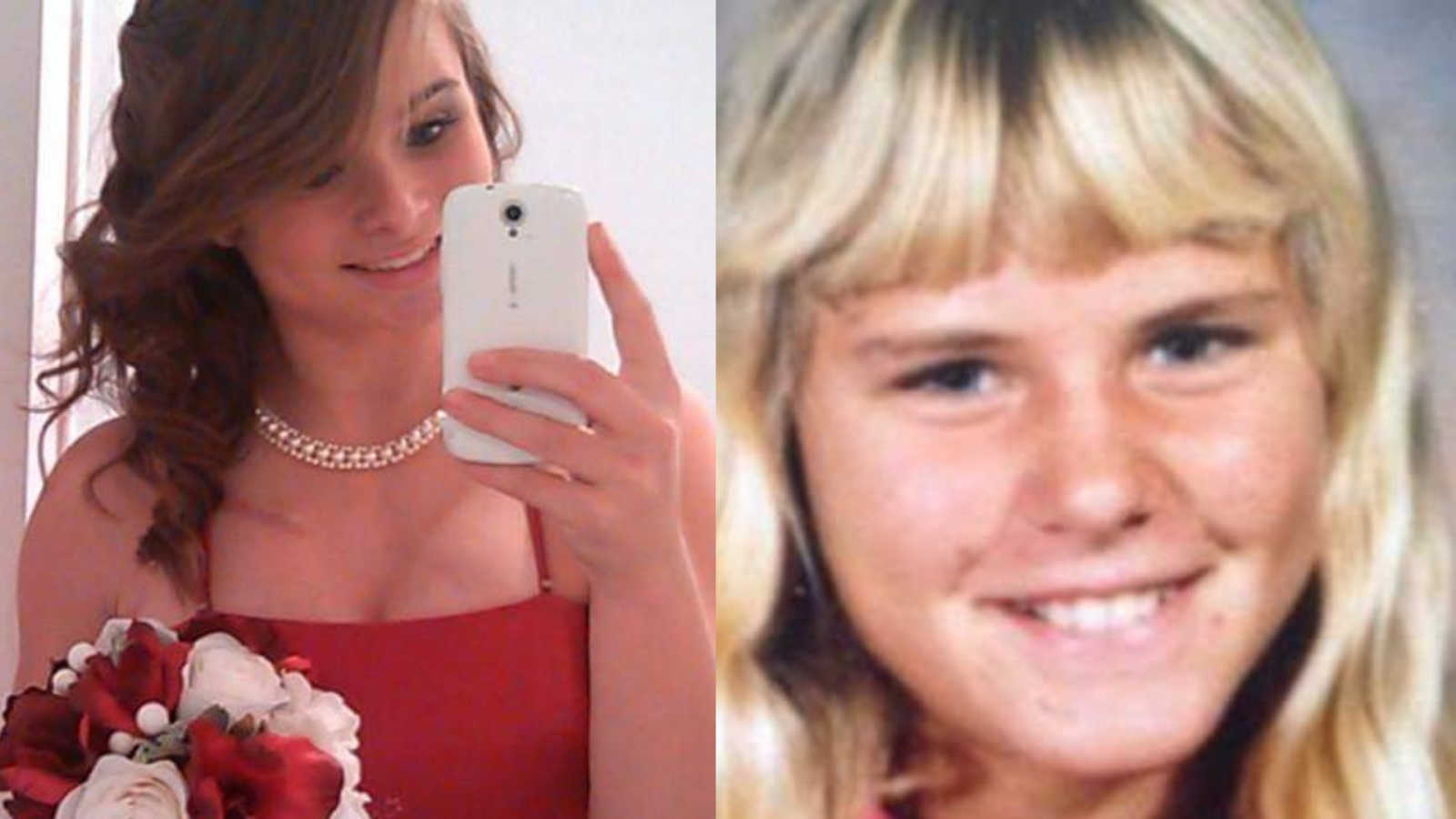 “At fifteen years old, I was like any other teenager. I had friends I hung out with regularly, went to school dances, and my extracurricular activity was going to my mixed martial arts classes. I had regular teenager problems like having a curfew, homework, and my dad telling me to ‘cover up’ more before going out. I lived with my dad, step-mom, younger step-brother, and younger brother. Something did set me aside from other teenagers and it wasn’t the anti-depressants I was taking. It was how the anti-depressant affected my heart and how I ended up escaping death.

It was at my step-brother’s birthday party when my life changed. My family and all my step-brother’s friends went to an indoor swimming pool. All the younger boys and parents were around the water slide and toys swimming and splashing each other. Naturally, I was by myself doing laps in a separate pool. My step-mom came over and called to me as everyone was getting ready to leave. I was going to the side of the pool when a boy about my age stopped me. He started talking to me, his lips were moving, but I couldn’t hear any words he said. Slowly, everything began to get darker until I emerged into complete darkness.

A little bit of backstory; I am named after my aunt Cara from my dad’s side:

She passed away at twelve-years-old. School was out for summer and my dad was dove hunting and team penning with my great-grandfather. Both my grandparents left for work that morning, so she was home alone until my grandmother got home that afternoon. My grandmother saw Cara laying on the couch, assuming she was asleep, changed a load of laundry, then realized she wasn’t sleeping at all. She was gone.

My grandparents and dad were told Cara may have passed due to encephalitis, a deadly disease carried by mosquitoes, because her brain was swollen. The problem with this explanation is that the brain swells naturally in a deceased body. No one knew how long Cara had been deceased so there was no certain way of telling how she really died. She had a previous episode to her death and my family didn’t know if it was related to her death or not. She had a bed wetting problem so my grandparents got her an alarm that should have woken her up if she started wetting the bed. One night, the alarm went off and wouldn’t stop. My grandfather went to her room and she wouldn’t wake up. He gave her chest compressions and she woke up. My grandparents followed up on this, but no one knew exactly what happened to her that night either.

My dad told me later he thought he lost me as well when he saw my limp, purple body being lifted out of the pool by a lifeguard. I wasn’t breathing and my dad or other lifeguards couldn’t find a pulse on me. I received CPR through a bag valve mask and began breathing again. When I woke up, I couldn’t open my eyes, but I could hear voices around me yelling, ‘She’s breathing! She’s coming to!’ I was conscious, then, eventually could open my eyes, but I couldn’t move my legs, arms, and didn’t have the strength to speak.

It took a while, but I was able to speak; then slowly was able to stand with assistance. The pool had been evacuated. The paramedics didn’t know what happened to me so they suggested I go to the ER down the street. When I walked outside to my dad’s truck where everyone else was, I received an applause. It was nice but I was terrified. On the way to the hospital, my dad asked me if I drank the night before or did any drugs at a friend’s house. I truthfully told him I hadn’t and this was confirmed at the hospital. The only trace of a drug found in my system was my prescribed anti-depressant.

After my step-mom dropped off my younger brothers at home, she came back to the hospital with my father and I. She had to help me go to the bathroom and get undressed from my swim-suit. I underwent a series of tests and all the doctor could find was a slightly irregular heartbeat. He told me to immediately stop taking my anti-depressants and had a specialist come to our house the next day to drop off a heart monitor I had to wear everywhere, including school.

The next few months of my spare time was going to a children’s hospital to test if I was prone to seizures, and physical and genetic testing. My cardiologist finally found an answer through the genetic test. I tested positive for a genetic disorder called prolonged QT type II. The slight arrhythmia issue the ER doctor found was caused by my disorder and was prone to getting worse by taking certain anti-depressants. Surgery was discussed that day to insert an implantable cardioverter-defibrillator (ICD). This device could act as a defibrillator or a pacemaker. In my case, the device would be programmed primarily as a defibrillator if I had a sudden heart episode again. To this day, no one has been able to tell if my heart stopped beating or if I actually died when I fainted.

I had a lot to think about the next few days. My doctor was outstanding, and we had his number if we had questions or needed anything between my regular check-ups. On the drive home, I kept thinking about my aunt Cara. She seemed to pass away in her sleep. I was afraid this would happen to me. While I was lost in thought, my dad said, ‘It makes sense now.’ I asked him what he was talking about. ‘My sister,’ he said. ‘It makes sense why she’s gone. Now we know. We finally have an answer.’ His eyes were watering. My family didn’t have answers for my aunt for decades but now that technology had improved and the world knew more about arrhythmia heart conditions, they had an answer for her death and answers for my future. I was scared and ended up telling my doctor I wanted the surgery. He called me a couple nights later around 9-10:00 PM. He said he had an opening for me the following week and he would help perform the surgery himself.

During the surgery, my heart was purposefully stopped three times to test if the device would work in a real situation. The first time, it didn’t work. The second and third times, it was working. Recovery was a hassle. The medication I took for pain was very strong and my dad had to help me eat by cutting my food. I couldn’t raise my arm for about a month and a half without feeling pain (not to mention I was ordered not to by doctors).

I was able to adjust to my normal life again with a few exceptions. I couldn’t go back to my martial arts sparring and street fighting without risking my device getting hit by accident. I also had to slow down on other activities for a while like boating, running, or swimming. I was still able to go back to being with friends and participating in school activities. I was the photography editor for my school’s newspaper where I  found my love for writing and music.

Though this isn’t a normal teenage experience and doesn’t sound fun, I’m grateful for it. I was able to continue the legacy of my dad’s sister. I believe she was somehow with me that day I had my episode to keep me alive. She wasn’t only there for me, she was there to give her older brother and parents the answer to her death from years ago. With patience, they were able to find a new form of closure. Her death was sudden, and no one’s fault. They know that now. Now, she’ll live on through me and protect me.

I can never express my gratitude to my family, doctors, MMA instructors, and friends for their undying support and research through his difficult time in my life. I am alive for a reason and I’m not meant to leave this earth any time soon. I’m twenty-three years old now and I’m proud to be an answer for my family and be named Cara.”

This story was submitted to Love What Matters by Cara Darr. Submit your story here. Subscribe to our free email newsletter here. 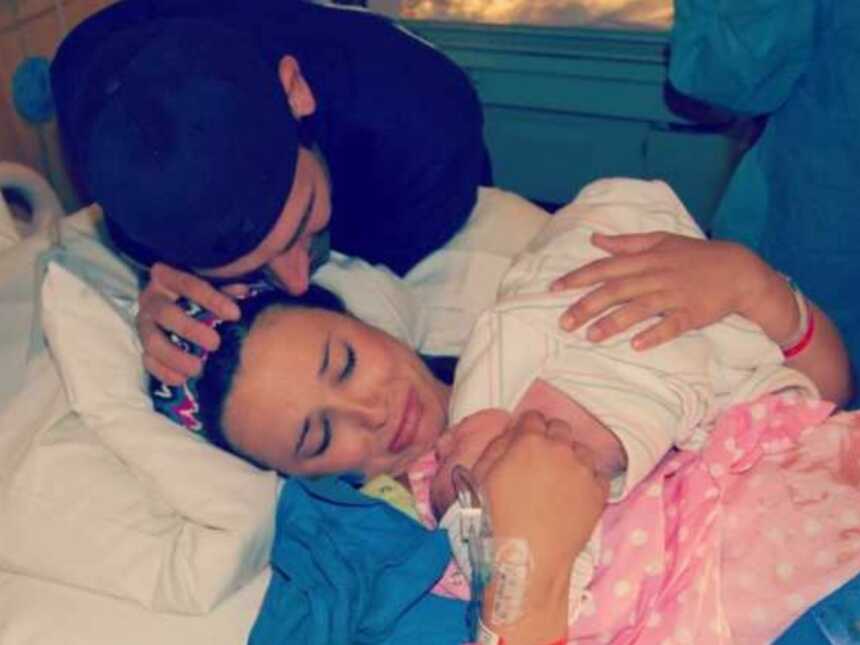