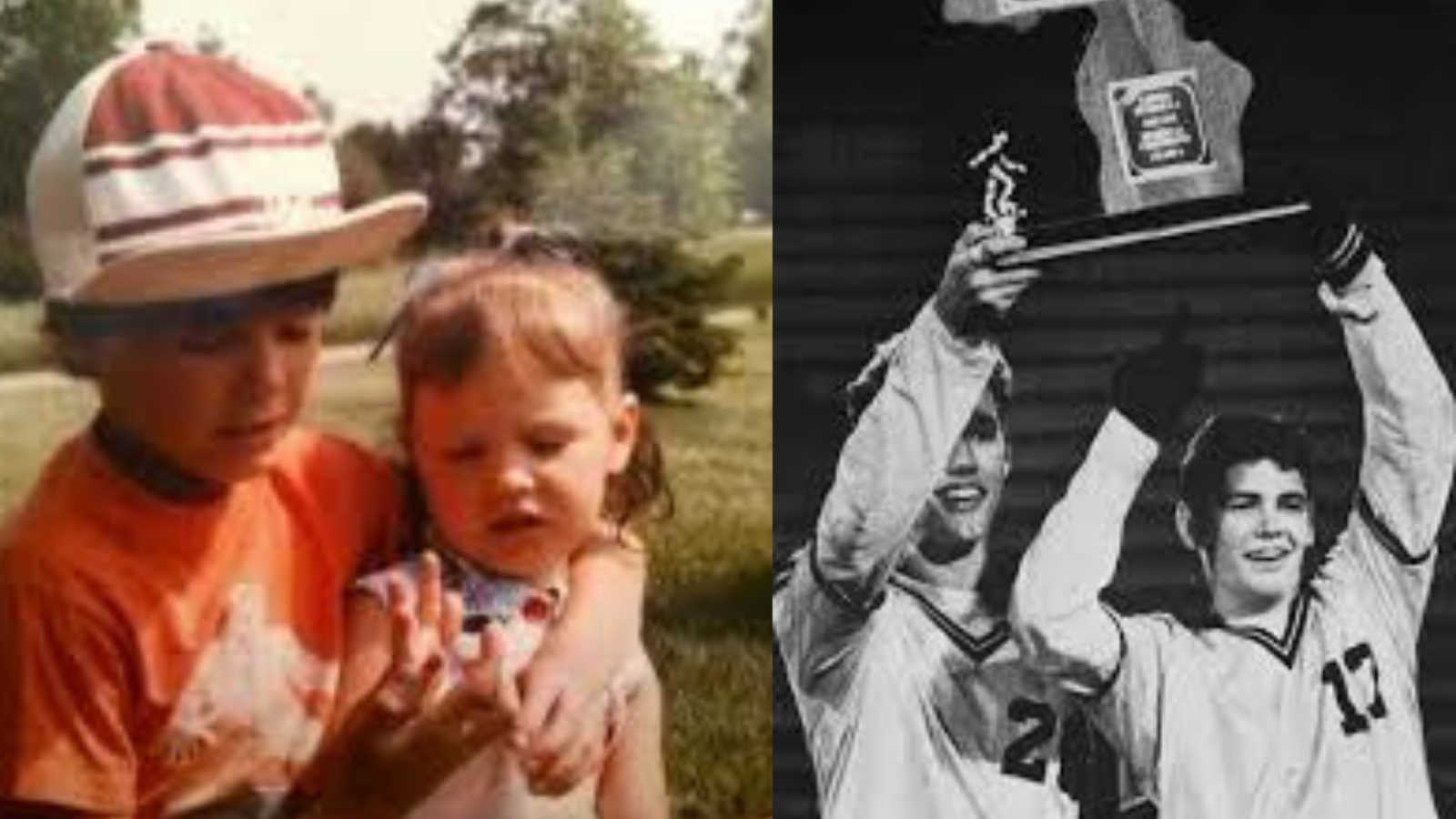 “Each year, when October rolls around I get stuck. It is almost like my body – my soul –  involuntarily braces itself for trauma. The crisp fall air, the smell of leaves and bonfires… they are all beautiful, nostalgic reminders of fall, and also nightmarish triggers that put my physical and emotional self on high alert, tragedy-ready. The grief that October holds for my family has always had a sort of gravitational pull on me. That one fateful night in October is how I mark time.

There is life before, and then there is after.

It was Halloween night many years ago, and my 17-year-old brother, Adam H. Provencal, was driving home from the Regional Championship Soccer game. He was a senior in high school and the captain of the soccer team, and this victory was worth celebrating, and it was big news worth spreading for our small, West Michigan town. When my brother (and his friend Mike) were driving home, they passed some of their friends out playing some harmless Halloween pranks and it seemed the perfect time to spread the news. So Adam pulled the car over and began regaling the details of their night, of his team and their victory.

I have no idea what my brother was thinking or feeling in that moment but, my guess, is freedom. I imagine a boy –  a sweet boy, crazy about sports, working so hard to maintain his 4.0 GPA in mostly advanced placement classes, editor-in-chief of the nationally recognized school paper, and all-around nice guy. And I imagine the pressure that that brings on a kid. I imagine him in this moment, and the hard work (for now) is done and has paid off with a regional championship. And he’s free.

He is young and free, and he wants to tell to his friends.

So, he pulls over and he and his friends are joking around and talking and hanging out, and they are young and free and unburdened in this one, pure moment.

The whimsical, carefree youth of the moment ended when a homeowner came out and was irate to discover toilet paper in his trees and saran wrap on his car. Though my brother had not been personally involved in executing these pranks, he had the car and perhaps that made him seem to be the ringleader. This man, carrying a canoe paddle, yelled and threatened to call the police and then took down my brother’s license plate number. I don’t really know if that was why Adam felt the need to go to the door or not, but he did. He decided he would walk up to the home, to apologize for being there: wrong place, wrong time. He planned to clear his name and offer to clean up the yard, and to be certain… he no longer felt young and free. He was likely terrified that he was going to get in trouble. So, he dutifully walked up to the man’s door and knocked twice.

The man did not open the door to hear him out, he did not yell at Adam to leave, he did not make good on his threat to call the police. When my 17-year-old brother knocked on the door that night to have a hard conversation, he had a baby face and scrawny limbs and braces in his mouth. And when Adam knocked twice on that door, the man gave no warning before he pulled the trigger of his shotgun, sending one, single blast through the closed front door.

One bullet changed many lives, some lives even devastated. But only one life was ended. My only brother, my parents’ only son, my hero, my friend… the only person strong enough to jump on a trampoline with me on his shoulders, and the boy who led me to a great faith adventure with Jesus, and taught me to dance like M.C. Hammer, and how to be funny enough to joke my way out of trouble. He was gone.

His murderer was in and out of jail after only two years. Two years. For a boy’s life taken in a rage over a bit of toilet paper that had been tossed in the branches above.

The senselessness of my brother’s death, the injustice, the lack of resolve… these are the things that haunted me each October. As I grew up and became a mother to my five little crazies, I was no longer satisfied to keep all of my little girl grief locked away inside me. I need to do something. I had to be productive and focus outward or I would implode with this seasonal grief and cyclical depression. I wanted to commit myself to honor all the good Adam would have done to the glory of God if his life had not been cut short. I began doing 31 acts of kindness for the 31 days of October. I used my blog to process and externalize this world of grief that had been internalized and locked away inside me for so many years. I pushed through the vulnerability hangover, and I laid down all the shame I carried. Shame for surviving when he didn’t, shame for not doing more, being better… shame for still being alive. I said all the hard things I was sure would make me sound crazy. When I did this, when I told my whole story, even the ugliest bits, something miraculous happened.

I found people could relate, they could understand, they too grappled with cyclical grief and survivor’s guilt. I discovered that kindness is redemptive, and restorative. Both for the giver and as the recipient, kindness can be healing and transformative. I learned that when you open yourself up to share hard truths and to give great love, there is always more, there is always enough. I learned that if small memories of my brother can trigger great, profound waves of grief, so too can small acts of kindness create a powerful and infectious movement. And that is what took place. Thousands of readers now participate each October in an initiative we call #AdamsActs, because these are the types of kind acts we believe Adam would have spent his life bestowing upon others had his life not been tragically cut short.

This story was submitted to Love What Matters by Lara Capuano. Follow her journey here and here. Submit your story here. For our best stories, subscribe to our free email newsletter.

‘My girl looked at us, tears in her eyes. ‘I don’t get a baby brudder?’ My heart shattered.’: Mom details ‘adoption roller coaster’ in the wake of father’s tragic death

“She’s chosen you!’ My husband and I sat outside the room and stared at each other, about to open a door that’d change the rest of our lives. We took each other by the hand, flashed timid smiles. As we entered, I could feel that something was off. I could see cars driving, people walking, life moving by. As for me, time seemed to stand still.” 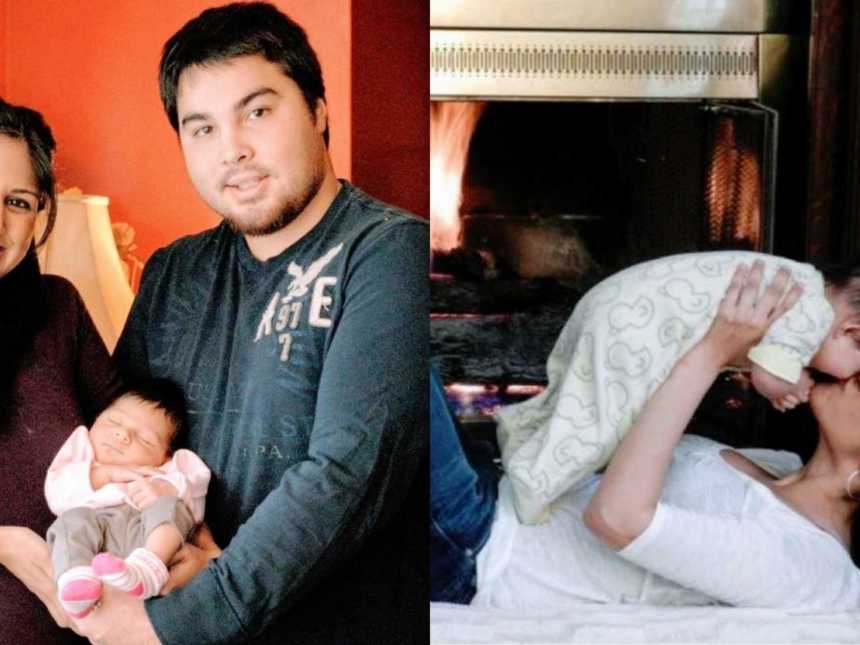 ‘My daughter said, ‘When you were married, you always fought. I’m happy now.’ Don’t think staying together for the kids will help.’: Mom shares co-parenting journey, ‘It won’t be this hard forever’

“I woke up from brain surgery knowing this was my second chance. This was not a marriage to be proud of. The kids deserved better, and so did we. The divorce was the best thing that ever happened to us.”