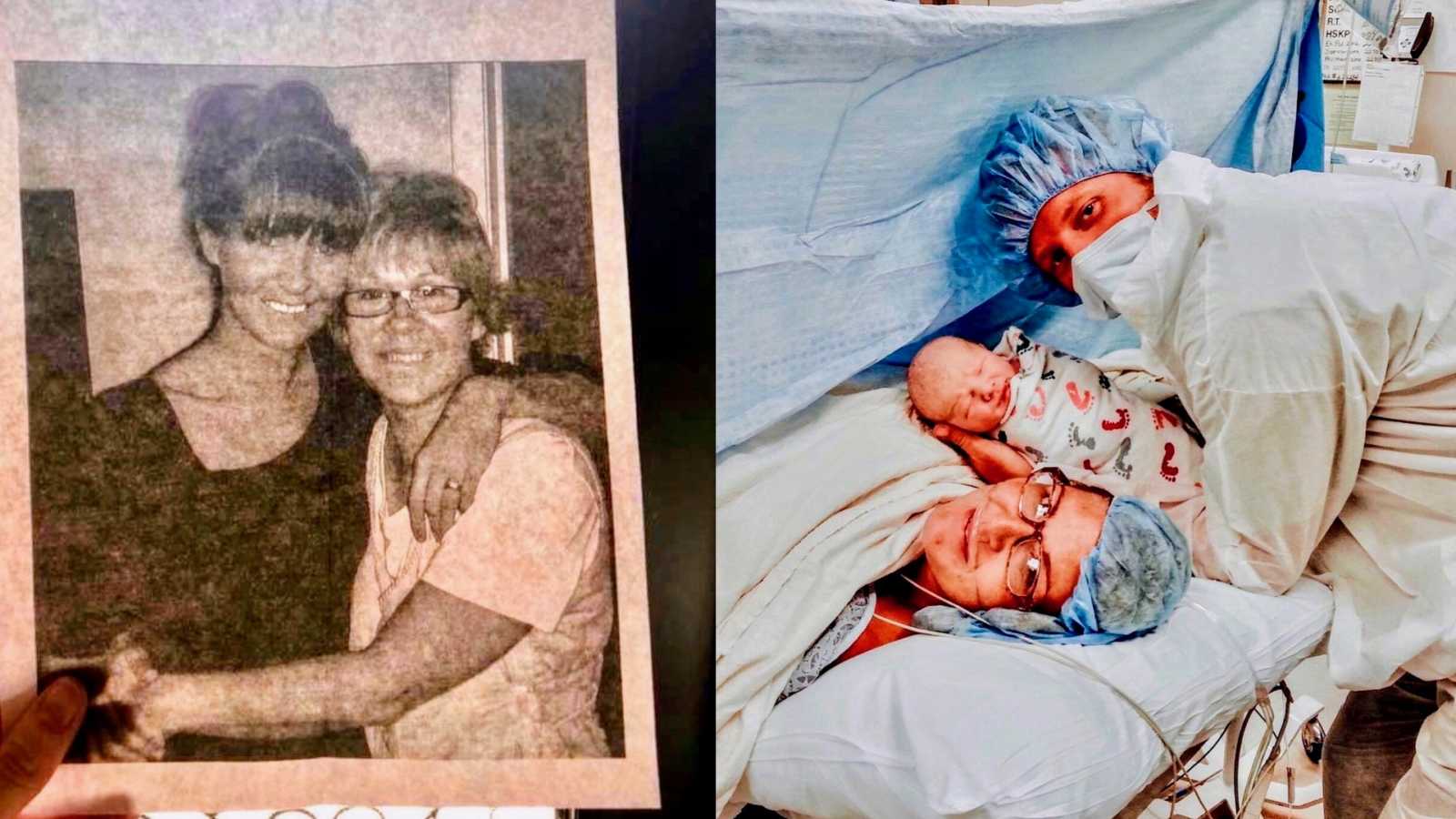 “I didn’t just lose her the day she died; I’ve lost her many times over the years.

I lost her in aisle five at the grocery store all over again when I looked down and saw the smoothie packet, I would buy for her when she was too sick to keep anything else down.

I lost her the day I gave birth to my first son and the room was filled with so many people, but she was missing, it wasn’t completely full because she wasn’t there and again with my second and third son.

I lost her the day I picked up the phone to call and tell her some exciting news and I realized I could call but she would never answer.

I lost her the day I sat on my back porch and the seat next to me was empty, the seat she would sit in and help me solve all of my problems.

I lost her the day my first son graduated kindergarten and I didn’t need to save her a seat because she wouldn’t be there.

I lost her every birthday and holiday that I could put her on the invitation list or send a card to.

I lost her the day I had to tell her goodbye for the final time.

I lost her the day we had our final phone conversation, text message, hug and I love you.

I’ve got her many times over the years and not just on the day she died.

But I’ve also found her too.

I found her in aisle five at the grocery store when I saw the smoothie packet and remembered that she was sick and still she fought.

I found her the day my first son was born and the room was filled with everyone except her but I looked down at my son’s sweet face and knew that they had already met before he came down from Heaven and she had already made it up there.

I found her the day I picked up the phone to call her and knew that even though she wouldn’t answer, if it was up to her, she would.

I found her on the back porch that day in the empty seat because everything she taught, all the things she said we’re forever a part of me so I knew what she would say if she was sitting there.

I found her at my son’s kindergarten graduation, she was watching from the best seat of all, the one from up above so any seat I saved her couldn’t have compared anyways.

I found her somewhere in every holiday, birthday party and important event.

I found her in those final texts and old cards reading them over and over.

I’ve found her all those places because no matter how many times I’ve lost her over the years a part of her has always been with me so she will always be wherever I am.”