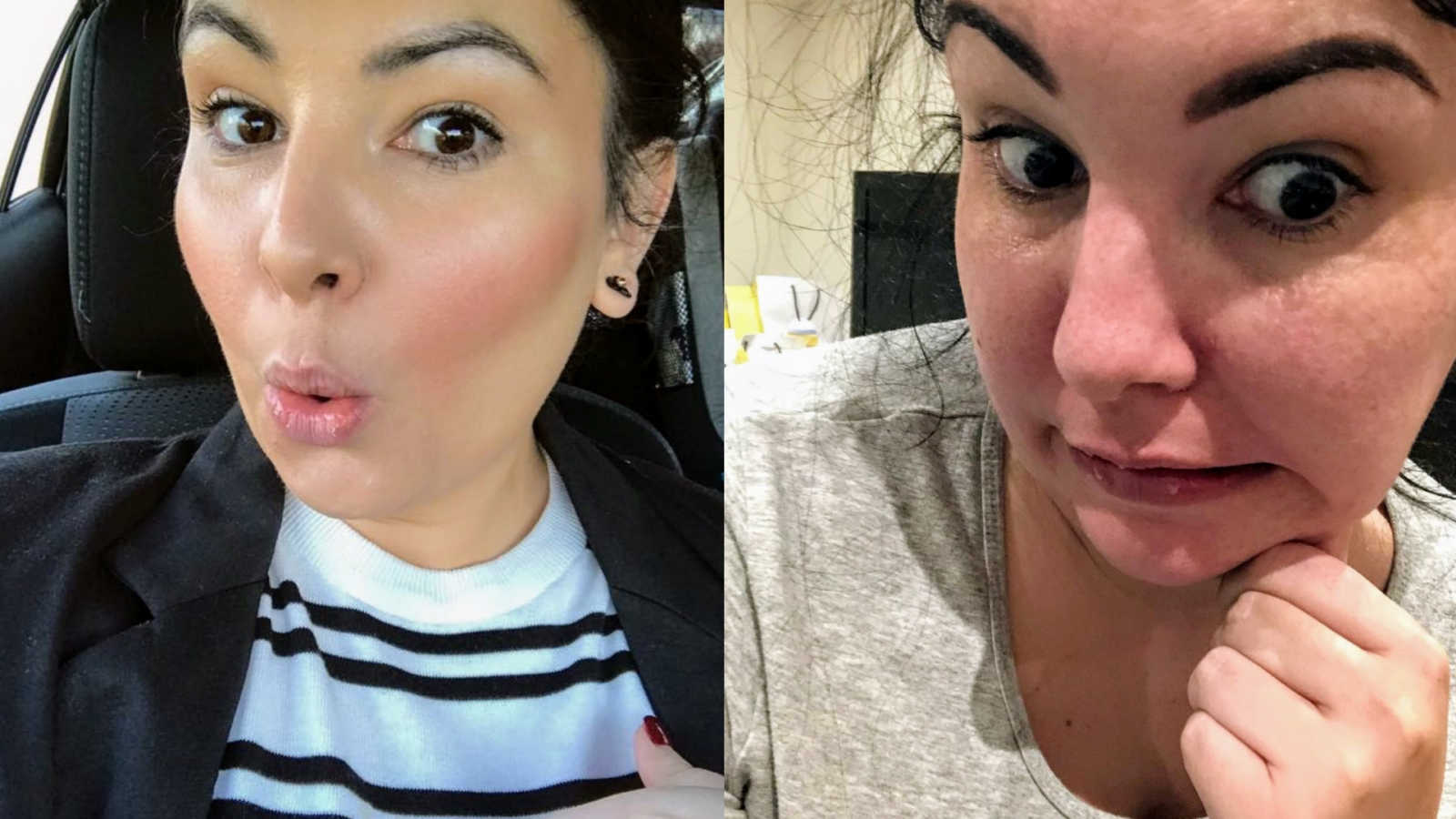 “Went to the pharmacist because I have Tonsillitis.

Yes, I’ve mentioned this before because no one cares at home, so I am looking for sympathy.

Bought alllllllll the things at the pharmacist. The soothers, the spray stuff, some chocolate. All the necessities.

I lined up behind Bon Jovi, circa ‘Blaze of Glory,’ minus the long hair, who noticed me because he could hear me doing this weird thing I do when I scratch my throat with my tongue and basically sound like a pig having a stroke. (When he looked at me I stopped because well, Bon Jovi.).

We both got called at the same time. He went to the nearest check out and I went to the one closest to the door, farther away. Not the greatest of etiquette Jon Bon Giovanni, but hey.

I bought allllllll the things, because I have Tonsillitis, did I mention that?

I finished first, always a good thing, and rushed to the door so I could continue scratching my ear and not be seen looking the way I do.

Got about four steps out the door when I hear Bon Jovi say, ‘Sorry! You dropped something. It’s stuck to your foot.’ I turned around thinking it may have been something I bought for my, (you guessed it), Tonsillitis! But no, it was a black handkerchief? No… what was that?

Well, we both realized, it was my underwear… and he realized as he picked it up, tucked half in my jeans, and kinda tossed it towards me in disgust.

I was going to say, ‘It’s not mine!! I have Tonsillitis.’ But who was I kidding? It was the size of a parachute and it was mine. See, it turns out when I left the house, I grabbed some old jeans that I whipped off before a shower yesterday, but had neglected to take my underwear out of. So, when I rushed to the door to get things for my… Tonsillitis, I just put on whatever I could find on the floor, and clearly, I’m a pig, so.

I just grabbed them from him and sighed and walked to my car scratching my throat/ear squealing like a pig.

No point even being embarrassed. This is my life now. Tonsillitis, large granny underwear and Bon Jovi seeing me in all my ‘Blaze of Glory.’ (To be fair, I always thought it was Blades).”