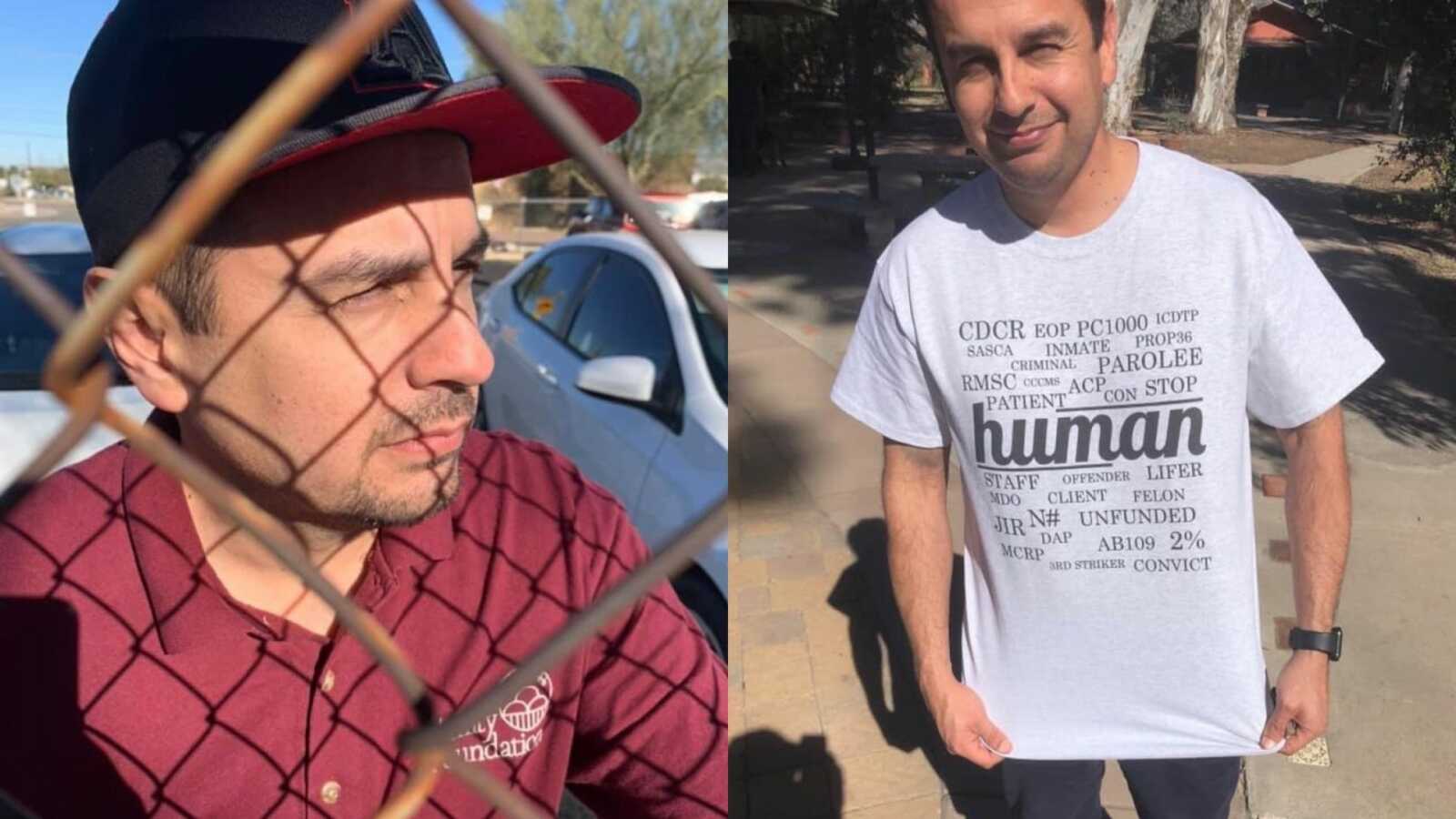 “Reflecting on the past…

‘As I walked out the door toward the gate that would lead to my freedom, I knew if I didn’t leave my bitterness and hatred behind, I’d still be in prison.’—Nelson Mandela

I stayed awake all night.

No, not from drugs this time.

This time from overthinking.

I laid in my cell in California Rehabilitation Center in Norco, thinking about what freedom would be like for me.

I was living in a world where it felt like time had stopped.

Living in prison was a world in itself, and it had been my world for almost four years.

As I thought about my release, I wondered if I would return to the same life I had known before being locked up.

A life of drugs, crime, and doing whatever I felt I needed to do to survive.

I knew that too often, my friends’ releases from prison led to a return to that life, whether that was their intention or not.

I knew society would look down on me even more now that I was deemed a ‘felon.’

I had heard the stories from men in prison who returned after being released and were re-arrested after violating parole.

I remembered the struggle of friends who had been granted parole and their difficulties in getting a job, food, and housing, and that had limited their options, and they resorted to crime to survive.

I watched them face barrier after barrier, I saw their hope slipping away, and I witnessed their eventual return to what we knew would keep the cycle going.

My mind swirled with all these thoughts as the cold air in my cell hung over me that night before my parole release date.

I knew I wanted a better life for myself and would give it my all.

But when you’ve seen it happen before—when your only examples are people who have tried and not succeeded—your vision becomes fogged.

I had already started to doubt myself and my chances for success.

And as strange as it might sound, I was feeling some sadness too—I would be leaving behind some friends in that prison, people who bonded in those circumstances.

We took care of each other as a family.

Correctional Officer Brayshaw walked by and noticed I was up late.

He stopped and asked me if I was OK and if I was thinking about my release.

He replied, ‘Losoya, you’ll do OK. Just remember you don’t have to return if you don’t want to.’

It felt like that was an insult—my peers hadn’t wanted to return either, but sometimes the system sets you up for failure.

But I knew there was a bit of truth there too.

My mindset, my attitude played a role, as did my decisions, my opportunities, the people I chose to surround myself with.

As the hours flew by, I heard the door open.

Officer Vela came on, and I was happy that he worked that morning.

He was one of the few officers who treated us fairly, and I wanted to say goodbye to him.

The lights went on.

Over the intercom, I heard our dorm called: ‘409, get ready for chow.’

I wondered what happened and if I would be delayed another day.

After a few minutes of waiting in fear, I heard ‘Losoya G10913, roll it up for parole.’ I was ready.

The guys started saying goodbye and I began to cry.

I couldn’t stay too long saying bye because once they call you, they mean ‘Get your a** to the gate or forget it until tomorrow and try again.’

So I grabbed my property and stepped out of the gate, and went down to R&R—Receiving and Release.

As I sat there waiting in that holding tank, so close to release, I wondered if my grandmother was waiting outside for me, if she’d been able to come to pick me up as she had hoped to.

In a single-file line, they marched us down to a van to drive to the parking lot where families—if they showed up—would be waiting.

My eyes anxiously searched until I saw it—my grandmother’s car and her standing against the back of the vehicle.

I knew she would, but it still came as a relief that someone was there for me.

Again, the emotions overcame me.

I got out and walked towards her.

We hugged, and we cried.

As we got into the car for the drive out, I was prepared for what I thought she would say to me.

‘You better get a job. Where are you going to live? You need to do this and that and that.’

I paused and said, ‘I don’t know. But I will do whatever I need to do to never return here. I want to become a better man.’

‘Good,’ she replied, ‘And whatever I can do to help with that, I will.’

And we drove away from the California Rehabilitation Center.

I can’t say that prison did anything to rehabilitate me, but I sure hoped I had the strength within me and around me to do it myself.

This story was submitted to Love What Matters by Jess Loyosa. You can follow his journey on Instagram and Facebook. Submit your own story here, and be sure to subscribe to our free email newsletter for our best stories, and YouTube for our best videos.

‘SWAT, OPEN THE DOOR!’ Awakened into a nightmare, my husband was their suspect.’: Woman overcomes parental loss, abusive relationship, ‘I went from prison wife to purposed-filled life’

‘If I can do it, anyone can.’: Man who spent half his life in prison graduates with honors at 62