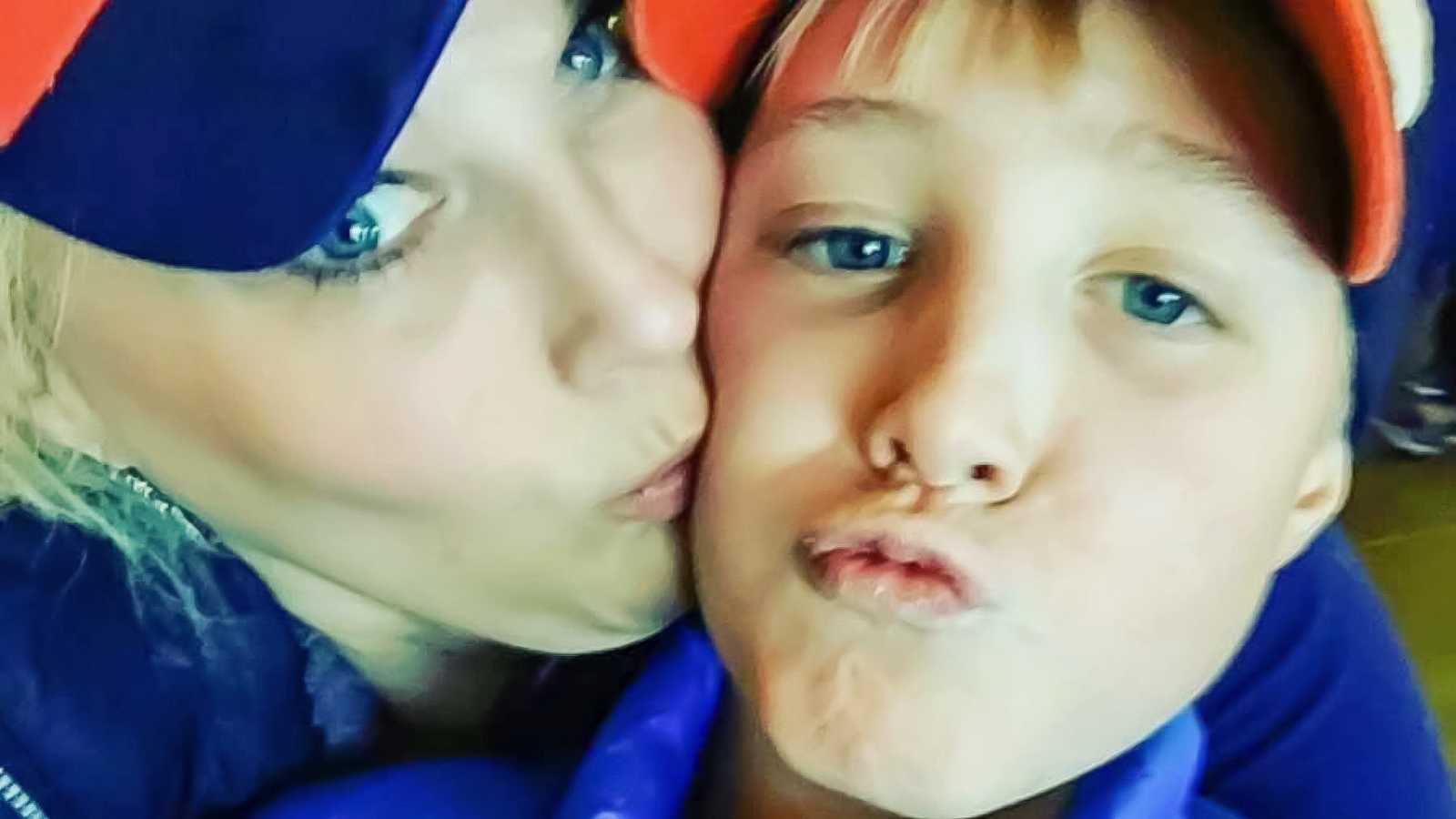 “My Carson, he was my sunshine. He and I shared a special bond. His father passed away when he was only 4, so both of my boys and I were very close. We called ourselves the three amigos and always promised to watch out for each other. Carson and I shared more than that though. I could read the twinkle in his eye and he could read mine also. It was almost like we didn’t need words to communicate, however Carson was a talker. We talked all the time, about everything.

One thing we did not share in common was his sense for adventure. He wanted to live life for all it was and always pushed the limits. I admired him on a human level for it, but on a mom level, I was always scared and made sure he was in lessons to teach safe technique, and of course insisted on the proper safety gear.

The day that changed my life started out as a beautiful October day.

We were planning to leave early the next morning for a family getaway to Albuquerque, New Mexico, for the hot air balloon festival to celebrate my birthday. We were excited to slow down and spend a weekend together with no sports, school, or work obligations. Carson had parent teacher conferences that afternoon so I met him at school. It was one of the best conferences I have had, and as his mom, my heart swelled with pride as the teacher said Carson’s test scores were at the tip of the class. Even more importantly to me, she said Carson was very much a leader in the classroom. She said, ‘When you do something, the other kids follow, so when you behave well and make good decisions like you have been, it makes my job as the teacher easier and I appreciate that.’  I told Carson how proud I was of him and squeezed him tightly as we walked out of the school.

When we got home we sat together at the kitchen table and finished homework while his stepdad was making dinner. I sent him up to his room to start packing, but I told him dinner would be ready soon so to come back down in 10 minutes. Ten minutes passed and I yelled upstairs for Carson and his brother to come eat. Carson did not answer.

This is the second my whole world would be turned upside down. I went upstairs and found Carson unresponsive. I screamed in a way that made my whole family rush upstairs. I started CPR as my husband called 911. Six minutes later the response team was in our home and soon after, I watched my baby being loaded into a flight for life helicopter and flown away to Children’s Hospital.

I was so confused. Even today it seems more like a heart wrenching movie I watched rather than my real life events.  Carson fought for over 24 hours at the hospital but his brain had suffered too long with the lack of oxygen and he passed away – the night of my birthday. The night we were supposed to be watching a hot air balloon show on vacation as a family. Saying goodbye to Carson… there are no words.

In the days following, with some information from the hospital and some friends, we began to understand what had happened. It was a game or challenge that goes by many names, but is referred to as the ‘pass out challenge’ in our area. I had remembered a conversation Carson and I had about two weeks earlier. He was talking about the challenges that were going around and he told me about the Tide Pod challenge. He said it was so stupid and dangerous and said he would never do anything like that because he didn’t want to hurt his body. Being a skier, skateboarder, and baseball player, he had recently started taking gummy vitamins and drinking 2-3 glassed of milk each day so he could ‘buff up his bones.’ In that conversation he mentioned the ‘pass out challenge,’ but he did not elaborate, and with much regret, neither did I.

Hindsight is 20/20 and there were signs… the red eyes and headaches that just started two weeks previously. It did not go unnoticed. I actually asked him if I needed to make a doctor’s appointment to get him checked out but we had just spent the weekend in the mountains on SUVs rock climbing and we all chalked it up to allergies. I honestly don’t think he understood the relationship between this challenge and the consequences to his little body. I heard from the other children after the fact that they thought this was the safe way to get a rush…like riding a roller coaster. Afterwards we also found belts in his room that looked like he had been experimenting with this terrible game. There was also a video that we found out about. Some of the boys watched this video that demonstrated ways in which this challenge could be completed ‘safely’ while alone.

In the days following the accident, the local news asked to do an interview to spread awareness. I agreed as I heard the teachers now haunting words. ‘You are a leader and what you do the other kids do.’ The news story went national and I began to receive messages from parents all over the country and even the world reaching out to tell the story of losing their precious children to this same challenge… so many stories, all so eerily similar. How did I not know about this? Why are we not talking about this as parents? So many parents thanked me for sharing our story because it allowed them to open up dialogue with their children and so many were surprised that their child either had tried this or know a friend that had tried it. I have heard stories of kids as young as second grade and in places like the playground or bathroom at the school.

I will miss Carson for the rest of my days here on earth. Such a senseless accident will leave my heart broken and empty forever. I think about him constantly. Many times I laugh about what a funny guy he was and how insightful he was, far beyond his 11 years. I try to focus on how much I learned from him. There are many times however I cry, big, hot tears that seem to come from the inside of my soul for what I have lost, his future. Please talk to your children about this challenge. Please use Carson’s story to save another child’s life. Saving others from this heartbreak is the only silver lining I can find right now, so please spread the story for a mother who lost her sunshine.”

This story was submitted to Love What Matters by Tia Bodkins.

Do you have a similar experience? We’d like to hear your important journey. Submit your own story here. Be sure to subscribe to our free email newsletter for our best stories, and YouTube for our best videos.

‘I’ve been saving this money. I heard your husband died. I want you to have it because I still have my dad. Merry Christmas.’ It was a child’s handwriting.’: Widow receives unexpected act of kindness, now wants to pay it forward