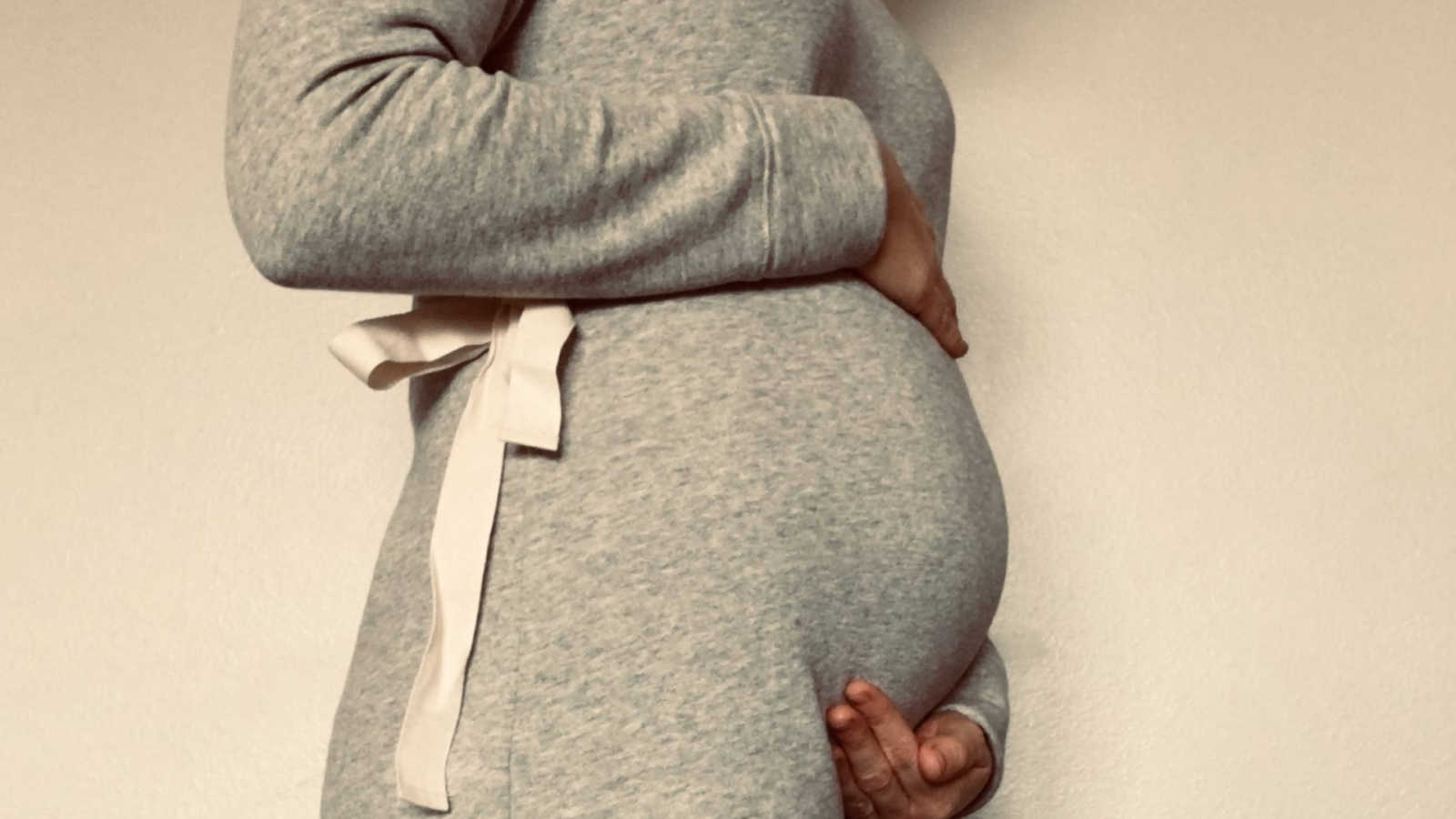 “I’ll never forget walking into the hospital on a cold January night, preparing to give birth for the second time. The nurses buzzed me through the doors of Labor and Delivery, but the atmosphere was anything but celebratory. I was just 20 weeks pregnant and before the night ended, I delivered a baby who had no breath.

Giving birth had resulted in death instead of life.

The hope that I had carried in expectation of adding a baby to our family had vanished. There would be no birth announcement, other than a short email explaining my baby’s demise. There would be no sleepless nights spent calming a crying newborn. Instead, the sleepless nights would involve my own tears spilling from my eyes and dripping onto the exterior of an empty womb. There would be no milestones to document or family vacations to remember or first days of school to celebrate. My baby had died and so had my hope.

The months following my loss involved suffocating sorrow. And confusing doctor’s appointments. And prayers of desperation. I was overwhelmed with sadness, anger, and defeat. I had no expectation that life would ever again offer me any goodness.

But as autumn of that year came to a close, I was once again pregnant. And despite society’s perception of it being a normal pregnancy, it was anything but. After losing a baby, nothing feels normal. Pregnancy after loss is tainted with the memory, the pain, and the trauma of a pregnancy gone wrong. The hopeful expectation of a normal pregnancy does not exist in pregnancy after loss; there is instead paralyzing uncertainty surrounding the outcome.

The abundance of hope that I had once associated with pregnancy had dried up. I wasn’t certain that the nursery or stockpiles of baby clothes and diapers would ever be used. Through loss it became clear that life is never guaranteed. And unlike the pregnant women around me, I knew that I might not have the opportunity to breathe in the scent of a living newborn baby.

Hope during my pregnancy after loss was definitely in short supply. But strength was not.

I quickly realized that pregnancy after loss requires nothing short of superhuman strength, strength that in my experience must have been breathed into me by God Himself.

It wasn’t the physical discomfort that required such power, such strength. It was the emotional toil that threatened to defeat me. The emotions that resulted from the loss of my previous baby and the uncertainty about the future of the baby I was carrying. Each time I thought about giving birth, I recalled my previous experience. I remembered holding a lifeless baby in my arms and wondered if I was destined to produce only corpses going forward.

Strength was required to try again, when experience had told me it wasn’t worth it.

Strength was required to rise out of bed each morning, while wondering if I had awoken to the day in which my baby would die.

Strength was required to announce my pregnancy when there was a chance, I might be announcing its tragic end soon after.

Strength was required to face the inevitable questions of ‘is this your first pregnancy?’ Or, ‘how many children do you have?’

Strength was required to overcome the embarrassment of calling the doctor more often than she would have preferred.

Strength was required to endure weekly appointments and painful shots.

Strength was required to choose a nursery theme when I knew the nursery might never be used.

Strength was required to buy a ‘going home’ outfit for a baby who might not actually go home.

Strength was required to simply wait, knowing that tragedy might occur while doing so.

Strength was required to take a chance on loving a baby, who wasn’t guaranteed the opportunity to love me back.

Strength was required to fight for something, someone, that I wanted so badly, when I knew I might come out on the losing end.

It wasn’t hope that carried me through a difficult pregnancy, it was strength. And in the hole of hopelessness, it was strength that lifted me out. Strength that is now poured into parenting my babies who are nothing short of miracles, as far as I’m concerned.”