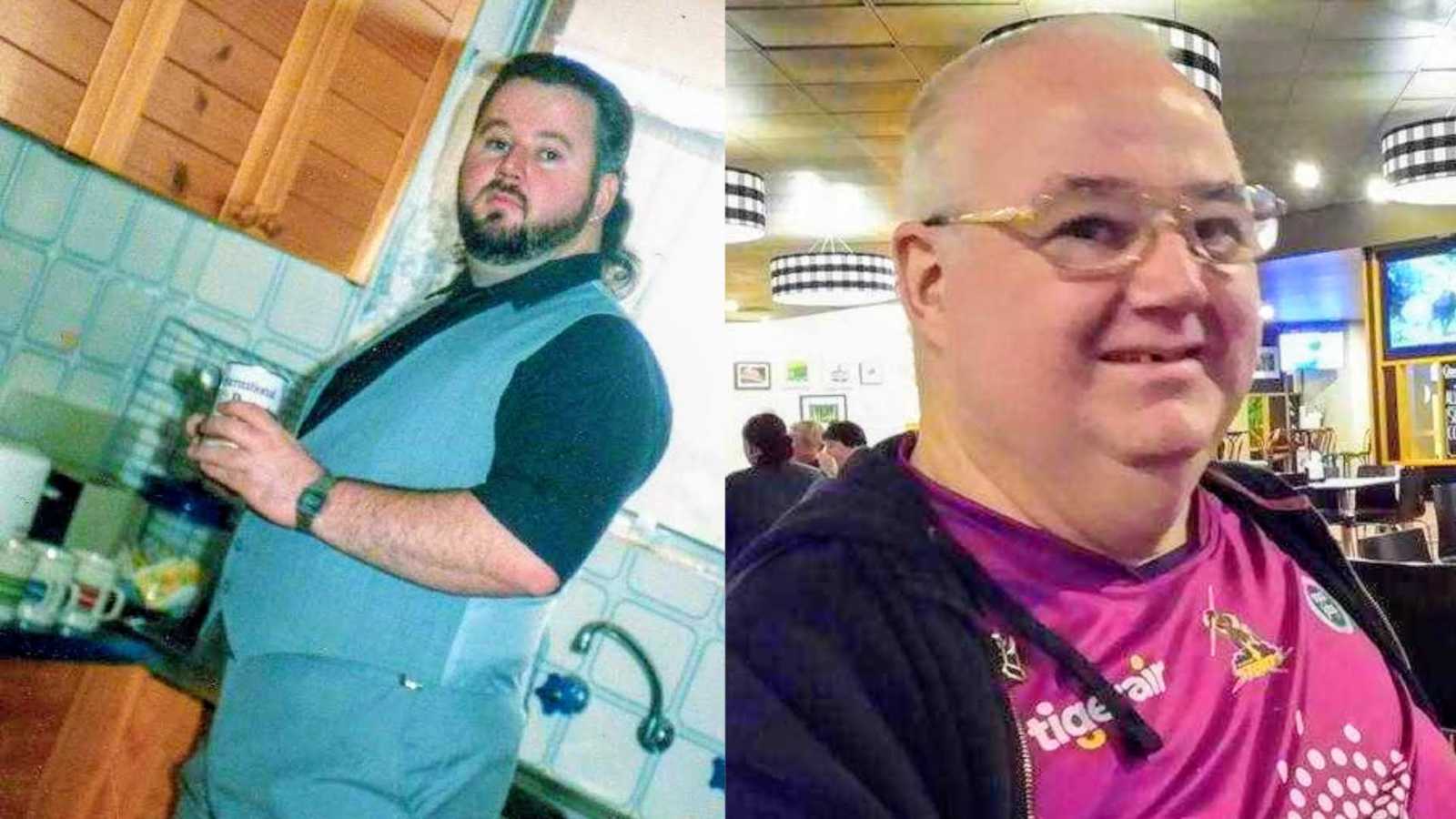 “I first met John at my local railway station. He was the Station Manager and whenever he saw me, he’d say, in his loud booming voice, ‘Hey Sunshine!’ I’d always stop and chat with him until my train came. We’d talk about life or just silly, insignificant things in our everyday life. John always looked after other people and he looked after me. On multiple nights of the week, I would walk through the station late after work and there he was. He would wait with me until he saw I had been safely picked up.

When I got a new boyfriend, I asked John what he thought of him. John never minced his words. He had the ability to tell it straight, and he pulled no punches with telling me his answer. When I went and told John that the boyfriend and I had broken up, he was straight to the point. ‘Good. You were too good for him anyway.’

As time went on, I continued to see John in passing on my way through the station. One day, he said he was leaving and taking his redundancy. ‘I promise to stay in touch,’ he told me. As it so happened, John and I were insomniacs. So, during the times we couldn’t sleep, we would message each other.

In early 2018, John told me he had been diagnosed with throat cancer. That day is imprinted on my memory. He messaged me saying he needed to talk, and on the phone was best. When I picked up the phone, he was quick to explain. ‘It’s cancer. They caught it early. I’m starting treatment next week. Friends are taking me to the pub.’ When my boyfriend Rod and I visited him again he had more news. ‘It’s spread to my lungs.’ He had started radiation and this would be followed by chemotherapy. He told us this as we sat there in his lounge room.

The times we visited John were anything but sad. There were harsh truths about his illness. The treatments made him quite tired and nauseous. He spoke often about his need to do his will and how he was planning his funeral. It was incredibly hard to hear those conversations but, at the same time, I understood his need to have them. It was important to him to meticulously plan and it meant he had one less worry on his mind.

One beautiful summer day, we were driving to a restaurant when John spoke to me about time. Throughout his illness, John’s favorite quote was, ‘It is how it is, and I can’t change it.’ At that moment, he taught me about bravery and strength. He also taught me about acceptance and living in the present. But that doesn’t mean he didn’t fight incredibly hard to gain as much time as he could.

There were harsh truths and somber moments, but what I remember most is the laughter. The many football games I sat through, the long-animated conversations between my boyfriend and John about history, wrestling, football. John speaking passionately about his beloved Melbourne Storm. I used to tease him about the fact that he probably liked Rod better than me, seeing as they had a lot of more similar interests. John retorted with, ‘The next time you’re at work, I’m going to message your boyfriend and we will hang out.’ They both laughed to themselves loudly; I had no doubt they would have done just that. Rod and I would drop in on Sundays to check if John was alright, and on the weeks he wasn’t doing his treatment. We didn’t speak much about John having cancer, we just spoke of it in passing. He would rather talk about other topics, and it truly wasn’t what he or we dwelled on.

I admit, there was a certain level of sadness and fear on my part when I saw John was breathless. He always had this big bottle of water near him and would take a huge gulp when he couldn’t breathe and then continue with his conversation. As time went on, the number of times he was out of breath increased. It also became apparent he was getting more tired.

Slowly but surely, the Harley Davidson he loved to ride defiantly while sick was replaced by a car, and trips got shorter and shorter. Dinner out would always be in close radius to where he lived. But still, we went out and enjoyed ourselves. He would wear his trademark black motorcycle jacket. He would push through the tiredness, the sheer exhaustion and side effects of the chemo.

Just after Christmas in January 2019, we heard John was in the hospital because he was very breathless. ‘I’m starting a new treatment and the doctors aren’t sure what’s wrong,’ he said. After messaging him and getting no reply, I checked Facebook updates for new information. I resolved to ask one of John’s friends when I next saw him. When I ran into him, he said, ‘John can’t reply to messages anymore. He’s not well enough. If you want to see him, go this week.’ That very day, John put up one more post to let people know he was going into palliative care. The next day, Rod and I visited him there.

Walking through the doors of palliative care, I was struck by how quiet it was. It felt a world away from the chaos of the outside world. We walked quietly to John’s room. I gave John a careful hug and Rod shook his hand. We found two seats and moved them close to the bed. We were told, ‘I have limited time left.’

You think you will say the right things, but you don’t in those moments. I was speechless. There in the hospital, we had a wonderful conversation. There were many times he looked at me and said, ‘I’m ready to go now.’ I understood that. He had made a point of saying that when his time came, he didn’t want to hang around. I don’t believe he was scared of death or dying, he was more afraid of lingering on for days. We stayed for a long time that day. We could see John was very tired and breathless. But still, he livened when he spoke of his beloved Melbourne Storms, his bike, and his new Red Chevy.

After he fell asleep, we quietly got up and said our goodbyes. I recall saying, ‘We will see you next time.’ But looking into his eyes, I wasn’t so sure. After visiting John, I spoke very little. I was in shock and I just felt very tired. It was so difficult to see him so unwell and not be able to do anything. I felt helpless.

The following day after visiting John, I had work. I was feeling drained but I resolved to go in, rather than just wait around worrying over John. I decided to go to a café and regain some normalcy and routine to my day. After ordering and sitting down to eat, I managed to drop a whole bottle of coke on the floor. It smashed everywhere. Sometimes it is the smallest little thing that is the final straw and for me, it was just that.

An elderly woman walked up to me and asked, ‘Are you alright?’ I explained I was having a bad day, and she said so was her daughter. She then coaxed me up to move to another table, told the staff what had happened, and wrangled me another drink. She also got me food and cutlery. She gave me a big hug and, after checking that I was alright again, moved back to her table. I could tell she wasn’t well herself. She was walking very slowly, as if in pain or discomfort. Yet she still walked all the way over to me to help.

It is the kindness of strangers that I appreciate the most. It is their kindness that helps us in our most difficult moments. She never gave me her name, but her just helping me gave me enough time to compose and recollect myself. I went to work that day and I came home. The next day, I checked for any updates on John.

Five days later, John passed peacefully. We never did get to go visit him again, perhaps he knew it would be like that. Over those five days, people streamed in and out of his room, saying their goodbyes, people held out hope and stayed vigil when he lapsed into unconsciousness. Those few last days were the personification of love, and love for John. At John’s service, the chapel overflowed out of the doors and into the entrance with pews packed to the brim with people. He was man who gave so much of himself, who was selfless, funny, straight to the point, and larger than life. Our farewells included laughs and jokes, just as he would have wanted it to be. It echoed who he was to every one of us. It was only fitting the service had the song ‘My Way.’ It’s the epitome of who John was. He lived his life focusing on the present and filling up every moment. I will cherish our memories forever.”

This story was submitted to Love What Matters by Lisa Thornton. You can follow her journey on Instagram here. Submit your own story here and be sure to subscribe to our free email newsletter for our best stories.