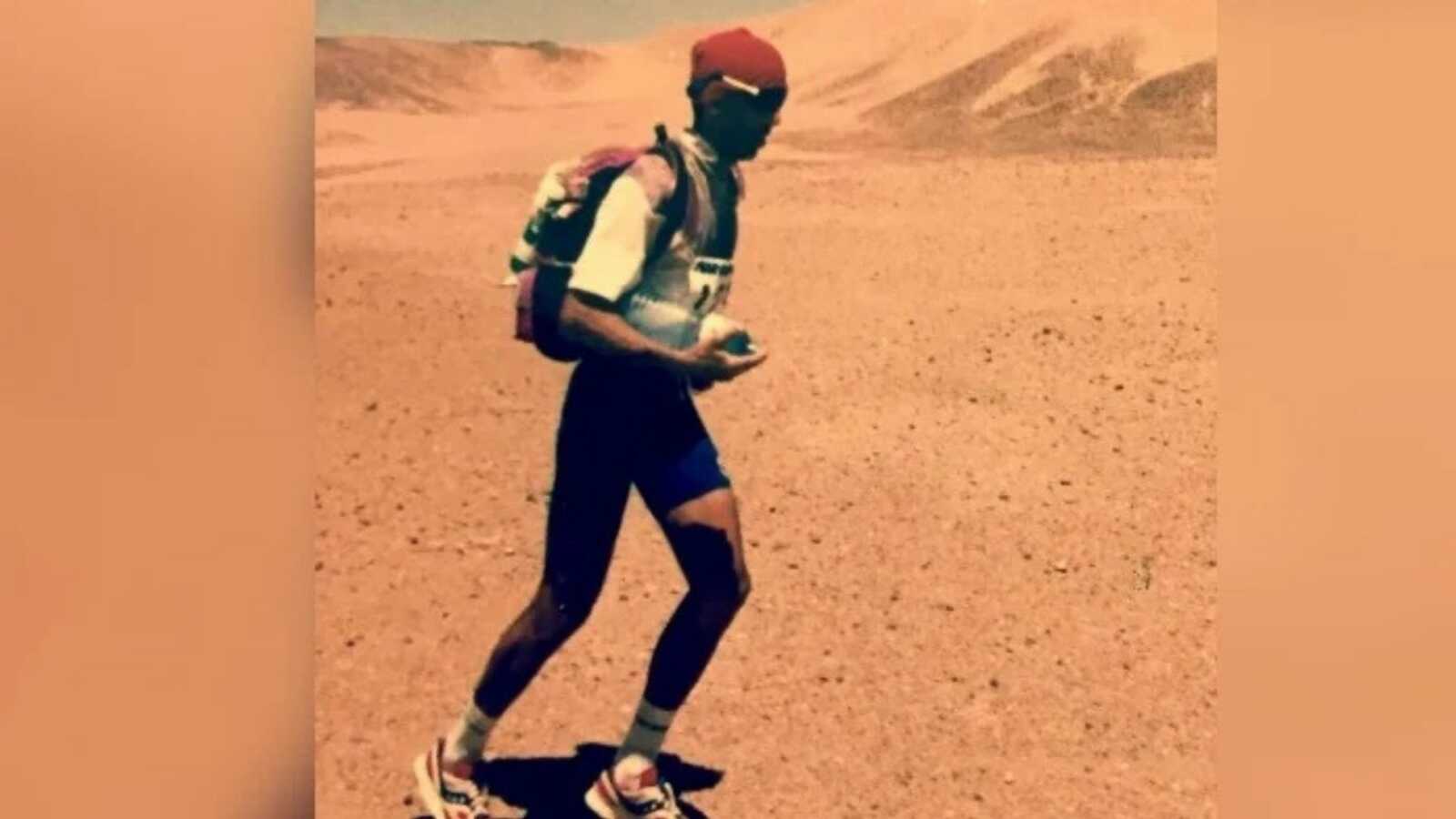 When you’re running through the largest desert on Earth, one wrong turn can cost you your life.

Mauro Prosperi did just that during the Marathon des Sables, a six-day ultramarathon that many regard as the toughest foot race in the world. He lived to tell the tale, but his survival story is a harrowing journey of desperation and almost superhuman endurance!

Each year, about 1,200 runners travel to the Sahara Desert in southern Morocco to participate in the Marathon des Sables. The race is almost 156 miles long, taking runners across inhospitable sand dunes with few natural sources of water.

Temperatures in the Sahara can reach as high as 122 degrees Fahrenheit, and each runner carries over 20 pounds of dehydrated food, water, and emergency supplies on their backs. About 47 percent of these runners don’t end up finishing the race, which is about the same length as six regular marathons.

These days, runners carry a GPS tracking device and helicopters monitor their path to make sure no one gets lost, but when Mauro participated for the first time in 1994, there were no such safeguards in place. That’s how, on the fourth and longest day of the race, the runner encountered a vicious sandstorm that turned him around and sent him wildly off course.

Mauro, a police officer from Sicily, was one of just 80 participants in the race that year. He spent eight hours waiting out the storm, huddled in a sand dune. The next morning, he expected to see rescuers heading his way. Instead, all he saw was desert in all directions.

“After running for about four hours, I climbed up a dune and still couldn’t see anything,” he said. “That’s when I knew I had a big problem.”

A search party was organized to find Mauro, but rescuers had no idea he had veered so far off course. Twice a helicopter circled over his head, and twice they didn’t see him frantically waving at them from below. He sent up his only flare and even set his backpack on fire hoping to catch their attention, but it was no use.

“When the plane headed away from me, I said to myself, ‘There goes my life.'”

When Mauro’s water ran out, he resorted to drinking his own urine. On day four, he found a marabout shrine, an ancient building that once served as a tomb. He took shelter from the sun’s relentless rays there, drinking the blood of bats that hung in the eaves to stay alive.

After days of suffering, Mauro scrawled a goodbye note to his wife on the wall of the tomb and prepared to meet his untimely end. When he didn’t die, he woke up with new resolve. “I realized that the marathon was moving on, that I couldn’t rely on the race officials to save me,” he said. “I decided I must confront the desert myself.”

So Mauro set off once more, this time licking dew from rocks and hunting for insects and snakes to eat. He buried himself in the sand to stay warm at night. On the eighth day, he found a tiny oasis with a puddle of fresh water, filling himself to the brim before soldiering on.

At long last, after 10 days in the desert, Mauro staggered into the camp of a nomadic tribe called the Taureg. They took him in and gave him goat’s milk and mint tea, eventually delivering him to safety.

After wandering 186 miles off course, Mauro weighed just 97 pounds. He wasn’t even in Morocco anymore, finding himself in Algeria instead. After being treated in the hospital for dehydration, sunburn, and a failing liver, he made a full recovery!

Most people would never set foot in the desert again after an ordeal like this, but not Mauro. Incredibly, he felt compelled to finish the race just two years later. He has now run the Marathon des Sables more than six times!

“I’m drawn back to the desert every year to greet it, to experience it,” he said. “Those 10 days were as if I was in the womb of the desert. And, after that, I was reborn.”

Mauro’s story reminds us that mental fortitude can help us push through just about anything life throws at us! In spite of the odds being stacked against him, he found a way to carry on.