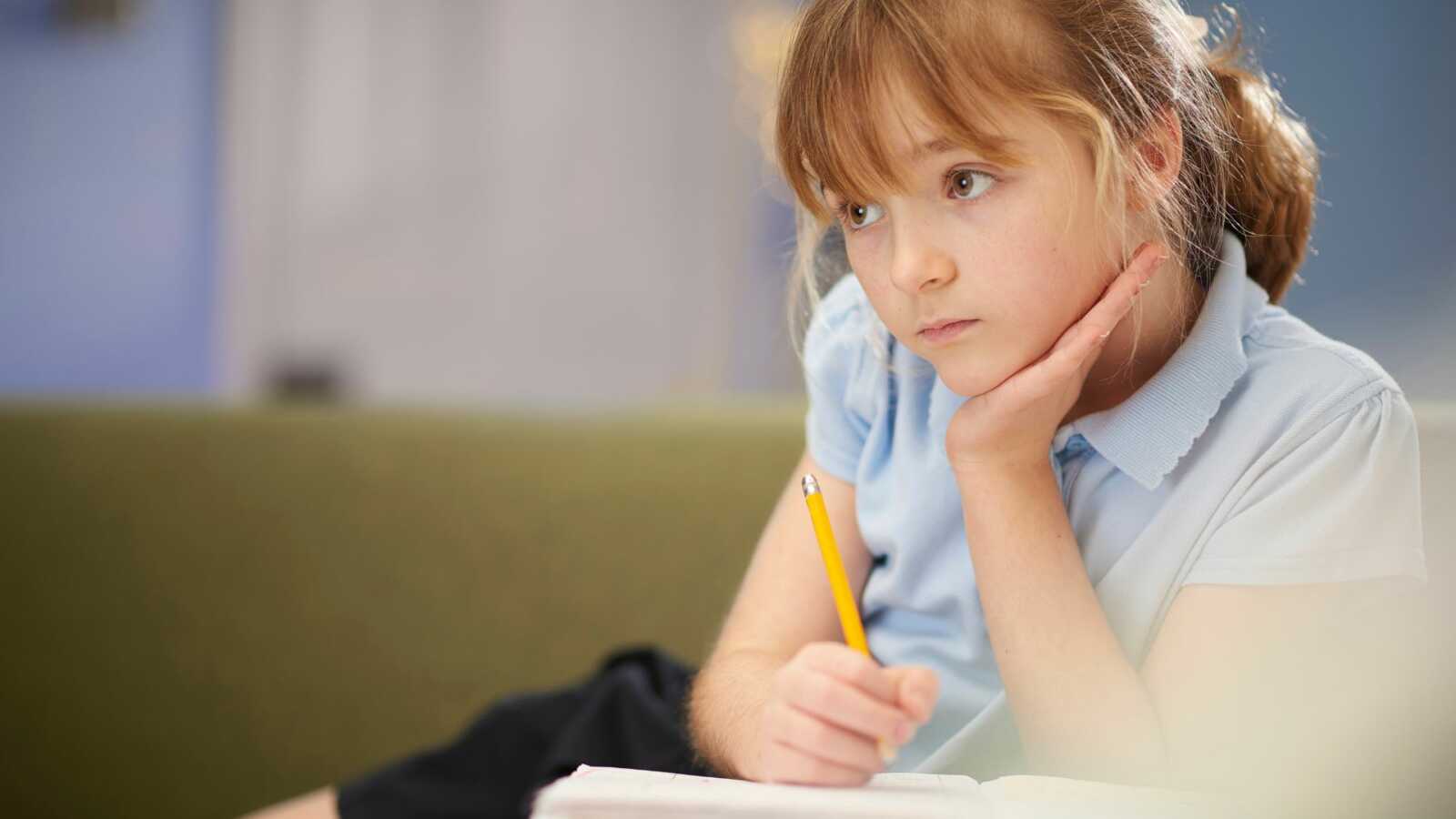 Tears pooled in my daughter’s eyes.

We were well into the second hour of math homework. ‘Sit still.’ My words were clipped. Why wouldn’t she just sit still?

Always On The Move

She rarely sat still. She was always on the move. Forced to sit in a chair all day at school, and then again at home to complete homework, she would change position every 35 seconds or so — I timed it once.

Even when she was watching TV, she was on the move. She’d roll on the carpet, hang upside down on the couch, tumble around the living room. And yet, she could tell you every single detail of whatever show she was watching. She didn’t miss a thing.

Her teachers adored her. She was a good student, but scatterbrained. Her desk was a disaster, and her backpack was just as bad. Every day after school, we would sit down and organize the chaos in her folders and notebooks, and every day she would come back home with them a mess all over again. She was talkative, but she got her work done.

In 4th grade, she started changing classes for different subjects. She had one teacher for math, another for reading and writing, and another for science and social studies. She had difficulty keeping organized and constantly left the books she needed in the wrong classroom. Her teachers were understanding and told me, ‘It takes time.’

She would forget her homework at school at least three days a week. We lived close to the school, so going back was not a problem. But I wanted her to learn. ‘You need to be more responsible,’ I’d say. ‘I don’t mean to forget,’ she’d tearfully respond.

Finally, I’d had enough. I emailed her teachers to tell them I would not keep going back to the school to retrieve her forgotten homework, and that if she did not have her homework, she would suffer whatever consequences they deemed appropriate.

I was told I was being too hard on my girl. I was told, ‘It takes some kids longer to get organized.’ I told her, ‘Wait and see.’

After four days of forgotten homework and missed recess, the teacher saw where I was coming from.

The signs were there. They were slapping me in the face. They were saying, ‘Deal with me now.’ But I wanted to believe I could guide her through this — that the strategies I showed her would be enough.

A Million Miles An Hour

She continued through her school career and grades were good. Teachers always had good things to say, but what they didn’t know was that studying was torture in my house. They knew that math homework took her a long time, but because the grades were good, there were no concerns.

I kept an eye on her. I watched the constant motion. The feet constantly moving under her chair, the hands constantly moving, tapping, drumming… the nonstop rolling around my living room as she watched her shows.

I figured maybe she needed to participate in some activities to work off some of that energy. She was already taking dance. She played t-ball, and then softball. She tried soccer, and then gymnastics. Nothing seemed to slow this child down. It was as if we couldn’t find her ‘off’ switch.

Homework continued to be a nightmare. I yelled, she cried. She would get up from the table more times than I could count. She always had an excuse — she needed a tissue, her pencil point broke, she needed to use the bathroom, her throat was dry and she needed a drink. She would see a squirrel or a butterfly outside and I’d find her at the window, just watching.

I was an exhausted mom with a school age child and a toddler. I was teaching full-time. My patience was thin.

I tried everything. I created sticker charts, positive reinforcement plans. I tried setting a timer for 5 minute intervals, and giving her a small prize if she lasted 5 minutes in her seat. Nothing worked.

I was frustrated. Her dad came home and laid down the law. He suggested we give her a half hour break after school. Then, it was time to set up her work space — put out sharpened pencils, books, all the tools she would need. Have her use the bathroom, keep tissues in reach. And he told her, ‘You have everything you need right here. You do not need to get up. Every time you get up from this table, you will go to bed 30 minutes earlier than your normal bedtime.’

It worked… for two days. And then, she was going to bed immediately after dinner. It was still light out.

We muddled through elementary school, and then middle school was rough. We saw a drop in grades — even in subjects she typically excelled at. It made me crazy. I’m a teacher. How could my kid not be a good student?

I was on her case daily. We battled. I grounded her. She cried. She was angry. I was angry. I resented the fact I had to come home from teaching and battle with her. I felt like I was her teacher more than I was her mother. She needed me to be Mom. All I wanted was to be Mom.

In 9th grade, she hit the wall. Hard. It became apparent her difficulties with focusing were affecting her grades across the board. Her struggles with math, which had always been bubbling below the surface, were no longer able to be ignored. She felt defeated. She told me she was dumb. I insisted she wasn’t. I held her and comforted her and insisted she was intelligent. And then I locked myself in my bedroom and cried. I knew I had failed my child.

The psychologist assigned to do the evaluation called me after administering the IQ test and reading achievement tests to my daughter. ‘I don’t know why you requested testing,’ she said. ‘Your daughter does not show any signs of a learning disability.’

‘Did you get to the math portion of your assessment yet?’ I asked. She replied that she hadn’t. ‘Call me after you do some math with her,’ I said.

The next day, the phone rang. It was the school psychologist. ‘I see what you were talking about,’ she said. She explained the discrepancy between my daughter’s IQ and her performance on math assessments was drastic. Her reading and writing skills were average to above average, but math was a different story. There was some mention of a ‘short attention span,’ and the psychologist asked if she could administer an additional test to measure my daughter’s ability to focus. I gave the go ahead.

After all of the testing was completed, the psychologist reported my daughter qualified as a student with a Specific Learning Disability in math. She also noted my daughter showed signs of Attention Deficit Disorder.

I always suspected it, but I didn’t want my child on medication. She was small for her age, and so many of the medications prescribed for ADD/ADHD are known to suppress appetite.

Her teachers were surprised. They commented on how my daughter was never disruptive in class, how she didn’t fit the profile of a person with ADD.

Girls with ADD present differently than boys. The research proves that. It’s subtle. It’s easy to miss because we look for the outbursts. She was quietly unfocused. And because she had the ability to focus at certain times, she flew under the radar. But it was there. It had always been there.

Today, my beautiful girl is a high school graduate. She was inducted into the National Honor Society during her junior year. She was the President of her school’s LEO Club (a community service club). She was captain of her varsity softball team, and helped lead them to the quarterfinals. She is going to college in a few months. She hasn’t decided on a major as of yet, but knows she wants to help people. She is also continuing her softball career.

I could not be more proud of the person she is becoming. It took a lot of work on her part — and ours — to get her to where she is today.”

This story was submitted to  Love What Matters  by Allison. Submit your own story here, and be sure to subscribe to our free email newsletter for our best stories, and YouTube for our best videos.

I Was Diagnosed With ADHD At 33, And It Changed My Life

‘It’s apologizing in advance, holding your breath through play dates and parent-teacher conferences, and knowing you are the topic of conversation every time you leave a room.’: Mom’s journey parenting ‘misunderstood’ child with ADHD

‘He’s a HORRIBLE little boy.’ My heart broke into pieces.’: Mom details parenting two children with ADHD, ‘The tears and tantrums were worth it’ 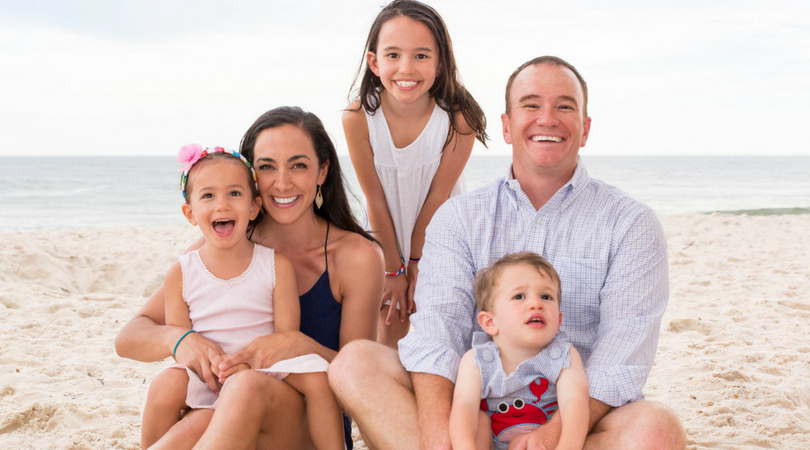 “How could I have known that every parent’s worst nightmare would be my reality? It happened so quickly.” 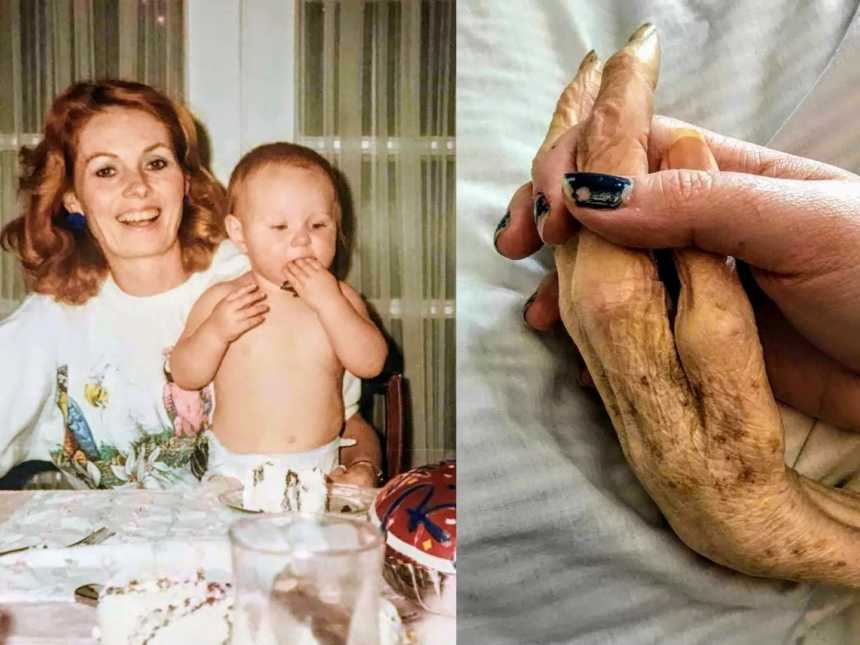 ‘I was 13 hours away with $1.32 in my account. There was a look of shock on her face. ‘How did you get here?!’: College student makes surprise trip home to see dying mother thanks to Reddit