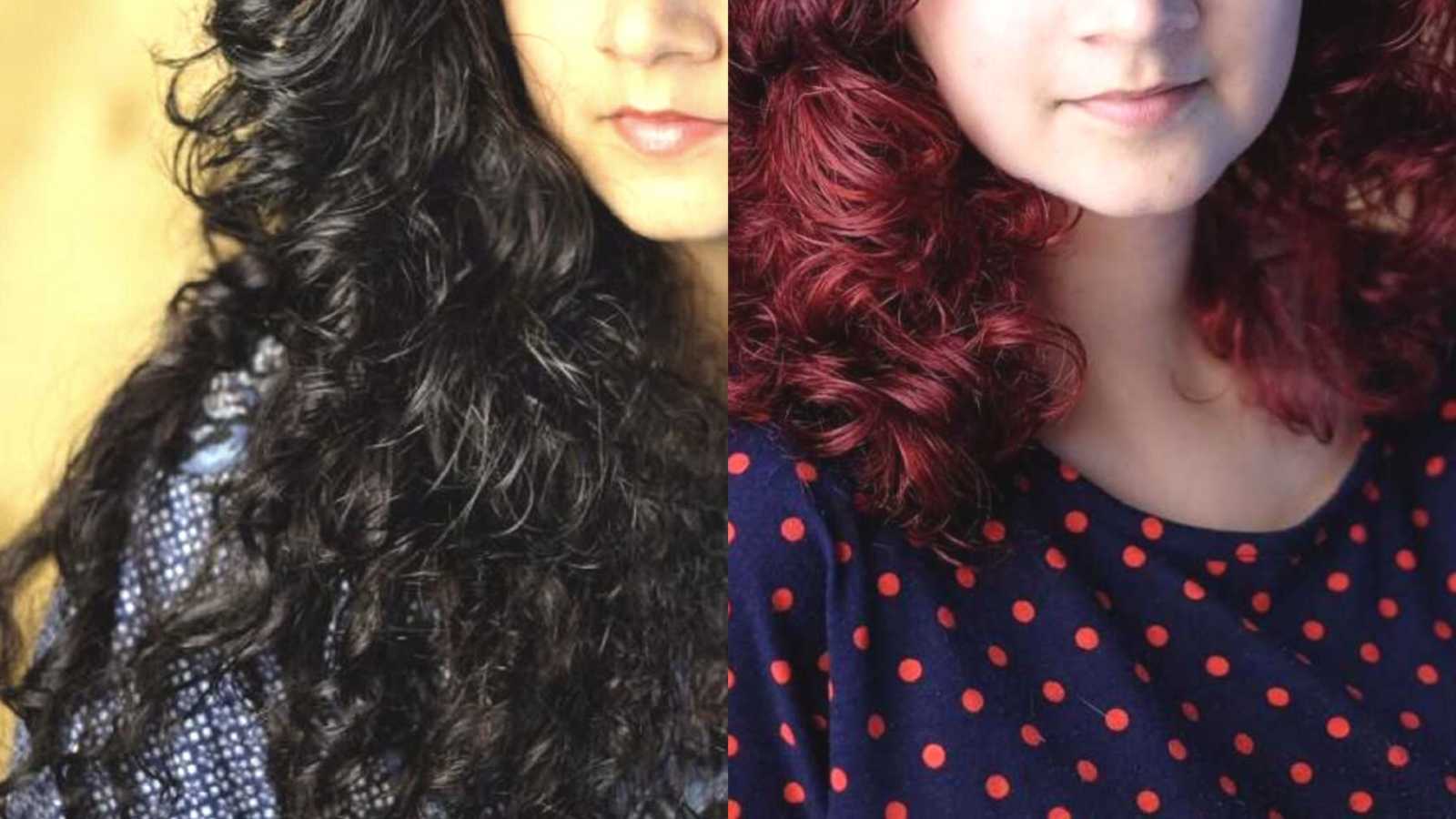 “As a kid, my hair was uncomfortably long, thick and frizzy. I was scrawny and underweight. My hair felt like a literal heavy burden. I was not allowed to cut it. While other girls around me were allowed to trim theirs… I wasn’t. The reason? The same reason that was brought up anytime a girl dared to ask for anything that was even the slightest bit out of the norm: ‘What will people say?’

In our Indian culture, it was considered sinful for a girl to have short hair. In the 90s Bollywood movies, the ‘bad girl’ always had short boyish hair. The ‘good girl’ had a long flowing mane. The longer the better. Long hair was synonymous with virtuousness and piety. Therefore, to avoid gossip and dishonor, my hair remained long.

I grew up on an island surrounded by blue lagoons. Swimming is a national pastime. Going to the beach was a source of sadness and frustration because I was not allowed to get my hair wet. I feel cheated out of an experience that my peers reminisce about fondly.

To make my coarse, unruly hair manageable, every now and then my mother would slather a thick smelly coconut paste into it. It was not the cold pressed coconut oil that we have today. The smell was awful. She would then aggressively comb through my curls with a plastic fine-toothed comb and finally wrangle it into a waist length braid.

I resented this exercise. It was painful. If I protested or uttered a sound, Mother would punch me on the head and rake the comb harder. I learned to endure the combing in silence. My eyes would well up with tears and I would be afraid to breathe, lest she hears me sniffle and give me a harder beating.

Cutting my hair was out of question for another reason. It would deprive my narcissistic personality-disordered mother of the perverse pleasure of inflicting pain – under the guise of care and grooming. Hair braiding was and still is a bonding ritual observed by families all over the world. For me, it was an ordeal that filled me with dread.

The comb would make a dry, raking noise. Strands snapped and clumps of hair were ripped off my scalp. I tried not to react. If I winced of moved, Mother would just do it harder. My head jolted back with every sweep of the comb. My neck and shoulders were sore from bracing myself from the jerking movement. It seemed like an eternity.

People around me admired and complimented my thick braid. I cringed every time anyone commented on it. If only they knew the pain I had to endure because of it. Of course, they didn’t know because they never saw it.

This was not the only instance where I was subjected to violence. Physical abuse was frequent and emotional abuse was relentless. None of it happened in front of other people. My abuser was careful to only do it while alone with me, behind closed doors. I developed PTSD. I’ve suffered from debilitating symptoms my entire life. I moved to another country to create a new life for myself. Now at 32, I am finally on a path towards healing.

I rarely talk about it because when I do bring it up, I am met with the accusation that I am exaggerating. The gaslighting on my abuser’s part is so successful that nobody believes she is capable of violence. In public, she would switch to a completely different persona. She would act like a doting and caring mother whenever there was an audience; then promptly became scary and abusive when the audience left. I found this thoroughly bewildering and confusing.

Now that I am grown and independent, I cut my own hair. It’s only in my late 20s that I gathered the courage to chop off my waist-length hair into shoulder length.

It was cathartic. Freeing. Healing. I dyed it bright red for good measure.

Cutting my own hair is my personal act of emancipation.

My way of reclaiming my bodily autonomy.

It’s how I confront the trauma.

I cut away the weight holding me back.

I exhale with relief at every snip.

I get decide what to do with my own body.

I am finally mine.”

This story was submitted to Love What Matters by Maya Ellis. Do you have a similar experience? We’d like to hear your important journey. Submit your own story here, and subscribe to our best stories in our free newsletter here.

Read another story of overcoming an abusive mother:

‘How can you treat me so well, after all I did to you?’ Daughter forgives dying, abusive mom to ‘show her what unconditional love really was’