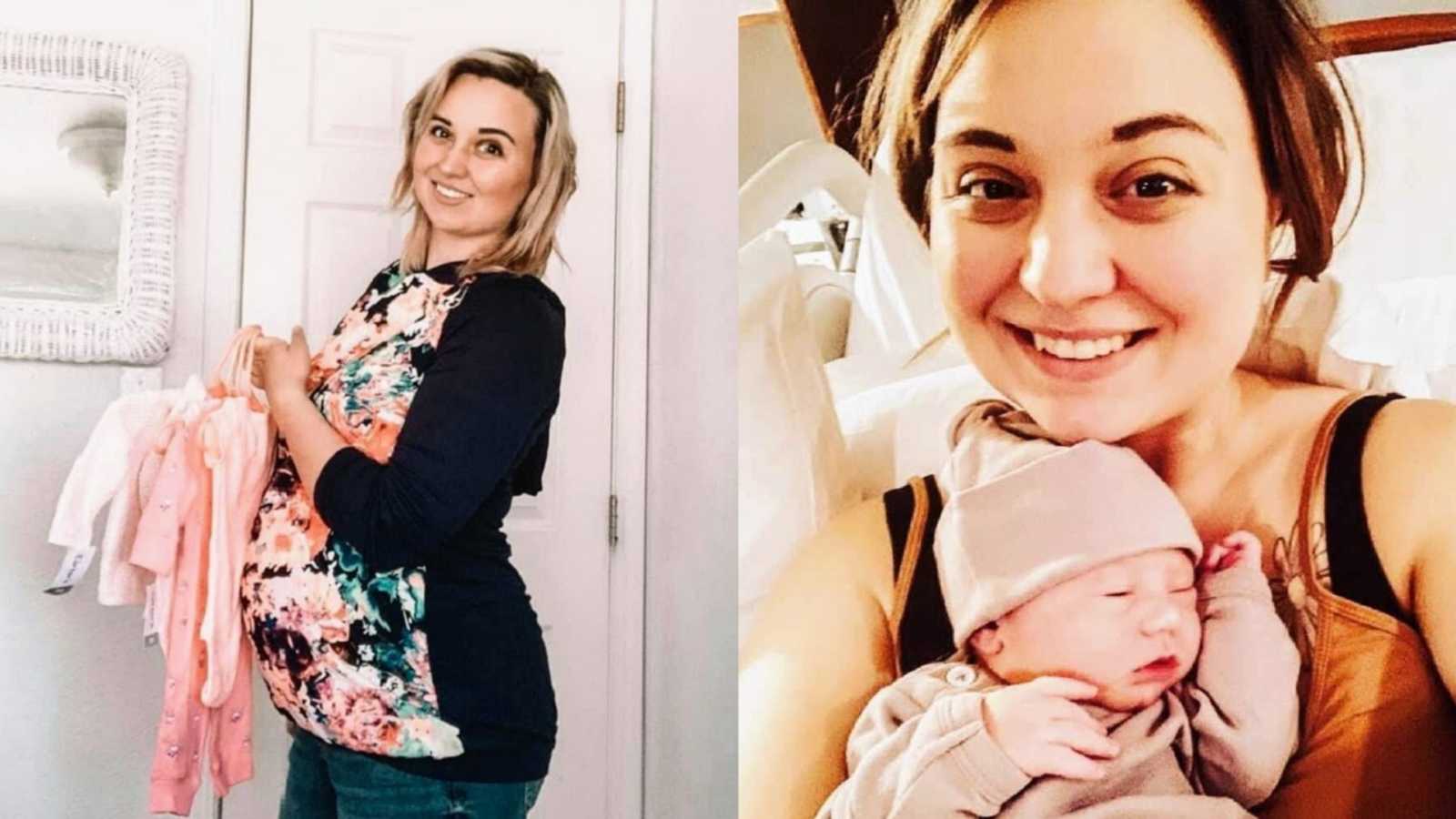 “We had moved 200 miles away from all my friends and family for my husband’s job. It was (and is) a great opportunity and huge for our little family, but it was lonely. I am a very social person, and it was incredibly hard being cut off so completely. I got pregnant with our third child seven months after we moved. I told all my friends over text and call but I couldn’t really relate to them with the day to day pregnancy stuff. Every single one of them has older kids the same age as my twin sons (five next month!), so the idea of a new baby at that point was foreign for them. I wanted to be able to talk about daily stuff, so I found a pregnancy group on Facebook.

It was mostly new moms, all of whom were sweet, but being a seasoned mom, I still couldn’t really relate. Then one day, I found a mom who already had two kids. Pregnant with her third, just like me. We got to chatting and we both had the same dark sense of humor. We both liked makeup and going to the gym. We were even both born in May…babies due the same month. I couldn’t have imagined a better mom friend. She lived across the country, but when you’re a stay-at-home mom in a new place, you take what you can get.

We started texting and messaging every day, becoming close really fast. We liked a lot of the same things, and when we ‘hormone fought’ with our husbands, we could vent to each other and be understood. Every now and then we would disagree on something, but most of the time, we would agree to disagree and it would be left at that. Subject change from whatever we were talking about.

Then we had our babies, we each got busier in life, and suddenly we weren’t talking every day. We began only ever texting to rant to each other about stress or bad things in our lives. Which, while it can be good to have someone to vent to, when it’s the only topic of conversation things can get a little, shall we say, tense. I missed having conversations that didn’t always end in some sort of negativity.

Then coronavirus happened. At the beginning, I was really anxious about everything, and she blew off whatever I would say, telling me I was over-reacting. (I’m not here to argue one way or the other for how the virus has affected all of us, this is just my personal experience). I would say how stressed I was by all our local stores being out of something we needed, and she would blow it off, practically bragging that not only were all her stores stocked, she had a stockpile going in her basement. This was before quarantines were even put into place.

I started getting tired of only talking about the bad, so I would attempt to bring up other topics like things to do with the baby. I would talk about starting to feed my daughter solids after getting approval from her pediatrician; she automatically told me the foods I was feeding my daughter were wrong because I didn’t introduce types of purees in the order she would have done. I was still buying disposable diapers; I mentioned I found a good deal on them one day. She basically told me I was crazy for buying that type and she and all her other friends from the baby group had bought cloth diapers. I told her I wasn’t going that direction and expected it to be left at that like before. She then started to send me links to buy different kinds of cloths almost daily. She had an issue with every single topic I brought up, no fail.

Every time we spoke, it made me feel bad and I made an excuse in my head. I told myself she was just a strong-willed individual who liked what she liked. When she made me feel stupid or judged my parenting (ALWAYS prefaced with ‘no judgement BUT’), I just didn’t reply to her. I blew it off, telling myself she was probably just stressed and needed an outlet. Looking back, I realize every time I ignored the red flags, I was setting myself up for how things ended between us.

We had a disagreement over something stupid, and I made a post on my Facebook talking about that topic but not referencing her, just to get it out of my system. I blocked her specifically from it so that she couldn’t see. I didn’t want any more drama. But one of her friends saw, made the connection, and told her, because she had been talking about me to them for whatever reason. When she confronted me, I apologized. I tried to take responsibility. I deleted the post and tried to explain how she had been making me feel.

She called me weak. I told her she was making me feel insecure when she judged me, to which she said, ‘Low self esteem means you’re too sensitive. You’re mentally unstable if I can affect you like that.’

Well, I am not a confrontational person. I still tried to speak to her like an adult and apologize. She kept going off on me and wouldn’t stop. I blocked her. I cried for almost a whole day. I deal with anxiety and depression and when she called me too sensitive, unstable, and weak, it got to me. I had multiple anxiety attacks when I had previously gone months without. And then, her friends and family started contacting me, I assume because she asked them to.

So, I got my crap together, and I blocked them all. I moved on. I woke up every day and made the choice to stay positive, knowing I didn’t have to only talk about the negative now. I reached out to friends who I hadn’t spoken to in awhile. I remembered I had other people to support me. I felt bad because of how close we had become, but I very quickly realized I was better off.

I don’t share this story to throw her under the bus or say, ‘Look how I stood up.’ She was there for me throughout my pregnancy, and I considered her a good friend. Our friendship went south, and I had to make my decision to cut her out, but she still meant a lot to me. What I want to say is that you can come to the end of a relationship and know it needs to end, but still remember the good. I have since been contacted by her friends and told she would screenshot my texts to them and make fun of me, and to that I can only say I wish her all the best. She is obviously hurting in her own life and taking it out through being negative to the people around her. I wish her nothing but the best. I hope one day she can be happy. But I know whenever that day comes for her, it won’t involve me.

So, I share this story because I want every single person to know: If someone makes you feel like crap about yourself, you do NOT owe them anything. This is true in every single area of your life. No matter how you feel about them. If someone says they are your friend or they love you, but they don’t support you, they don’t raise you up, then they are NOT your people. You are fantastic exactly how you are. You can raise your children however you want to, you can be yourself, no matter who that self is. If someone wants to make you feel like crap about any part of you, no matter their intentions, the only word they need to hear from you is ‘goodbye.'”

This story was submitted to Love What Matters by Amanda Breakfield of Richland, WA. You can follow her journey on Facebook and Instagram. Submit your own story here and be sure to subscribe to our free email newsletter for our best stories.

‘Life’s too short. Do yourself a favor and weed your circle. Let’s face it. Friends can break your heart, too.’: Woman explains importance of ‘eliminating toxic friendships’

‘I was awful to her. I totaled the friendship. I’ll never know why she accepted my apology.’: Woman thankful for ‘second chance’ with BFF, admits ‘not all friendships should be resuscitated’ 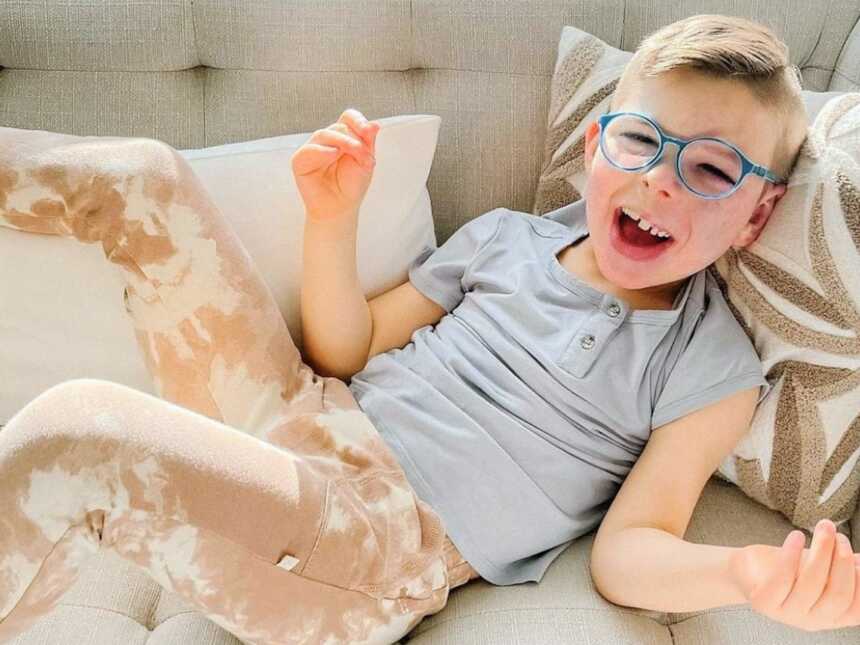 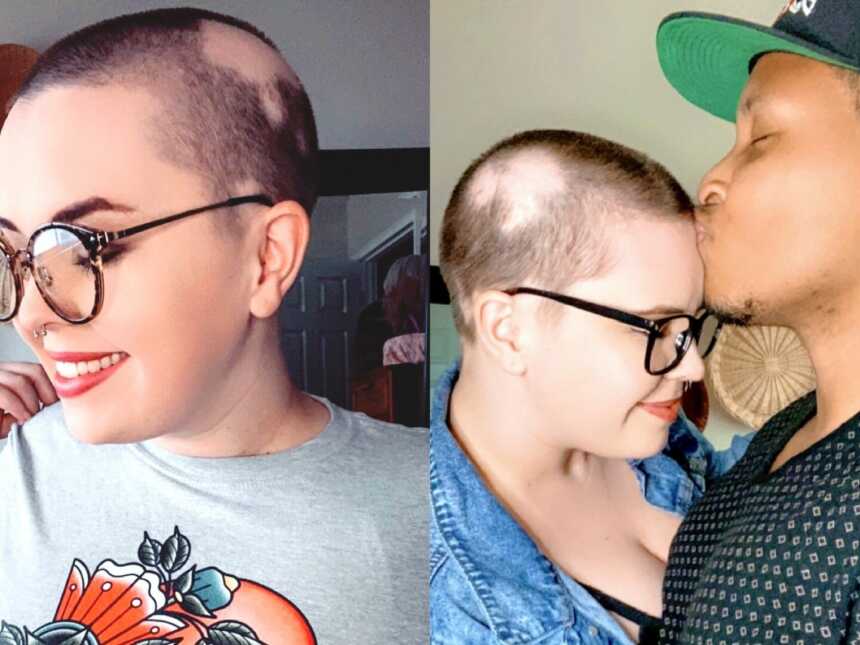