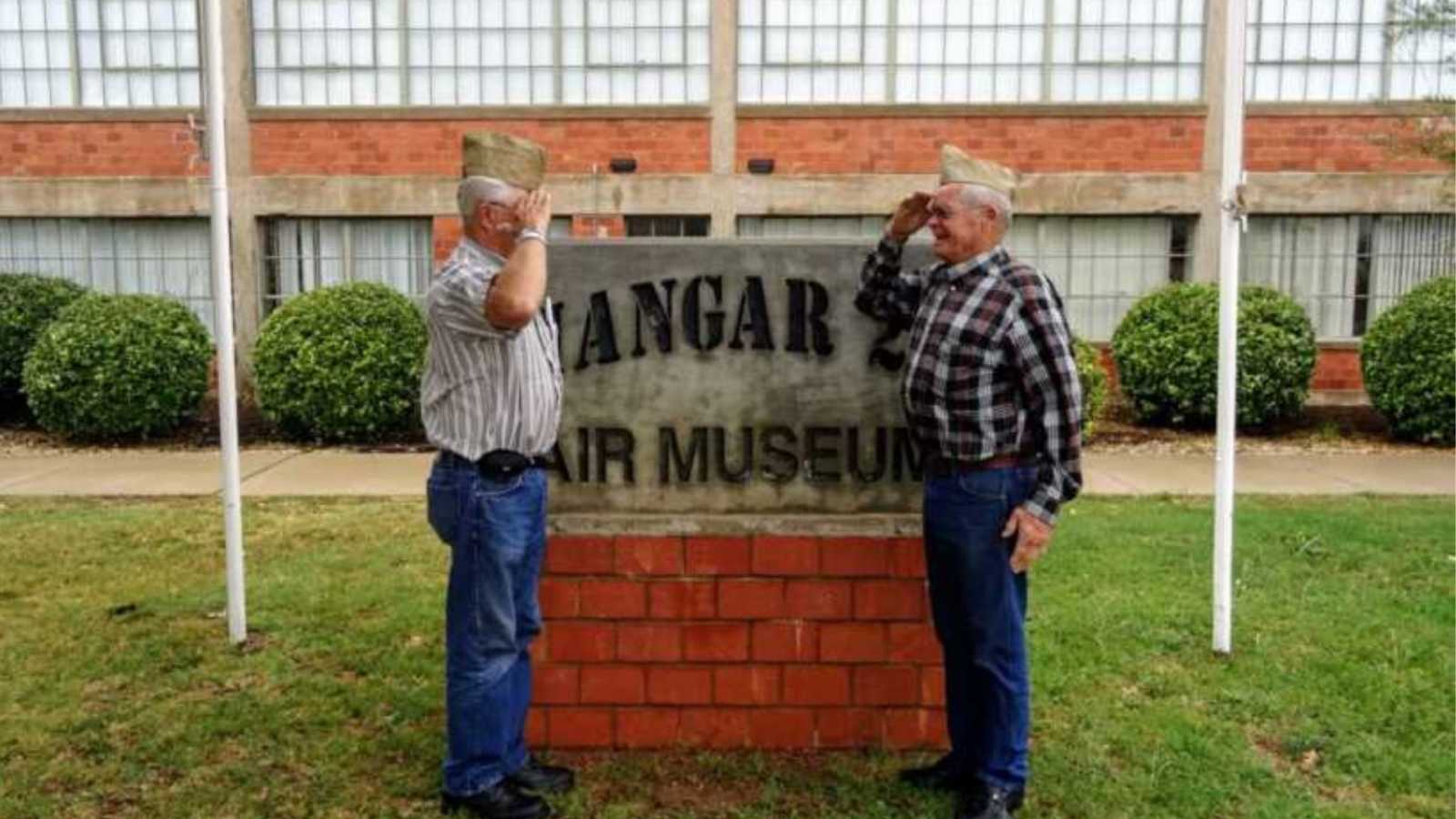 “In 1955, my dad was drafted into the army and thought he was headed for Korea. He boarded a ship in Seattle and after a very perilous journey in which he lost about 20 pounds, his stop was actually Tokyo, Japan.

He was stationed there for the next two years and made a great friend, Ken, at the same base. Ken nicknamed my dad ‘Tex’ after his home state, Texas. He’s the only one to ever call him that. The two friends often attended church together and enjoyed archery during their free time. Ken was famous for his heavy bamboo bow, which not many people had the strength to use effectively. When his time was up, my dad left Japan first and he and Ken eventually lost touch.

Some 40 years later, during the 1990’s, Ken made a valiant effort to reconnect with my dad by calling everyone he could find in Texas phone books with his surname. Honestly, I don’t know how long this process took, but Ken stuck with it until one day, he hit the jackpot! I’ll never forget my dad’s excitement when the caller on the phone asked, ‘Is this Tex?’ My dad knew immediately who it was. My dad responded, ‘Only if you’re someone strong enough to use a big bamboo bow!’

Over the next few decades, the two buddies kept in touch through email, cards, and phone calls. They always talked about getting together, but were separated by over 1,000 miles and it just never happened. One day, in the fall of 2015, we got an email from Ken with the sad news that his son had passed away. After sending our condolences and prayers to his family, I decided that when the time was right, we could help lift his spirits in his time of sadness.

I sent an email to Ken, who I had never met, and told him that my sister and I would like to invite him to come to Texas. He later told me the email was nearly deleted as spam, but for some reason, he opened it. He and I then talked by phone and Ken was very eager to make the trip as soon as possible. I told him the only stipulation was that we kept it a secret from my dad to make it a surprise for him. Ken was happy to oblige!

Once the flight arrangements were made, we had to tell my dad lots of ‘mis-truths’ to get him to accompany me to the Dallas/Ft. Worth area, but my sister and I got the job done! I told him I had a meeting and my sister (who lives in Ft. Worth) said she needed him to make a repair to her fence.

I dropped my dad off at her house and he noticed that my sister had lots of decorations in her dining room resembling an Army ‘mess hall’. She explained that she was hosting a Bible class party the next day and that the theme was the ‘full armor of God’. Forgive us, Lord, but the lies were for a good cause!

I then headed straight to the airport where I had to hold up a sign with his name on it since I hadn’t ever met him, but we connected easily and made the trip back to surprise my dad. We made the decision that I would go in the house by myself and greet our friend who had come over to do the filming and to take pictures. I acted surprised to see her there, for my dad’s benefit.

After a few minutes, Ken came to the door and asked my sister about Tex. Again, nobody has ever called my dad Tex except for one person. It immediately caught my dad’s attention when he heard that. When he raced to the door, he got the surprise of his life.

My dad instantly wrapped him up in a long, warm embrace. His voice trembled. ‘I never thought I’d see you again,’ was all he could make out. They hadn’t seen each other in 58 years!

The video speaks for itself, I believe.

Every time someone mentions that they saw the video, or we tell my dad how many views, likes, comments, or shares it has, he asks me, ‘How did you do that?’ He doesn’t quite understand the internet. Whenever he asks, I try to tell him it’s not me that did it. It’s Tex and Ken that did that!

Although Ken and Tex hadn’t been together in decades, they picked up right where they left off during their week-long visit. The two buddies enjoyed catching up and my dad showed Ken around his hometown in West Texas. Tex even showed off his land and cattle, in true Texas style!

A convoy of military vehicles happened to be coming through our area and we were able to see that display at the former Webb Air Force Base with several World War II veterans which was a great honor.

The goodbye between Ken and Tex was pretty difficult and emotional, but the two buddies have been in closer contact now more than ever before. Their beautiful, unbreakable bond lives on.

This story was submitted to Love What Matters by Charlotte Clifton of Texas. Submit your own story here and be sure to subscribe to our free email newsletter for our best stories.

‘My birth control failed. I wasn’t ready to be a mother. 40 years later, I crashed into a man at the supermarket. ‘Do I know you?’ My heart dropped.’

‘I got a call from a strange number. I immediately trembled. Inside I was screaming, ‘Answer the phone! It’s her!’ Then came a voice I’ve waited my whole life to hear. ‘Hello, is this Heather?’

GRIPPING VIDEO: ‘For 250 days, we held you in our hearts. Today, we hold you in our arms’: Fort Hood soldier’s reunion with family will move you to tears