“I still remember the day we met for the first time, my first baby, and he was a beautiful boy. He came into this world looking perfect and cried just like any normal baby should. But quickly they took him from my arms and rushed him away. He had low blood sugar and was shaking very bad. Seven hours later, I got to hold my sweet Jackson Ray again. He was peaceful and innocent.

Looking back, I think I would have realized in those first few weeks that Jackson wasn’t doing things like a normal newborn baby. It would take him over an hour to eat a small amount, then he would scream because his stomach hurt, and following that he would spit everything up that he just ate. As a new mom I didn’t know what to think or what to do. So I just kept trying to do the best I could. When Jackson was 6 months old I started to notice that he wasn’t developing like the other babies around him. He couldn’t hold his neck up and his arms would make weird swinging movements. I asked my doctor and he said to wait a little longer before we got too worried.

By 9 months he still wasn’t able to push his neck off the floor, let alone scoot or sit up. At this point we decided to take him to a neurologist. They saw him and did an MRI. Everything looked normal, but my sweet baby boy was not normal. They started poking and doing numerous tests on him. Still no answer. We decided to take action and get him started in therapy. We had physical, occupational, and speech therapists come into our home 3 days a week and would also drive down to a private therapist one day a week. Jackson never cried or got upset. He was always very determined to get his body to move, the problem was that his brain couldn’t tell his body to do it. We continued with intense therapy week after week and started to see small improvements. Finally, at 18 months, Jackson started to scoot. This was amazing. We had worked relentlessly to get him to do this.

At 2 years old it was time to visit the Neurologist again. They suggested we do another MRI. We were so grateful that we did. I will never forget the moment that we met with the doctor to get the results. It was a torn feeling between being relieved and devastated all at once. The doctor proceeded to tell us that Jackson had a significant amount of brain loss in his cerebellum. He was missing 35% of his cerebellum. She went on to tell us that ‘we should accept that he will never be able to walk on his own without some kind of walking aid, and that writing was going to be something very hard for him to do. Brain damage this bad is very serious.’ So that takes me back to the relieved part. We were relieved that we finally knew what was causing our son to struggle so badly, but devastated for the struggles that laid ahead for him. Jackson was diagnosed with cerebellar atrophy. To this day, his brain damage has stayed stable. We have no reason to believe it will continue to atrophy.

When my husband and I left that office that day, I looked at him and said, ‘We will give Jackson every opportunity and we will never tell him that he can’t do something.’ I knew that if we did everything we could for Jackson and he still didn’t walk then that was okay, but we weren’t going to allow his disability to hold him back. We kept up with the therapy we were doing and then added therapy at Shriner’s Hospital for Children. This was an enormous blessing in our lives. Jackson started to walk with his walker when he was 3 years old. He rocked that walker, he was so proud that all of his hard work paid off.

When Jackson was 5 and a half years old he came home from preschool and told us that he didn’t want to use his walker anymore, and he started to walk on his own. Now when I say ‘walk,’ keep in mind that the cerebellum controls your balance, motor skills, fine motor skills, and your fear and pleasure responses. So even though Jackson could walk, it came at the price of many bumps and bruises. But every time he fell he would get right back up, stand tall, and try again. However, this is the part of the story where he begins being bullied.

When Jackson began 1st grade, the kids started to really notice that he was different. He didn’t walk the same as they did, he talked with a slur, and socially he was behind. Up to this point Jackson had been surrounded by many people that loved him and gave him enormous support. We live in the best community. But you can’t keep kids from saying what they will say or doing what they will do. Jackson started to come home from school very upset and down on himself. He would randomly cry, lash out, and say negative things about himself. I figured that maybe he was getting upset at his body, but this still wasn’t like my son.

One day another child’s mother called me. She continued to tell me that her son came home and told her what kids had been doing to Jackson. At recess they would push him down, spit on him, tell him they didn’t want to play with him because he couldn’t keep up and that he wasn’t good enough. I could never adequately express the pain in my heart that day. Here is my son, who struggles with every movement that he makes, a walking miracle, and yet kids are being mean to him. Don’t they know how hard he has to work daily, don’t they care? Every start of another school year would bring anxiety. Wondering if Jackson would be able to find solid friends that treated him well, or if he would get bullied again. Sure enough, year after year, those same kids would pick on him.

In 5th grade we decided we needed to take a different approach. We realized that we couldn’t change the kids that were treating Jackson badly, so we decided to teach Jackson to fight back. We knew he couldn’t fight back physically because he didn’t have the balance or the strength, but we knew we could arm him with tools and teach him how to not let their words and actions affect him. We would role play and watch videos on how to stop bullying. We taught Jackson to not be defensive by trying to fight back through negative words, but to turn those negative words being said into positive words. We helped him realize that he can be confident and proud of who he is. We have seen a different side of Jackson this year in 6th grade. He has an amazing group of friends that rally around him and he is thriving. Jackson has always had so much support from out amazing community. I know that without their support he would never be where he is at today. But with that being said, it always amazes me how a small group of kids can affect another.

Jackson now has superhero strength to take aim at his bullies.

Jackson was invited to take part in an awesome anti-bullying project where bullied children were transformed into Avengers Superheroes to celebrate their unique differences and strengths. Photographer Josh Rossi and costumer Julie Whitely helped empower these children by turning them into the superhero that most resembled what made them special.

Jackson was turned into Dr. Strange, as they both work hard and fight to get their bodies to do things that some said were impossible.

“This project has been a life changing opportunity for Jackson. He has already had to face so many physical challenges, but dealing with bullying can be harder in some ways. Before this project, Jackson didn’t talk a lot about his bullying experiences. But since his photo shoot, he has a new sense of confidence. It empowered him to want to speak out and help others.

Jackson’s hope is that through his story, he can inspire kids and adults by letting them know that they can overcome adversity, whether it is physical, mental, or emotional. You don’t have to take people being mean to you or making you feel less about yourself. Your life has so much worth. You need to believe in that and believe in yourself.

The day of Jackson’s photo shoot was very emotional for me and my husband. As we saw him stand there in that superhero costume, Jackson’s disability seemed to go away. He had complete control of his body and his mind. It changed him, it empowered him. He has been speaking up about bullying like I have never heard before. He was embarrassed to talk about the way he was treated, but not anymore. He wants other kids to feel that same empowerment. We could never thank Josh and the amazing Julie Whitely for making the costumes. This has literally been life changing. Jackson came home and said, ‘I feel empowered, that was the best day of my life.’

I will end with this. One thing that I have learned from Jackson more than anything is to accept myself for who I am. As he struggles daily to do things that are easy for most other people, he NEVER complains. He has never once said that he wishes he was different or that he had a different body. May we all learn from Jackson and accept ourselves for who we are.”

This story was submitted to Love What Matters by Katie Sommers, Jackson’s mom, of Morgan, Utah. Submit your story here, and subscribe to our best love stories here.

Provide beauty and strength for others. SHARE this inspiring story on Facebook with your friends and family. 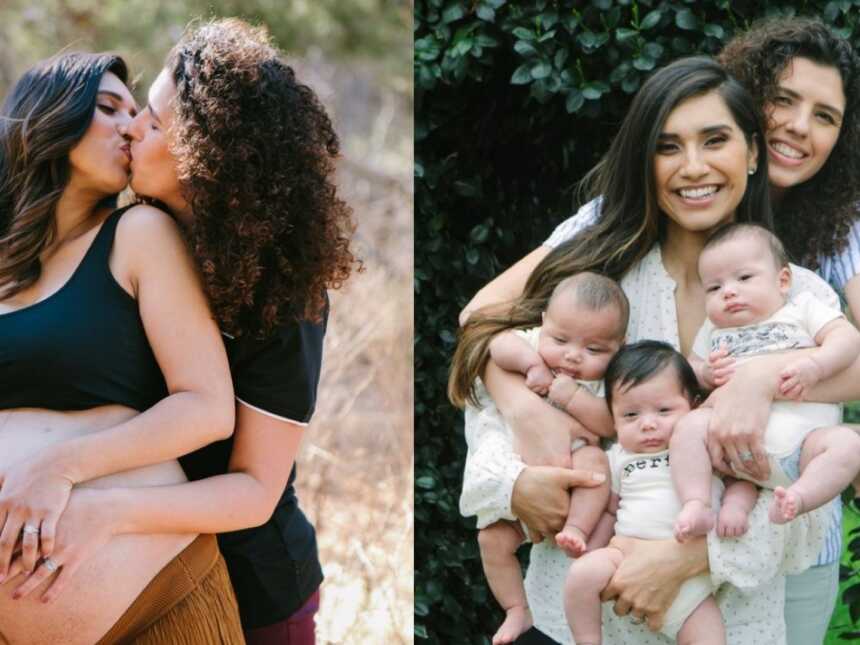 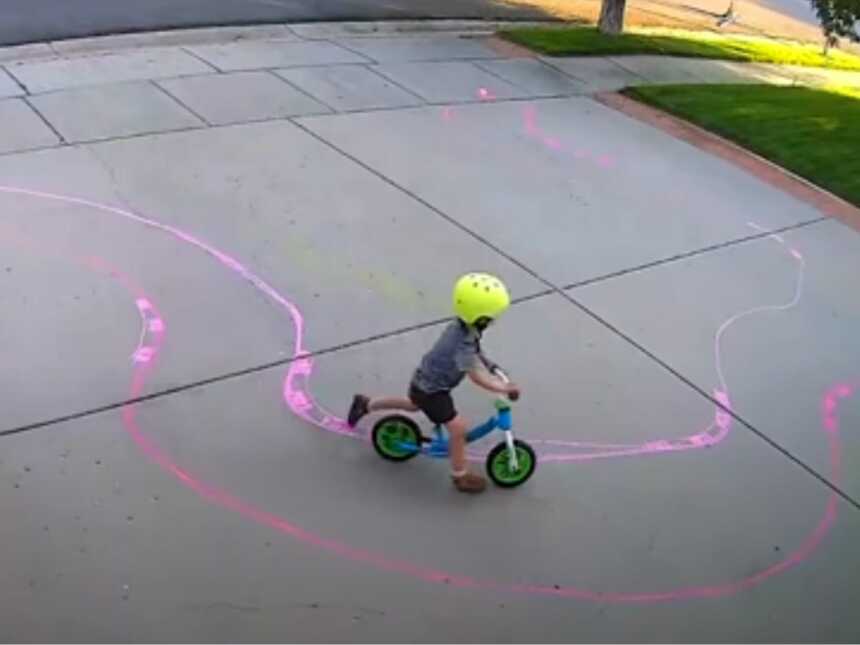 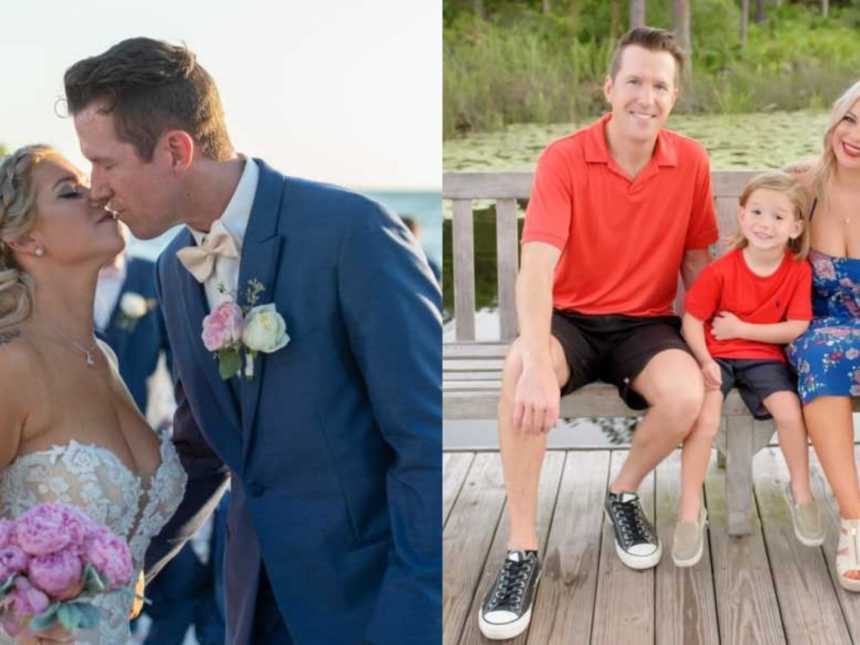 ‘His arm was twisted and his once rosy red lips were white as snow. I stumbled through my statement while nursing my son.’: Young widow finds love after loss, hopes her son knows how ‘truly loved’ he is by ‘both his dads’

“Our backyard neighbor squeezed the trigger. The bullet traveled over 200 yards to our home, crashed through our back window, and continued across our living room. My postpartum body was weak, but I dragged myself to Justin’s side. Overnight, I became a shell of the person I once was. Later, my friend tried to set me up on a date. ‘Will he think I don’t love Justin anymore?’ We immediately hit it off. ‘Hey Jess,’ he said, ‘It’s so good to see you.’ I hope my son will grow up to be like both of my husbands.”