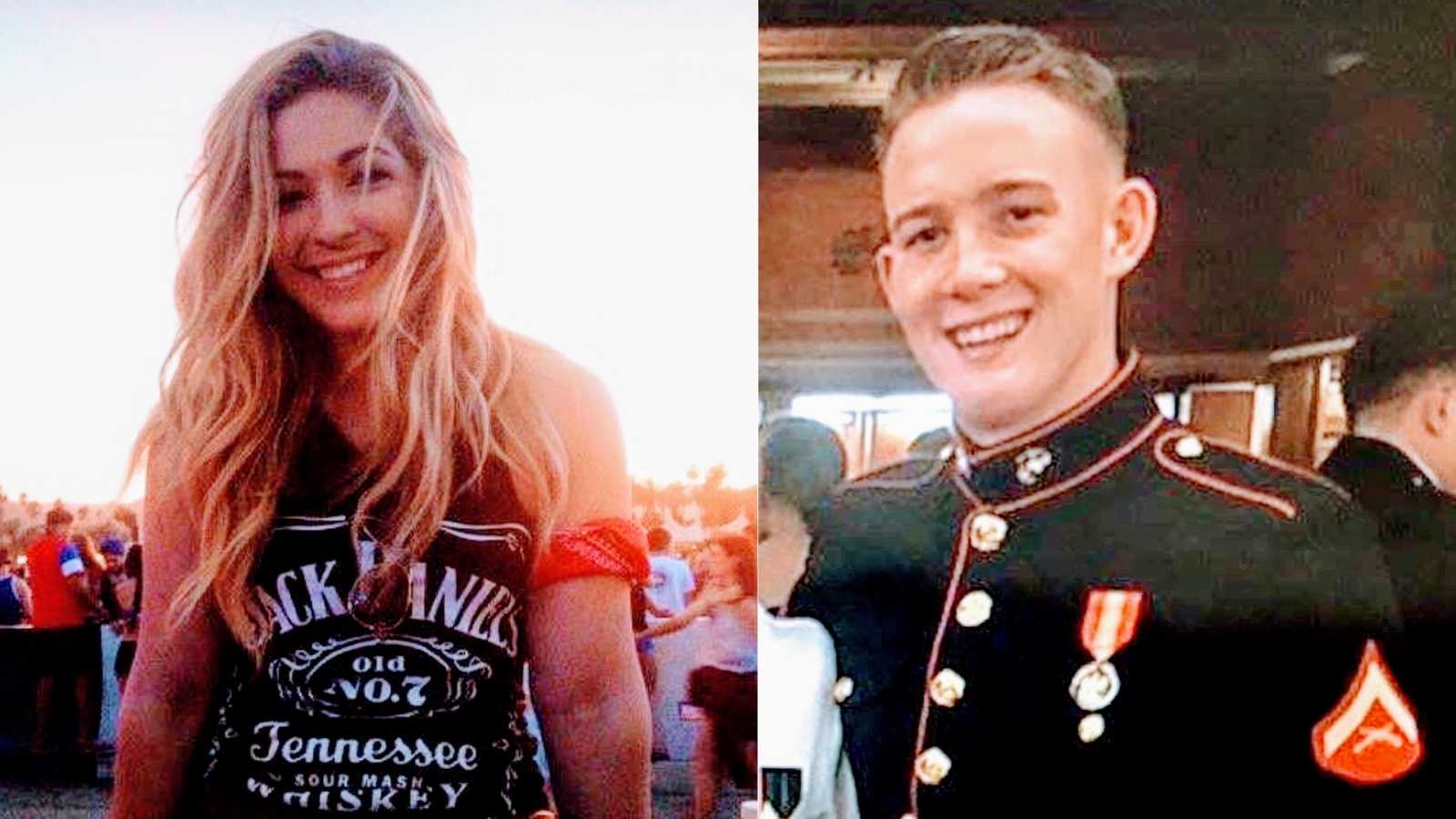 “Brendan and I met only 2 hours before the Jason Aldean show the night of the Las Vegas shooting. I left my friends so we could go up super close to the front for the end of the night.

We were just dancing and having fun and then all of the sudden there were loud noises that sounded like fireworks, but no lights were going off.

It stopped, and Jason Aldean kept playing but then the shots fired again, and he ran off the stage.

Before I knew what was going on, Brendan tackled me down to the ground and covered me from the fire. It stopped again and he looked around to see what was happening and then it just kept going.

He looked at me and said ‘We have to get out of here. We can’t stay here. It’s not safe.’

Then he pulled my arm up to get me out of the piles of people. We had no idea who was dead or who was alive. We just started to run.

He kept telling me it was going to be okay and to keep running until we were safe. He even let me use his phone to stay in touch with my sister, so she knew I was safe, which is the text you’ll see.

The whole night he didn’t leave my side.”

This story was submitted to Love What Matters by Credit: Jenn & Renee Cesario. Submit your own story here, and subscribe to our free newsletter for our best stores.

‘Let’s go get our kids!’ We didn’t have a plan. One by one, they entered the room.’: Woman survives mass shooting, ‘deadliest’ wildfire, adopts all of her nieces, nephews in wake of both of her siblings’ deaths

‘Bullets pinged off the metal gates. I had a death grip on her hand and there was no way in hell I was letting her go. I glanced to the side as people ran for their lives.’

‘Out of all the ugly, this child survived’: Mom meets guardian angel who saved her unborn baby during Las Vegas shooting

‘What the hell was that? Get down!’ 60 seconds later, our lives would never be the same. At that moment, it hit me. ‘Oh my God, people are really dying here.’