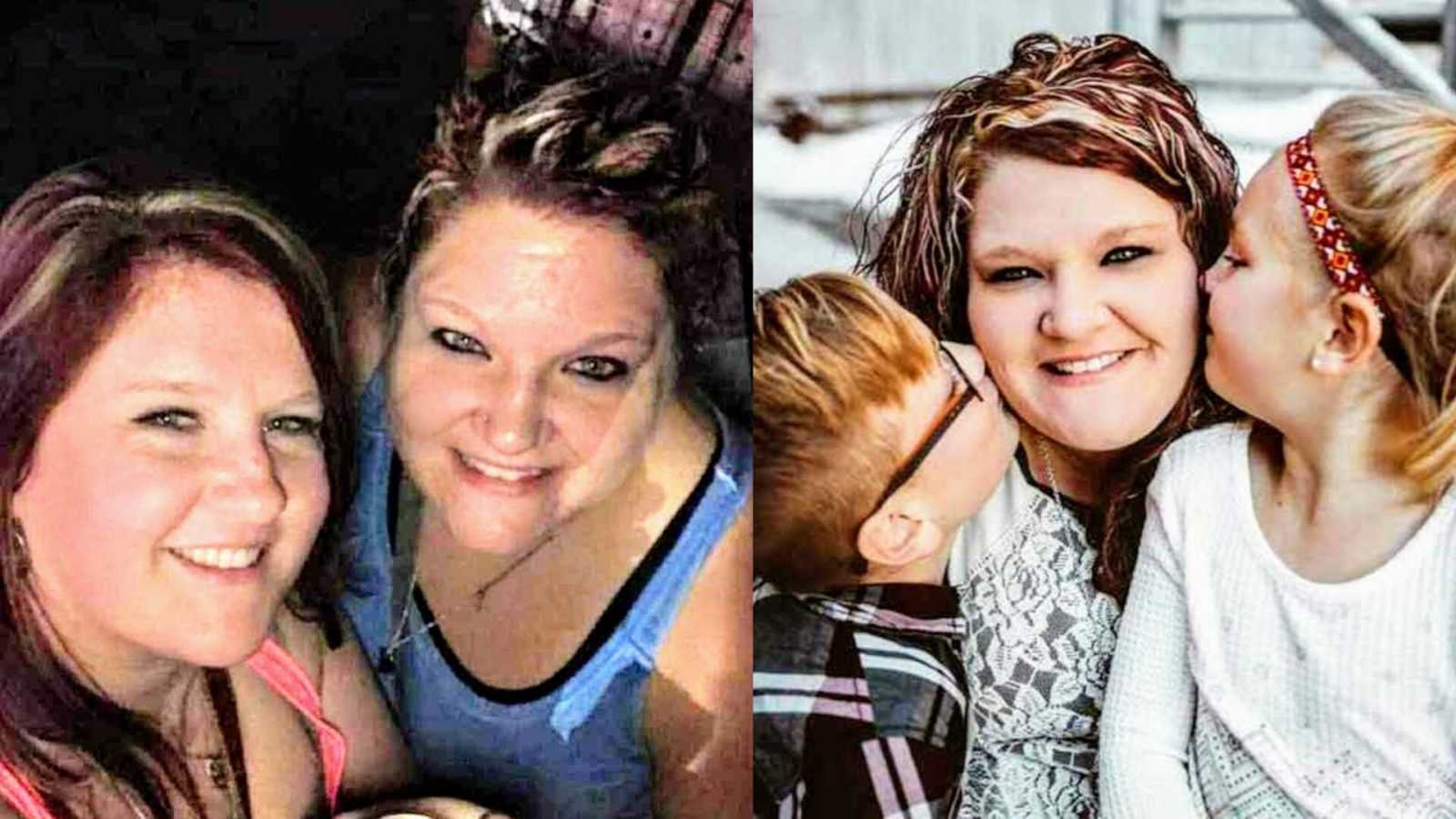 “It was September 2017 and it was our last night in Vegas. My best friend Ashley and I were having a blast on our girl’s weekend away. We are big concert goers and decided on a whim to head to Vegas to attend the Route 91 country music festival. Three days and nights of fantastic country music, beer, and shopping. We were posting pictures to Facebook of our adventures, unbeknownst to us what these pictures would end up meaning to us by the end of our trip.

We had shown up later for the last night. We were so excited to see Jason Aldean hit the stage. The previous night we had found the perfect place to stand, right in the middle of the venue next to the lights and sounds tent. This way we weren’t being elbowed and we could lean against the gates that were set up around the tent.

I had just exchanged numbers with a lady standing behind us who was from Oregon. We had started chatting and ended up talking about some day meeting up at a festival in her area. Ashley and I were a couple drinks in and had just posted a picture of ourselves, drinks in hand, stage in the background. The Mandalay Bay hotel sign shined brightly over our shoulders.

Less than an hour after that picture was taken, our lives were turned inside out and upside down.

We heard what we thought were fireworks. My new friend yelled some profanities at whomever had these “fireworks”, and for a brief second, we laughed it off. Suddenly the sounds started for a second time and Jason Aldean was rushed from the stage. That’s when I knew that something serious was happening.

At this point, we had no idea that people had already been hit by bullets. Ashley and I dropped to the ground. I remember clutching her shirt and pulling her against me as the bullets pinged off of the metal gates we were lying against. I will never forget hearing Ashley frantically saying my name over and over and over again. There were seconds that I remember thinking to myself that it couldn’t really be happening. I wanted someone to announce that it was just fireworks. It had to be.

I glanced to the side and watched as people ran for their lives. After a large amount of them had ran, I told Ashley that we needed to go. I had a death grip on her hand and there was no way in hell I was letting her go.

We got up and ran. I was practically dragging her. There was a girl maybe two or three feet in front of us that got hit and dropped to the ground. I yanked Ashley to the side, and we jumped over the girl’s legs. I remember thinking to myself that I should stop to check if she was okay, but my legs just kept going. There was blood and bodies laying all over the ground. Many brave souls were trying to drag the injured to what they hoped was safety. We were all terrified beyond belief. The panic was indescribable.

Once we fled the venue, I quickly called my mom to tell her what was going on. We could still hear the sound of distant bullets, the faint sound of screams. The news channels had yet to catch wind of what was going on and I wanted her to know that I was, thus far, okay.

Ashley and I ran to a hotel down the street with other concertgoers that had a room there. They were kind enough to let us hunker down with them. We all sat in complete shock and disbelief, with the television on in the background. Ashley had dropped her phone in the midst of everything, but we were surprised to hear that a man had picked it up among hundreds of cell phones on the ground and dialed 911. Without even thinking, he slipped her phone into his pocket and realized this when he was at the hospital. He let her friends who were trying to contact her know that he had her phone. We picked it up from him the next morning, then hugged him and cried.

The silence on our way back home the next evening was deafening. When we saw another person wearing the familiar purple, blue, and yellow festival bracelets no words needed to be spoken. Only hugs and tears were exchanged. Ashley and I are blessed, not only to have one another, but to have other friends and family that were and still are completely supportive of us.

The triggers can sometime hit when you least expect it. One of mine is the clinking of my necklace. When I hear this noise, it brings me back to when Ashley and I were running for our lives. The sound that only the depths of my mind could grasp as I was holding on for survival. While it may seem strange, this is the reality that we all must face. All 22,000+ people who were at the concert.

We always want to know where the nearest exit is. Our minds are forever thinking of an escape plan. We deal with this every day.

Shootings happen so often these days, and the people who are faced with the horror of it are forever changed. They are never the same person they were before experiencing these kinds of tragedies. If you have a friend or family member that has faced something traumatic, they do not need you to understand what they went through. You can never truly know. But they need you to listen. They need to know that when they are having a hard night and falling apart, reliving it all, you will be there to support and love them.

It took us a while before we finally felt it was time to pick ourselves up and get back to doing what we love to do. In March of 2018, Ashley and I attended our first concert since the incident.

Since then, we have chosen to not let HIM win. We win. Love wins. Kindness wins.

Since coming home, I have been performing random acts of kindness in honor of the 58 lives lost on October 1st, 2017. The reactions that I have witnessed are truly heartwarming. One small, simple act of kindness can measure miles.

I know that many other Route 91 survivors are doing the same, not only honoring the 58 victims of the Las Vegas shooting but also the victims of other mass shootings that have occurred since. All we must do in this word is choose kindness. It really is that simple.

When days get rough, I remember the words of C. G. Jung: I am not what happened to me, I am what I chose to become.”

This story was submitted to Love What Matters by Katie Burgett of Sioux City, Iowa. You can follow her journey on Facebook here. Submit your own story here, and subscribe to our free newsletter for our best stores.

‘The whole night he didn’t leave my side.’: Woman thanks Marine stranger for ‘tackling me, covering me from the fire’ during Las Vegas mass shooting to ensure her safety

‘Let’s go get our kids!’ We didn’t have a plan. One by one, they entered the room.’: Woman survives mass shooting, ‘deadliest’ wildfire, adopts all of her nieces, nephews in wake of both of her siblings’ deaths 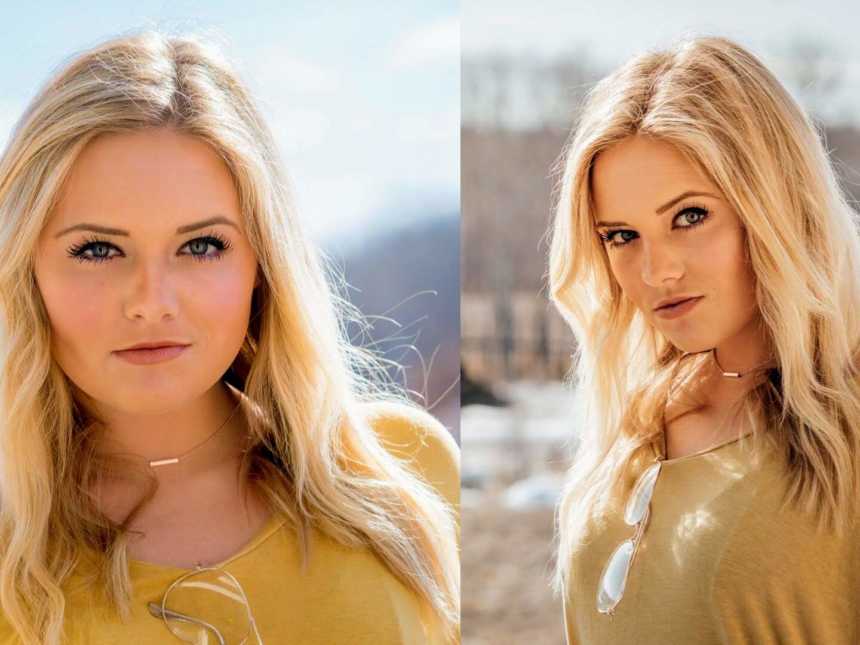