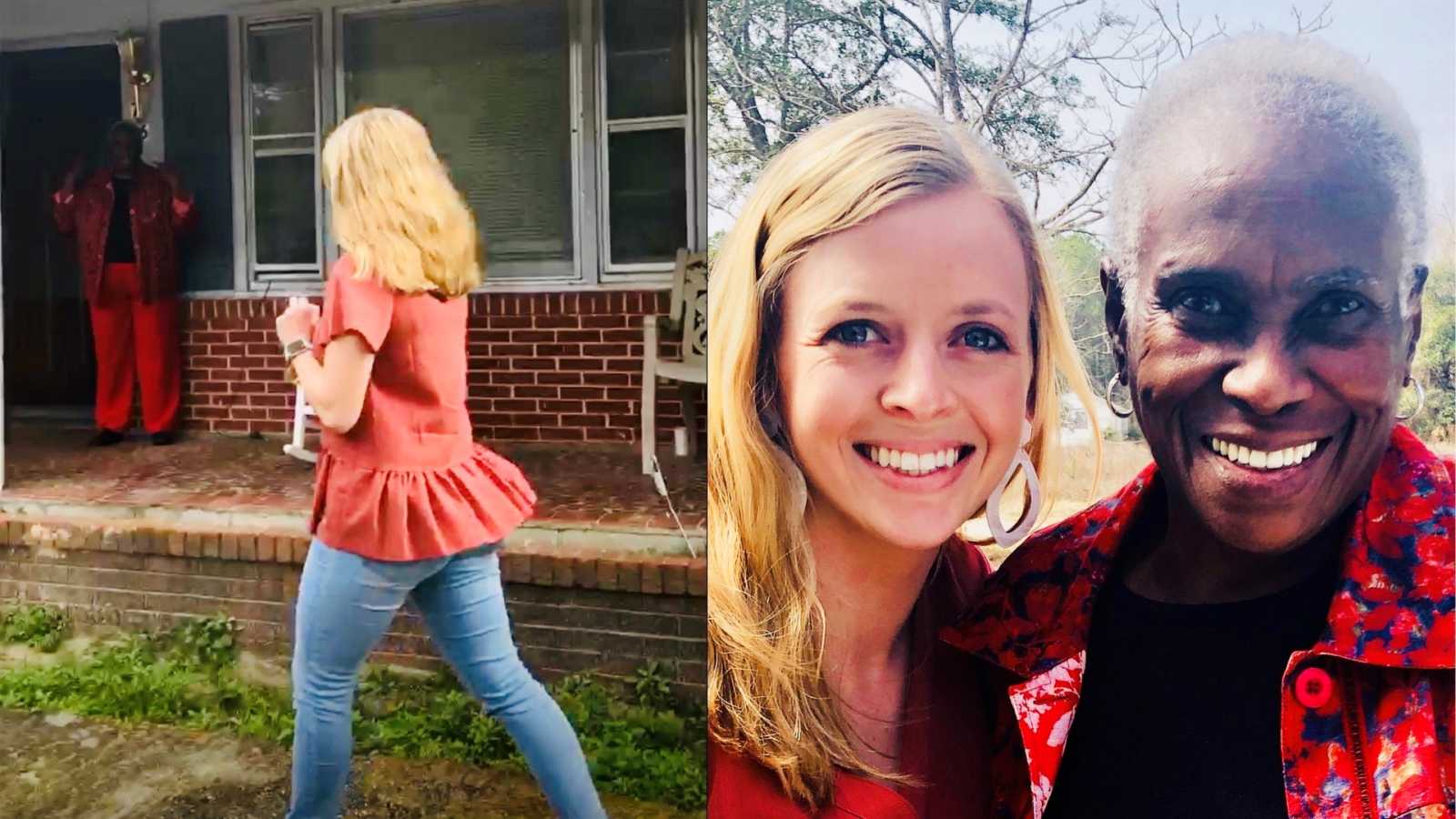 “I got a phone call back in October of 2017. It was a number I didn’t recognize, so like I usually do, I didn’t answer it. I figured if they needed me, they would leave a voicemail. Well, this number did leave a voicemail, but not for me. This number was calling to talk to their grandson, Barry.

She called about once every two weeks to check in on Barry – whether he needed his pants hemmed or anything else he may need. I would call her back each time to let her know it was still me, and we would chat a little each time.

Ever since that phone call, we have continued a friendship. Every time she would call, I intentionally wouldn’t answer because I wanted the voicemail to listen to later when I needed some cheering up. I would always call her right back, but I just needed the voicemails to be able to listen to whenever I needed to smile.

Just about 6 months before Grandmamma Margaret started calling me, I had just found out my parents were getting divorced. This news affected me, and I struggled with it a lot. I am the second oldest out of four kids with two amazing parents. The shock of their divorce took a lot out of me and my siblings, but we are blessed they are still best friends and get along very well.

While going through this time of processing the news of my parent’s divorce, Grandmamma Margaret started calling me. Even though the first several months she was calling for Barry, it brought me joy to see her number come up on the phone because the amount of love and joy she had always made me so happy.

When she realized it was my number and not Barry’s, I wondered if I would ever hear from her again. Three months of phone calls from her brought so many smiles and laughs during that time; I wasn’t ready for it to go.

Well, about a week later, she called and said, ‘Hi Callie, this is Grandmamma Margaret. I am calling just to say have a good day. Love you and you have a good day. Call me. Love you, later.’ The smile on my face went from ear to ear. I called her back and we talked. We talked once a week for about 5 minutes to check in on each other. These phone calls continued for about a year and a half. We always discussed how we wanted to meet, but never really scheduled it.

About a month ago, Grandmamma Margaret called and said, ‘Hi Callie, I was just calling to say have a blessed day and to see if you wanted to come and see me soon. Love you, later.’ On March 2nd, my mom and I drove to go see Grandmamma Margaret. We picked her up and took her out to lunch. We got to talk and laugh with each other about our story.

This wonderful lady is just as wonderful as she is on the phone. She wants everyone to be happy and does whatever she can to bring joy to her and everyone’s life. I am beyond blessed this sweet lady called the wrong number. Who would have known a wrong number would have created such an amazing friendship? Grandmamma Margaret is not only a friend, but she is now family.

As Grandmamma Margaret says, ‘Have a blessed day and love you, later!’”

This story was submitted to Love What Matters by Callie Hall of Columbia, South Carolina. Do you have a similar experience? We’d like to hear your important journey. Submit your own story here, and subscribe to our best stories in our free newsletter here.

‘LET’S DO THIS! Let’s give Anthony a dog!’ His trauma will not disappear, but a new friend can interrupt his pain and replace it with love.’: Unlikely strangers come together to surprise adoptive boy with ‘furry friend’

‘Gianna would love to talk to you.’ I instantly regretted my decision. ‘Do I really want her at my house?’ We set a date.’: Mothers form unlikely bond through special needs daughters