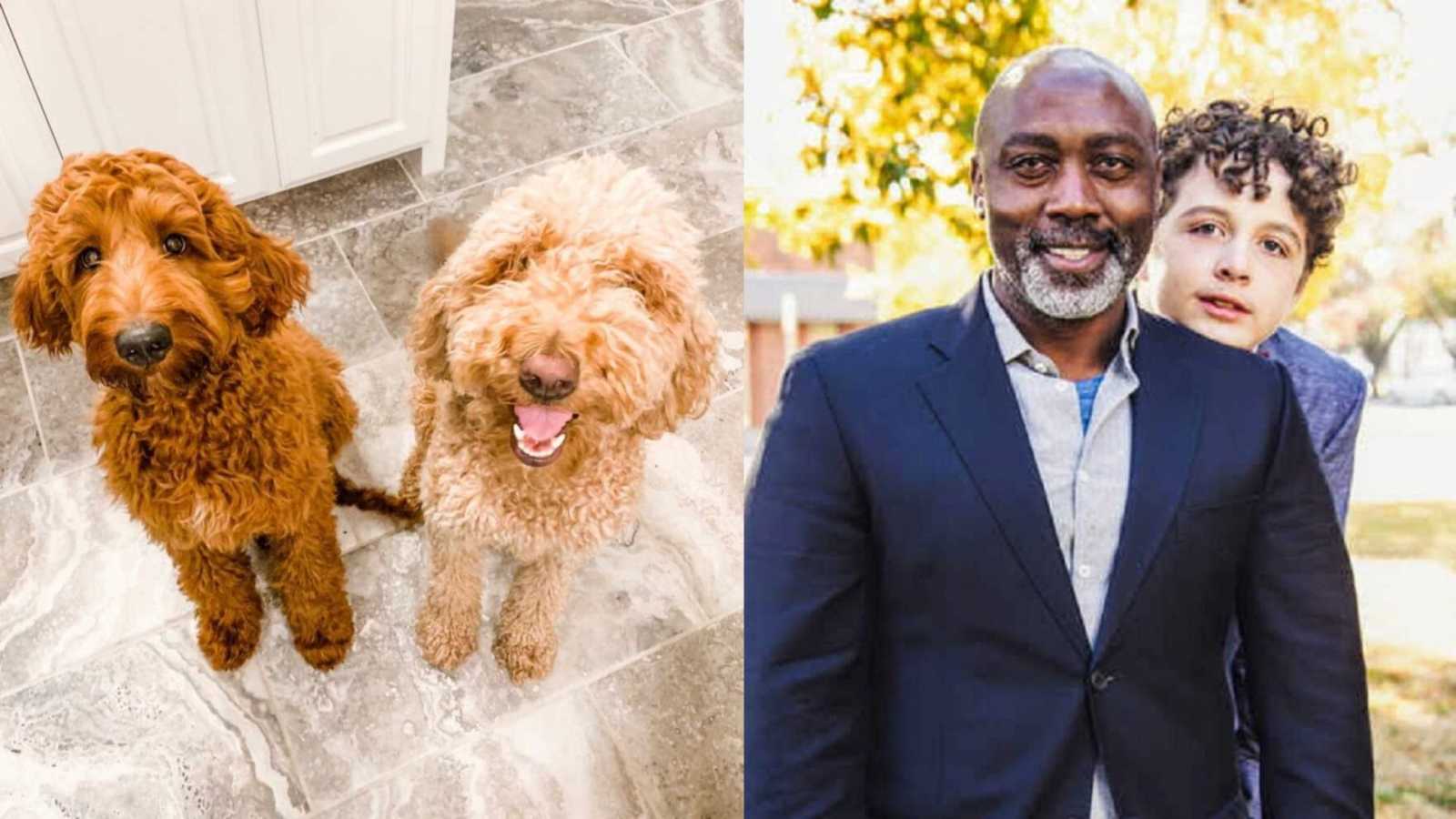 “Haley had no idea why, but she just couldn’t bring herself to take Dixie to be spayed. The appointment was made, but Dixie, Haley’s precious Goldendoodle wouldn’t be going.

As a trauma survivor, Haley struggles with PTSD, and while Dixie isn’t ‘trained’ as an emotional support or service animal, Dixie instinctively has filled that role in Haley’s life. She knows when it’s time to play, but she also senses when it’s time to comfort. She has an innate ability to interrupt fear, replacing it with love. And something about that made Haley hesitant to change anything about her.

It wouldn’t be long before she understood why.

Dixie was well-rooted into the family when Ryder, Haley’s husband, and she decided to get a mate for Dixie. Enter Hank, the gentle Doodle pup that was part Irish Setter, part Doodle. Hank with his shiny red coat, and tender demeanor, became the family goofball, true to his Irish Setter lineage. He also won over Dixie and the decision was made to mate the two, who are now expecting their puppers any day now.

Meanwhile, across the country, a young man named Anthony is forging a new life, with a new adoptive dad, after a heartbreaking start in life. Having been in the foster care system since he was two years old, Anthony was placed with a family at four years old and then abandoned at a hospital by his adoptive family with no explanation at 11 years old.

Fortunately for him, his forever father entered his life shortly after and made sure he knew he would never be alone again. No matter how, no matter what, they are two, and they are family.

Peter Mutabazi, Anthony’s new dad, also came from a very difficult childhood in Africa and born from his own suffering came his desire to comfort and parent the children who need it most. Recently, Peter had noticed the struggle within Anthony; the effects of his trauma have not disappeared just because he has love, a father, stability, and a family. Memories like that can’t be erased, but only hopefully healed over time and with great support and recovery.

Enter Dixie, Hank, and their soon to be puppers…

Having met only recently through a skiing post on Instagram, Peter and Tracey learned they surprisingly had more than a love for skiing in common. They are both foster parents! Coincidence? Probably not.

Quickly recognizing their common ground, a chat one night revealed that Peter felt that a missing piece in their family, and for Anthony, was a companion. A ‘furry’ one. And just as luck would have it, Tracey is a rescue mom for wayward and needy animals as well! It took zero seconds for her to decide she would gladly accept the task of finding the perfect pet for Anthony and Peter and their family. Tracey is many things, including relentless.

A few weeks passed and while climbing in bed one night, frustrated and still searching for the right furry fit for them hadn’t come together, she checked her social media one last time before calling it a night.

‘You have been invited by Ryder Cochran to like a page.’

Tracey clicked the link a distant friend had sent to like a dog page. That part wasn’t surprising because Ryder, his wife Haley, and Tracey spent much of their social media exclusive friendship sharing pictures, videos, and links of all things animals. From mini donkeys to chickens to baby goats, it was a tag-team effort by Tracey and Haley to break down Ryder’s will and allow Haley to have a menagerie of wayward rescues roaming their home in great abundance! So far, Ryder had managed to hold down his fort, but not for long. There would be no mini donkeys for now, but a new litter of Dixie and Hanks were right headed right for his man cave.

But when Tracey clicked the requested link, she had no idea the pair had created a page in preparation of their new babies and what she saw when she did, made her very curious and then STUNNED.

Immediately and despite the late hour, she messaged Haley and Ryder to ask what this page was about. ‘Why do you want me to like a page for some dogs in North Texas?’ And their reply was swift: ‘That’s ours! WE are having a litter of double doodle puppies.’

With that Tracey sat frozen. Her mind though was racing, and her first reply was ‘Is this a joke? Are you kidding?’

It was no joke. Ryder and Haley were having puppies that met all the criteria of what would be an ideal fit for Anthony. A non-shedding, medium to a large, mild-tempered dog.

It’s an ask Tracey knew she could make because she already knew the answer. She knew the hearts of the two people she would be asking a big favor of. Still, it felt a bit imposing. Nonetheless, she shared Peter and Anthony’s story and without a moment of pause, the reply in her message box was, ‘LET’S DO THIS! Let’s give Anthony a dog!’

Tears flowed on both sides of the conversation. Everyone at that moment knew this was special. Their friendship, Dixie and her gift, Hank and their puppies, Tracey and Peter’s new friendship and all of it coming together to help a boy heal, to interrupt his pain and replace it with love.

So now we wait. It’s all on Dixie now, and she’s got this! And soon thereafter, Anthony will be let in on the surprise. As of now, he has no idea all the love that is brewing and coming his way so shhhhhhhhh…wait with us as we wait on Dixie and the gift we pray she will bestow on Anthony.”

This story was submitted to Love What Matters by Peter M. You can order his book here. Submit your own story here and be sure to subscribe to our free email newsletter for our best stories.