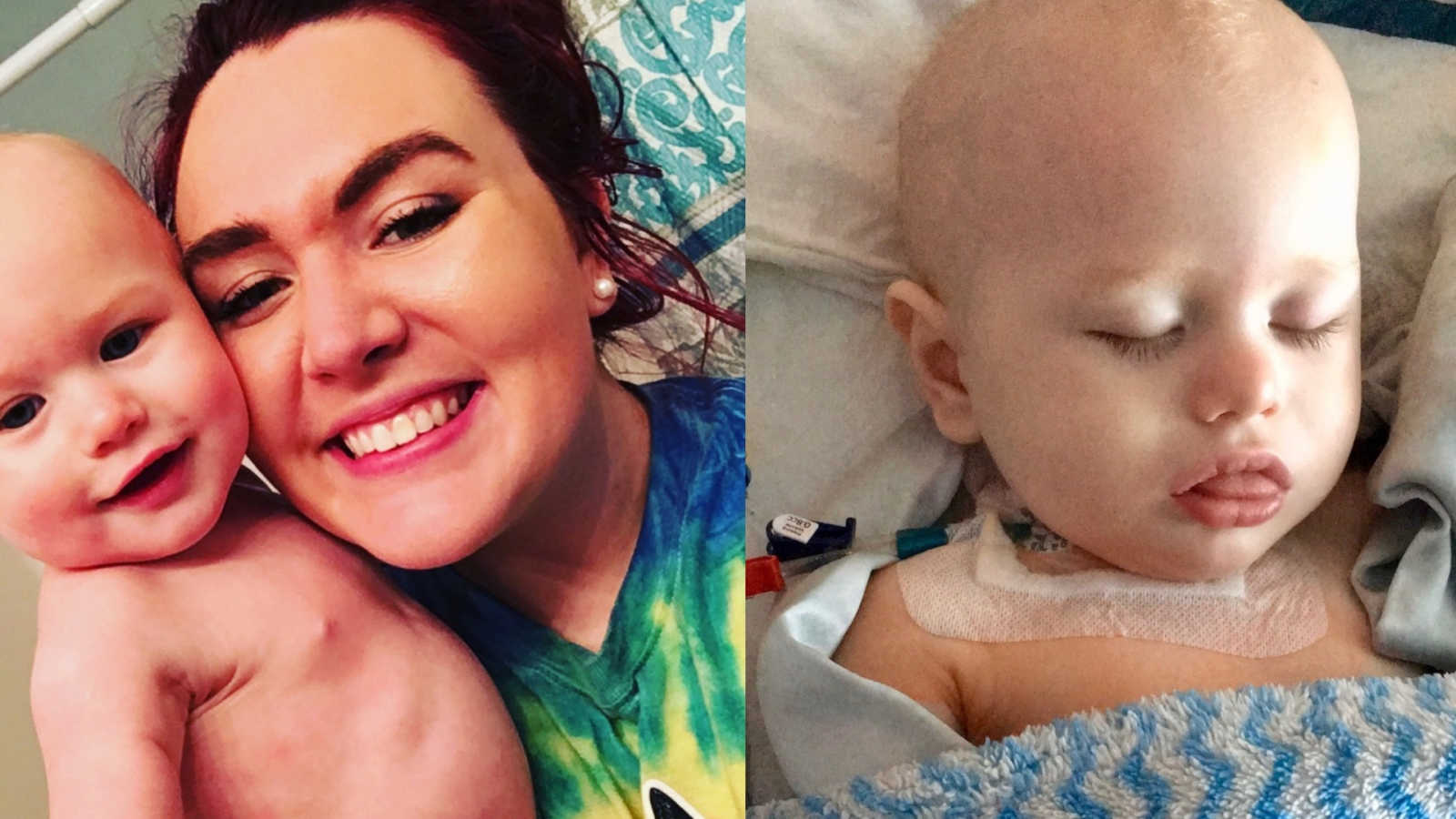 “In less than 24 hours, my sweet, active, PERFECT baby boy was paralyzed from the neck down…

It was a Friday. I picked up my son from the babysitter after work. He was fussy, so I assumed he picked up a virus somewhere, as the clinic had suggested. We went home and started to unwind. Declan was very clingy, not wanting me to put him down even for a second. I just knew it was the flu.

My husband and I did the standard alternate Tylenol, Motrin, Tylenol, Motrin throughout the course of the night. The next morning, I was able to get him into see his primary care doctor. His doctor suggested I take him to the emergency room because he ‘wasn’t as lively’ as she would like to see. He didn’t want to move. Another symptom that just solidified my flu assumption. The doctors in the emergency room didn’t act as if my son’s condition was serious. As the doctor was trying to tell me it was ‘just a virus,’ I looked at her and said, ‘But he can’t move…’

She suddenly stopped and looked at him a little closer. After prompting and teasing him, he still did not move. I saw the panic rush across her face. She immediately left the room. When she returned, the only words I clearly remember were, ‘We are suggesting he be transferred to Vanderbilt Children’s via ambulance.’

My entire world collapsed in front of me. My husband suddenly wasn’t this hard-shell exterior everyone sees. We were broken. I call my mother-in-law sobbing, unable to make a clear sentence. I watch the EMT’s strap my son’s car seat base onto the gurney. I meet my husband outside in the truck to follow closely behind the ambulance.

We spend the next 6 hours in the children’s emergency room before we finally get admitted. My little 10-month-old baby had to be put under for an MRI. After his MRI, they did a spinal tap to rule out meningitis. Shortly after, (around 2 a.m.) it was confirmed that my son’s spinal cord was swollen from C1 to T1, constricting the nerves, causing him to be paralyzed. 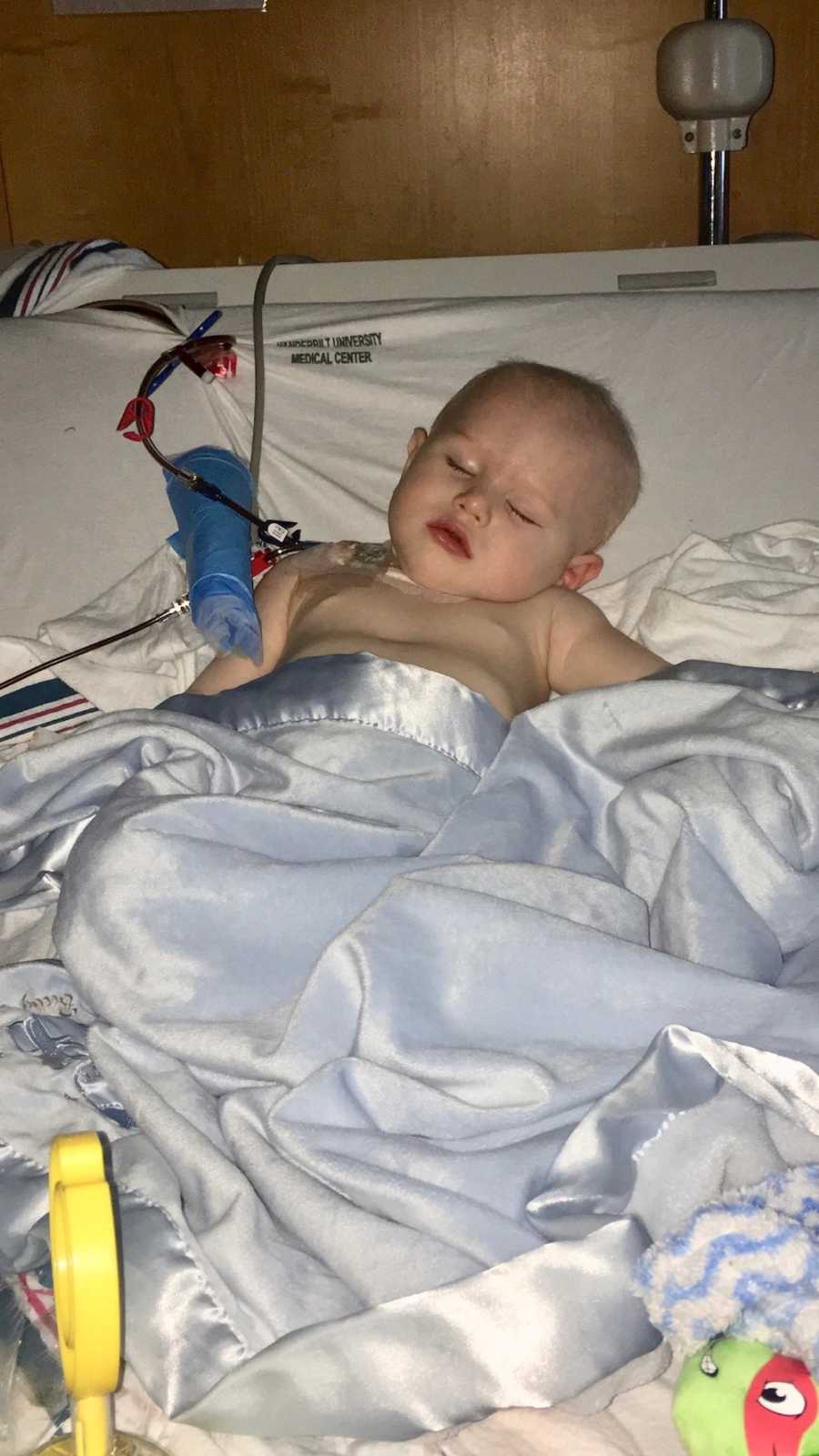 My son was diagnosed with Transverse Myelitis, one of the many forms of myelitis under the Multiple Sclerosis umbrella. From then, we start the 10-day journey of treatments and therapies and doctors and medications.

My husband and I were trapped in this tiny hospital room 24/7 not-so-patiently awaiting on another doctor to come in. ‘Will he walk again? Will he be back to normal? Will he be able to be a little boy…?’ Each of these questions were answered with, ‘We just don’t know right now. We will have to wait and see.’ WHAT?!? 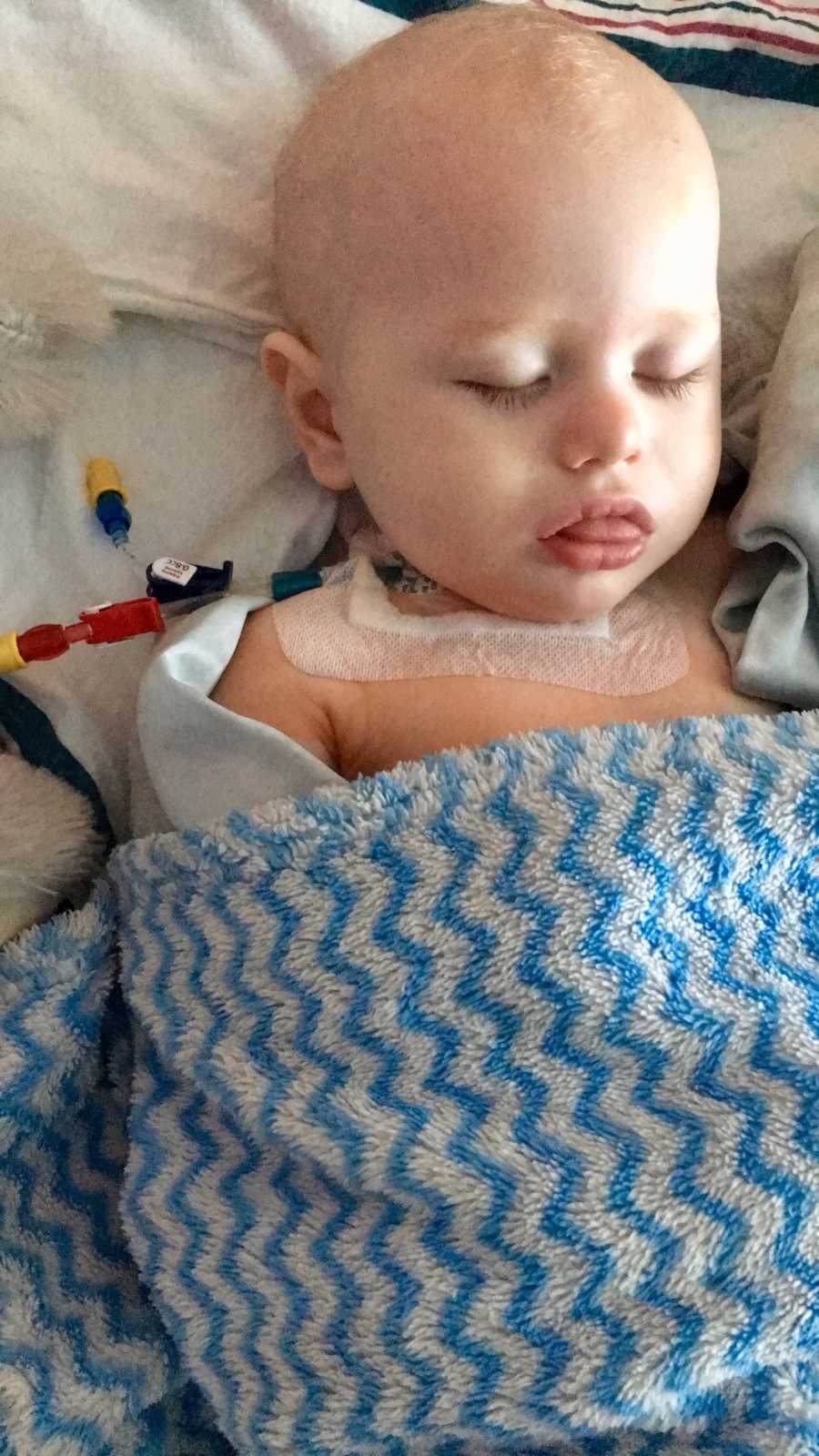 I found myself sitting there in my spare time thinking about how we were going to install a wheelchair ramp over our stairs to the entryway. We decided to start plasma exchange. The process of replacing his blood with new blood in hopes to clean out any antibodies causing the inflammation. Over the course of 10 days, he had IV steroids twice a day and plasma exchange through a neck port once a day, along with physical and occupational therapy. Fast forward to discharge day. Declan has made incredible improvements, and by the time we made it home, he was able to walk (a little funny, but walking nonetheless). 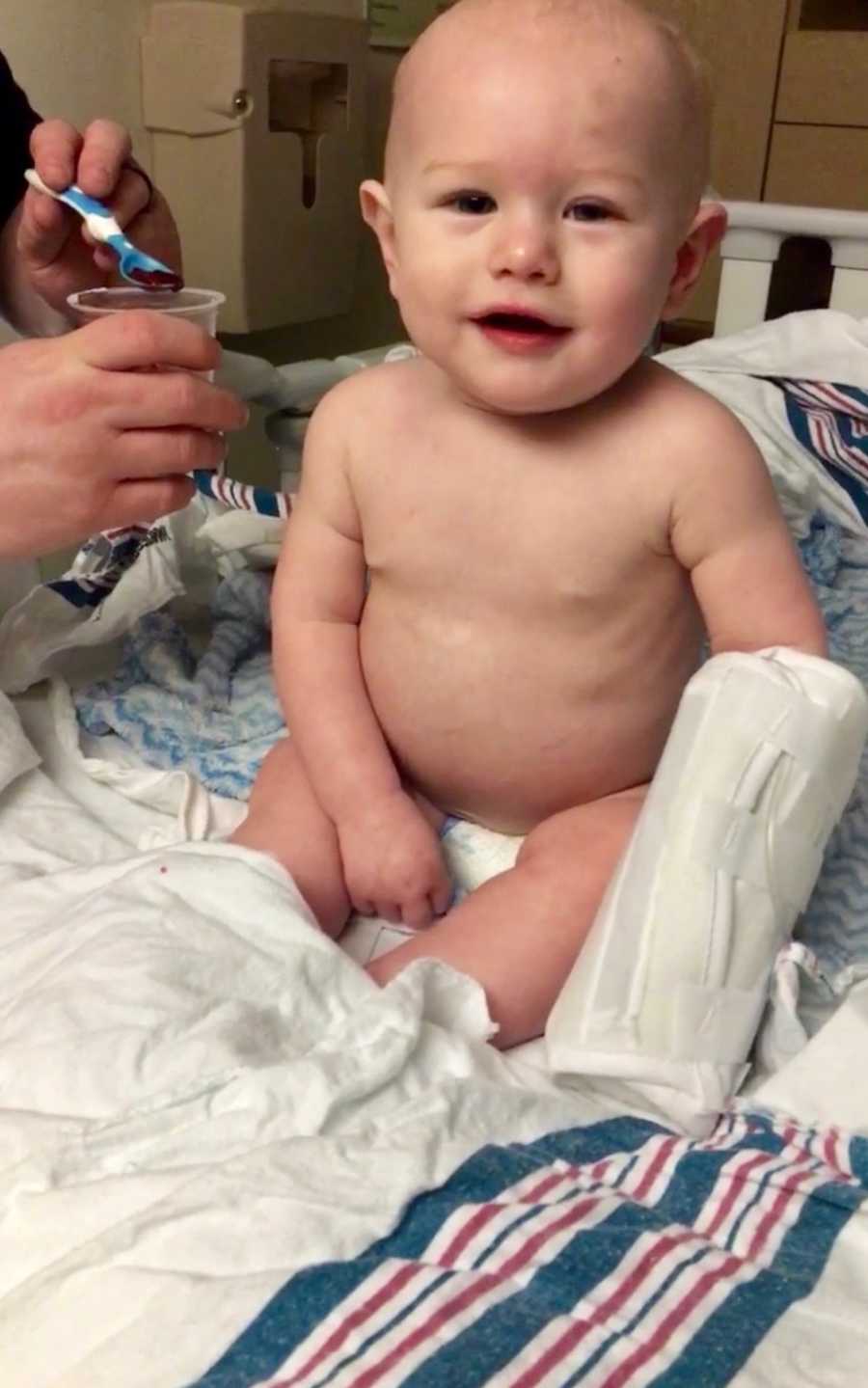 I chose to write this story because there has been an outbreak in this ‘polio like illness,’ which is essentially what my son suffers from. Out of all this negativity surrounding illness, I wanted to share some kind of positivity. My son can walk. My son recovered. My son can be (somewhat) normal. Though he will always get weak in the knees when he is too tired. Though he is immunodeficient and cannot receive live vaccines. Though he may be in diapers a little longer because he cannot feel the urge to go. Though he walks a little funny. Our son is a living, breathing, WALKING miracle.”

This story was submitted to Love What Matters by Haylee Bush, 24, of Murfreesboro, Tennessee. Submit your story here, and be sure to subscribe to our best love stories here.