“Yep. Unfortunately, you read that correctly. And you thought YOU were having a bad day, month, year? Go figure.

Well, folks. If you came for some ‘tea,’ then you came to the right place. This tea is piping hot – scolding, scorching, blistering H-O-T. (I try to make a joke of all of this now – it’s really the only way to cope and come to terms with it all.)

In life, there are so many things we cannot foresee. That positive pregnancy test lying on your counter. The red Volvo that smashed into your taillight. That lump on your auntie’s left breast that drags her through hell and back again. But, this? My story? It’s one of those things you cannot foresee because it’s something straight out of a bad movie. One that hasn’t even been written yet. It’s unthinkable, really. And what do all these other, normal unforeseeable things have in common? People know your pain, understand your journey. You can type in any key word for your hurt and find dozens, if not hundreds, of support groups. Well, not to anyone’s surprise, there isn’t exactly a support group for accidental incest.

Accidental incest. It’s still hard to grasp that this became my life. But let me tell you more about my life before we get to that ol’ ugly term.

I was born on September 1, 1994. That makes me a ripe 24 years young. I never knew (and still haven’t met) my biological mother and father. I don’t know much about them, except that they conceived very young and, obviously, wanted nothing to do with me. Today, family to me is a beautiful yellow house in Colorado. In it, you’ll find a curly-haired, brown-eyed pupper named Yzma, and an amazing mother and father who love me like we got the same dang DNA! They’ve spent all of their energy over the years making me feel like I belong, making me feel like this ‘second’ family of mine really isn’t second at all. I couldn’t be more grateful.

I did not, I REPEAT, I did. not. know I had a brother born to my biological parents. As it turns out, we were separated at birth and adopted by completely different families. Nowhere on any paperwork did my adoptive parents (who I will now refer to as just my parents) read anything about a second baby! If my parents had known, they would have adopted us both in a heartbeat, no questions asked.

So, I’ll skip the boring bits for the sake of time. The whole crushing depression of knowing I wasn’t wanted by my bio parents – the whole comparing myself to my siblings and feeling like a black sheep. Blah blah blah. But I’ll take you to my senior year of high school.

I’d nailed my SATs (woohoo) and aced all my exams. Our cheerleading team took second place in the state championship despite TWO of us having sprained ankles. The only thing on my radar was prom dress. Prom. Acceptance letters. Graduation. College. Then, seemingly out of nowhere, in walks this blonde-haired, blue-eyed guy I’d never seen before. My school has 3,000+ students for the record, so it is not unusual to see new faces come out of the woodwork.

Before I let any ‘romance’ bubble up, please note right here, right now that this guy I speak of was, and is, my BIO BROTHER (if you didn’t already guess). But I didn’t know this at the time!!!

So, anyway, he walks into our school’s wine and paint event (it was Hawaiian punch if you’re wondering) during De-stress Week. There I am, painting a dilapidated dog on a tropical island and he sits down next to me, criss-cross applesauce. He asks for a paint brush. We start chatting and really hitting it off. At the end of the event, he snags my number. It just felt right at the moment, sadly.

Later that evening, I received a text message that read something along the lines of, ‘Hey. I really enjoyed talking with you today. I was wondering if you wanted to grab something to eat tomorrow after school.’ Me? Grab food? After school? I was quite shocked. If you’re someone who has been adopted before, you’ll know that adoption and low self-esteem typically go hand-in-hand. I couldn’t fathom that he wanted to see me. Again!

So, I shrugged my shoulders, said an internal ‘what the heck,’ waited the preliminary 10-hour waiting period so as to not seem too desperate, and finally texted back, ‘Sounds good to me.’

Once again, we hit it off. We went to a burger joint a few blocks from school and ordered the exact same thing – our typical orders. Bison burger. Well done. Even down to the no onions, no pickles. I thought it was pretty dang cool. But I now know it had less to do with ‘cuteness,’ and more to do with our DNA.

Time passed. We started seeing each other more and more frequently. Things progressed smoothly, organically. Days turned to weeks, weeks to months. About 4 or so months into our relationship, we opened our hearts to each other and shared a bit about our personal lives. With that conversation came the realization that we both had biological parents we didn’t know! We were both adopted!!! It was SO RELIEVING to hear, and something that brought us even closer together. He, unlike most others in my life, understood my pain and my journey.

Time passed. We went to prom. We kissed. We graduated. We told each other we loved one another. We got accepted to local colleges not too far apart from each other and made it work. The whole boring hoopla and more.

Fast forward to freshman year of college, Christmastime. I thought it would be a great idea to purchase us DNA testing kits for us. It was something we had discussed before but never really fully considered because of the heavy price tag. But I’d saved up money over a few weeks to snag them. He opened it on Christmas Eve, a huge smile on his face. We would finally be able to look into our lineage and not have so many question marks emerging in our heads when thinking about how we came to be.

The process took some time and was very frustrating at first. We first each found some very distant cousins. Soon after, we consulted with what was known as ‘DNA search angels,’ or people who help you sort out your family tree from the goodness of their hearts in order to decipher and pinpoint a birth parent in question. 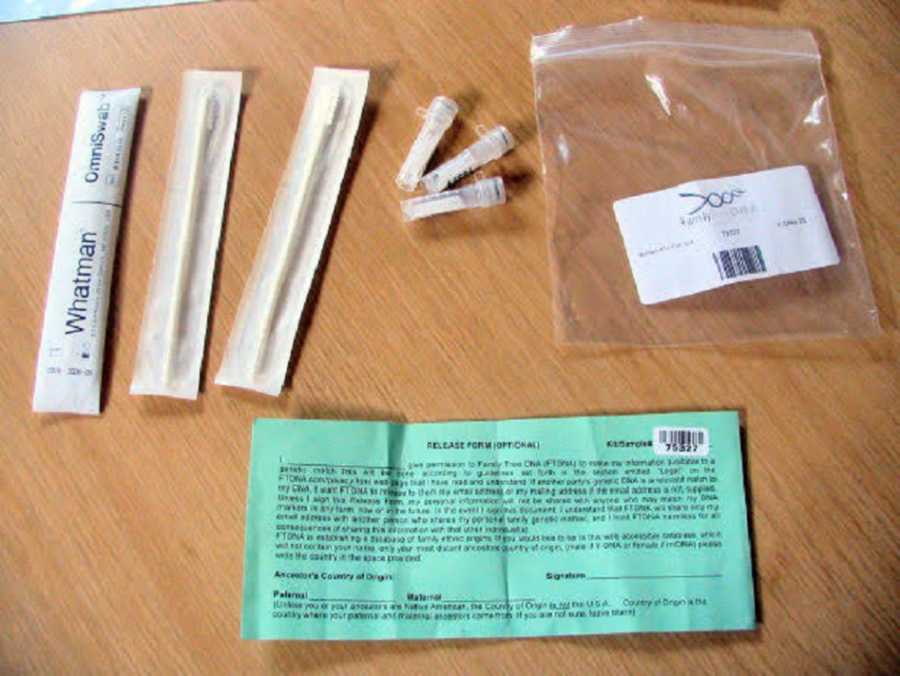 It was Angelica, our DNA angel, that noticed something a little strange. She didn’t quote know how to say it. She eventually spit it out: ‘It looks like I’ve found your birth month.’ My heart quite literally leapt out of my chest!!! It was an out-of-body experience, hands down. ‘But…,’ she continued. ‘It looks like the same person is coming up for ______ (my boyfriend).” All I could respond back was, ‘What?’ I couldn’t quite process what she was trying to tell me. After a few minutes of silence, I processed her message. Me. Him. Boyfriend? Same mother? What. That makes us…what? No. NO! ABSOLUTELY NOT. This can’t be true. Oh, but it was.

Imagine having your boyfriend who you LOVED come to visit you at your house and having to break the news that hey, I might be your sister. Actually, I am your sister. 100%. Yeah, you know those awful bio parents of ours that totally kicked us to the curb and ditched us? They’re actually the same ones! It’s a unique trauma. I remember him staring blankly at me. ‘What do you mean we’re siblings??!!?!?!’ We had been dating for several months at that point. We had no idea, and now we had to break it to our families who often joked we would get married someday.

Things got weird after that. We agreed to take some time alone to process. That ‘time’ would turn into nearly 2 whole months, no contact. Even a year out now, we are still trying to process it all. But through it all, we’ve decided to still love each other, just in a different way now. Like I said, it’s a unique trauma, but no one knows it better than we do. We went from strangers to lovers to sister and brother to strangers to great friends.

I’ve been seeing a therapist about this ever since. He as well. We are still navigating this heck hole, but we know it’s something we will both overcome. And I’m glad we are still there for each other. We’re better together. Because that’s what a brother and sister should be.”

This story was submitted to Love What Matters by a woman who wishes to remain anonymous. Submit your story here, and be sure to subscribe to our free email newsletter for our best stories.