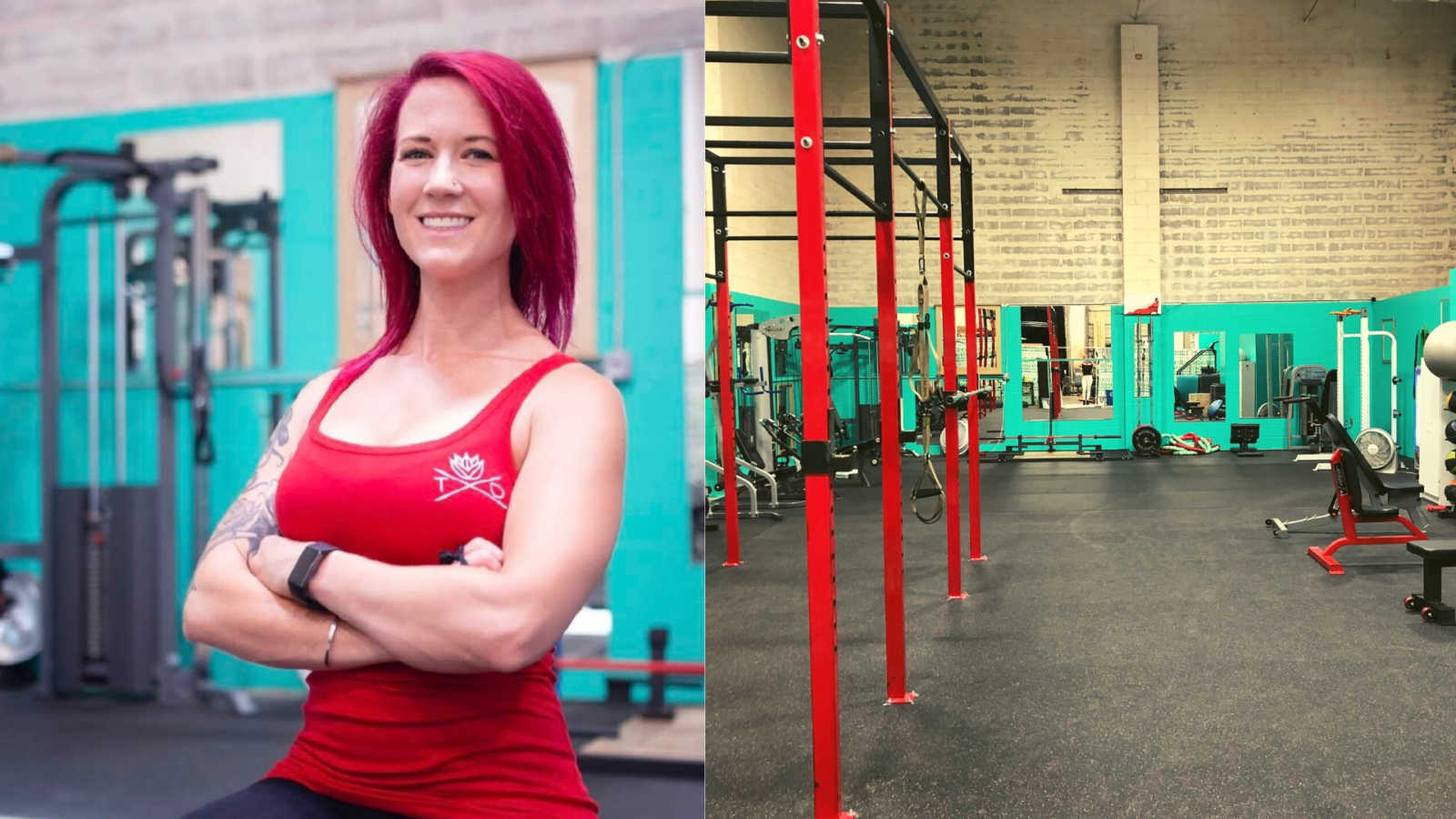 “We met at the gym we worked at. I was the Social Media and Marketing manager; preparing to start my grad school program and get my personal training certification. He was the trainer and assistant fitness manager. People never tell you they are monsters when you go on a first date. And people who love you are not supposed to hurt you. But that’s not how my story went. I met him in 2011 and dated him through 2013. It started out normal enough, as most abusive relationships do and then began to cycle through patterns of behavior. I couldn’t do anything right- from the level of cleanliness of our home to the food I cooked, to my weight loss or management. I was smart but not as smart as him.

When he hit me the first time, I fought back like an animal. Until he kept slamming my head into the floor and I had to decide if I wanted to be the woman who fought back or the woman who lived. I chose life. It’s a funny thing that happens in that situation, your brain literally cannot comprehend that level of violence from someone you love. It shuts down for you. It allows you to compartmentalize, to put one foot in front of the other. I was able to put makeup on and fix my face and hide my bruises. We even attended a wedding. And by the time we drove home I was apologizing for my actions that caused him to do that.

It’s funny, if you met me back then you would NEVER have imagined I would be the woman in an abusive relationship. I was tough and independent. I wouldn’t have been the person you imagined staying in a relationship for months after verbal and physical abuse. You’d never have believed I would have cosigned for his sports car, trapping me in another layer of abuse as he would threaten to refuse payment and destroy my credit. But I was, I was the one making excuses, trying to solve this relationship. After the second incident, I filed a restraining order, but I was entangled financially, and abusers make promises they never intend to keep. He missed car payments and I was struggling to cover my bills and the extra $518 dollars a month had me begging for his help. On Thanksgiving night in 2013, he showed up at my house. And from the moment he showed up until 11 a.m. the following day when he finally left, I was convinced I was going to die. Being told I was going to have my dogs murdered, being told I was going to be duct-taped and driven to my parents’ house and forced to watch their house burn down while they slept in it. I made it through that night. I covered up every bruise with makeup and did my hair and went to the family gathering the next day with friends and neighbors and my parents and I pretended I was fine. It took me ten days to call the police and finally put my ex in the jail cell he deserved. Knowing I’d be on the hook for the sports car I’d co-signed for and that the financial abuse was going to be as terrible as the physical and verbal I’d endured. Ten days.

That Christmas was anxiety-filled and spent dealing with lawyers and police and the car dealership. I was obsessively checking my yard each morning for rat poison in case the dogs went out. During my court case, he was involved with two other girls. He beat both of them terribly and one of them pressed charges as well. We found out we were just numbers in a string of abuse cases he’d been involved in since he was 17 years old. I helped them with their cases and continued to fight my own. It took over a year for my case to come to a conclusion, 10 months of time with his guilty plea with most of it served already. He was released within two months. I didn’t recuperate in the healthiest way. While I did go to therapy, I also spent a lot of time drinking and partying, trying to find ways to feel loveable and numb the things I didn’t want to feel at the same time. Until I woke up one day and realized I was just doing myself more harm than good, and I’d like to find a way to like myself again. So, I started to try and find ways to manage my anxiety and depression that were healthier, and I stepped back into the gym again.

I got into deadlifting because I was afraid. Afraid I’d have to fight him off. And I just wanted to be strong enough to survive. But I fell in love with finding my own strength and when I realized I could deadlift his body weight, I felt less afraid. I felt strong and capable. And I kept going. I’m now 126 lbs. and able to deadlift 300 lbs. And no one can take that away from me.

A year and a half ago, I decided I wanted to stop marketing other people’s ideas and start helping people find their love for fitness and strength within themselves. I wanted other people to find the same sort of self-love and change in mindset I’d found from picking up heavy things and learning to put them down. I started a gym called Tequila & Deadlifts and I focused on those in-service industries like myself, teachers and social workers- making personal training affordable for them and providing a safe and healthy avenue outside of their stressful jobs. And we are succeeding in helping so many members of our community. I’ve been lucky enough that the gym not only helped save me from some incredibly dark places but that it has given me a real sense of purpose. Between bartending and training I average 80 hours a week at work, but I wouldn’t trade it for a second. I love every single day.

It’s been six years. And to this day I hate yelling, it shuts me down completely. I can’t handle the sound of breaking things without my heart rate leaping and I always apologize even if I didn’t do it. But while the scars from that relationship are like broken bones that still ache when it rains, I have an incredible life now. I’m helping people and not just surviving but thriving. I am a very different person now, a sum of the experiences that have made me. I’ve built something with my own hands that no one can take from me. And I’m going to continue to help others find their own strength for as long as I’m able, because one in four of your friends is a survivor. One in four women is going through this. If you have someone you care about in a situation they are struggling to leave look at @nomoreorg or the National Domestic Violence hotline for help 1−800−799−7233.”

This story was submitted to Love What Matters by Kerith Rae of Richmond, VA. You can follow her journey on Instagram or visit her website. Do you have a similar experience? We’d like to hear your important journey. Submit your own story here. Be sure to subscribe to our free email newsletter for our best stories, and YouTube for our best videos.

‘His scheme to butter me up to lose his virginity worked. ‘Wow, he really cares about me.’: Domestic violence survivor reveals she’s been ‘scared to speak my truth’ for years, but finally realizes ‘I’m stronger for what I’ve been through’

‘I was tossed like a rag doll off a deck by my hair. He tried to take my life in front of my kids.’: Domestic violence survivor escapes abuser, ‘takes her life back’ with the help of her ‘tribe’

‘You look so much more beautiful with a black eye.’ My entire life revolved around staying alive. There was no tomorrow, no next week. Just the now, and an escape plan.’: Young woman escapes domestic violence, finds love with ‘selfless’ man