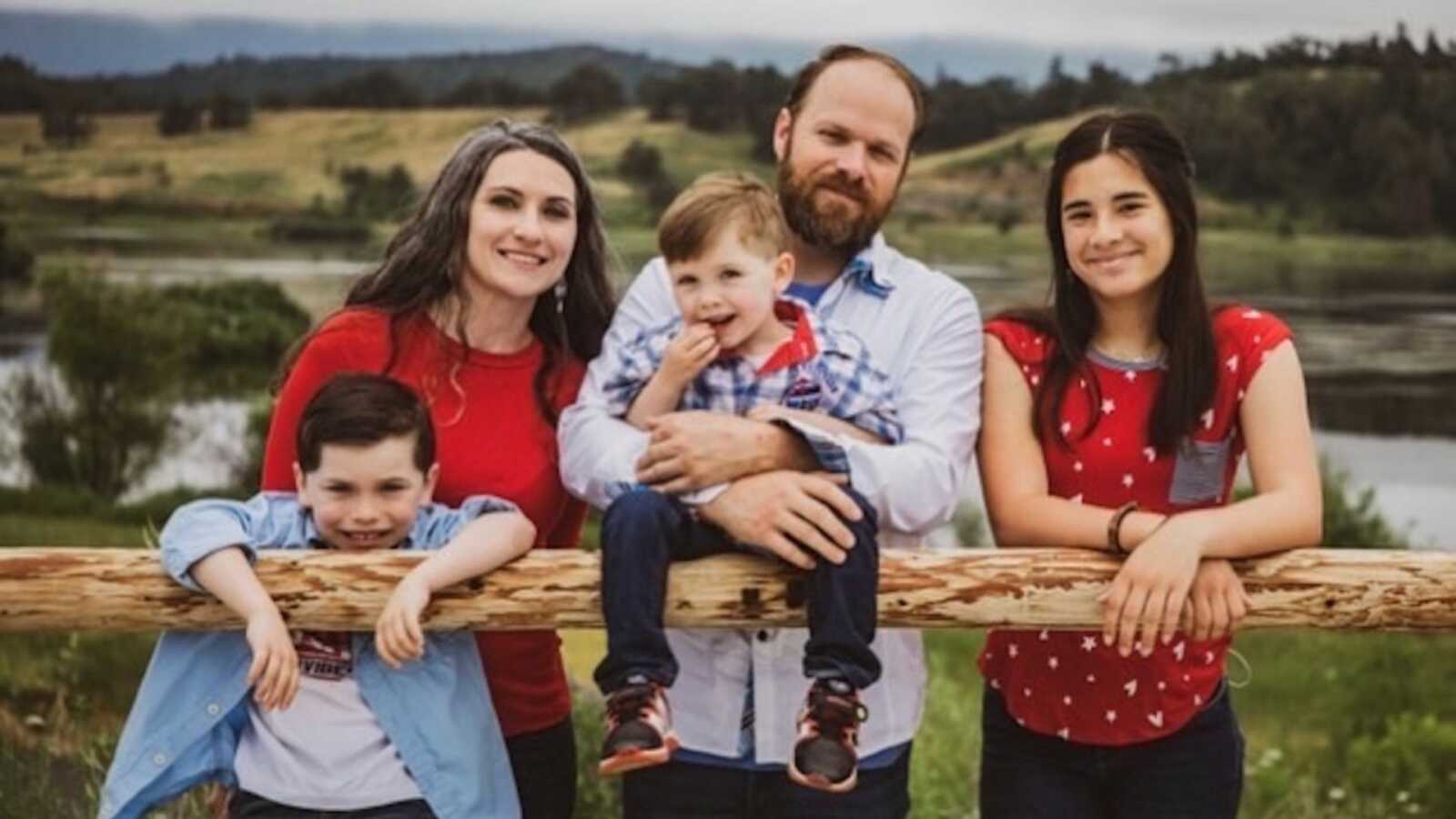 Trying To Grow Our Family

“My name is Lauren. I met my husband, Josh, at church back in 2005. I always imagined having 3-4 kids and living a comfortable life with travel memories made and laughter. I had never really thought about pursuing adoption. Growing up we watched a lot of movies that talked about adoption, but I always assumed I would give birth to all my kids. I never knew I had any health issues. I grew up active and healthy.

In 2007, Josh and I were married. We started to talk about kids around the end of 2007 and the start of 2008. It was not until the end of 2008, after months of trying with no success of pregnancy, that I went and sought out medical help. I was diagnosed with PCOS and a pituitary adenoma. Back then, there was not a ton of information on any of it, so I began trying to research any and everything. We met with some fertility doctors and exhausted all the options until they said we could try for IVF with the best chances of success. At that point, we did not want to take out medical loans, could not afford it out-of-pocket, and insurance would pay pennies on the dollar. We needed to think about options and turned to private adoption around the 2010/2011 timeframe.

We started with private adoption, as we really wanted an infant from birth. We submitted thousands of papers, which were physical paperwork and online forms. We completed the multiple health and mental wellbeing checks, the financial checks, the background checks, the referral letters, the photo albums, and the multiple home inspections — even our dogs had to be wellness checked and verified. It was intrusive and exhausting. I was excited about the adoption process and the end result of having grown our family, but I was stressed and overwhelmed. I thought the process was intense and wondered, ‘Why do only adoption families have to go through all the parenting classes, and why not everyone?’ I felt like it was almost unfair.

We ended up with five failed private adoption placements within two months. We would go from one hour of pure excitement and joy, to the next completely sad. It was quite an emotional rollercoaster and we had to pull our profile and take a break.

It was not until 2013 that we jumped back into the adoption process, this time foster-to-adopt. We were open to older ages, not just infants, and in the middle of the additional foster classes we had to do, along with more mountains of paperwork, we were selected for our daughter who, at the time, was four months shy of being six years old.

She came with a PTSD and RADs diagnosis. We had no idea what that meant and quickly learned by jumping into the deep end. It was hard with her, and about 8 years of therapy and EMDR therapy later, she is better. At the time, it was a life changing thing to not only finally have a child, but a child who needed extreme mental help. We were not prepared for this at all, and all the classes we took did not touch on this. I feel this is something adoption classes need to improve on. I spent hours researching, reading books, and talking to other people to try and find a way to help her. It took years of therapy for her to finally find a way to cope with the new life changes and the difficulties she had. It took nine months to finalize the adoption with her, in September 2014.

At this point, I was not doing anything extra crazy for dealing with my PCOS. I had found a regiment of over-the-counter vitamins I would take daily, and did so for many years. My initial reaction was thinking the ultrasound was left over from the previous patient, but I was ensured it was not. My literal reaction to seeing I was pregnant was, ‘Huh,’ as I just stared at the ultrasound screen. I think everyone in the room was thinking it would be more, but that was all I had. Eight years of trying, crying, and praying, and it came at the hardest time in my life.

I was considered high-risk with all the medical issues of PCOS and extra life stresses I had happening. I then was diagnosed with gestational diabetes. I was able to manage my blood sugars with diet and exercise, which was how I preferred to treat it. At this point, I really wanted nothing to do with extreme medical interventions via medications. I went into labor three days before my scheduled C-section. It was the worst pain ever and it did not help that when we got to the hospital late that night, no one was at the desk, so I was scared I would have to have Josh deliver the baby with no pain medications for me. I feared the baby would get stuck, as this was the reason for a C-section.

Luckily a nurse saw me crying at the empty nurse desk in the empty lobby, took me to where I needed to be, and I was put into a room. About an hour later, the doctors finally gave me an epidural for a C-section. The doctor was amazing, and knew music was the thing that calmed me down. I was able to hear music and everyone was happy and dancing while they did the procedure. My miracle baby was born late evening on August 8th.

Three years later, I had another baby which was also unexpected. I kept taking my vitamins and trying to eat healthy. I would say the remedy was being healthy, and divine intervention.

If I could go back in time and give myself advice, I would say to find a tribe. There are tons of support groups all accessible online for adoption and for infertility. I would say, do your own research. There were plenty of times in the eight years of trying to get pregnant I would read medical case studies from everywhere in the world about my condition and I would bring it to my doctor. I found an excellent doctor who specializes in PCOS and I would bring the case study to him and he would hear me out and help me. I would say go to therapy sooner. I would say make time, time for just yourself that no one needs you to do something for them. I would say eat healthy and drink water. I would also say, if you are going through this, help people around you. I learned later there was a girl who lived close to me going through the same thing, and she never reached out to me. I was honestly hurt because I was really open about how hard it was for me, and I wish I had someone to reach out to me. It worked out in the end that I found my tribe in a local adoption support group, but I wish I had someone helping me sooner.

Families are made up in different ways. Not everyone who has PCOS goes on to get pregnant. I would also like to add that comments of, ‘After you adopt, I know you’ll get pregnant,’ or ‘You just need to relax it will happen,’ or ‘Maybe you’re not meant to have kids,’ or ‘You’re so kind for adopting,’ are all meant well and loving, but these types of comments just don’t help and usually hurt more — at least for me.”

This story was submitted to Love What Matters  by Lauren Corrington of Roseburg, OR. You can follow her journey on Instagram. Submit your own story here and be sure to subscribe to our free email newsletter for our best stories, and YouTube for our best videos.

‘I would be doing you a huge disservice to let you move forward.’ I felt like my whole body was numb.’: After tumultuous infertility journey, mom welcomes twins, daughter

‘If there are children who need parents, why not foster or adopt?’: Foster dad shares increased purpose, understanding of foster care

‘We were so focused on building a family, we forgot we ARE a family.’: Woman details infertility journey, ‘We have so much love for each other’ 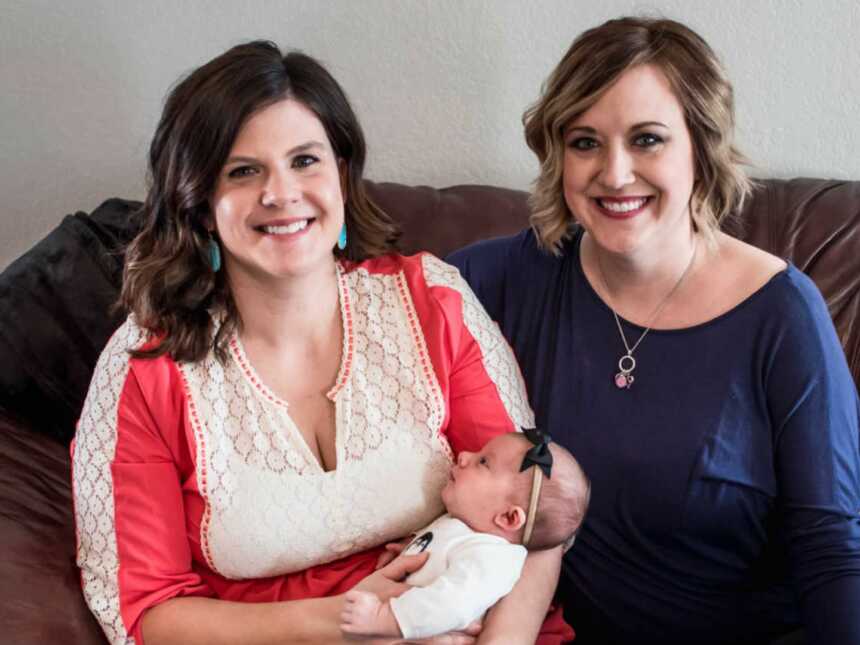