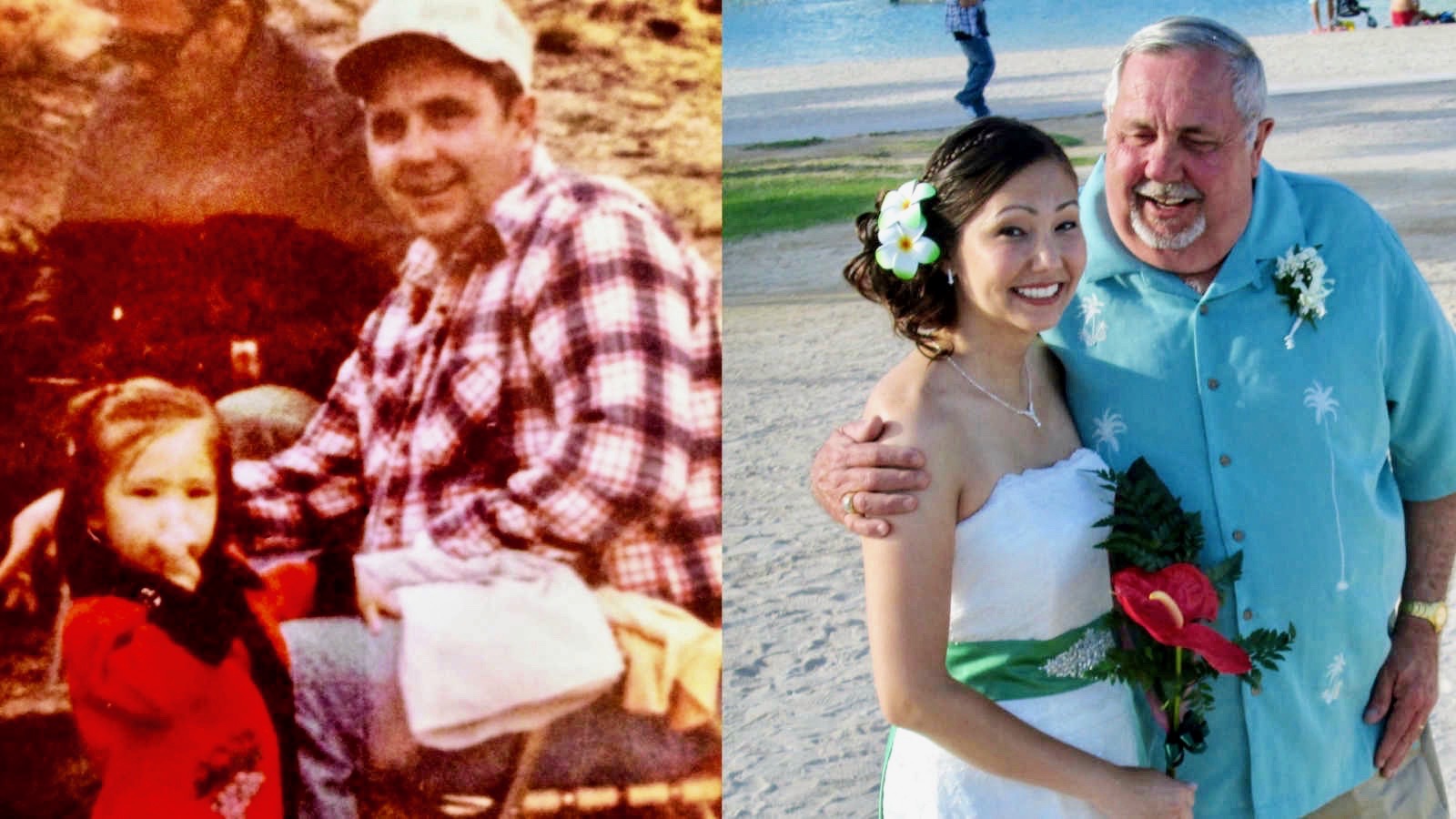 ‘Mommy, are you crying?’

I shamefully wipe away the tears and say, ‘Yes, but I’m okay now. I was just thinking about grandpa.’

This is the second time my 3-year-old daughter has walked in on me as I’m weeping softly on my bed. I thought I had mastered the art of disappearing and ‘being right back’ whenever the sudden wave of grief hit me, but I think she’s on to me.

It’s the two-year anniversary of my father’s death, and Thanksgiving and Christmas have come and gone. And he is forever gone.

I never used to cry because I missed my father. I cried because I was angry at him. He wasn’t around much when I was growing up. His Army job always had him working overseas, which left my immigrant Korean mother alone to raise two kids on her own.

When he was around, he was always drinking. A lot. It was the uncontrollable drinking that finally broke up my parents’ 25-year marriage.

Once my parents divorced, my father pretty much disappeared from my life. I graduated high school and college, moved to another state, got my first job, was diagnosed with depression and had my first mid-life crisis — all without him around.

But I didn’t need him in my life. My mother had been both parents, and she instilled in me the importance of being strong and independent. The stubborn Korean in her taught me not to rely on anyone, especially men, for help or support. ‘We can make it on our own,’ she would say.

And I did, for so many years.

Then, a few years after meeting my now husband, I got a call from my father’s new wife. The Jersey native met my Oklahoman-born father online, and they had fallen in love and gotten married. She was very close to her own children and grandchildren, so she forced my father to get back in touch with us.

At first, our 5-minute conversations seemed forced, and they consisted of long and awkward pauses. But I could tell he was at least trying, so I tried. He seemed happy, and best of all, he had quit drinking. The anger I had bottled up inside for him slowly started to fade, and I had hope for this newfound relationship.

If you had asked me fifteen years ago if my father would be walking me down the aisle for my wedding, I would have said no. But there he was, on June 21, 2012 in Honolulu, Hawaii, walking me down the sandy beach shore, giving me away to my husband. It felt like a dream, and one that I never wanted to wake up from.

I was told several times by his wife that being at my wedding was the proudest moment of his life. I think that was probably true, until three years later, when I gave birth to his first and only grandchild on March 12, 2015.

The night I first saw my father hold my daughter, I cried. I was overwhelmed with emotions. I resented him for not being there for me as a child, but I loved that we now had this little person to bring us even closer together. That year, I saw him be the amazing grandfather I dreamed and knew he could be.

Then, in early July 2016, he called and told me he had stage IV cancer.

My husband, daughter and I flew from Maryland to Oklahoma shortly after that call. He held my daughter every moment he could. We barely talked, but that was okay. We had the most amazing three days together.

Two weeks later, on August 27, 2016, I watched my father take his last breath. I had spent three nights with him in a hospital room, feeding him ice cubes and telling him I loved him. And most of all, that his granddaughter loved him.

‘Mommy, who is that man in the picture with me in my cool shoes?’

My daughter is pointing to the background photo on my phone. She is a year old, sitting on his lap, wearing plaid Velcro shoes. This time, I’m not ashamed to cry.

‘That’s my daddy. Your grandfather. He loved you more than the world.”

This story was submitted to Love What Matters by Trish Broome. Submit your story here. For our best stories, subscribe to our free email newsletter.