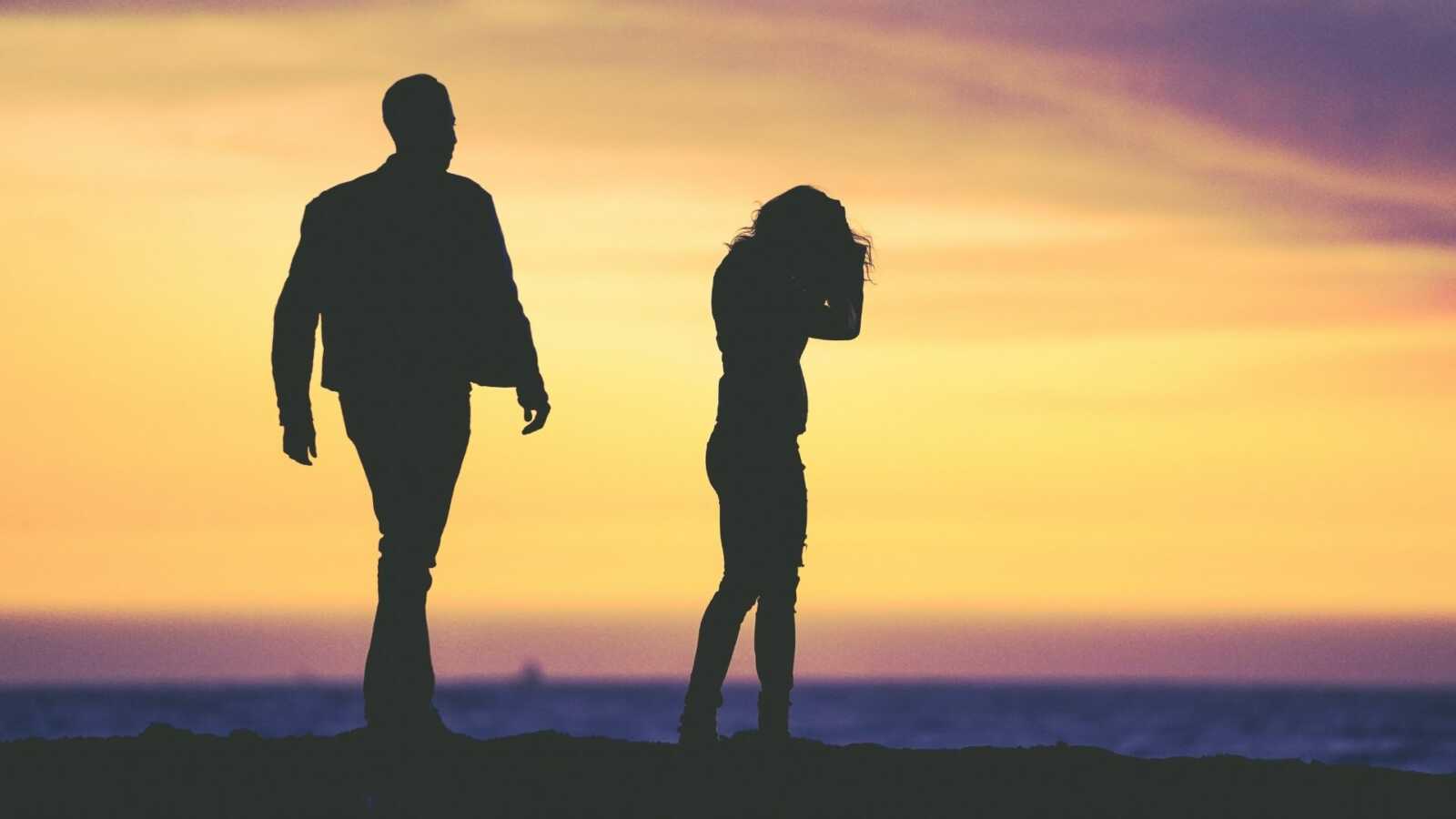 The last two years, I went back into the dating scene and I learned a ton of things. I found some bad seeds, but I also found some good ones, too. When it comes to dating in this age and time, I find that a lot of people are simply frustrated and I totally get that.

When it comes to dating around, you are going to find some bad people or people who are not right for you; that is just how the dice rolls. However, no matter what situation you are in, it is very important to arm yourself with the knowledge of what a good relationship is and what a bad one especially is. Below I will be comparing my worst relationship to the best relationship that I have had so far.

Right out of my marriage, I entered an unhealthy relationship with a narcissist filled with red flags. I stayed because I was naïve and I wanted the best. I also was afraid of being alone so I fully settled on this person. I ignored those red flags and they cost me a year of my life, plus anxiety, depression, and more. It was the worst relationship (and year) that I ever had. This is why I am starting with red flags first so that you can leave as soon as possible if you notice too many.

6 RED FLAGS IN A RELATIONSHIP

In my “red flag” relationship, my partner would get jealous of me spending time with my friends and sometimes even of my own children. He would go through my social media and interrogate me about men who liked my posts and tell me who to delete ‘or else.’ He did not respect any of my boundaries and often gave me ultimatums. He also tried talking me into buying a home together one month after dating/meeting. If I ever wanted me time, he would feel insecure.

THEY CONSTANTLY PUT YOU DOWN.

If you are constantly being criticized by your partner, this is called emotional abuse. Even though it’s abuse, it is often swept under the rug or ignored in order to avoid conflict. These are also some key characteristics of a narcissistic relationship. I would always be made to feel guilty about choosing to spend time with my friends and family instead of said person. I would constantly be name-called by him and made to feel as if I was constantly in the wrong.

I felt as if I were a puppet in this relationship, being controlled nonstop. I had to put up with threats of breakups on a weekly basis. He would say we were breaking up, block me on social media, and then unblock me to come back. It was a huge form of manipulation that quite literally almost drove me crazy. One year he tried to tell me that my kids’ father could not come to MY house for their birthday party. When I stood up to him, he made another threat such as he would no longer show up. This is called manipulation, folks. If you feel as if you aren’t living your own life anymore or making your own choices, chances are you are being controlled.

I would constantly catch my partner lying. He was also a big time cheater and would even lie/gaslight his way out of it when I found proof of him reaching out to a sex worker. They literally just can’t tell the truth, even when they are caught.

When they are in the wrong, they don’t really like to apologize. When I caught my narcissist ex cheating, he said sorry once and got mad at me because it took me months to trust him again (as if it were my fault). Sure, he did say sorry. But I did not feel it was genuine. Most times, when you are dealing with this type of person, it is not. You know a true apology when you hear one. Nothing is ever their fault and that gets old quick.

Being moody is one thing, sure. We have our good days and bad days. However, when it changes every single day and their bad moods at aimed at you, that is an issue. I walked on eggshells because when I had an issue, he would get mad at me for bringing it up. It was hard to talk to him about things that bothered me because he would deflect that issue back onto me without acknowledging it. Such as the scenario above when I told him he was not allowed to control my kids’ birthday party guest list. He then reacted in a rage over the phone and told me he was going to put my dog Marlow out on the street. This is not okay, it is abusive. Don’t put up with that.

As you’ve seen, these are some classic red flags to know and watch for. If there’s just one or two, it may be worked out. But if you are noticing a ton of them and things are not getting better, or if you cannot talk to your partner about them while feeling safe and heard, you have to find a way to leave.

Now, on to the good stuff. The green flags may feel weird at first to someone who’s been traumatized in a relationship filled with red flags. However, it is important to familiarize yourself with what IS truly healthy while dating someone.

6 GREEN FLAGS IN A RELATIONSHIP

YOU CAN BE YOURSELF.

This is so important. If your partner cannot allow you to be you, then you are not right for them. You should never have to sacrifice who you are or lose yourself to make someone else happy or to ‘bring peace’ to a relationship. I love that my fiancé loves my weirdness and terrible singing. I feel so safe with him and I don’t feel any sense of inadequacy. I don’t feel judged by him.

YOU CAN OPENLY COMMUNICATE.

My fiancé and I do clash heads sometimes. Who doesn’t? However, I usually always feel seen and heard because he actually LISTENS to me. I love it! We made a pact to never go to bed angry and we have kept that going since we met. Even if he does get angry, he doesn’t make me feel small.

YOU FEEL CHALLENGED IN A GOOD WAY.

My fiancé challenges me to be the best person that I can be. He challenges me to get healthier, be a better mom, grow my business, and to find what makes me happy. We both equally inspire each other and it is the greatest thing. If your person isn’t helping you grow, your relationship could become stale. Seek to push each other to higher places.

A lack of respect is very clear. It is in the way someone treats you or even speaks to you. Someone who clearly respects you will not try to put you down nor hurt your feelings in any way.

Being in a relationship with a narcissist left me so lost. I did not know whether we would be together one day to the next because things were always so back and forth. I lost who I was and never felt more confused in my life. But in a healthy relationship, you will know where you stand with that person and can rely on a steady future.

One of the biggest green flags is feeling as if you are on the same team with your partner. Often times, when red flags are present, you can feel as if it is you against them. But you should always be able to count on your other half no matter what, even when mistakes happen.

I hope these red and green flags help you with your relationship. I’ve been through it all and I am happy to share with you that good people (and green flags) exist!

This story was submitted to Love What Matters by Sia Cooper of Diary of a Fit Mommy. You can follow her journey on Instagram and Facebook. Submit your own story here and be sure to subscribe to our free email newsletter for our best stories, and YouTube for our best videos.

‘I wasn’t allowed to have male friends. I caught him messaging not one, but two escorts on a work trip using a fake name. In a year, we broke up 10 times.’: Woman urges ‘look for the red flags’ after escaping narcissist

‘Don’t show your butt like that. You’re a mother.’ I WANT my kids to see a body positive mom.’: Woman mom-shamed after ‘rocking’ a bikini, ‘every woman deserves to feel comfortable in her own skin’

‘It’s a girl!’ My heart sank. On the way home from my gender reveal, I cried. Hard. I was hoping it was some mistake.’: Woman candidly shares reality of ‘gender disappointment’ after years of mother’s abuse

Do you know someone who could benefit from reading this story? SHARE this on Facebook with family and friends.

‘She’s sending me away. She says I’m a bad kid and I’m wrecking her life. Why doesn’t anybody love me?’ I held his little hand, crying hard. ‘Will you adopt me?’: Woman adopts boy from foster care, ‘He’s the missing piece we didn’t know we needed’

“It was a chilly fall night when Zack called. ‘My mom is out of control. I’m scared. I don’t know what to do.’ He was hiding in the driveway. I jumped into the car. ‘Nobody wants me bec—’ We quickly interjected, ‘Nope, it doesn’t matter what happened. We want you. We love you. And you always belong here, no matter what.’ In that moment, we knew he was ours.” 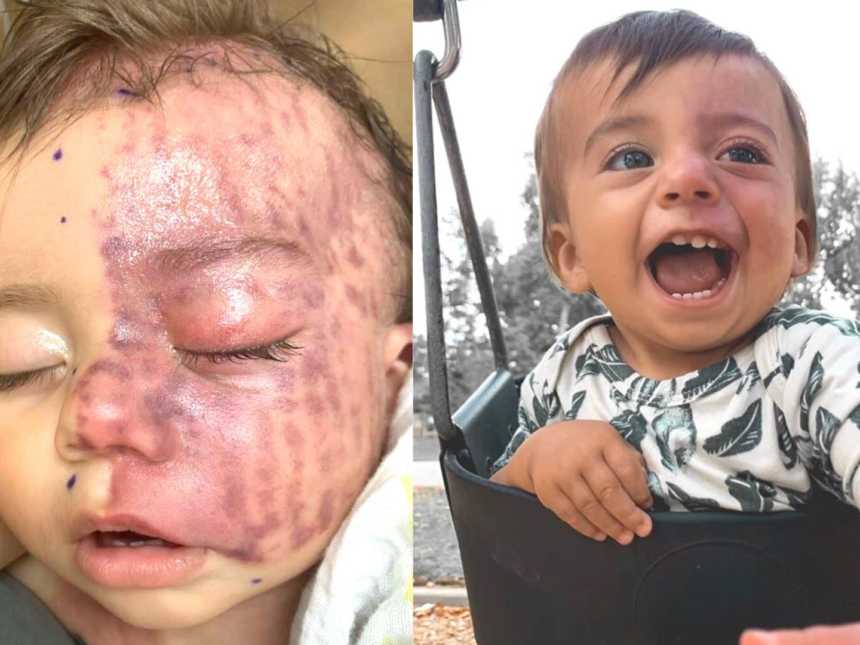 ‘Please, make it stop. Don’t take my baby from me!’ The 16 minute helicopter ride felt like an eternity.’: Mom has child with Sturge-Weber Syndrome, ‘I am so honored to be his mom’

“Shortly after the move, our worst nightmare came true. In the car, I noticed he was acting weird. My son was placed on a stretcher with a neck brace, while screaming and crying like I’d never seen him before. I was helpless and hysterical.”

“So, there we were… my wife and I in a tiny stall in the bathroom, and I could see the top of our little girl’s head crowning as Maggie was straddling the toilet. I told Maggie, ‘Sweetie, we are gonna have to do this right here, right now.”