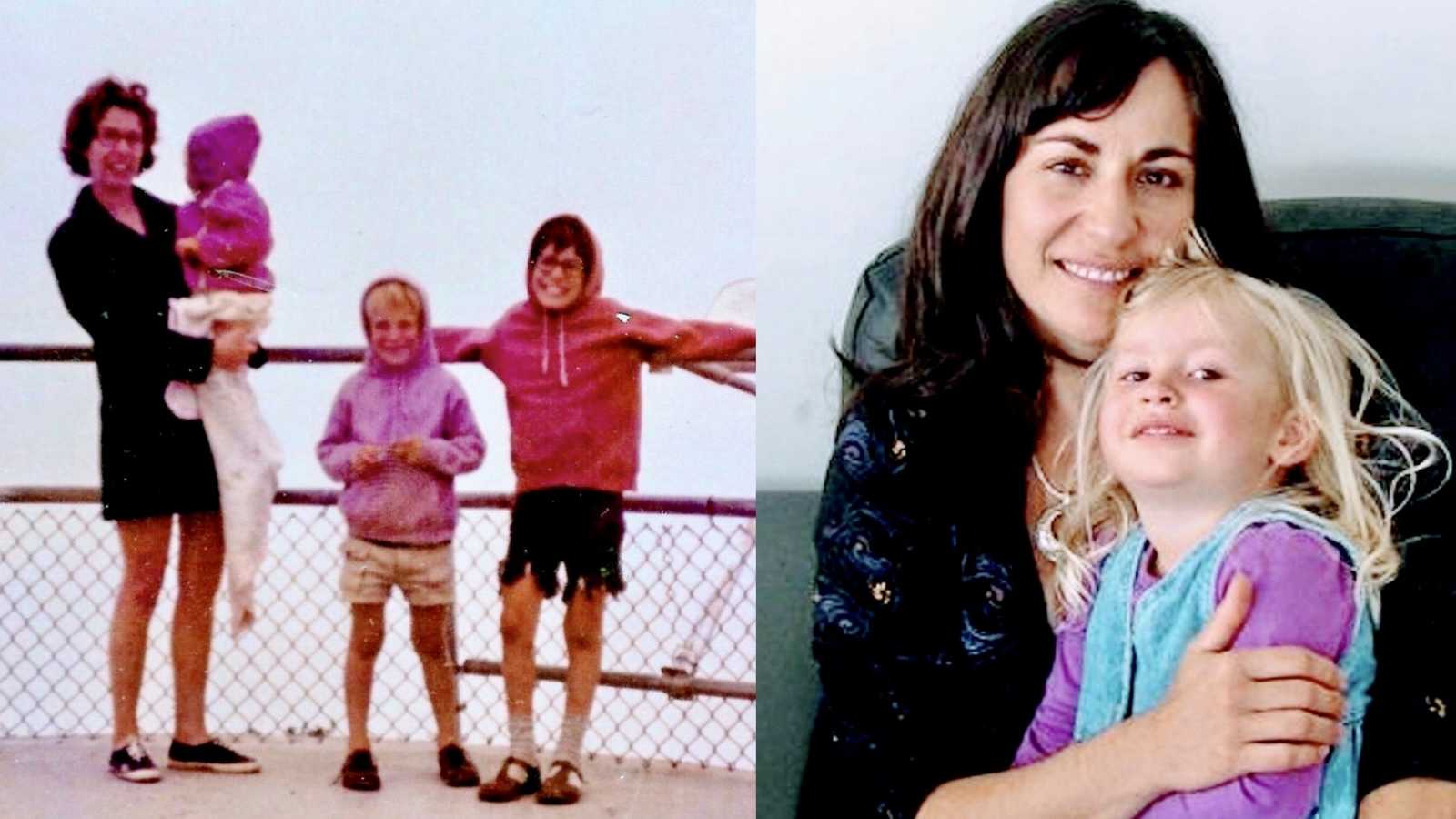 “Purple has always been Mom’s favorite color. Since it was the 70’s, I am sure it was super easy to find our purple dining table with matching purple leopard print roller chairs to celebrate that love. The walls and lino floors of the kitchen, dining area and bathroom were also different shades of lavender. While growing up, it was a fun and quirky part of our home experience. Aside from her love of purple, she was a devoted loving mother to her three children.

However, the amusement ended at thirteen when purple and I became enemies on an unforgettable day. As I walked in the door for supper, I unknowingly arrived into the beginning of several years of heartache and anger towards an invisible mental illness. My normally reserved Mother sat on her purple chair beside the purple table babbling nonsensically about her purple ten-dollar bill. Something about a magician and other delusional chatter surfaced. That night was the first of many times Mom was hospitalized, and she would disappear from our family life for at least a month at a time. It was also my own discovery her bipolar illness was not newly developed but had lay dormant for years. I learned about the episodes she had before I was born. During this period her illness was called Manic Depression years later renamed bipolar mental illness.

During this episode, my Dad asked if I wanted to stay with a friend, I refused the idea and instead became very independent and guarded with telling others what was going on. I renounced any form of sympathy from friends or family that knew…recoiling at its connection to pity.

Purple began to be my unconscious symbol of the destruction of our mother/daughter relationship. My Mom’s bipolar mental illness began to surface as these episodes began to take place yearly sometimes twice a year. Little signs would appear, the sleepless nights would begin, the non-stop talking on the phone in the early hours of the morning, the impulse buys of bags and bags of ridiculous items, then quiet and clean up when Mom was again hospitalized. She would return home expecting to regain her place as a parent and I rebelled against this notion. It was a painful time for us both.

My Grandma, (Mom’s mom) was also bipolar. I wondered if my fate was sealed. My Dad assured me I was different, and this adversity would make me a stronger person. As I grew older, I began to trust his words and knew he was correct. However, the loss of having a close bonded Mother/daughter relationship seemed a big price to pay and at times trading my inner strength for a special relationship continued to be tempting. It seemed most females I knew treasured special relationships with their mothers.

At eighteen and a month after my Dad passed away, it was my turn to hospitalize my mother. Agonizing as it was for myself losing my father so young, the depth of Mom’s pain was immeasurable, and she could no longer keep her illness at bay. I don’t recall the signs leading up to the day she again became delusional. Somehow, I managed to get her in the car and to emergency that afternoon. Dad shielded us and when Mom’s symptoms appeared, he would take her to the hospital and that was the extent of what I knew. The staff put me and my Mom in a small room, as I sat, she flicked the light switch off and on for ages… she would want to leave, and I would need to convince her she needed to wait. Seemingly hours later the doctor came. They took my crying angry mother and I went home stunned.

It was a shock to visit her over the next month, walking in my father’s footsteps knowing how he must have felt seeing her like this. The image of her hand scrapping over the window of her locked room (for her safety), and those days when she was severely catatonic staring into space in a wheelchair. Then with her improvement, it turned into hyped introductions to every patient in the ward. As distressing as it was, there was never a thought of not visiting.

I hated purple and still hated its existence. I would never tell my mother this, but it continued to be symbolic of the chasm between our mother/daughter relationship caused by her bipolar illness. In 2008, my beautiful daughter was born. My husband and I were so excited to have a sibling for our son. At the age of two, I was relieved her favorite color was pink. However, her existence did force me to face many old hurts that had been tucked away. I am grateful for this as they needed to be addressed. My hatred of purple was one of them. In those early days, I never bought purple clothes for my daughter, but she was gifted clothes of this color. I didn’t want to impose my past wounds onto my innocent child, so she wore them. Slowly it became impossible to hate a color when it was wrapped around this vibrant child that I loved dearly.

When I began my childhood series, my painting ‘Catch and Release’ became a pivotal moment for me when I chose to paint the balloon purple. The little girl in the painting is playing catch with this purple balloon. It was a conscious decision that I did not take lightly, I felt somewhat enticed to make this choice.

Then like dreams, hidden meanings can surface in artwork that initially artists are not aware of at the time. At least I find this practice very true for myself and this painting speaks true of this. As months later, I make these realizations that symbolically, I am the little girl, playing with this balloon softly. The balloon is my mom in those moments where her illness is being managed, I am able to connect and let the sadness fall away and begin to heal. Enjoy our moments and be present with her. As she becomes ill again, I need to release her and refrain from trying to be her parent. In those times, I know she is safe and protected as her caregivers and medication carry her through to the healthy side of this episode. As well, the balloon is very large, larger than the child who is able to cradle it as it is nearly weightless. A metaphor for my inner strength. At times, I know situations seems huge but no matter the size, I sense and trust in my abilities. The phrase ‘purple power’ comes to mind.

The cold January afternoon after I wrote this entry, I walked to school to pick up my daughter, I glanced down at my maroon winter coat and I realized I had come a long way. After all, maroon is purple mixed with red, a symbolic color of love.

Purple will never be just another color but I’m glad we are friends.”

This story was submitted to Love What Matters by Deanna Lavoie. Visit her website here. Do you have a similar experience? We’d like to hear your important journey. Submit your own story here, and be sure to subscribe to our free email newsletter for our best stories.

‘Why is Mami in the hospital?’ She’d turn manic. It was like walking on eggshells.’: Young woman recounts growing up with mom battling bipolar disorder, ‘days without sleeping’