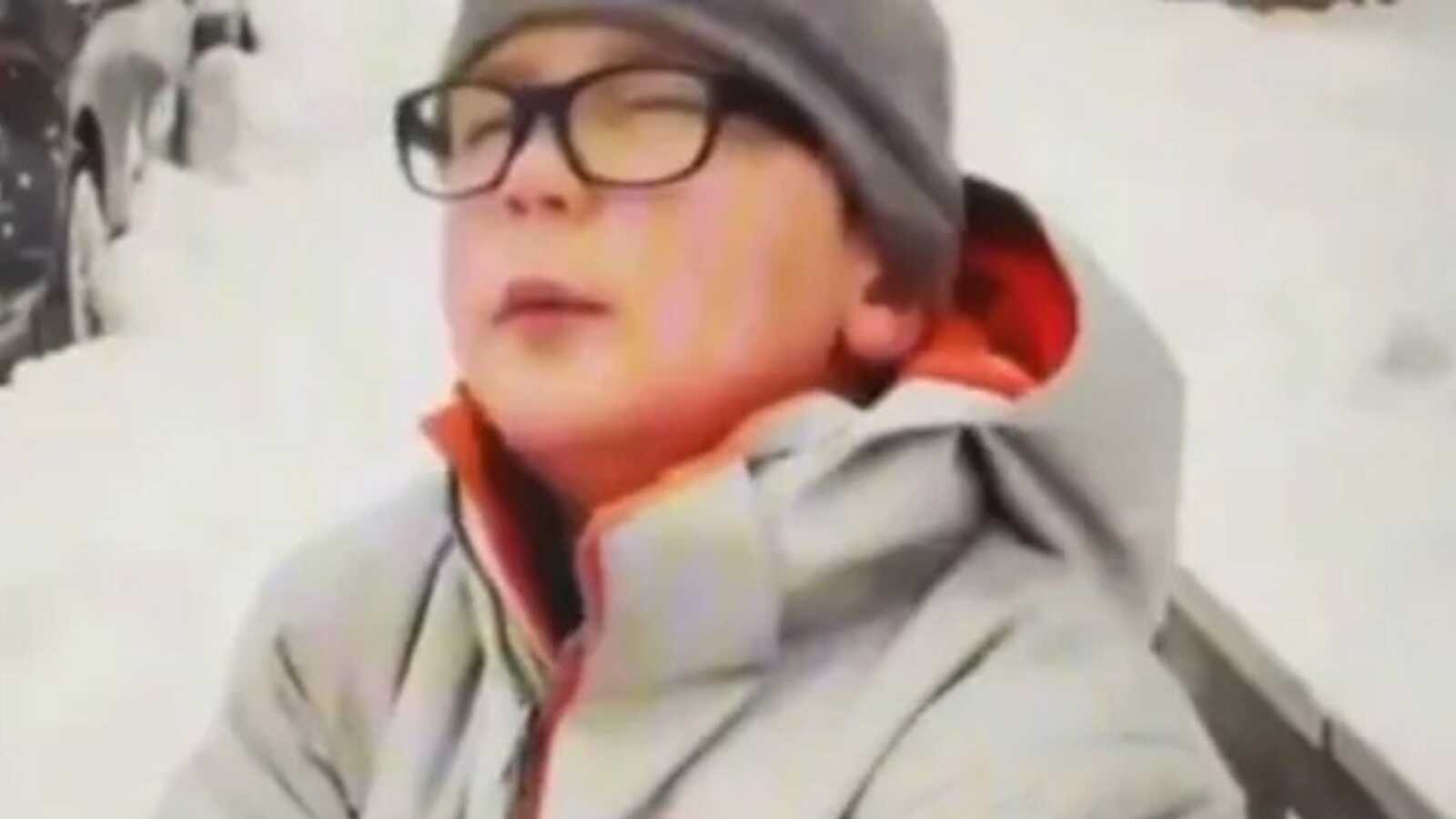 The caption under this boy’s name on the CTV evening news said it all: “Carter Trozzolo, Exhausted.”

Carter was out shoveling snow in front of his house after a big storm in Toronto, Canada, when a news crew approached him to ask how it was going. “Tiring,” Carter told them, heaving a world-weary sigh you wouldn’t expect from someone his age. Shrugging, the boy let his eyes close momentarily before continuing, “I really wish I was in school right now.”

When the clip aired on television, viewers couldn’t help but laugh at Carter’s honest assessment of the joys of snow removal. Meaghan Derynck tweeted out a recording of Carter’s interview with the caption, “One of my favorite kids was on the news tonight in Toronto and I have officially died. I’m dead. The nameplate alone. Gold.”

Her video went viral with over 3.2 million views, and it’s safe to assume “Carter Trozzolo, Exhausted” is poised to become a meme the internet will always cherish! Check out the priceless interview in the video below.

One of my favourite kids was on the news tonight in Toronto and I have officially died. I’m dead. The name plate alone. Gold. pic.twitter.com/3XNs27oHoh