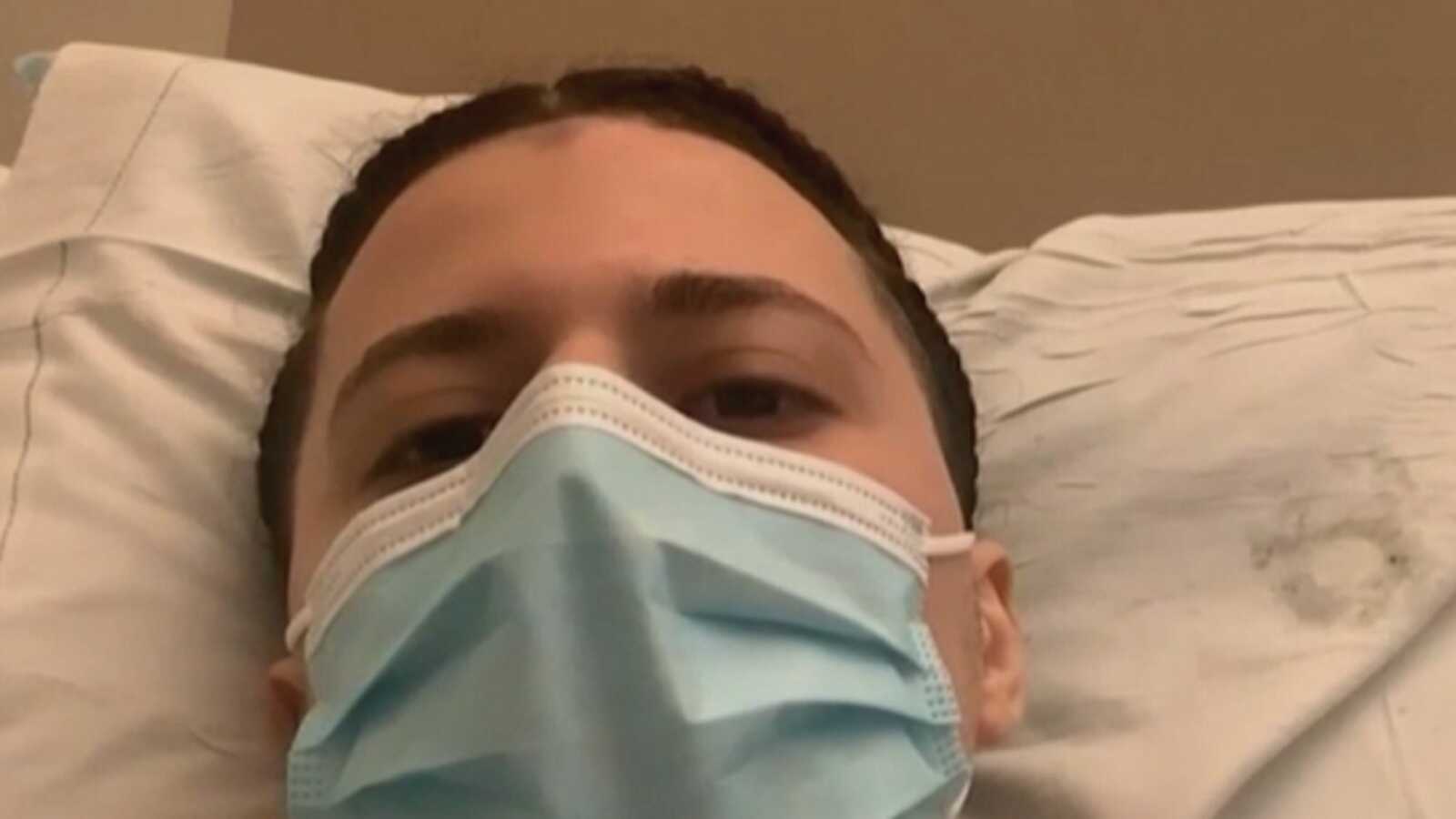 Hourari Benkada is being praised for his instinctive protection of a pregnant passenger in the Brooklyn subway shooting that injured over 20 people in the rush hour of Tuesday morning.

Sharing the harrowing events from his hospital bed in an interview later Tuesday night, Benkada described the chaos and confusion that erupted when a man next to him set off two smoke bombs. Passengers rushed to the back of the train to try to escape the black smoke.

“I didn’t know if there were shots at first. I just thought it was a black smoke bomb,” Hourari tells CNN anchor, John Berman.

But as the gunman opened fire, the brave Mr. Benkada sought to help the woman in front of him.

“She said, ‘I’m pregnant with a baby.’ I hugged her and then the bum-rush continued,” Benkada recalls. “I got pushed and that’s when I got shot in the back of my knee.”

Benkada was one of ten people to be struck by the gunman who fired over 33 shots with his Glock 9mm handgun. Others were injured while trying to flee, and many suffered from smoke inhalation. The shooter quickly fled the scene and currently remains unidentified, but police have named Frank R. James as a person of interest.

When asked about the shooter who had been sitting next to him, and shown a picture of James’ face, Benkada regretfully was unable to confirm his identity. He revealed the man had been wearing a mask, and in the chaos, he was unable to get a good glimpse of his face.

The injured Benkada later admitted he was in ‘extreme pain’ and never wanted to ride a train again.

While many of us might be willing to take a bullet for a beloved family member, Benkada took one for a complete stranger who he felt compelled to help protect. Later he was able to see video footage of her safely making it off the train.

UPDATE: A suspect in the Brooklyn subway shooting has now been arrested.

Submit your story here, and subscribe to our best love stories here.