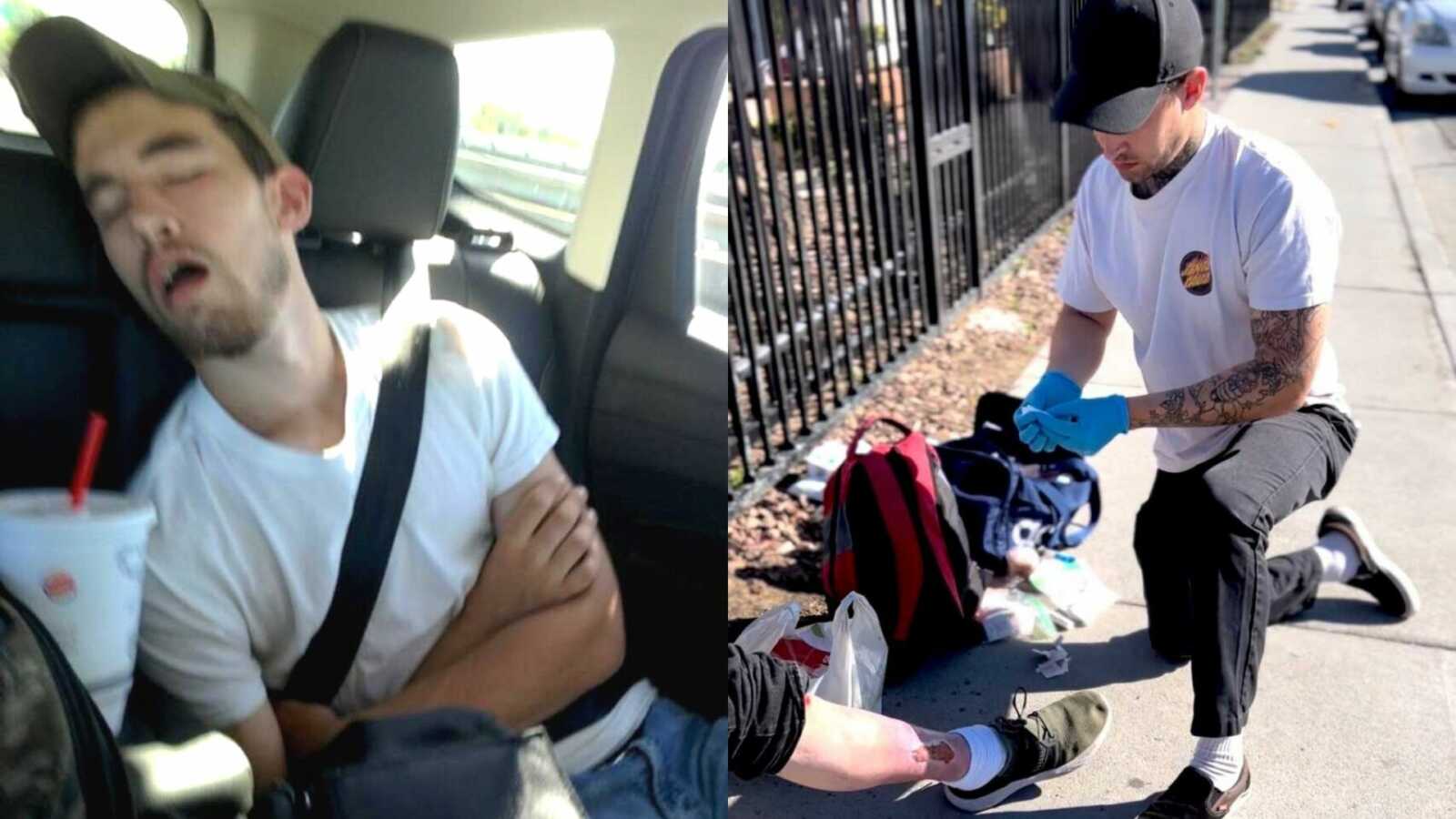 “My name is Nathan Smiddy, and I’m a recovering addict. I’ve been clean and sober for three years and five months. I started selling drugs during my senior year of high school. It started off with just selling marijuana, then cocaine, and finally oxycodone. I was probably selling the oxy’s for a couple of months before I tried them. Marijuana wasn’t a gateway drug in the sense that I needed something stronger, but it was because I was exposed to other drugs while distributing it.

The night I tried opioids was just like any other night. I was at the supplier’s house to re-up on the product. I hadn’t been my normal chipper self due to my girlfriend breaking up with me, and he had noticed. As I was getting ready to leave, he told me to come here and that I needed to ‘liven up.’ That’s slang in the South, meaning get in a better mood. He busted up an M block 30 (oxycodone) and split the pill with me. I remember being somewhat anxious because I knew the people I was selling them to were severely addicted. That feeling of anxiousness quickly diminished and thereafter I was encumbered by the most euphoric sensation I’ve ever felt in my life. I felt like I was wrapped in a heated weighted blanket. At that moment I knew, and I said to myself, ‘I need to feel like this every day for the rest of my life.’

That moment was the last moment of life as I knew it. I proceeded to endeavor into opioids every day. Shortly after I started to mix opioids, benzodiazepines, and cocaine. I loved doing them all at once. I was now a poly-substance user, and it was getting bad fast. I think it was three months into my drug use that I experienced being dope sick for the first time. I had to get my stepbrother to go get me a pill because I couldn’t get off the couch. For a moment, I would think, ‘I need to stop this.’ But then I would get a little sick and just keep repeating this vicious cycle. I had false hope in a pill bottle. My favorite saying during this time of my life was ‘got any?’ I can recall numerous times when I would be dope sick and acquire my dope, and before I even put the substance in my body I felt better. I wouldn’t be as dope sick, and I felt significantly better.

Eventually I began to withdraw from my family and my friends. I had to live a double life to do everything in my power to keep people from knowing I was addicted to these substances. I pushed all my family and friends away in no time at all. My family would be around, but our relationships had no substance. All I did was take and all they did was give. I was very angry on drugs, and I was unstable. After I overdosed the first time, my family took my wallet, keys, and phone and I proceeded to threaten to kill them after they had just been traumatized by my near-death experience. At this point in time, loving me was a liability and it remained that way for eight years.

I eventually got clean when I was 26. I had been through numerous relapses, overdoses, stints in treatment, sober living, and sleeping on a couch with dog urine and feces tracked on it… but that wasn’t enough for me. I had relapsed and I was having multiple panic attacks a day. I couldn’t leave my house and I just wanted to die. My friend, now mentor, asked me if I was okay and what was really going on. That’s when I got honest. This was probably the most honest I had been in a long time. I got on some medication to get stabilized and started going to self-help groups. If I had any advice for someone struggling, I would tell them to utilize safe use practices first and foremost. Such as don’t use alone, test your supply, go slow, and carry Narcan. If someone was new in recovery, I would tell them to get out of their own way. When I was new in recovery, I was always uncomfortable and later I found out that was the best place to be because I was learning and growing as an individual.

Life is a lot different today. I live a very full life. Sometimes I feel as if I don’t have enough time in the day. Today, people would pay to have my problems. I’m no longer imprisoned in my mind and body to a substance. I’m able to do as I please and endeavor into the things I love the most. I work with A New PATH where I provide education surrounding the opioid epidemic and I teach people how to recognize an opioid overdose and respond to it with Narcan. I also distribute Narcan all over the state of California and help others find resources.

I’m also collaborating with an organization called Humanity Showers, where we provide dignity to humanity one shower at a time. The most recent project we worked on was providing showers for Ukrainian refugees. At the time of writing, I’ve helped save over 200 individuals’ lives through the distribution of Narcan in the last 7 months. Humanity Showers is operating 7 days a week and providing a total 5,600 showers a month in San Diego County. I live a life of service. I finally found my calling and I love giving back to people and planting a seed of hope. In my free time I enjoy going to the gym and going snowboarding when it’s in season.”

This story was submitted to Love What Matters by Nathan Smiddy of Oceanside, CA. You can follow his journey on Instagram. You can also follow Humanity Showers and support A New Path. Submit your own story here and be sure to subscribe to our free email newsletter for our best stories, and YouTube for our best videos.

‘I began violently shaking. Through my locked jaw, I muttered, ‘I’m addicted to heroin.’ My family had no idea.’: Woman overcomes addiction, ‘I am so thankful for this new life’

‘I woke up in a hospital bed. There was a $100 bill on the bedside table with a note that said, ‘GO HOME.’ My miscarriage left me almost dead.’: Woman quits alcohol and drugs ‘cold turkey’ after addict husband’s death

‘I keep telling them to give up on you. I don’t know why they won’t listen.’ The officer grabbed my black and blue arms. I was a walking zombie.’: Former addict transforms her life, ‘I was never hopeless. I was never unworthy.’

‘I remember feeling venom shoot through me. I fell into a deep, incoherent state as my veins pulsated into my head.’: Woman celebrates 6 years of sobriety after heroin addiction