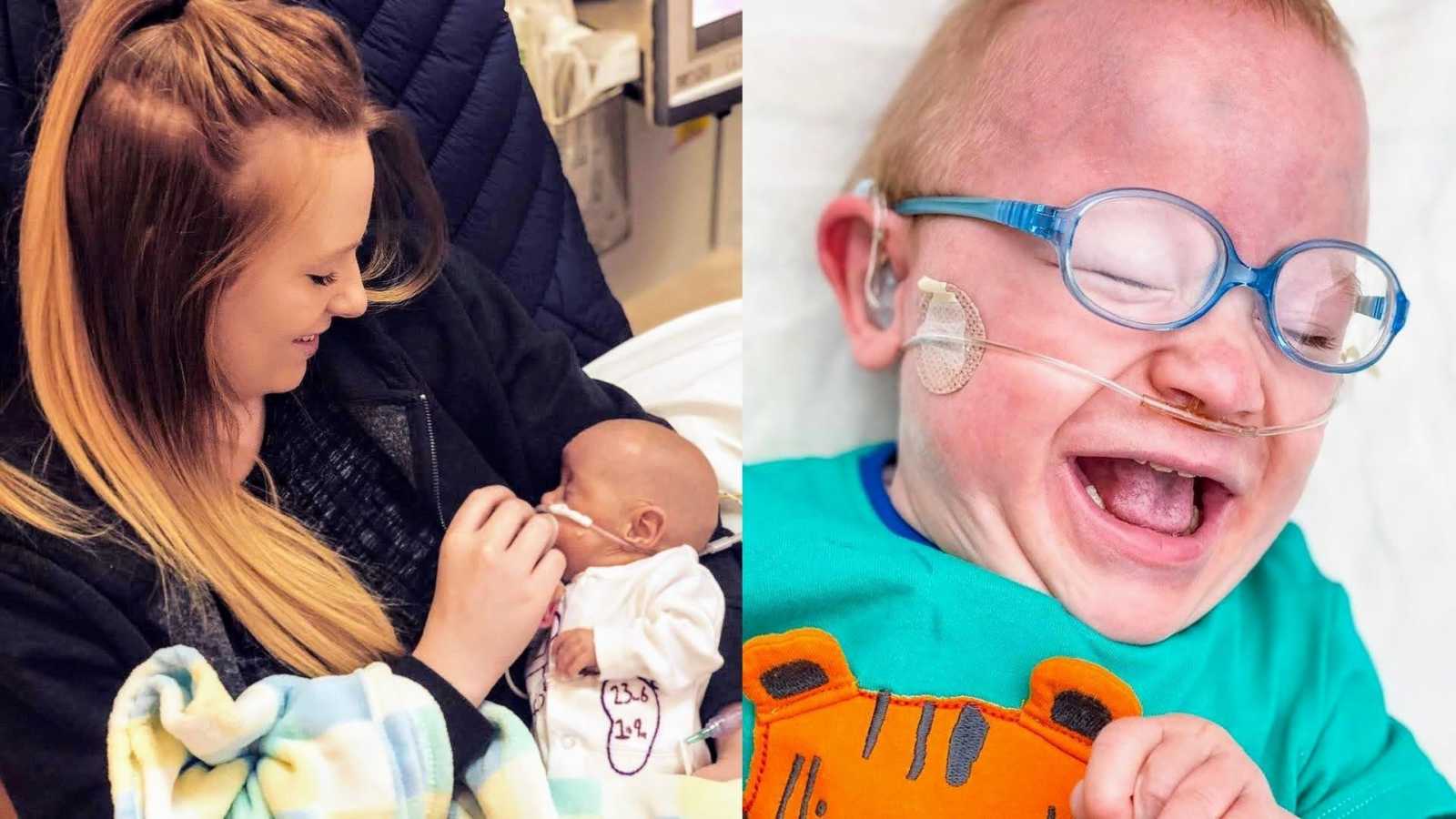 “I was 23 years old when I found out I was pregnant, and I was over the moon. All I had ever wanted was to be a mom! I couldn’t wait to start my perfect, little family of three. We bought our dream family home, and at 16 weeks, found out we would be expecting a beautiful baby boy!

At my 20-week scan, we found out my cervix was measuring short, and I would need weekly check-ups. Things were still calm and relaxed at this point. Although preterm labor had been mentioned, I was naive and thought that just meant staying in the hospital with your baby until their due date. After all, I was born four weeks early.

As each week passed, my cervix was getting shorter. My partner and I had our last child-free vacation booked, and I was told to cancel. It was at this point, I knew things were getting serious. At 22 weeks and 4 days, I went for my usual check-up and was told I needed emergency surgery. I was to have an emergency cerclage placed, to try to prevent preterm labor. I was taken into a room and told to expect the worst; the chances of a miscarriage were very high. I had to walk past all of the heavily pregnant ladies and sit in a room until they were ready for me to go in.

It was on the operating table, we named our baby George. He needed a name and an identity if anything were to happen. The procedure went well, and I was sent home to rest. I was told I needed strict bed rest, but after what I had read, I decided that was for the best.

At 23 weeks and 2 days pregnant, my partner had gone away to work, and I had been up all night with mild back pain. I called my mom, and she said we should go to the hospital. When we got there, I got checked over, and they were about to let me leave, until I told them I needed to go to the restroom. It was at this point, things started to get serious. I was in labor. The consultant told me to call my partner to come back to the hospital.

I was very aware, for my baby to be viable I needed to get to 24 weeks. I had been given all the medication I could have to stop my labor, and there weren’t any other options. I was visited frequently by the NICU doctors, who would have heavy discussions with me, telling me my baby wouldn’t make it.

At 23 weeks and 4 days, they removed my cerclage. I was devastated. My baby was so close to viability, but even then, it was apparent he had no rights. I was allowed no monitors to check on the baby during labor. George was breached, and I wasn’t allowed a c-section to save him, because it wouldn’t benefit me. I didn’t have a clue what was going to happen, and whether or not my baby was still alive. I was left in the dark.

At 23 weeks and 6 days, I pushed my baby into the world. I didn’t dare look at him, as I had no idea what to expect. My 25 oz. baby came out fighting! He was put into a small plastic bag and intubated at my side. I was told he was alive at 11 minutes old, and he was whisked away to the NICU.

I was thrown into a world I never new existed… the NICU world. Alarms, wires, and monitors. My baby lay there, his eyes still fused shut, his skin transparent. I didn’t dare touch him. Life was a blur.

On day six, George developed a condition called NEC, which is common in preterm infants, and he required emergency surgery. Although the surgery was extremely complex, it had been done multiple times before.  Unfortunately, things went wrong. While making the incision, George’s liver got damaged. They stitched him up as quick as possible, gave him lots and lots of blood transfusions, and sent him back for us to say our goodbyes.

I didn’t know what was happening. I told the consultant I must go and get my baby a birth certificate, while he was still alive. He fought so hard for this. She told me if I left the hospital, I would regret it, as he only had a couple of hours. We got George christened and were told what was going to happen next.

All of the plans were getting put into place from photographers to his final outfit. I told my family it was the end, and George was letting me know he’d had enough. To everyone’s shock, George survived. He fought through it, and just in the nick of time, he showed us he wasn’t going anywhere.

We thought we were over the worst, but unfortunately, that wasn’t the case. George went on to have another three bowel surgeries, eye surgery, and heart surgery. We were told on many more occasions George wasn’t going to make it, and each time he bounced back. We were also told George was blind and deaf. We spent 9 months in intensive care, 9 months not being alone for a single second as a family.

The day came and we were discharged. We saw people leave all the time, and we never thought it would be us! George is now two years old, and still very complex, but he continues to have that bounce-back attitude and fights with all of his might to achieve his goals. He is the most incredible, happy, little boy you will ever meet, and I am so proud to be his mom!”

This story was submitted to Love What Matters by Hannalee Bownes. You can follow their journey on Instagram, and support her family here. Submit your own story here and be sure to subscribe to our free email newsletter for our best stories, and YouTube for our best videos.

‘The sonographer said, ‘There’s a foot in your vagina.’ I didn’t hear my baby cry. ’Is she alive?’: Woman gives birth to micro-preemie, ‘My life plans didn’t include a NICU stay during a pandemic’ 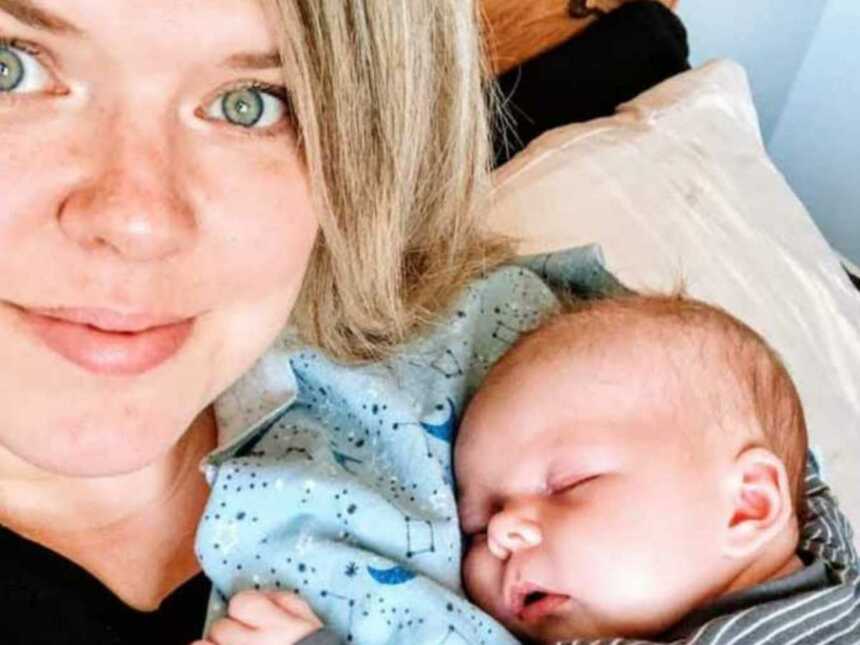 “I tell her I’m taking him to the bedroom, turning on my favorite show, and he is mine for the next hour or two.” 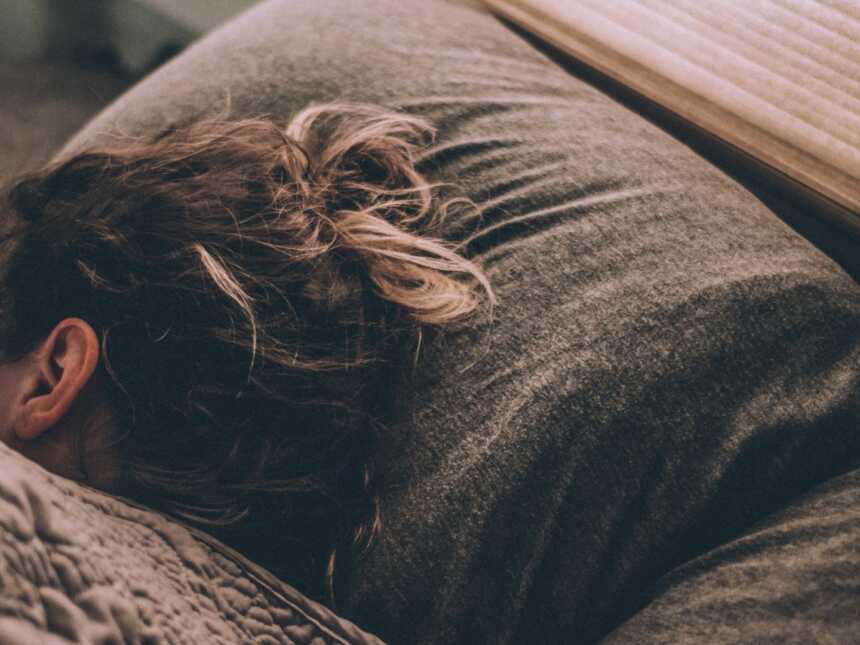 “You can be flawed and still be good at what you do. You can never finish your college degree and still achieve so much. You can still love yourself and not look like the image of perfection that only exists in your mind.”