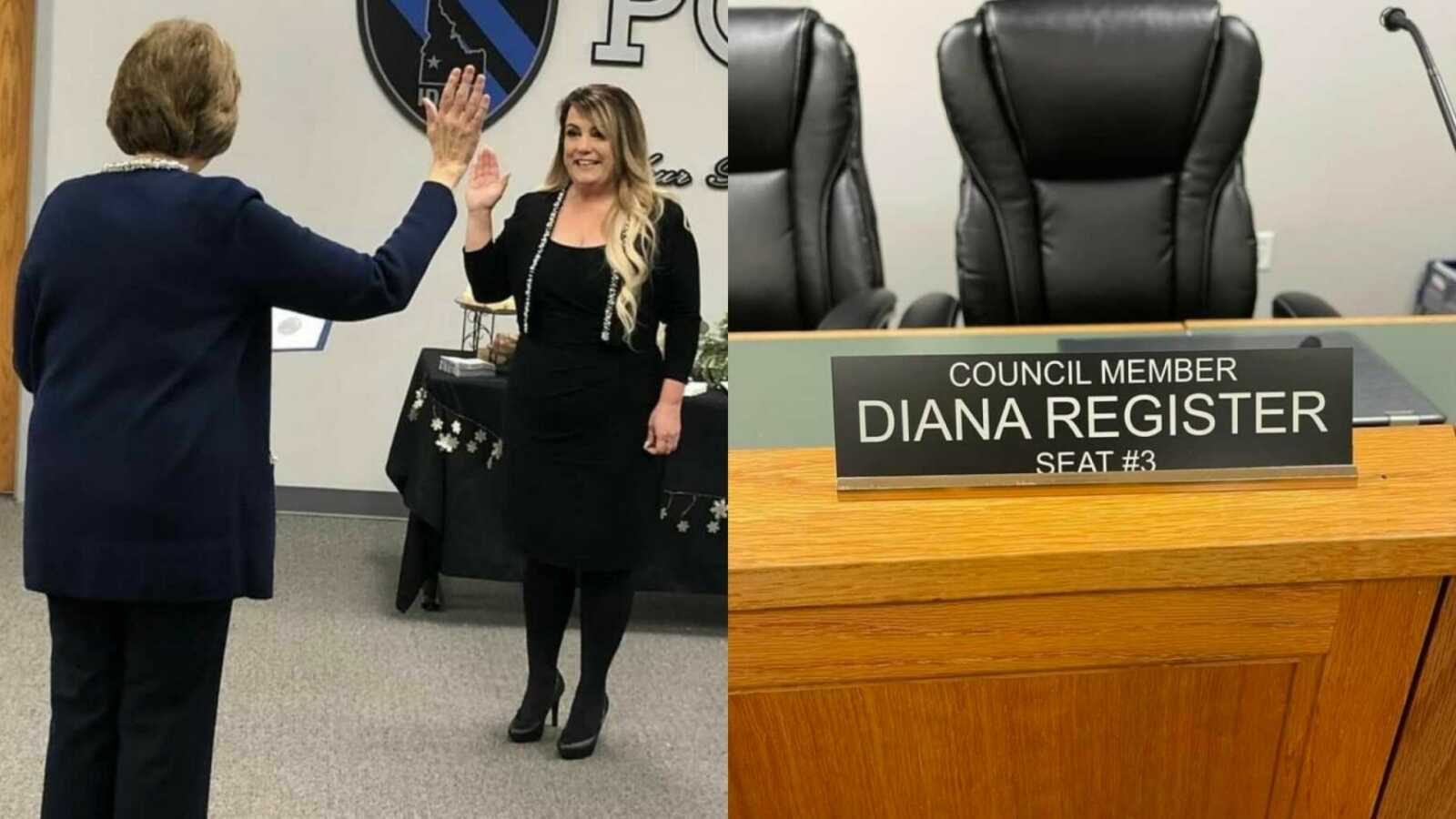 “I don’t know exactly when I started doing it. I was probably like eight or so, but at some point in my life, I began looking around me at whatever was going on and memorizing it. Sights. Sounds. Scents. Just looking and watching. I don’t remember the first time, but I clearly remember doing it on Christmas of 2014. I remember it so clearly because everything in my world was what I would call ‘perfect.’ The tree was perfect. The kids were perfect. The snow was perfect. The gifts were perfect. My husband was perfect. It was so perfect, it scared me.

I don’t know how to accurately explain what I was feeling, but for the first time in a really long time, I let myself sit back and take it all in, and pushed all of my normal anxiety and fear aside. I just watched and memorized it all. And then I told myself how lucky I was. I actually mouthed the words. I didn’t know what I had done to deserve it, but I had it all.

And then exactly five weeks and one day later, it all came crashing down. At first, I cursed myself for letting my guard down and convinced myself for a very long time that it was all my fault. That I somehow caused it by allowing myself to truly be happy, or maybe I was too arrogant thinking life had finally taken me to a place of pure joy. Maybe when I made my social media post about how happy I was on that day that the universe saw it fit to teach me a lesson reminding me not to get used to it.

I don’t know what it was but that feeling I had burned into my soul that Christmas slipped away in the very same fifteen seconds that it took the doctor to tell us that my husband had terminal cancer. They say that everything changes in a blink of an eye, but in my case, I just stared. I stared until my eyes burned. I stared until my eyelids became heavy and my face went numb. I just stared and watched and memorized, all the while wishing I could stop the most imperfect scene going on in front of me.

He fought his cancer. He tried to be ‘normal.’ He didn’t want to be sick. But he knew. I knew. We all knew. We gathered up as much hope as we could but in the end, that 3cm tumor on his pancreas would end up taking my strong, sweet man and it would leave me and my children alone. I write about it a lot – the before and after that takes up space in your life when you lose somebody. My life now consists of almost every sentence beginning with ‘before Chad got sick’ or ‘after Chad got sick,’ and sometimes I can even mutter the words ‘before and after he died.’

After Chad got sick, and just before he died, we moved. I didn’t know then exactly why, but he moved us a few cities over and we were staying temporarily in a house while our house sold. Within a few short weeks, he died. Before the house was sold, before all the medical bills were paid. Before anything. I realized later that he must have known his death was imminent because at the time, our daughter was a competitive gymnast and he moved us closer to where her gym was. He must have known that she was going to need her support group. He must have known he was going to die.

But even knowing that, he couldn’t fix everything before he left. And days after his funeral, we were met with another unfortunate circumstance and had to move from the house we were in. I found myself basically homeless with mounting debt, a young teenager, and consumed with grief. Don’t get me wrong, I had support. I had help. I had a job. I had great friends. But, it wasn’t the same. For fifteen years, in every crisis, he was the one leaning over and grabbing my hand whispering to me that it would be alright. And this time, he wasn’t there.

And life was not perfect anymore.

My daughter and I stayed with friends for a little while so I could figure things out, and I remember waking up one day and looking at the unfamiliar ceiling in the house. Memorizing it again, trying to ration out what had happened because everything was surreal. It had only been 18 months and a very slow blink since that Christmas when everything was right in our world. I wanted to lay in that bed and stare at the ceiling for the rest of my life, but I knew that was probably an impossibility, and at some point, I was going to have to put my life back together without him in it. I hated that idea so much. So much so that I stood in my own way for a very long time.

And then, one day, I convinced myself to get up, literally and figuratively. I made mental decisions. I was going to write a book about all of it. I was going to help people. I was going to create a charity for pancreatic cancer patients. I was going to figure out a way to help people who were hurting like we were. I had lofty goals and I went straight for them, but what I realized was that my grief recovery was like having a broken leg. I tried to run on it and couldn’t. The pain was too great.

So, I crawled instead. I pulled myself across the floor on my broken bones and praised myself if I could only make it halfway to the door. I gave myself permission to move forward, and grace when I fell back. Eventually, I stood up and those bones cracked, and I screamed but I took two steps anyway. And then four. And I kept doing it until I was walking somewhat normally again. Of course, those bones never healed right. And sometimes, they still hurt like they did the first day. But, even if I am walking with a limp, I am still walking.

I wrote the book. Two of them actually. I created the charity. I did my best to help people.

So, we moved back home to the city we lived in before Chad died. And it happened again. I watched everything. Looked around. But this time, instead of memorizing it all, the memories came flooding back. The before memories. And as broken as it was, my heart was somehow suddenly full.

I won the election, by the way. I still wonder sometimes how that happened. How, in the midst of all the chaos, crisis, pain, hurt, and grief, how – I managed to go from a ‘perfect life’ to a ‘sad life’ to a ‘not exactly perfect, but not exactly sad life.’ It’s just a ‘grief life’ is what it is, and that does not always have to be full of sadness and fear. Sometimes, our grief opens us up to amazing opportunities and lessons or things we would have never done before. ‘Grief Gifts’ are a real thing, if you look for them. I don’t care as much what people think anymore. I am slightly more willing to take chances. I don’t want to live in regret, and I don’t want you to, either.

And, please don’t ever forget that there is some random girl in Idaho proud of you for just doing your best today, healing one broken bone at a time.” 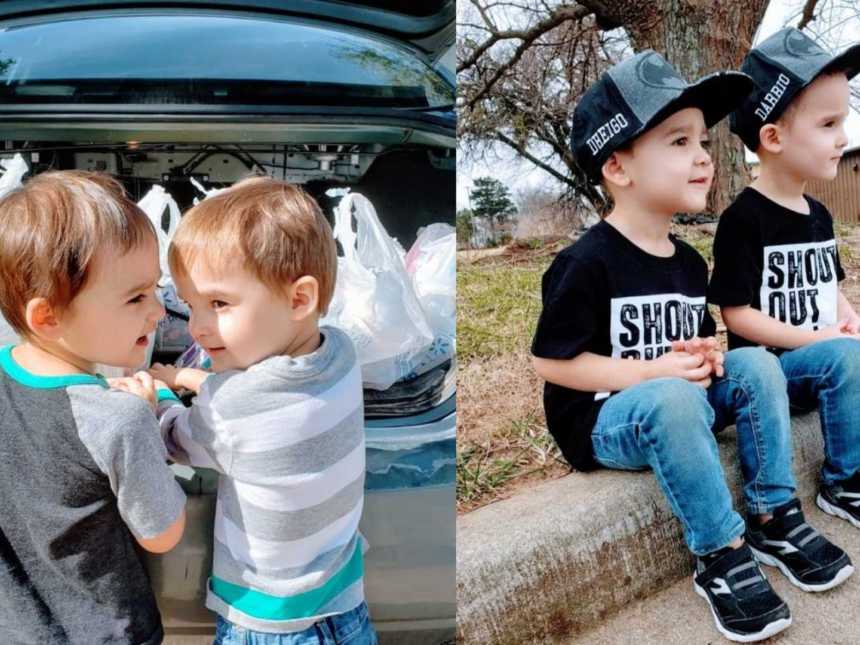 ‘May I hug your boys?’ An older woman approached me in the cereal aisle. ‘You don’t know what I’d give to hear my grandson laugh one last time.’: Twin mom touched by Walmart chance encounter

“She said, ‘I know you probably hate this and I’m sorry to take up so much of your time. You see, I lost my only grandchild last year, and about the only time I see kids his age is when I do my grocery shopping.’ I couldn’t find any words. I stood in silence, grieving for her.”