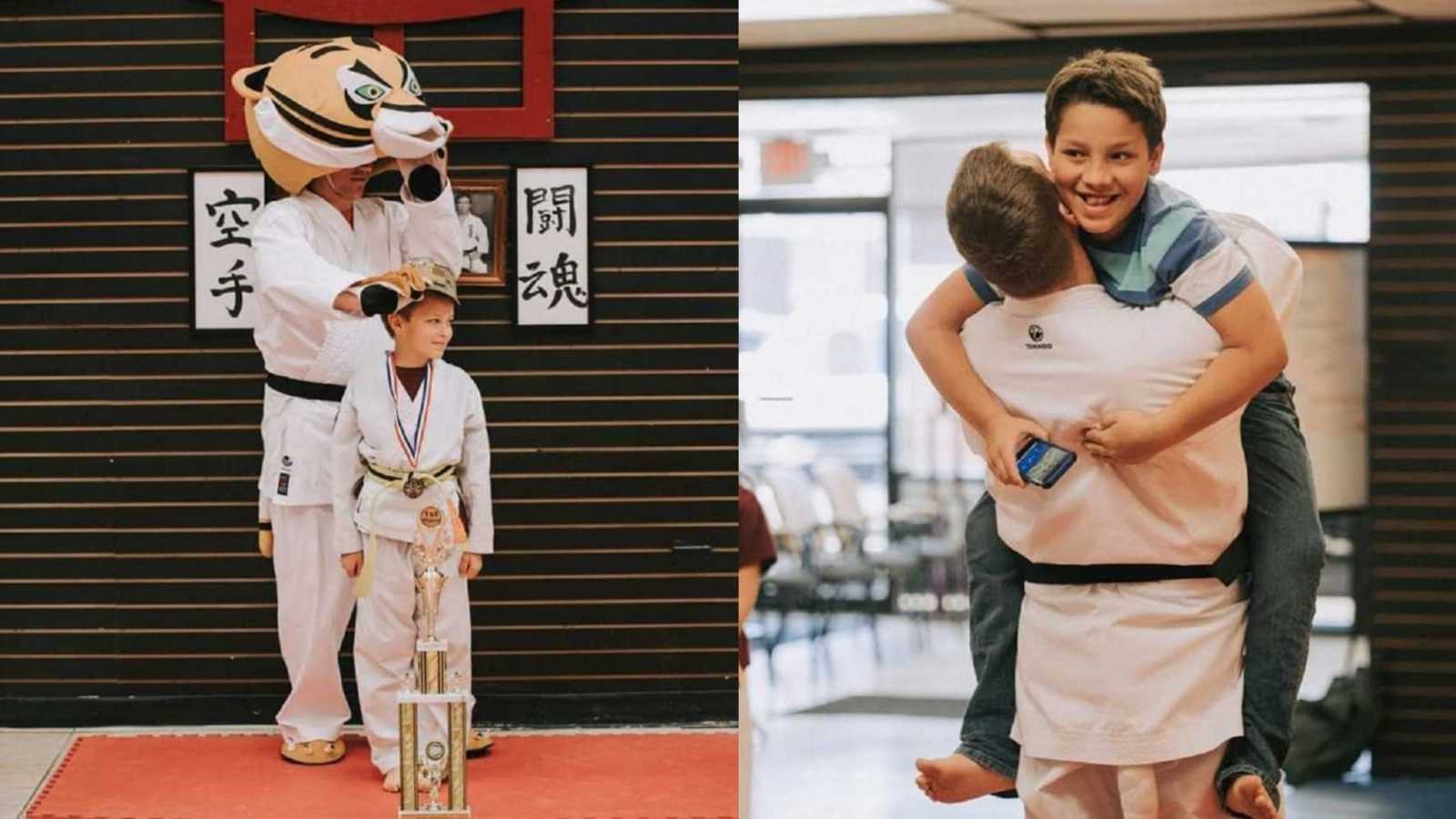 “Military life is not for the faint of heart. We spend a lot of our time separated. We have learned how to connect and what to do to keep our family thriving through our nearly 15 years together.

Most people think about deployments when they think of the military. The BIG goodbye’s on television and in the movies where whole units get on the planes and leave their families to go to a secret desert location. But there are other departures, so much time spent away from home, that are not caught on camera or filmed for movies. Moments of standing in the airport or waiting in the car. Tears, hugs, and, ‘See you soon.’

There is training, temporary duty orders, and short tours overseas. The other tours and assignments are in addition to being ready to deploy for any mission we are assigned. It can last for weeks, months, or years. Yes, you read that correctly, years!

Our latest ‘goodbye’ was one such assignment. This time my husband was going on his short tour for a year. I was surprised by my reaction. The news caught in my throat. But I smiled at him and told him, ‘We’ve got this!’ because that’s what he needed to hear. I called my mother-in-law and cried. I called my best friend and cried.

But then I was angry at my tears; I am a Veteran and military brat! I was never that upset about his other deployments or assignments. He has been everywhere. His stateside orders have been numerous and lengthy. He has been to 9 states, from Florida to Utah. His overseas tours were for various reasons, but he has gone just as long, sometimes longer. Qatar, UAE, Germany, Spain, Italy, and Japan. This one-year tour wouldn’t be any different.

So why didn’t it feel the same?

Because, in truth, it wasn’t the same; our boys were young men now. They weren’t babies or toddlers that didn’t understand what was going on. I satisfied them when they were younger with treats, cute countdowns, and talking to their Dad through Skype. But these were not our littles anymore, and we were not dealing with little emotions.

Our oldest is Autistic and goodbyes are so difficult for him. It’s another transition and unknown. Anxiety is usually very high for him in these situations, and unfortunately, it translates into poor coping mechanisms. Anger, tears, destroying our property, and hurting himself are ways he handled change and the unknown. Our youngest child is far beyond his years. He always faces everything with a clear and pragmatic view of the world. He was upset his Dad was leaving but understood and accepted it. These were two very different children than when he said his last ‘goodbye.’

And so I was scared. Honestly, I didn’t think I would have the strength this time. I was worried about our oldest son’s reaction and when the fallout would come. But I have a great support system here, and they showed up and reassured me we’d be in this together.

The time felt like it flew leading up to the day we needed to drive him to the airport came. So many thoughts swirled through my head as we drove the 48 minutes to the airport. We weren’t going to have him home for a year. He would be 7,000 miles away in South Korea, living his life while we were here in North Carolina, trying to do the same. It was hard to breathe. Thankfully, the airport allows military families to go gate side. Our oldest child nervously paced, our youngest talked and talked. None of us wanted to be done. He hugged all of us tightly, made all the promises you make, and then with one final kiss, he was gone.

There were tears and quietness on the drive home from the airport with one fewer passenger. I was numb. But my best friend scooped me up and kept our kids and me at her house. Most of the time, while my husband was gone, I spent it in her home’s comfort on her couch. She made me copious amounts of coffee, made us meals, and covered our kids with love and security.

The months passed slowly at first. My husband and I worked hard to make sure we stayed connected. We each had an additional clock set in the other’s time zone, so we always knew what time it was. We set alarms for Facetime meetups twice a day to make sure we were communicating. But we were not getting mad at each other or expecting them to be available 24/7. There has to be balance. Constant communication is not the reality of the world we live in. Not in the military.

After the first three months had passed, we decided we all needed him to come home for a visit. Military members, depending on the location, are authorized to take what is called a mid-tour. As long as they have the leave and the funds, they can go home for a visit. We hadn’t planned on him taking a mid-tour initially for a variety of reasons. He has thrown around the idea of me coming to visit him in Korea, but who would watch the kids? He also wanted to be able to take an extended leave when he came home after his year tour for us to vacation and reconnect as a family. If he came home for mid-tour, how much leave would he want to take? What about the cost? And finally, we just weren’t sure how our oldest would handle when he had to repeat the word ‘goodbye.’ But we both needed the visit. So, we started planning for him to come home.

We knew from the very beginning that we wanted his visit to be a surprise for the boys! They deserved a big moment like this! I reached out to our karate dojo, owned and operated by Veterans. They loved the idea of using the dojo to surprise our boys and couldn’t wait to help in any way they could. I managed to get a phenomenal photographer, another military spouse, and she was on board to make this memorable.

With the details set, we just had to wait.

He arrived on a redeye flight the evening before the surprise. He was home; I felt like I could breathe again, even if only for a few weeks. I cried and had the biggest smile on my face when I saw him coming down the arrival walkway. We were both so excited for the following day. We debated just driving home and surprising the boys that night. My husband missed his sons, his dog, and his bed. In that order!

The morning came quickly, and I had butterflies in my stomach. Everything was set! My friends coordinated getting our boys to the dojo while I snuck my husband into the office. He slipped into the dojo’s Tiger mascot costume. The premise for the ‘photoshoot’ was that all the kids would get pictures from a recent tournament they participated in. None of the kids even questioned it.

The photographer had the Tiger, my husband, and our youngest son pose for photos. She then had me join them, and my husband put his military hat onto his head. Our youngest took the hat off his head, looked at it, had a moment of recognition, and then quickly locked eyes with his Dad; bear hugs, tears, and smiles ensued. Our oldest son, 5’4 and 110lbs, jumped into his arms, with the biggest smile on his face. We were whole again.

Tears, so many beautiful tears.

The next three weeks passed in the blink of an eye. It wasn’t long enough. I had spent the first seven months living a life apart from him, and I wanted him back. Not for three weeks, forever. But that isn’t the life we signed up for when he and I raised our hands and took the oath:

We came into military life with eyes wide open. Our lives would almost always be military first. This is tough to cope with for new military dependents and even our extended families. It is different for me, though. I have only ever known military life. First as a child dependent, then as an Active Duty Airman, and now as a veteran and military spouse. I understand and have lived the phrases, ‘Mission First’ and ‘Needs of the military.’ So as much as military life can be overwhelming, we know we need to be flexible and adjust to whatever the military hands us.

We make an effort every day in big and small ways. We are grateful for each other and always find ways to stop moving and say, ‘I love you.’ Because you never know what’s coming and there will always be another Tour,
Deployment,
TDY,
Exercise,
12hr shift or more,
And Training.

But we aren’t going anywhere. Our family and the life we’ve created will always be here when he walks through that front door from the latest, ‘See you soon.’”

This story was submitted to Love What Matters by Diana Frances Loader of A Special Life by the Spoonful. You can follow their journey on Instagram and Twitter.   Be sure to subscribe to our free email newsletter for our best stories, and YouTube for our best videos.

‘How much more can we handle?’ Being a military spouse was the toughest part of my life…or so I thought.’: Military spouse learns to ’embrace the suck’ after daughter diagnosed with rare cancer

‘Before quarantine, people said, ‘I don’t know how military families do it.’ Well…now most of the world knows how it’s done.’: Military spouses share words of wisdom for quarantined families 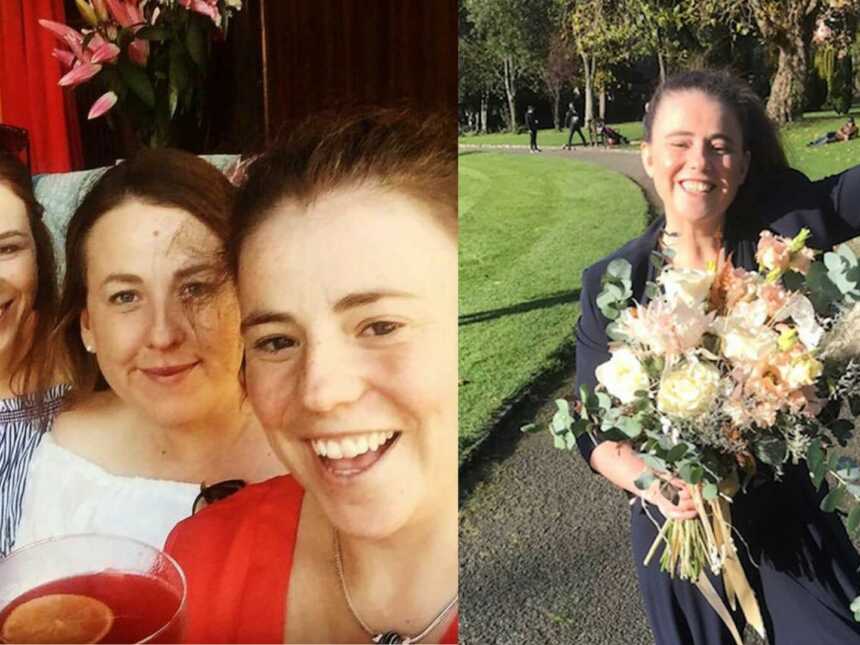 ‘I’ve had doctors Google in front of me and advise me while they read Wikipedia. It’s soul destroying.’: Woman shares rare disease diagnosis, advocates for increased awareness

“I take 46 tablets a day and I’m on a continuous infusion of a parathyroid hormone. This is my current reality. I hope it’s not my forever reality, but the truth is no one knows.” 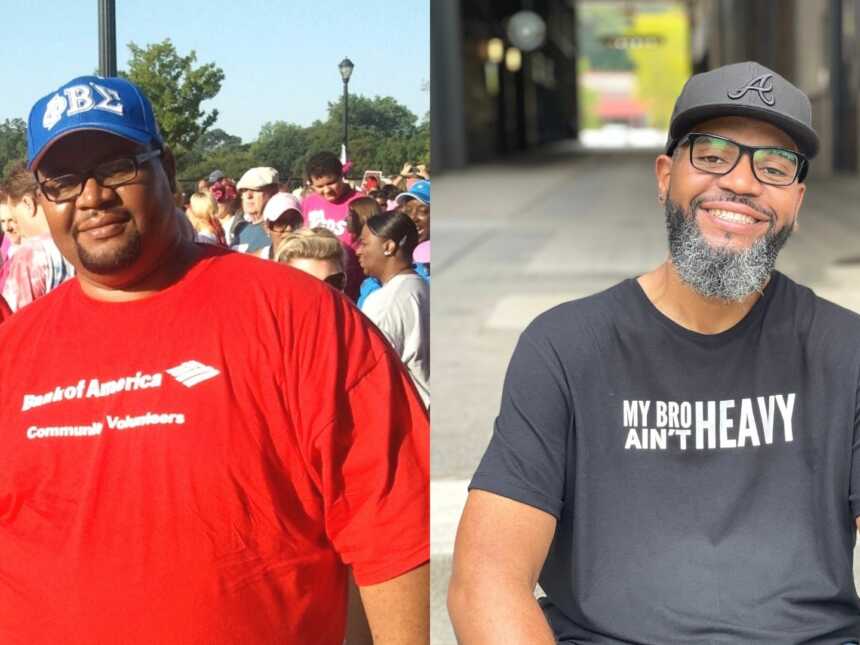