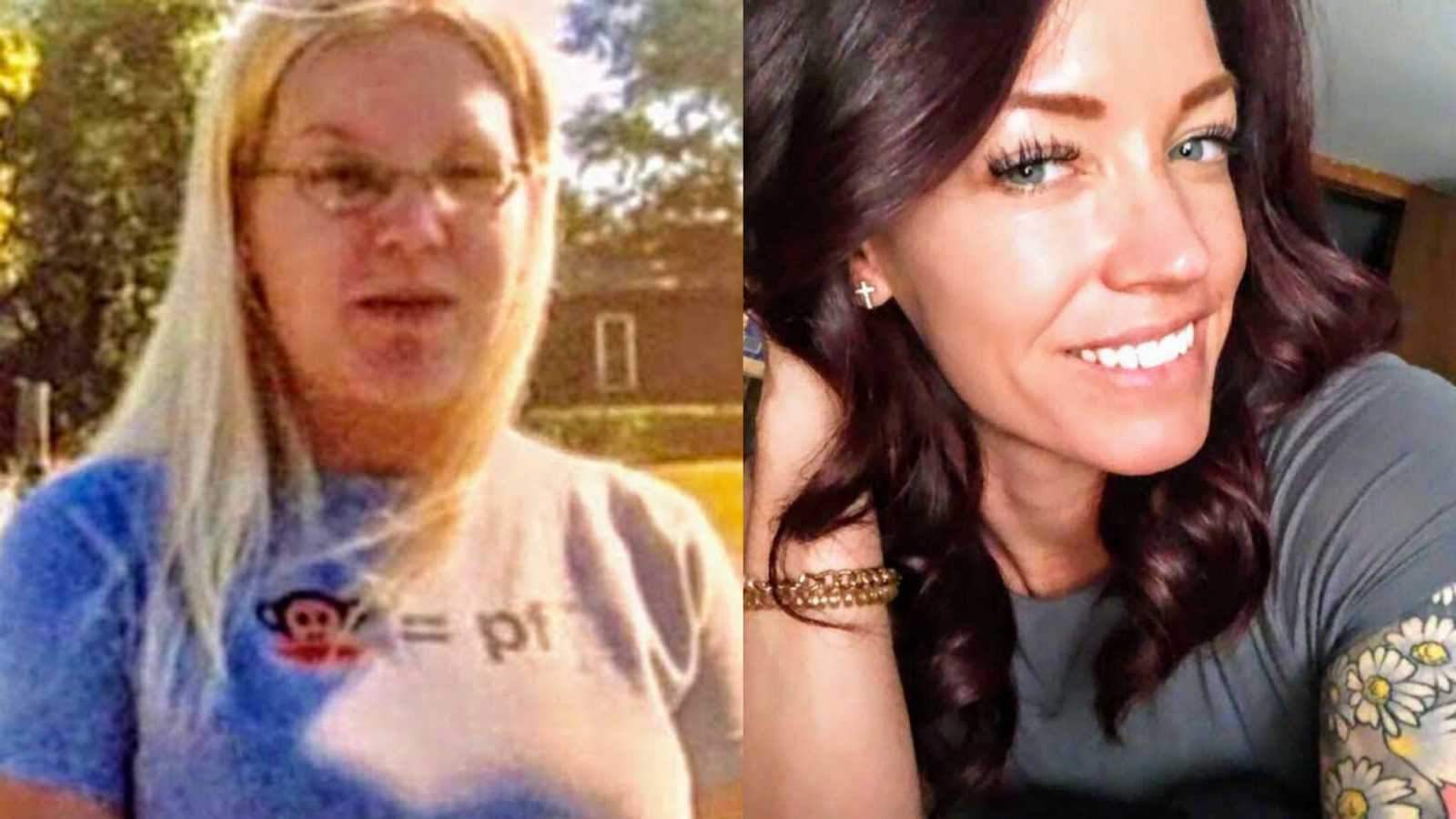 Be raw, be inspirational.

You are going to help so many people.

I have told a few select people some of the most personal things I’ve endured in my life. They always tell me, ‘You should write a book.’ I’ve started and stopped so many times because the timeline is blurry and it’s too raw. My excuse is that my mom might read this, and I don’t want her to relive it.

My story of abuse starts with hers. Typical. She was brutally abused in front of my siblings and I until my father lost his battle with alcoholism and ended his own life when I was fourteen. This is where you gasp and say, ‘I’m so sorry!’ And I say, ‘Don’t be! This is the end of a life full of abuse.’ Or so I thought.

So where do I start? Which part do you want to hear? Do I start with some of the stuff from my childhood? Let’s just say I saw things at age five that would destroy even the adult mind.

I’ll start at one of the many times my father came home drunk. That’s where it gets hard because I can’t remember if this particular time he was holding a gun to my mom’s head or a knife to her throat. Both happened numerous times. I was five years old, laying on the floor with covers pulled tight over my head, so frightened. Would this be it for my mom? Then I remembered what my Bible school teacher said to do next time this happened: call out for God. So that’s what I did. My dad pulled away from her and turned to me, got right up to my face and said, ‘He can’t save you,’ in the evilest voice.

I was so confused. How could this man who forced us to go to church and Bible study say that? I was also confused as to why God didn’t save us. (I realize now that He did. No one died that night.)

My story starts with being abused as a child and later being abused by my own spouse. Let’s get one thing straight though: I was beaten down and had low confidence, but I was not weak! Do not think for one second that abusers won’t choose you because you’re strong. They love to overpower strong women.

Fast forward to meeting him. He was absolutely charming and handsome. He was relentless in asking me out and was not going to take no as an answer. In the beginning, he put me on a pedestal. I was the most beautiful woman in the world. I could do no wrong, and I was way better than all his exes, who were all crazy, every single one. I fell for it! I was lucky to have him because he was my knight in shining armor. Right?

I’ll start by saying he was one of the first people I shared some of my childhood traumas with. He was going to protect me and make it all better, but soon he became my next lifetime nightmare.

I could tell you how he cheated on me when I was eight months pregnant and gave me an STD. But that was my fault. He’d never cheat. I was just some pregnant wh*re. The baby probably wasn’t even his, even though I definitely hadn’t slept with anyone else. The next time he cheated, it was with my best friend, who admitted it to me out of guilt. When I brought it to his attention, he began to choke me. We fell to the ground. I held my breath and became lifeless in hopes he would leave me alone. He started to shake me, thinking I was dead, and when he realized I wasn’t dead, he started to kick me.

Names…there were so many names he called me. The one that he called me the most was ‘worthless.’ That was also the one that hurt the most because I already felt worthless before him. All I ever did was try to please him. Nothing worked.

He would spit in my face, dump drinks over my head, punch me in the face–but usually where it didn’t leave a mark. Then he would tell me it was my fault or that it had never even happened. ‘You’re crazy! You’re making it up!’ So now I was the crazy one.

I have so many terrible stories, but I’ll end with the one where he busted my face open with a cookie sheet in front of all the boys. Then he walked down the stairs, laughing, and proceeded to mow the yard while I stood there with blood gushing from my mouth. That got him charged with domestic violence in the presence of a minor. The boys were fed up and called the police. Listening to my four-year-old tell the cop what daddy did to mommy was hard. The same cop told me he hoped he didn’t carry me out in a bodybag one day.

After that day, I gave him a year to get help and seek counseling. I loved him. I wanted our family to be happy. I wasn’t ready to give up. But a year came and passed and I was nearing the end of my education to become a personal trainer. He hated that. He would repeatedly tell me that I’d never be a trainer and that my dreams of being a competitive weightlifter and weightlifting coach were crazy. I’d never be good enough.

He came in one day and told me he was helping a friend do some construction work on a diner that was being opened in a town nearby. He had purchased a commercial deep freezer and oven and was going to drop it off. I was a little confused about the whole thing but went on with what I was doing. An hour later my friend texted and said, ‘Did you know (insert girl’s name) was opening a diner?’ It all made sense now! He had been having an affair and they were opening a cafe together! I knew I needed to file for divorce, but how? Every bit of money I made went to bills. He helped only after he knew all my money was depleted.

After laying in bed crying for what seemed like forever, praying for an answer, it hit me: ‘You own a house! Go to the bank tell the banker your story! Use your house as collateral for a loan for the retainer fee!’ I didn’t really think it would work, but I wiped my face and went to the bank. After telling the banker my story, she gave me a loan! Wow, thank you, Lord!

My life is amazing now: my kids are on the road to healing and I have my amazing God-given man (he’s a handsome fireman). He’s out there, ladies. You just have to be patient, still, and really listen to God and let Him guide you! I have competed competitively, went to nationals, and even qualified for worlds in Olympic weightlifting. I now have many amazing athletes and clients I get to teach my passion to. I did it! Insert dramatic heartfelt music!

You can get out and deserve a better life. But I’m going to tell you what others failed to tell in their stories that inspired me: it’s a long rough road even when you get out! They say that divorce is like a death and it is. Even after the divorce is finalized, it is not finished, especially if you have children and if he is controlling. He will use them to control you! You’ll feel even more lost. If you have kids, you will see them fall apart and not know what to do. Have a game plan ready for them. Don’t make the mistakes I did. They need counseling, and there are organizations that will help with that.

My ex is the most controlling person I’ve ever met in my life. He stops at nothing to continue to try and ruin me and doesn’t care if he hurts my kids along the way. My story isn’t over. I am still fighting to break this cycle. I won’t ever stop fighting!

You are stronger than you think you are and you WILL make it!

I’m going to end this with another thing people say when I tell them my stories: ‘I had no idea.’ Even the people that knew my family and were super close to us had no idea. That’s scary. Think of all the little five-year-old girls keeping secrets and acting like nothing is wrong because to them, this life is normal. It’s all they know. Don’t let this be your child.”

This story was submitted to Love What Matters by Tammy Marshall of Oklahoma. You can follow her journey on Instagram. Do you have a similar experience? We’d like to hear your important journey. Submit your own story here. Be sure to subscribe to our free email newsletter for our best stories, and YouTube for our best videos.

‘One drink, I had one drink. After that, I remember nothing. My virginity was taken before I was ready.’: Woman’s powerful story overcoming boyfriend’s sexual assault