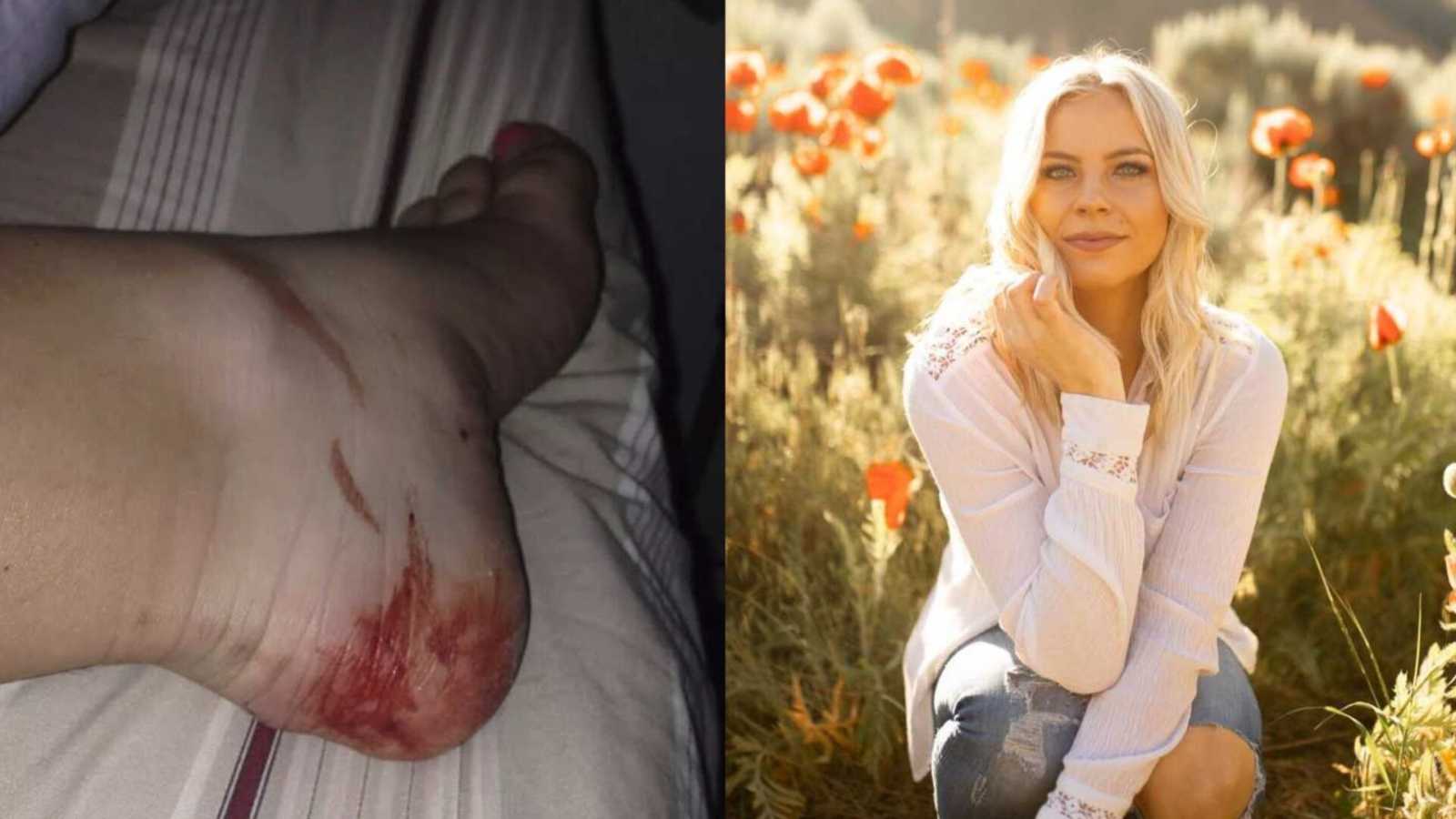 “One drink, I had one drink and after that, I remember nothing. Unfortunately, this is a similar situation a lot of young college girls are put in. It might happen at a frat house, a bar or even a nightclub…but typically it doesn’t happen at your boyfriend’s house. But if you knew what my boyfriend had done to me, prior to him sexually assaulting me, sadly, you wouldn’t be surprised.

I met my boyfriend on New Year’s Eve when I was 17 years old. We had an instant connection and he seemed so kind and very genuine. I had friends who knew him and swore he had a good reputation. My friends told me he came from a great family. He was a sophomore in college and I was a senior in high school,  so we started dating and did the whole long-distance thing.

Everything started out great. He treated me better than I could ever imagine. He would regularly send me huge flower arrangements ‘just because.’ But after about six months of dating, I started to see some major red flags. At first, it was very subtle. His brief stints of jealousy progressed quickly. I wasn’t allowed to have any friends who were male and if I stood up for a male friend, my boyfriend’s response was always, ‘You haven’t been in a serious relationship before so you don’t know how to be a good girlfriend.’

Before I knew it, I was a freshman in college and was going to be attending the same college as him. That’s when the relationship got even worse. The jealousy, possessiveness, and manipulation were unimaginable. I kid you not, if any guy looked my direction, my boyfriend wanted to fight him. He checked my phone regularly and even try to find messages between me and other guys that took place before I had even met him.

He began pressuring me to get physical with him all the time. Coming from a religious background, I believed that no physical act, except kissing, should happen before marriage. Before I met my boyfriend I had only kissed four boys, so my innocence was very much intact going into the relationship. After months of non-stop pressure, I gave in to getting physical with him, because he told me, ‘That’s what good girlfriends do.’ Despite getting intimate in our relationship, we were not having sex. Once I caved, every week he pressured me to have sex with him. My virginity was something I for sure wanted to save for marriage, so I was always firm and said ‘no.’

Since the relationship had become intimate, my boyfriend then began pressuring me into drinking alcohol since it ‘wasn’t as bad as doing physical things.’ I had never had a drop of alcohol in my life, and like sex, drinking alcohol is also against my religion.

As time passed, the relationship got worse and now that we added alcohol into the mix, things took a drastic turn. The manipulation got psychological and abuse got physical. There were many nights where I started dialing 911 because I was scared he was going to kill me. He would push, shove and occasionally choke me. He treated me like a lifeless object, and that’s exactly how I felt after he took my virginity.

I was sitting on his bed going through my phone when he handed me a red solo cup filled to the top with some sort of beverage. I asked him what was in it and he said it was some sort of vodka soda. So ‘trusting’ him and not wanting to upset him, I began to drink it. Whatever was in my drink hit me fast and hard. I don’t remember finishing it. I’d like to add that at this point in time, I wasn’t a ‘light-weight.’ My tolerance to alcohol was so high it took a lot more than just a single drink for me to feel even just ‘buzzed.’ I only have one memory after I had that drink. A memory forever etched in my brain, something I will sadly never forget…

I was naked and he was on top of me. I remember saying, ‘No, I don’t want to,’ over and over again. I was so out of it that getting words out of my mouth felt nearly impossible, it was like trying to scream during a bad dream but all you can do is a whisper. I must’ve passed out or fell asleep. Either way, that’s all I remember after this one drink.

The next day I woke up and we went to get breakfast. While we were driving he says, ‘I can’t believe that happened last night,’ to which I responded, ‘What happened?’ He said, ‘You don’t remember? We had sex.’ I said, ‘What are you talking about?’ I had hoped what I remembered was part of a dream or maybe it wasn’t what I had thought, but there I was, in the car with someone who just confirmed they had sex with me – without my consent. When I told him I didn’t remember agreeing to have sex with him, he got mad because I didn’t remember our ‘first time.’

At this point in time, I  felt so lost and confused. Once more, I was a horrible girlfriend because I didn’t remember our ‘first time.’ Now we were supposed to have sex again because we already did it once, this is all according to him. I was so afraid and against it, I didn’t want to do it. So he poured me three shots of alcohol and told me to take them so I could ‘loosen up’ and then we could try it again to see if it ‘sparked any memories’ from the night before. I was shaking and I knew I didn’t want to, but I was so scared of him and so manipulated that I started to believe I was the bad girlfriend for not remembering the night before. So I gave in and drank the three shots. I was crying, and through the tears, I told him I loved him. I didn’t love him but I tried to tell myself that I did so that all of this would be ‘okay.’

My virginity was taken from me before I was ready. I had one drink and one blurry memory of him on top of me as I said ‘no.’ That’s all I can remember. I was always too scared to share that I had been raped, even during the #metoo movement… because that would make me one of ‘them,’ another victim. I refused to believe I was raped. When it all happened I didn’t even know I had been raped. I had no idea you could be raped by a boyfriend, someone who is supposed to love you.

I finally got the courage to break up with my boyfriend a couple of months later when I knew he could no longer harm me. Despite being free from him, my abuse and rape have forever affected me.

By telling my story I am hoping I can help someone in my shoes, give hope to someone who’s going through it now or even comfort someone like me, who made it out and is still healing.

In February 2018 I began going to therapy to learn how to cope with all of the abuse and traumatic things that happened to me. Even five years later I am triggered by the horrors of my past relationship. I still have flashbacks and scary dreams about him that don’t go away. I learned how to cope with the anger I have towards myself. Mad for not getting it out sooner. I have blamed myself for being so naive, but since going to therapy I have felt so much better.

When we choose to dwell on the past and let things bring us down, they have control over us. We let them win. But I will not let my ex-boyfriend win. He has no control over me or my life anymore. I refuse to ever let him bring me down, I am not his victim. I am STRONG. I am a survivor.”

This story was submitted by Mayci Neeley of Utah. You can follow her on Instagram here. A version of this story can be viewed on her blog, here. Submit your story here, and subscribe to our best love stories here.

‘He slipped something in my drink. He had a razor blade. He ‘accidentally’ sliced my thigh. I took photos of the blood dripping down my leg. When I woke up, the photos were deleted.’ 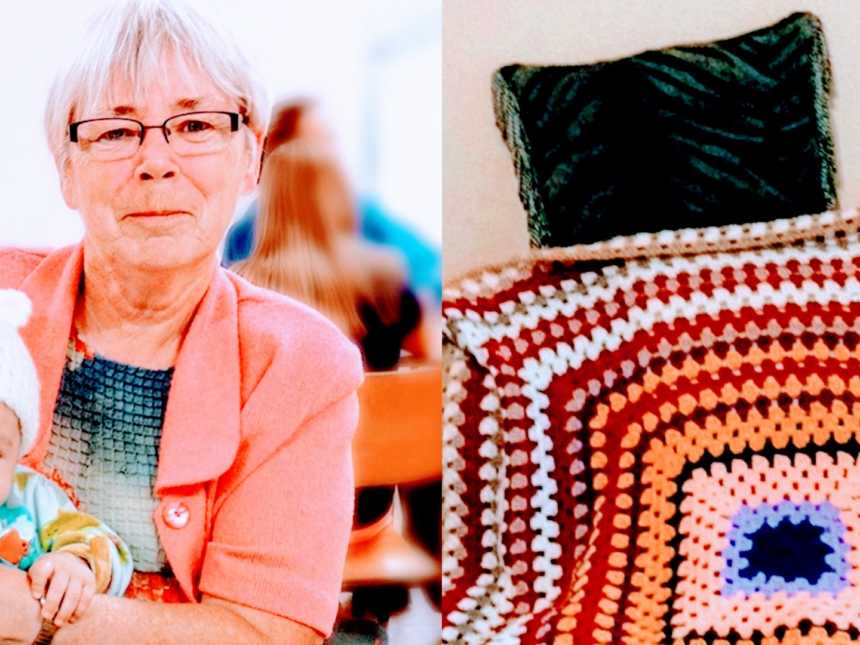