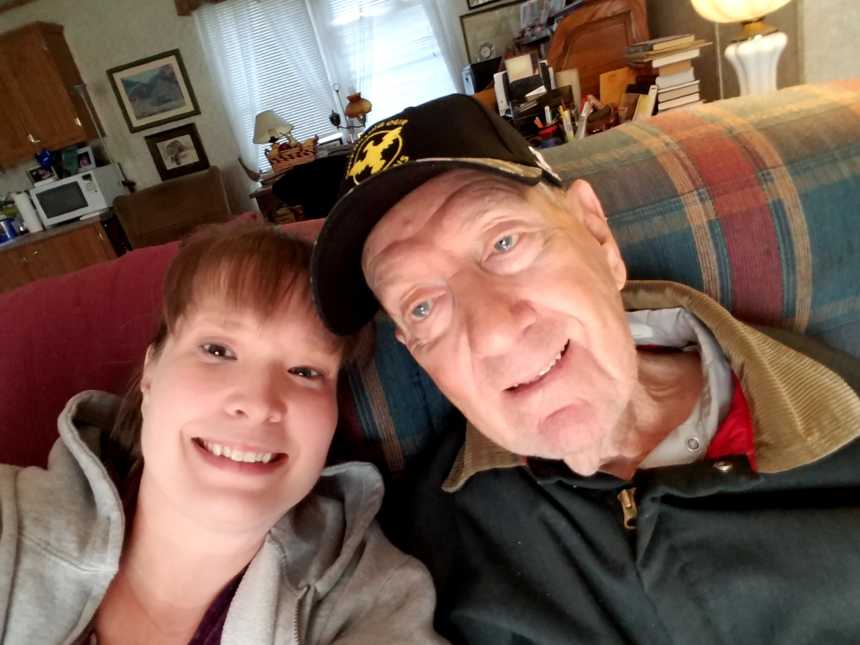 “My grandfather served in World War II from 1944-1947 in the US Navy, Pacific Theatre. His ship landed on Pearl Harbor the day after the Japanese surrendered. He always said they surrendered because they knew he was coming.

He was a machinist by trade, but could fix anything he put his mind to. He was in the machine business with other partners, but later owned his own business. He had a farm with cattle, along with the machine shop. There was always something that needed to be done. He worked in coveralls and would come in from work and change in the garage out of his dirty clothes and wash his hands with lava soap before he came into the house. His nickname given to him by his father was Spic ‘N Span. He was the neatest machinist. Everything was lined up just so and if he got dirty, he didn’t want it spread about the house.

One of his favorite expressions to me was always, ‘I don’t see why not!’ If I questioned him doing something I thought he shouldn’t have, he would say, ‘Well, I don’t see why not.’ There was no point in arguing anymore. Once that line was said, you were not going to sway him to see it your way. It was his way or the highway. To say he was ornery, was putting it mildly. I always joked if you looked in the dictionary under ornery, it would have his picture.

He was diagnosed with cancer last fall. He said he didn’t want surgery. He wanted to go home. He wasn’t going to lie in bed all day. I cried at the hospital when I found out. He said, ‘Don’t cry for me. I’m happy. I’m not going to lie in a bed with stuff hooked up to me.’

When he was first diagnosed my mother stayed with him, but that didn’t last long because he didn’t want his daughter telling him what to do. He told her to go home. He could take care of himself. She argued and said, ‘What are you going to do when you’re bed ridden?’ He said he could walk now and he could walk when he was bed ridden. See what I mean by ornery?

My grandfather needed round the clock care since May. The social worker determined he couldn’t take care of himself so he could not be left alone. Family began watching him round the clock in May. His mind was slowly beginning to deteriorate. We were told because of the cancer, the liver was releasing toxins into his brain.

They delivered a hospital bed and he pointed at it and said to me, ‘I’m not getting in that bed! If I get in it, they won’t let me back out.’ I told him it was for protection. ‘You don’t want to fall out of bed, do you?’ He said, ‘No.’ I said, ‘it is to protect you, not punish you. It isn’t a punishment.’ He didn’t agree with me.

He was up all night. Eating, looking for documents, needing to work. Work had to be done.

The medicine wasn’t helping. He wasn’t going to stop.

My last day with him conscious was last Monday. He was convinced I had stolen his clothes. Earlier in the morning, he had on two pairs of pants and was trying to put on a third pair and his overalls. I helped him get into one pair of pants so he could put on his overalls.

He was going outside. He needed his keys and he had things to do. He had on a fleece coat, and a full set of clothes with overalls on. In one hand his cane, and coffee in the other. It is over ninety degrees outside. I didn’t want him to go outside. The cane he once made fun of because he would never need it, he now leaned on for support.

He grabbed me and raised his hand to me. I got a cussing and was told to get out of his way. So I backed off and another family member stepped in to take him outside.

I left. I didn’t get a goodbye. I was a thief who wouldn’t let him do what he wanted to do.

He was put in hospice last Tuesday. He fell an hour after being there. He had work to do. The lamp needed fixing. The TV needed adjusting. He wasn’t going to lie in a bed.

We got the call this Monday that he was ‘transitioning.’ Who was the first person there?

This man I love. This man who had always done whatever he wanted and could fix anything, is dying. It is now Friday and he is still here. There is work to be done.

And God tells me to step back in line; that he will take over. There is work to be done.

The doctor said that there was no physical reason for him to be here. It was something spiritual going on. She said he is either waiting on something or somebody. My cousin and a neighbor got the hay cut on Friday. Mom told him this in the afternoon, and he passed away on Friday, July 13, 2018 at 9:01 p.m.  The work was done.

This story was submitted to Love What Matters by Jo McCrary of Tennessee. Submit your own story here, and subscribe to our best stories in our free newsletter here. 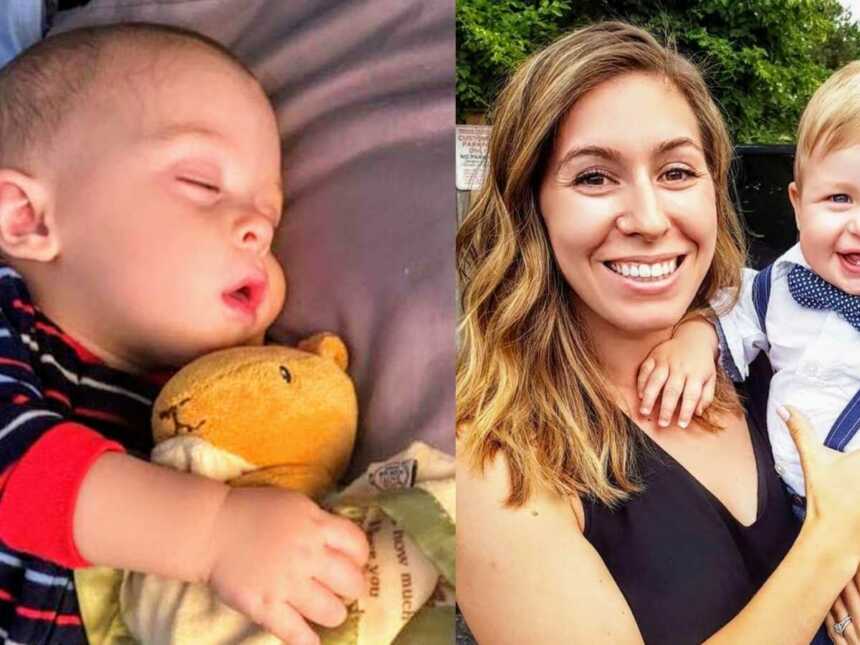 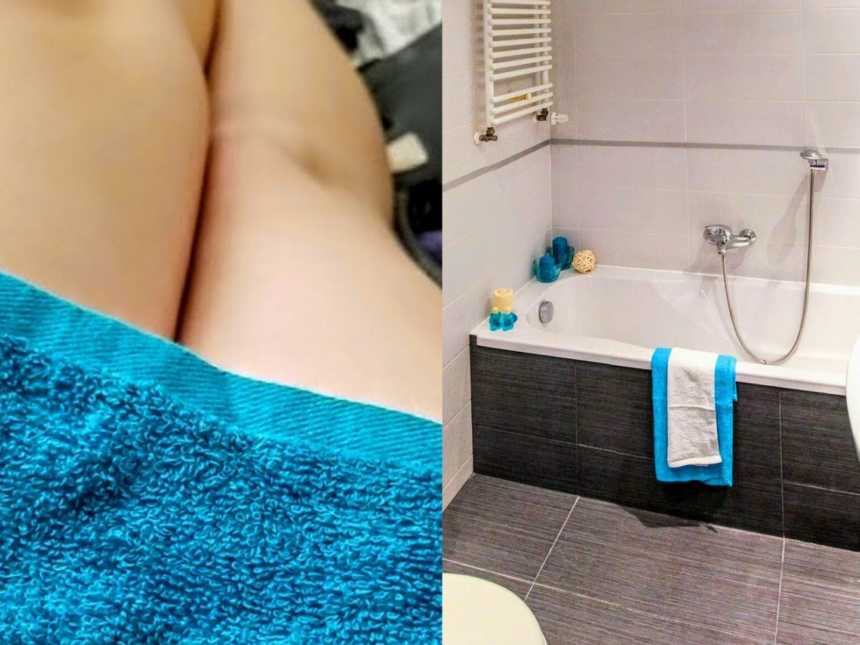 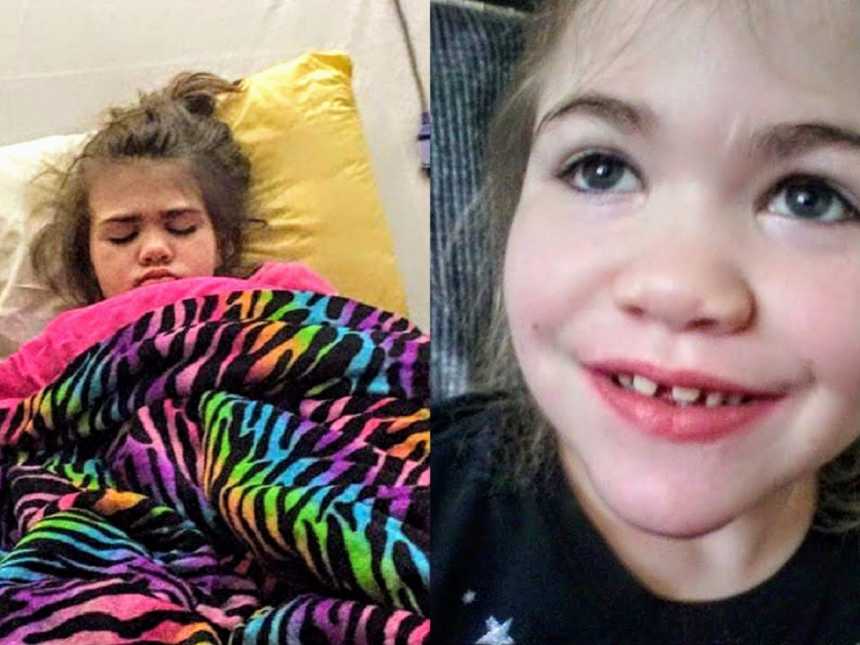