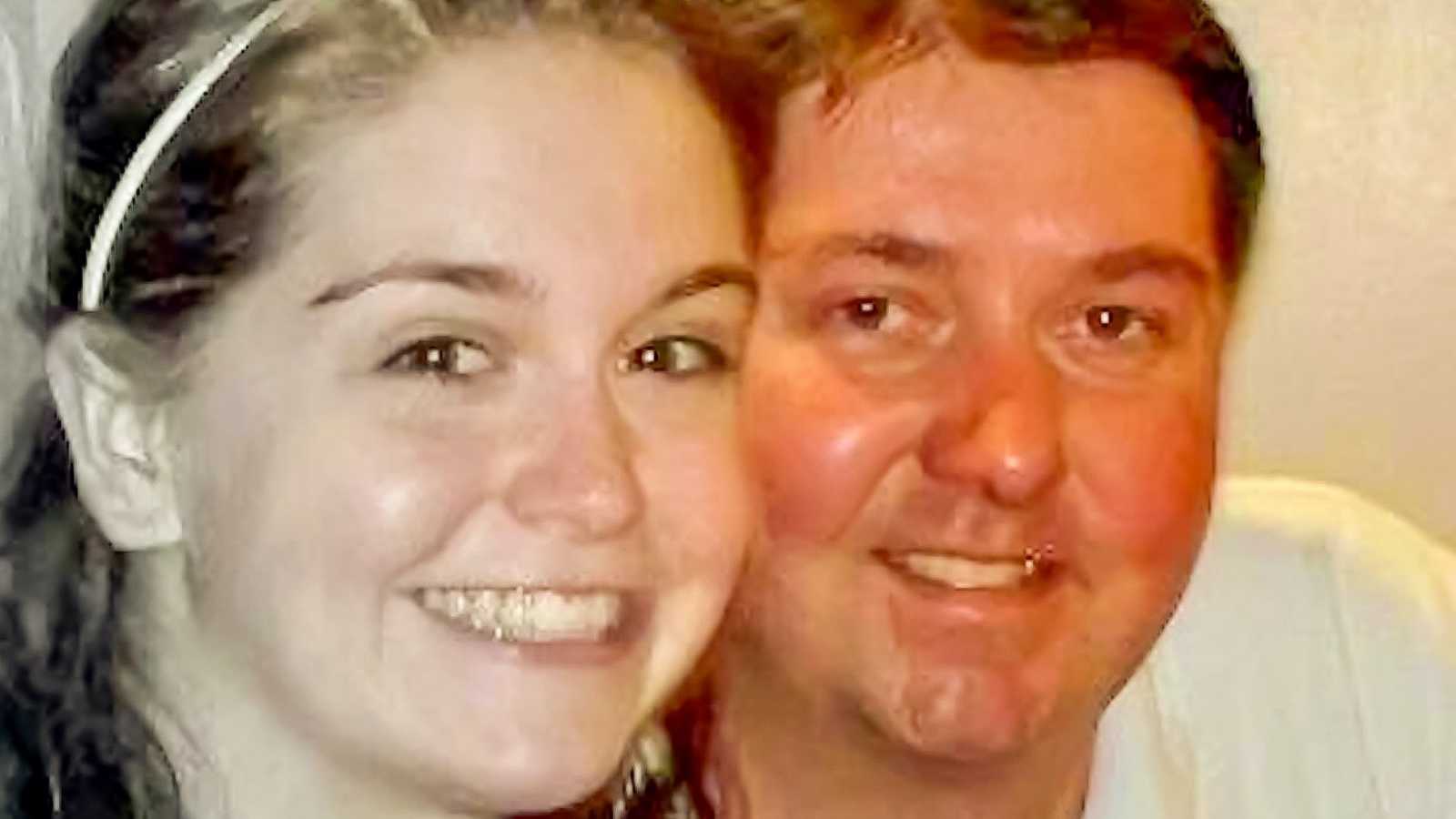 “It was 2009. I was a junior in high school when I received the letter (actually 2 letters). I was invited to become a student ambassador for the People to People program, originally established by Eisenhower. This program would give me the opportunity to travel and experience life in a way I never had before. My options made it difficult to decide: I could go to China for 17 days that summer or go to Austria to play basketball for a week.

After weighing my options, we chose China. It was the trip that would lead me into a field I had dreamed of: teaching. I’d get to see one of the Seven Wonders of the World. I’d get to experience living with a host family. I’d be able to work with children. It all sounded amazing. I just had one question: how would we make it work? I may have been 17, but I was well aware money didn’t grow on trees and flights across the world must have been pricey.

We attended the informational meeting, and after, as excited as I was, I hesitated in asking my father if I could go. As we got into the car, he simply asked, ‘Still interested?’ I smiled, and replied with a very nonchalant ‘yes,’ even though I was jumping for joy on the inside. I knew this was his approval.

We fundraised the best we could. I will never forget the people coming in and out of my house as he contentedly served up helpings of spaghetti and meatballs for my closest circle of friends and family. He was in his element. People raved about how delicious they were, and I raved about how great he was. Warmth filled my home, and it was not from the stove. He was beaming from ear to ear as he embodied the feeling of home, bringing people together as he poured his heart into his cooking and welcomed everyone into our kitchen. It was my proudest moment, as he supported me in the best way he could.

I know he must have fronted the rest of the money for me to go. Spaghetti didn’t pay for my whole trip. But of course, it helped. As we waited for my group to go to my gate, we took pictures in my uniform as I prepared myself for a 13-hour flight to the other side of the globe. I wore my maroon student ambassador polo and my ‘People to People’ lanyard. He smiled, but the look in his eyes made me sad. I knew how proud he was and how scared he was to have his 17-year-old daughter take such a great leap into the world, but he’d never say that. He just said, ‘Have a safe trip and have fun.’ Little did I know, this would be one of his last healthy moments I would remember.

When I returned, we had many plans left for the summer. I attended a weekend visit at RIT. He was bound and determined to support me on that future educational journey as well. It was a great college, and he said he could see me going there. When he picked me up, we had family come into town. It was chaos for a while. I never really had a chance to get much quality time with him. I was counting down the days until we were leaving for Disney. Of all the trips we had planned that summer, that one was going to top it all. I knew it.

A few days before we were set to leave, he started having stomach pain. Each day that inched closer to our departure date brought a new level of pain. I’d never seen him like this before. I’d never seen him complain of anything. He was weak and vulnerable, and I was terrified.

One day, he was driving down Broadway. Not the New York City one – the small town USA Central New York one. As we crossed the bridge from the west side of town, he hunched over as if someone had punched him in the stomach. I think he saw how worried I was, so despite making a big deal, he pulled over and said, ‘Aly, you need to drive the rest of the way home.’

Although he didn’t make a big deal, to me, he did. He never asked me to drive. Especially if it was only 5 more blocks to home. I knew something was incredibly wrong.

The day we were supposed to leave for Disney, a silence filled our house. I understood, of course, but what did this mean? If he wasn’t feeling well, was it serious? And as every anxious person will relate, I asked myself constantly, ‘Is he going to die?’

Fast forward to all the of the doctor visits, clinics, talks of clinical trials, hospital drives, ambulance calls, family in and out as we shuffled through life, trying to figure out how to balance being a senior in high school, sports, and life. I watched as the strongest person I knew — my rock, my coach, my challenger, my biggest supporter, my embarrassingly full-of-cheesy-jokes, incredibly wonderful father — was dying.

I questioned how I would live without him. I considered Googling ‘pancreatic cancer’ more times than I could count, but I could never bring myself to do it. I knew I was running out of time, but I naively never gave up hope.

Undoubtedly, he is the reason for the person I am today. He taught me to never take anything for granted, to always try my best (even when I think I can’t), to be the bigger person, to push myself harder than I think I can go, to never get too caught up to miss the beauty in the world. I wish I could have seen it through his eyes.

Coincidentally, someone does. His eyes were donated, and not a day goes by that I can’t picture them at their best — when they were taking in a good sunset, or watching his children grow, or spectating his Syracuse Orange win the Championship in 2003 — and inevitably at their worst — as they grew tired and weak, jaundiced and scared.

The answer to how I’d live without him is this: to celebrate him in all ways possible, to remember his goofy jokes or how he’d tickle me until I cried or how I’d dance on his feet in the kitchen and ask him to flip me over at the end, to turn up the radio when I hear a song that reminds me of him, to take an extra moment to embrace a sunset I know he’d love to share with me, to give 110% in everything I do, even when I’m tired, to host a meal like he would — always eating last as he served everyone but finding so much pride in his work — to smell the fresh cut grass as I play a round of golf and picture him in the cart next to me, to say ‘love ya babe’ to my daughter, like the way he used to say to me, to make him proud of me in any way I can. To remember him in the kitchen making spaghetti and meatballs, enough to feed an army, to make my dreams come true.

I am forever grateful for the 3 months I had with him, even if they were spent in hospitals and by his bedside. God knew what he was doing as he waited for me to come back from China to be with him; I hope he knew what he was doing when he took him from me. He must have needed him more than me, which has never been an easy answer to accept.

Undeniably, these past 10 years were the hardest of my life. But they’ve also brought me to some of the best times. I’ve learned to live without him, but it never stops the pain from coming over me in waves when I realize he’s missing it. He was supposed to be here. He was supposed to walk me down the aisle, and meet my husband. He was supposed to spoil his granddaughter rotten. He was supposed to see me walk across the stage earning the degree he’d always hoped I would, even if it took me 9 years to do it. Although I’m missing him more than I can bear, I know he’s with me as I walk through life without him. He’s my guiding star, and his name will live on through me.

This year we will be establishing a memorial scholarship in my dad’s name. He would be so proud to know we are supporting our local community, education system, athletic programs, and young adults. He was incredibly humble, and he was the type of person to give the shirt off of his back to anyone who needed it. We’re proud to continue a legacy of kindness in his name.

Most importantly, we’ll be fundraising with a spaghetti dinner, enough to feed an army, to help make someone else’s dream come true.”

This story was submitted to Love What Matters by Alyssa Bleau. Submit your own story here, and be sure to subscribe to our free email newsletter for our best stories.

‘The cancer was stealing him. ‘It’s okay for you to go now.’ He nodded his head and went into a deep sleep.’: Hospice nurse shares touching last moments with dad diagnosed with Non-Hodgkins Lymphoma

‘Then I received this email. ‘Hi there, My dad has been fighting cancer. Dad is getting weaker by the day. We have to do this as soon as possible.’ 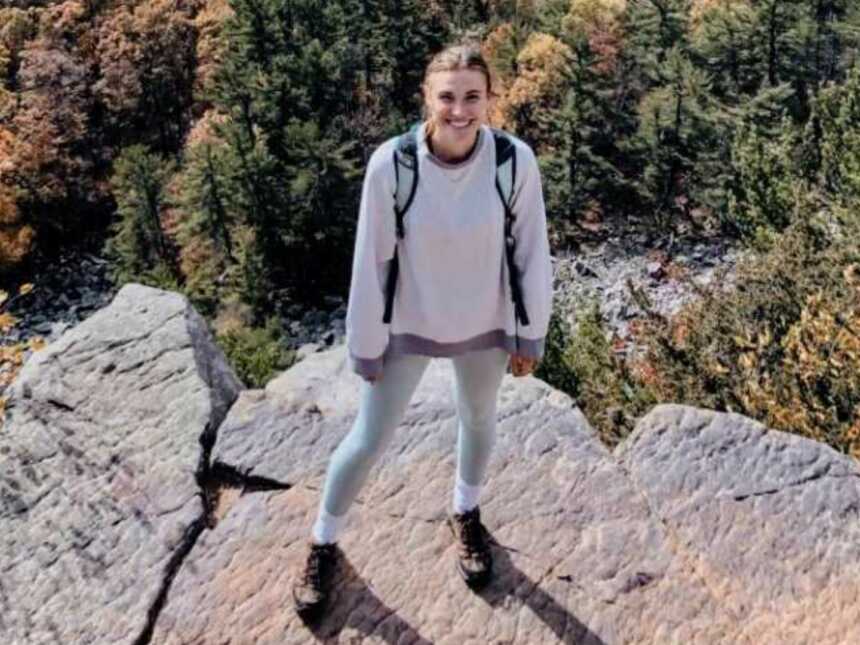 “My empty space in photographs was an open wound; I’d cry scrolling through Instagram, feeling left out and forgotten, wondering when things would change. I’ve read time and again people are grateful for their illness because it’s shown them who their true friends are. But what do you do when your illness proves you had almost no true friends at all?”