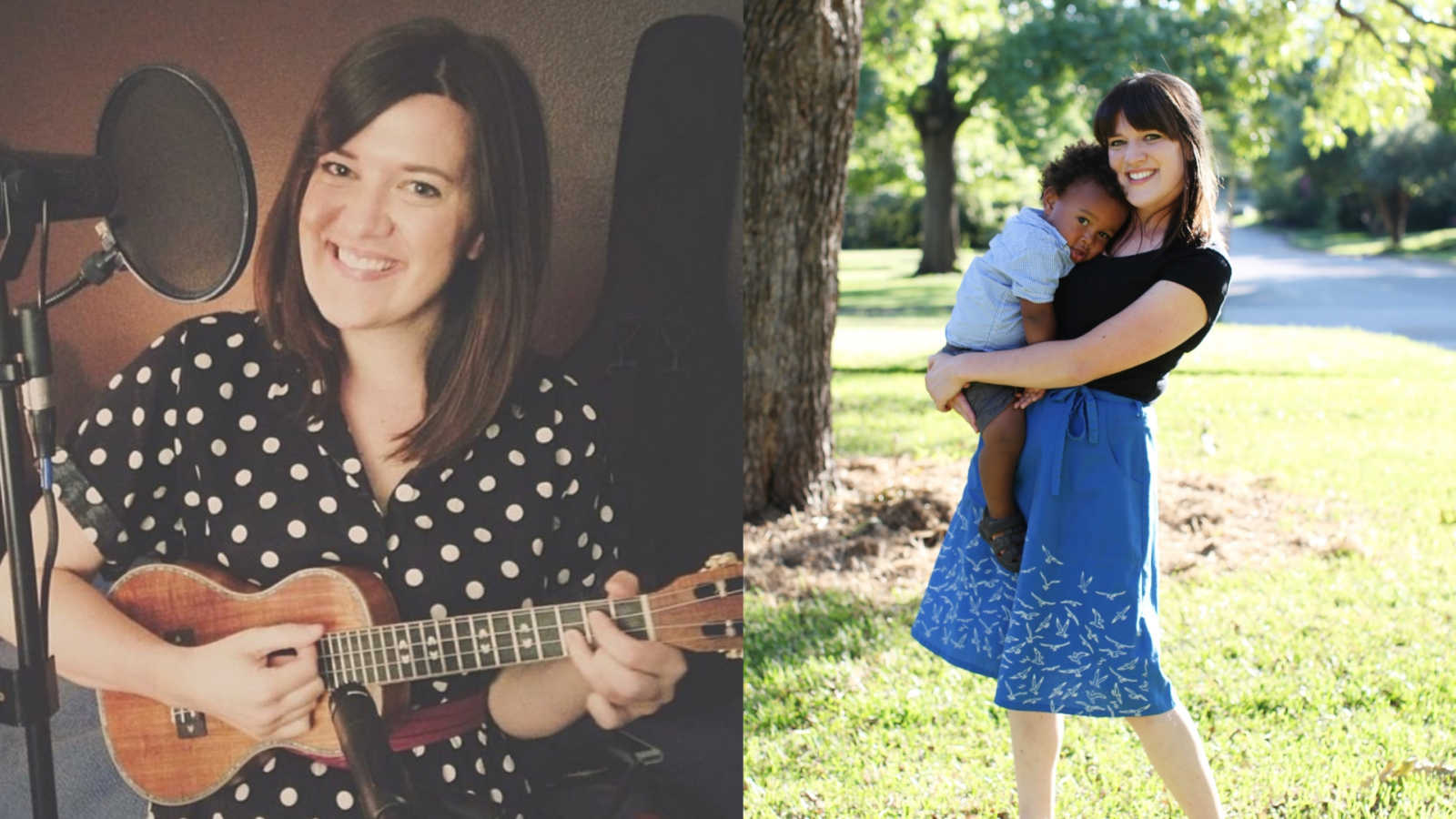 “When I was in graduate school working on my Masters in Social Work, I interned as a case manager with a foster care agency. Of the families I worked closely with, one, in particular, stood out- a single foster mom and her two foster sons. I remember visiting with them and thinking to myself, ‘I respect this lady so much, but there is no way I would EVER foster as a single person.’ I couldn’t imagine sacrificing so much to take on the stress of foster care- at least not on my own. At the time, fostering was something I knew I wanted to do, but I envisioned it being far off in the future. I imagined being older and married, having a few children, and deciding to foster when everything in my life was settled. In my mind, it was at least 10 years off- maybe more.

Fast-forward two years: I’d finished graduate school and was a social worker at a local elementary school. I worked with a lot of students, but there was one student who was especially close to my heart. He was a bright kid, but his home life was pretty challenging. One day in the spring, I was told a CPS report had been filed on his behalf, and an investigator was coming to the school to talk to him. Immediately, I worried about what would happen if he was removed from his home. He’d made so much progress that school year, and I knew being forced to leave his school would make things even more difficult for him if he was removed from his home. When the investigator finished speaking to the student, I cornered her so I could figure out what she expected to happen. ‘Will he have to change schools if he’s removed from his home?’ I asked her. Without hesitation, she responded bluntly said, ‘Well, there are no open foster homes in the area. So yeah, he’d need to move.’

I was stunned. That seemed unfathomable to me, so I did the only thing that made sense to me at the moment- I walked straight back to my office and Googled ‘how to become a foster parent.’ I emailed a few agencies that popped up, and a few days later began the process to become a licensed foster parent. I didn’t really think much about it at that point; I just knew I was not okay with the fact that a child in need of a home would be without one. And I knew there was something I could do about it.

Over the next few weeks, I continued through the licensure process- attending trainings, scheduling home inspections, talking to strangers about things like my finances personal history, and taking time to panic here and there. At one point, I was so stressed wondering if I was doing the right thing that I took a break from the licensing process. I wasn’t sure if I was prepared to be a parent- or if I was prepared for the sacrifices that come along with it. I was used to being able to sleep in on weekends, make last minute plans with friends whenever I wanted to, and binge on any Netflix show that caught my eye. Was I actually ready to give that up? I thought about changing course, maybe signing up to do respite for foster families instead of becoming a full-time foster parent. But I just had this gut feeling that I needed to see this through- that I was supposed to be a foster mom. I reminded myself, ‘this is only temporary- if you get a placement, you can always stop fostering when they leave.’ And with the comfort of knowing everything could return to normal when my first placement ended, I signed the licensing paperwork in September of 2014.

Two weeks later, I got the phone call that changed my life. It was the program director from the foster care agency, telling me there was a mother scheduled to be induced later that week. She realized she wasn’t quite ready to care for her son, so she decided to place him in care temporarily until she sorted things out. “It should only be a few months- 3 or 4 at most.” That seemed perfect for me- a short trial runs to see if fostering was really a good fit. So I said yes, and a few days later was traveling to the hospital with the caseworker to bring this baby boy home.

I remember feeling so overwhelmed as I walked into the hospital. We made our way to the nursery, where the caseworker filled out the paperwork as I stood awkwardly behind him. I kept peering into every bassinet that rolled by- wondering if one of them held the boy who was about to make me a mom. Eventually, the paperwork was completed, and a nurse waved me over and told me to follow her. Nervously, I did as I was told, and walked with her into the next room. She pointed to a chair, and, when I sat down, rolled a bassinet over to me. She probably said something like, ‘Here he is,’ but I’m not really sure, because it was one of those moments in life where everything around you seems to freeze. At that moment, it was just me and this tiny human. All I could do was stare at him, awed by the fact that I was about to bring him home. It felt like such a sacred moment I couldn’t bring myself to move- I didn’t even dare to pick him up until the nurse asked told me I should feed him. We sat there for what felt like hours- I gave him a bottle, changed his diaper, sang to him and rocked him, but mostly I just stared.  When they told us we were free to go, I was sure someone was going to stop me before we reached the elevator. How was it possible that someone so inexperienced could just walk into a hospital and leave with another person’s baby?? I mean, I had no idea what I was doing. They gave me a little booklet entitled, Your New Baby: An Instruction Manual, but it definitely didn’t seem as thorough as an instruction manual for a human should be.

We made it home that night and, fortunately, figured things out along the way. Three months quickly turned into four, which turned into six, which turned into a year… it became evident that my son’s other mom wasn’t in a place to take on the responsibilities of parenting, so eventually, the goal for his future shifted from reunification to adoption. It’s hard to articulate what it feels like when that change happens. There is immeasurable relief and joy-  knowing your child will remain your child. But knowing the price of your joy is another person’s grief is indescribably painful. The beauty of adoption is born from significant pain- and there’s no real way to overlook that. And, honestly, I didn’t want to. It felt important for my son and his other mom to acknowledge that fact- that his story- our story- might be messy, but that didn’t make it any less beautiful.

Twenty months after I agreed to a short term placement, wondering if it was even something I wanted to do long term, I became my son’s forever mom. That is a responsibility and a privilege I do not take for granted. We’ve also been able to keep in touch with his other mom, which is a remarkable gift. We have a good relationship, and I hope that will continue throughout my son’s life.

We’ve also had the honor of welcoming 4 other kids into our home- from infants to preteens. My journey as a foster parent has been one I never could have predicted- which, in retrospect, is probably a good thing. There have been so many ups and downs over the past 5 years- immense joys and significant challenges. Many moments have been both at exactly the same time. When my foster daughter of 10 months was reunified with her mom, it was such a wonderful, difficult, beautiful experience. I’m grateful to have had the opportunity to be a part of that moment- getting to celebrate her mom and honor the work she’d done is a memory I genuinely treasure.

I don’t know what the future holds for me as a foster parent, but I know taking on this role has been such a gift to me. People like to tell me, ‘You’re such a gift to them,’ but I always see it the other way around. Beyond making me a mother, being a foster mom has made me a stronger, more compassionate person. It’s given me a beautifully complex family- one I never expected- and I’m so incredibly grateful for that.

This story was submitted to Love What Matters by Kaley Eggers of Waco, TX. You can follow her on Instagram here. Do you have a similar experience? Submit your own story here, and be sure to subscribe to our free email newsletter for our best stories.