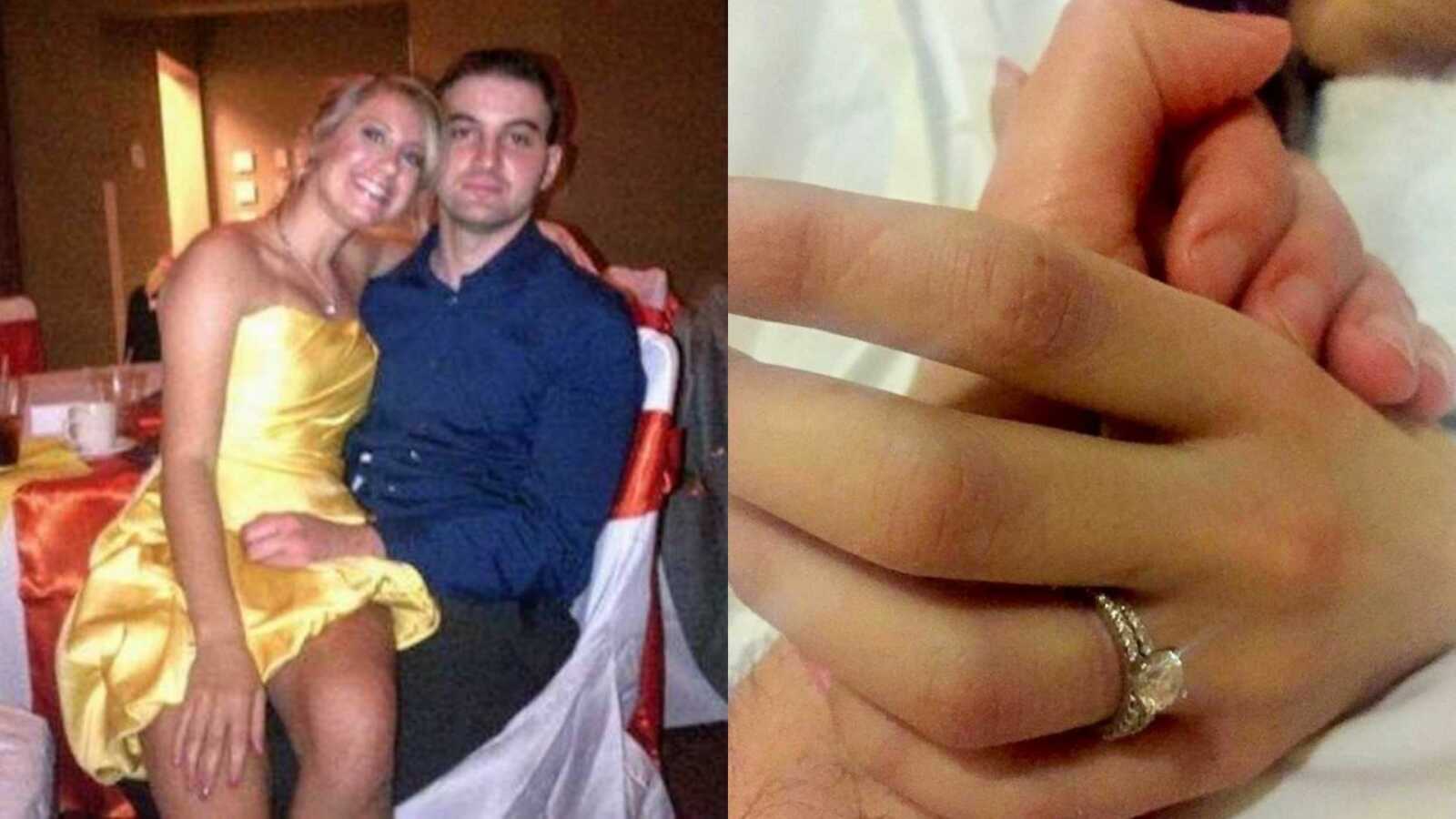 Cancer, it would be.

More of a fact than a negative thought or premonition.

Having lived a life of relative unhappiness, the thought of passing away at a young age was scary, but not debilitating.

Attempts to rid myself of this inner knowing would mostly fail.

With my mind geared towards the negative for 32 of my now 34 years – every step I took – and every breath I made – felt one step closer to my final destination.

Cancer would kill me.

Reading this, your assumption might be that I was wrong.

I can vividly recall the first time that I ever ‘recognized’ Michelle.

We had known each other for a while but I had never looked at her in that way.

She was sitting on one side of a booth with our mutual friend, myself on the other.

I took a break from my meal and looked up to begin to share a funny story with the both of them – and it was in that moment that I finally noticed the blonde beauty.

Taken aback by the fact that I had known her for a while and had never realized how incredible she was, I stumbled upon my story like a fool in love.

‘Are you having second thoughts?,’ I asked her upon arriving to her house on what would be our first day together as boyfriend and girlfriend nearly two months later.

I was just over one month away from turning 18 years old and for the first time in my life the thought of dying at the age of 30 now scared me.

In fairness, it had always scared me – but prior to falling in love with the girl of my dreams the fear stemmed from not wanting to suffer.

A typical man who obtains the flu and thinks that the world is ending, the thought of suffering from such a horrific disease always frightened me to my core.

‘I don’t understand how you don’t love me anymore, just like that,’ I said as we laid in the bed together – tears pouring down my cheeks and a few slowing rolling down hers.

‘I do still love you,’ she responded, and then stopped.

‘The cancer is back. There are tumors on your ovary, liver, tailbone and lung. I am so sorry,’ the doctor said as the nurse who had become Michelle’s self-proclaimed ‘bestie’ stood in the corner and sobbed.

Sitting there in a state of disbelief, Michelle remained silent while tears ran down my face, as I grabbed her hand and clenched so tight.

Michelle was 29 years old when her cancer came roaring back.

I always knew I was going to die at the age of 30.

And cancer, it would be.

‘Are you ok?,’ I asked later that day as we both sat on our knees in the garden.

She had begun to dig a hole for the plant that we had purchased a few days before and suddenly stopped.

Gazing into the distance without a word my heart broke into a million tiny pieces.

Having lost the love of my life once at the age of 18 – only to be reunited 8 years later – I was now about to lose her again.

The most beautiful woman I had ever seen and the most amazing human I had ever known was now going to die due to one of the most rare and aggressive cancers known to man.

Just as she had finally found happiness after a lifetime of searching for it.

And just as I had found the same.

‘I’m so sorry this is happening,’ I whispered as I slowly rubbed her back and attempted with all my might to hold back the tears that once again threatened to soar out of my already sore eyes.

Not only was Michelle my soul mate, she was also my best friend.

And the only woman I ever loved. 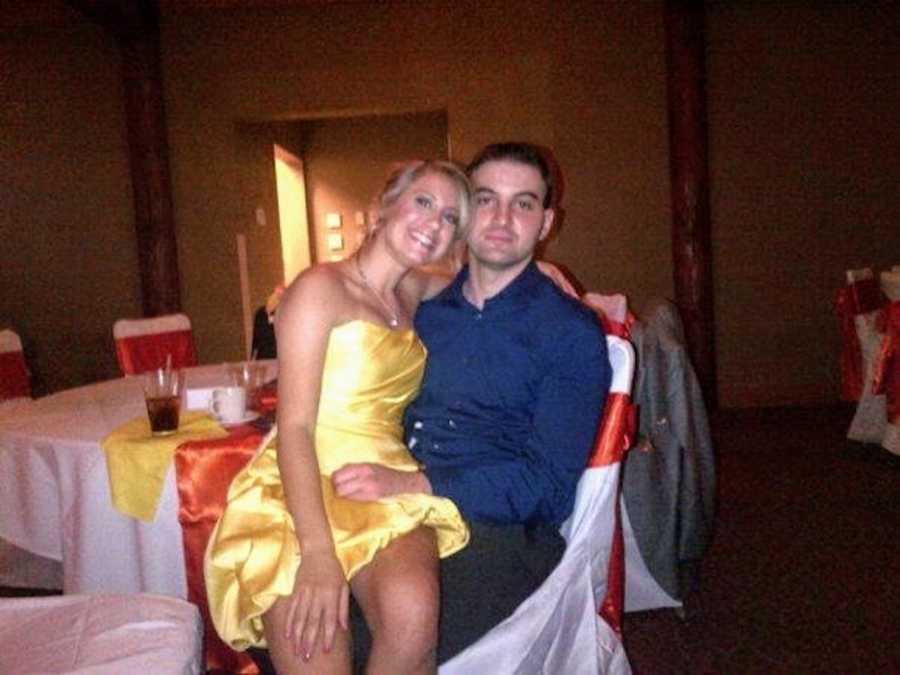 So, brokenhearted as a young man when she ended the relationship, I would eventually force her out of my head with the knowledge that I had to live my life without her no matter what my heart desired.

‘Do you ever think about us?,’ she asked shortly after we reconnected after nearly a decade a part.

‘Yes,’ I responded simply – deciding to only answer in the most simplistic of terms with the clear intent of not wanting to appear too aggressive.

‘John, you didn’t lie to me,’ she said as we laid in her hospice bed during one of her last coherent moments.

‘What do you mean?,’ I asked back, genuinely confused.

‘You didn’t lie to me. You told me that you would never leave. And you didn’t lie,’ she said back softly, as we squeezed each other’s hands so tight.

Michelle Marie Polo would pass away peacefully surrounded by family and friends on January 22, 2016 – after a two-and-a-half-year cancer battle from hell.

She had just turned 30 years old.

What I have come to realize though is that after a truly profound loss – it is possible for the living – to die too.

I died too – when the doctor said that her cancer had come back.

And that it was everywhere.

I died too – when the realization that 50 years of what was to be marital bliss was about to be stolen from us.

In the most callous of ways.

I died too – when the thought of losing her – and all of the additional loss that came with that loss – was too much to bear.

I died too – when I looked into my wife’s eyes, a woman who was fighting so bravely to live – and I wept to her, that if she didn’t make it.

I would be joining her.

Not because I wanted to – but quite simply – because I thought I had to.

The thought of hope that I could survive without her did nothing.

But fill me with rage.

I died too – when the vision before me caused pain so great.

The unbelievable suffering of My Michelle.

My wife, and my soul mate.

I died too – as she would cry and scream and beg for the pain to go away.

I died too – when she took her last breath, and they made me leave the room.

I am not the man I used to be. He went a long time ago.

When hope was the thing – he tried – but could not see.

‘You are really hard on me sometimes; you know that?,’ I said to Michelle once during a moment of frustration.

‘Because John, for as good of a man as you are – I see the man that you can truly be.’

With a shattered heart and a broken soul.

I stood in the ashes of the man I used to be.

Somehow – I held onto hope long enough, and eventually rebuilt.

Into a better me.

I miss you so much Michelle, and I am so proud of you.

All that you were, and still are.

All that you showed me about what life and love could actually be.

I can only hope, from the bottom of my scarred – yet healing heart – that you – the most amazing person I have ever known – also feel proud.

This story was written by John Polo of Better Not Bitter Widower. The article originally appeared here. Follow John on Instagram here. Can you relate to this grief journey? We’d like to hear your story. Submit your story here, and subscribe to our best love stories here.

‘They found something. I don’t want to ruin your Christmas Eve.’ I sat with my head against the closet, ruined.’: Woman loses husband to Stage 4 Stomach Cancer after multiple misdiagnoses, claims his death ‘saved 3 family members, daughters’