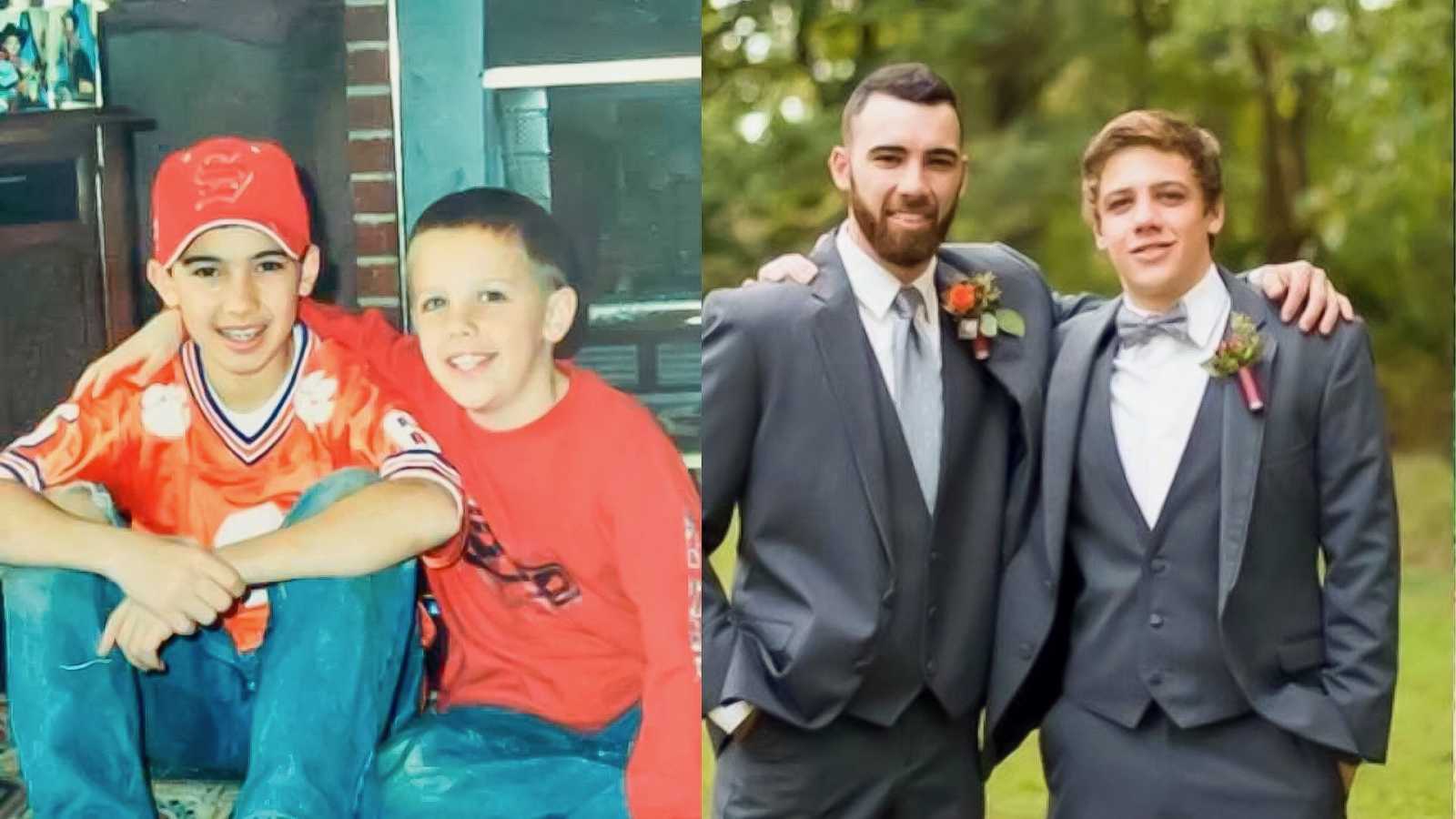 “This isn’t easy but I want to speak directly to Brandon’s friends and enablers, and anybody else struggling with addiction.

Tuesday night, I was at my grandma’s house for a normal visit. My new wife and I had just gotten back from our honeymoon the day before. The phone rang and my grandma answered with a sarcastic: ‘What?’ But the mood quickly changed and I knew what the call was.

I rushed to Brandon’s girlfriends apartment where her and my mom were standing in the parking lot, losing it. I kept it together pretty well until I climbed in the ambulance and looked at my little brother lying there, knowing he was gone.

Yesterday, I went and planned his funeral and picked out his casket. Today, I had to go look at him again and I bought a suit to wear to his funeral. These things shouldn’t have to be done for a 21 year-old.

So, to his friends who are doing the same things he was, what I want to say to you is:

How badly I want you to use his life to turn yours around… It’s too late for him, but there is still time for you! You think the drugs are only affecting yourself; but what you don’t know is how much it impacts everyone around you.

You don’t know how many sleepless nights I’ve had worrying about him.

You don’t know how many times he has told me he is going to beat his addiction, he won’t be a statistic.

You don’t know what it’s like to feel your stomach drop every time the phone rings, because I’m scared it might be about him.

You don’t know how it feels to know time is running out for him and not being able to do anything to help.

You don’t know the guilt I feel for not doing more than I did.

You don’t know what it’s like watching grown men who you thought were invincible, standing over a casket crying.

And you don’t know what it’s like to know that you’ll never be able to kick a soccer ball, play Xbox, argue over football, or any other little thing we take for granted with my brother ever again.

So, don’t let him die for nothing! Get the help you need and get clean—if not for you, then for your family. You’re not invincible, you’re time is short; and as much as you don’t want to believe it, you’re next.

And to his dealers:

I want you to know how many hours Brandon spent at my house crying, telling me he hates what he has become, but there was no escape. He said no matter how many numbers he blocked, you people still find a way to sell to him—and he gave in every time.

I want you to know how hard he tried to help himself and to find help, and every time he did and got clean; you were lurking in the shadows, calling his name.

I want you to know that you are murdering people for $20 bucks a pop—and I hope you feel terrible about it. I can’t imagine how it feels knowing $20 is worth more to you than another person’s life.

I want you to know how badly I want to take justice for my little brother into my own hands. I know who some of you are and how much rage I feel when I look at your Facebook pages, living like nothing happened.

And I want you to know that eventually what you are doing will catch up to you.

But, on the other hand, I want you to know this isn’t why you were put on this Earth. If you turn your life around, there is so much you can do. Think of the people you can help! Get a real job, make your own money, do something for which you can be proud.

Now, reach out to anybody you know who is struggling, and do whatever you can to help, so we don’t have to lose someone else with their whole future ahead of them. It may be too late for Brandon, but don’t let him die in vain. Feel free to share, you never know who it may help.”

This story was written by Stephen Wood. Do you have a similar experience? We’d like to hear your important journey. Submit your own story here. Be sure to subscribe to our free email newsletter for our best stories, and YouTube for our best videos.

‘Stay with us,’ they kept telling me. All I wanted was to close my eyes. The next many moments were a blur.’: Woman overcomes addiction, finds faith, ‘I’m so thankful drugs didn’t take over the precious life that awaited me’

‘I gave up. I couldn’t do it any longer. I freaking quit.’: Mother of 3 divorces husband after coming to terms with his ‘addictions’

‘Come on, why are you doing this?’ I wasn’t intoxicated, but I just couldn’t fight it. I was paralyzed from shock.’: Sexual assault survivor finally accepts mental illnesses in wake of trauma, no longer ‘ashamed’