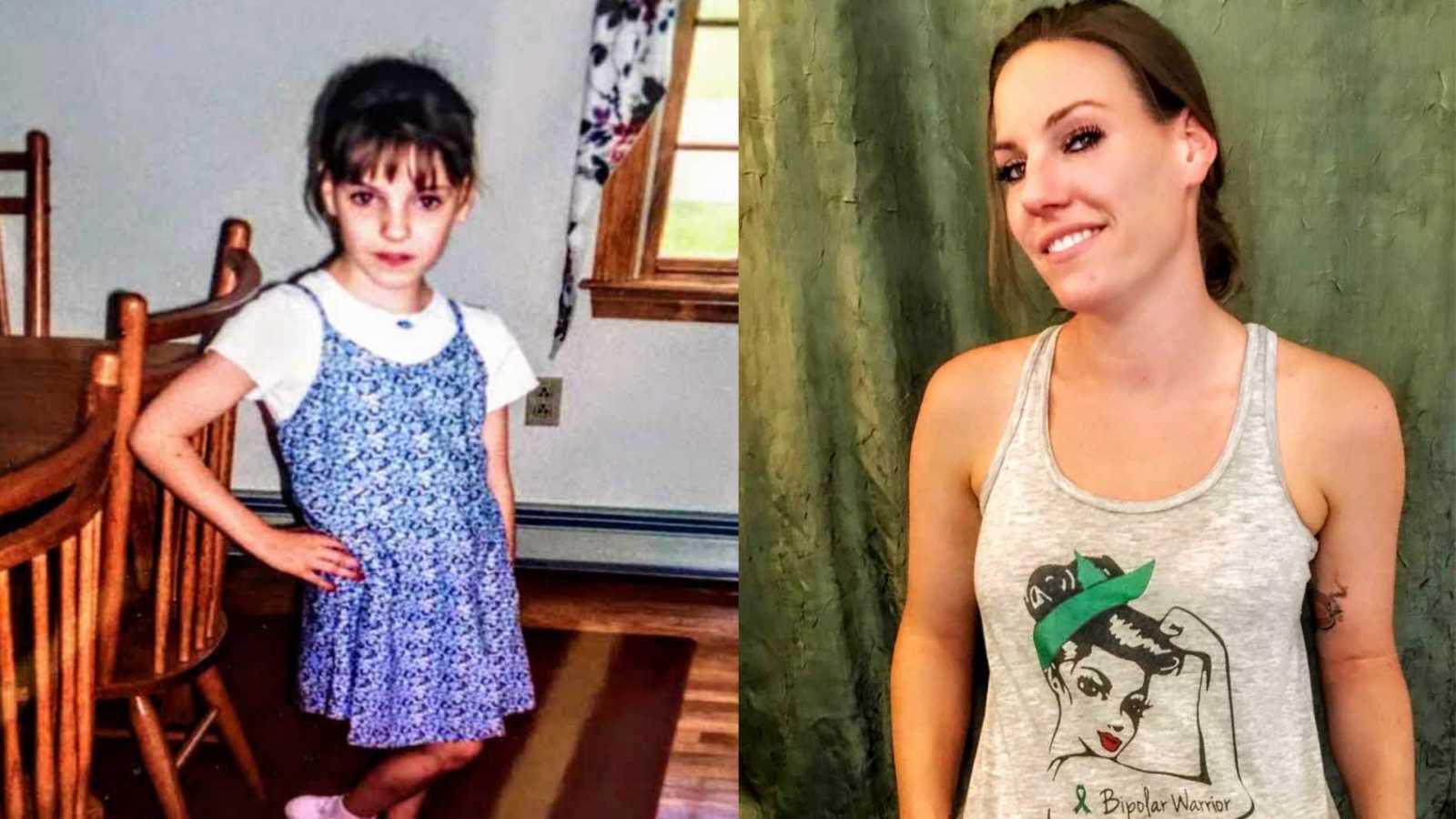 “I began my life long journey with mental health when I was nine-years-old. One day my mother and I were having an argument over something unimportant. The argument erupted into screaming, and then I ran out of words and did the unspeakable. I pushed my mom. I didn’t hurt her, and I definitely didn’t want to hurt her. So why would I push her? I had become so filled with frustration and being overwhelmed with the continued arguing, and my mind couldn’t take it anymore, so my body took over to end the madness. I always knew there was something wrong with me, but when I actually lost control on my mother it became crystal clear. My father responded by bringing me to the police station to show me where violent children go when they act out.

I begged and cried not to go in, but there I was in the police station with a policeman. When the officer said, ‘What happened?’ I replied, ‘I need help.’ Little did I know that asking and getting help would change everything.

After the cop told them what I had said, my parents did not hesitate, and the help began. I was immediately emerged into a pool of therapists and psychiatrists that kept misdiagnosing me with ADHD. After years of being misdiagnosed and taking meds that were not treating my condition, my father arranged an 8-hour evaluation at the Children’s Hospital. Finally, at age thirteen, I left that hospital diagnosed with bipolar disorder, depression and anxiety. I was happy for a correct diagnosis. Being diagnosed with these issues so young was very confusing and scary and I was sad. I hated that I would forever have a label that would make me ‘weird.’ I always knew I was different than other kids my age, especially in the areas of school and friendships. When I was a junior in high school, I was additionally diagnosed with insomnia, PTSD (from failed sexual assault and a car crash) and S.A.D. (seasonal affective disorder). I understood there was no brain store where I could buy a new brain, but this diagnosis was something I became ashamed of. The question, ‘What will ‘they’ think?’ filled me with too much paranoia to tell anyone.

High school was a total nightmare. Kids that were even a little different were looked at as ‘weird’ and would tend to get bullied. I could not risk making my bullies happy and giving them more ammo. I tried to not be there as much as possible and tried hard to not spill my secret. Trying to appear together all day was completely exhausting. The worst, however, was the sickening feeling I failed the mission to camouflage myself into a normal teen. When I got home from school, I wanted to die. The thought of suicide crossed my mind, but the commitment to it freaked me out. I always thought, ‘Can I die for a week to see if I like it?’  Sleep seemed like a great alternative. Sleep was rare even with my insomnia medication, so I decided to add in some Nyquil. I started with a cap at 8 pm and escalated to half a bottle as early as possible. After overdosing and hallucinating, I decided to move on from that. Soon after, I continued self-medicating even more by drinking, and trying any drug I was offered. I was holding on by a thread …and then it got worse.

Someone I trusted sexually assaulted me. I kept saying in a joking way ‘Come on why are you doing this?’ and ‘You’re crazy! This is messed up!’ Then suddenly I became paralyzed from shock that it was happening. I was not intoxicated, but I just couldn’t fight it. I told my parents and they were devastated and asked what I was going to do about it. On the long way home, I kept thinking about that question. I replayed this event over and over and I began questioning myself. ‘Was it my fault? Did I not do enough saying no? What did I do to make this happen?’  I decided I was not going to tell anyone for many reasons, but the two big ones were about if anyone would believe me and what if it was my fault. This tragic event took my trust, faith, and someone I cared about and a tainted view of people in his profession. It brought me nightmares that would wake me up, created multiple triggers of common things, increased anxiety, depersonalization and a bit worse of a drug and alcohol problem.

When I started accepting the fact that I was okay with being mentally ill, everything changed. I had started getting tired of hiding who I was anymore and at the right time I met the man, Sean that would be the first non-family member I would let in. I was so afraid to tell my secret to Sean, but his reaction was amazing. He was curious to learn more but wasn’t intrusive. He took it without judgment and made me comfortable instantly. We both had alcohol issues. My problem was addiction to numbing myself and feeling more ‘normal’ and he was addicted to alcohol. We were a killer team except when we drank too much. One day we decided its love or booze… we chose love and never looked back. We got married in 2013 and a day doesn’t go by that I don’t think about how he is the reason why I am so open about my illnesses today.

Two years ago, I got tired of the groggy mornings waking up at 2 p.m. from taking sleeping pills. I started looking into medical marijuana. I knew it helped me with sleep and anxiety. When I brought it up and explained, everyone was on board. My parents would have killed me if I had a joint in their presence in the past, and now they come over and don’t flinch at three on the coffee table. It just goes to show you really don’t know until you ask. Medical marijuana has done wonders for me. I am off of sleeping pills and anxiety medications. I am also able to wake up at 7 a.m. and go to the gym which I never thought possible. I sleep every single night, feel way more like myself, and live a better healthier life.

Feeling more like myself just made life even better. I have learned that the sexual assault was not my fault and my mental illnesses are nothing to be ashamed of. I feel strongly about spreading this message and took action. I called NAMI (National Alliance on Mental Illness) and became a presenter for In Our Own Voice. I go to inpatient units, counseling practices, schools, and family classes to bring hope to those trying to find it themselves. Expressing more has also ended my almost 20 years of therapy. Recently I was approved to be ‘meds only’ which always seemed like a dream. The little girl that feared reaching out is now reaching out to help others, and I could not be prouder.”

This story was submitted to Love What Matters by Jenna Stanley, 31, of Massachusetts. Submit your story here, and subscribe to our best love stories here.

‘If I refused his advances, I’d get in trouble. I had to keep my head down, my mouth shut. I couldn’t ‘ruin’ her image of the perfect family. I paid my dues every night for 6 years.’ Sexual assault survivor breaks silence after 2 decades