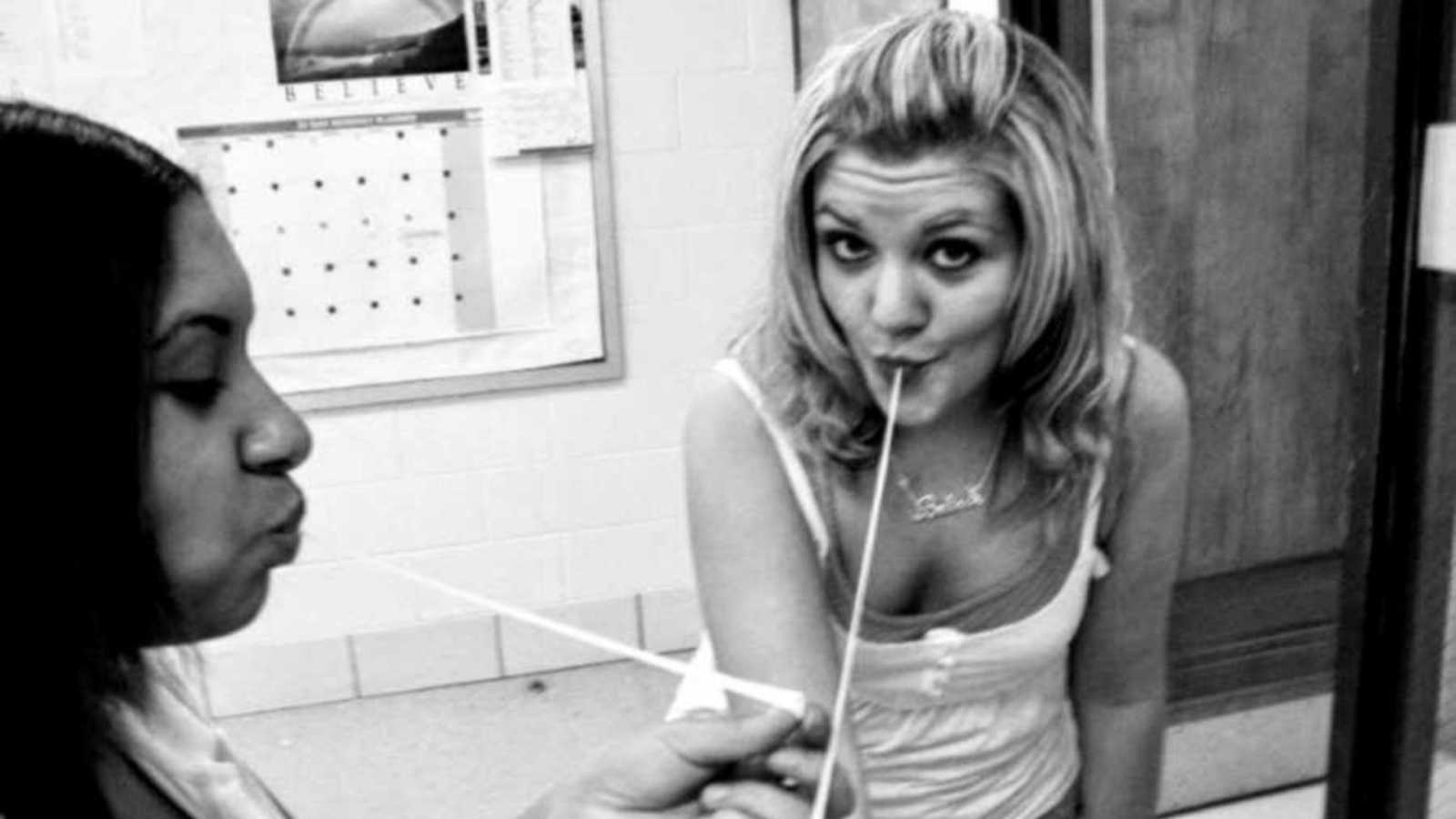 Disclaimer: This story contains graphic details of abuse that may be upsetting to some.

“The smell of cucumber melon body lotion, the taste of Mountain Dew and Juicy Fruit gum, and the words ‘teen dating abuse‘ always take me back in time. I was 14, a freshman in high school. I was sheltered, naïve, and targeted.

My mind blocked the first time I met D. It was just as if he was always there, lurking. I think back to my life before D. My mind (and body) were pure. The second his hand touched mine was the moment that changed me…forever.

People always ask me when my anxiety started. ‘High school’ is my constant response. People then nod, understandably. In their head I’m sure they picture studying for exams, waiting for their crush to call them at night, or waiting on college acceptance letters.

People never imagine the cars driving by their home slowly, the threatening of ‘If I can’t have you…nobody will,’ or the constant effort to please him while never knowing if it would be enough to hold his hand or result in being pushed into a row of lockers.

Shake the snow globe up. Here is a glimpse into the realm of teen dating abuse from the perspective of 14-year-old me:

I was his world. He was mine. Nobody else mattered. I couldn’t answer phone calls from my family or friends. Any free time had to be spent with him. This included passing periods, breaks, lunch, and after school. He wanted me all to himself. He ‘loved’ me so much.

When I had to stay after school for tutoring, he would wait outside the classroom for me. He would greet me by pushing me into lockers, slapping my face, or sexually grabbing me under my shirt or in my pants. He always apologized after. I know he was just emotional because he wanted to hang out with me. I loved him. I quit going to tutoring. He mattered way more than my education. That made him so happy to hear. Gosh, we were perfect together.

He loved me so much he didn’t want me wearing things that would make other boys look. My favorite denim mini skirt upset him so much, he refused to talk to me all day. He called me a whore, slut, hooker, cheater. He just wanted me to himself. How sweet is that?! I didn’t know any girl who had a boy who cared about her as much as D cared about me. I was so lucky!

He made me do sexual things whenever and wherever we were when he wanted it. I felt so amazing to have a boy want me so badly. I always had cucumber melon body lotion in my purse – it was my favorite! He loved when I would use it. But then, he would always forcefully push my head down. He was just so attracted to me!

I knew because I was such a lucky girl to have a boy like me so much, I had to maintain my appearance so I looked just the way he liked. This included straightening my naturally curly hair every single day. If I didn’t and I showed up with my hair curly, he refused to hold my hand in the hallway at school. I wanted to please him, so I complied. I wanted to hold his hand and show the world how in love we were. I’m sure everyone was so jealous!

Then, my snow globe was suddenly shattered. I would go out to the hall to visit with D during my breaks from rehearsal. This wasn’t good enough. D wasn’t getting the amount of time with me he desired. He was mad. Really mad. I tried to calm him down. We were arguing loudly in the hall. He told me to get away from him. I begged him to stop being mad at me.

‘Stupid b—h!’ was the next thing I heard as I hit the ground. D pushed me so hard I fell down onto my back on the concrete school hall floor. My dance coach called my parents and the police.

The following weeks were filled with restraining orders, court dates, me being escorted to and from classes by the school counselor so I wouldn’t pass D in the hallway, and so many secret love notes folded up and slipped into our hands by our carrier pigeon friends. Nobody could keep us apart.

Cars would drive by my house extremely slow and guys I had never seen before would peek out the window. Random numbers would call me and when I would answer, only breathing was on the other end. Once I told him I was home when I wasn’t. He knew.

I was being watched. I was being followed. I was being tormented. I wanted it all to go away. But also, all I wanted was D. I was losing it. I was getting detentions and being suspended from school. I was constantly fighting and screaming with my parents to let me see my boyfriend. I hated them for keeping me locked up in the house.

I was screaming in the car with my mom when I grabbed the steering wheel out of her hands while she was driving and ran us into the ditch. My mom drove me to the Juvenile Detention Center and begged the police officer at the door to keep me for 24 hours. She called the psychiatric ward at our hospital and asked how I could be checked in.

I ran away once. I didn’t make it far. I sat atop the big hill down the road from my house and hid behind a subdivision sign. I watched as my parents, grandparents, and everyone who cared about me drove around calling my name, looking for me in a panic. I had hit rock bottom.

During the summer, I went a longer period without seeing D. We scheduled a secret meeting in the woods behind our town carnival. Nobody would see us. Nobody would hear us. Nobody would know we were there. We slid down the hill and walked farther and farther away from the rides, screams, laughs, and funnel cake air.

I had my phone in my hand. I looked down at it and realized the numbers ‘911’ had been punched in. It was like an outer body experience. I hadn’t noticed  I dialed ‘911,’ but I had. I hadn’t realized I was scared of D, but I was. This was my turning point. I finally came to the realization I was terrified of the boy I loved.

This experience has taught me the brain is a powerful thing. It can block the trauma. It can make the bad so blurry that you are able to love and live again. But, the remnants will always remain. The aftershock will always be felt.

Abuse and bullying in a dating relationship involve more than just hitting, kicking, slapping, and punching. In fact, most abusive relationships start out with subtle signs that many teens mistake it for love, as I did. I urge everyone to look for the warning signs, act on those warning signs, and be supportive. You could save a life.”

This story was submitted to Love What Matters by Jordyn Helms. Do you have a similar experience? We’d like to hear your important journey. Submit your own story here. Be sure to subscribe to our free email newsletter for our best stories, and YouTube for our best videos.

‘I know you beg him to stop. I know you think you can love him hard enough he won’t hurt you anymore. One day, sweet girl, there won’t be a next time.’: Domestic abuse survivor shares powerful testimony for fellow victims, ‘Run and don’t look back’

‘Shut up.’ I lay there, weak, my best friend’s hand over my mouth.’: After years of denial, sexual abuse survivor accepts it wasn’t her fault

‘I bet all the girls have a crush on you.’ My mom distracted, he gave me his number. I was an easy target.’: Male sexual abuse survivor finally realizes ‘it wasn’t my fault’ after 32 years

Spread hope and strength. SHARE this story on Facebook to let others know a community of support is available.