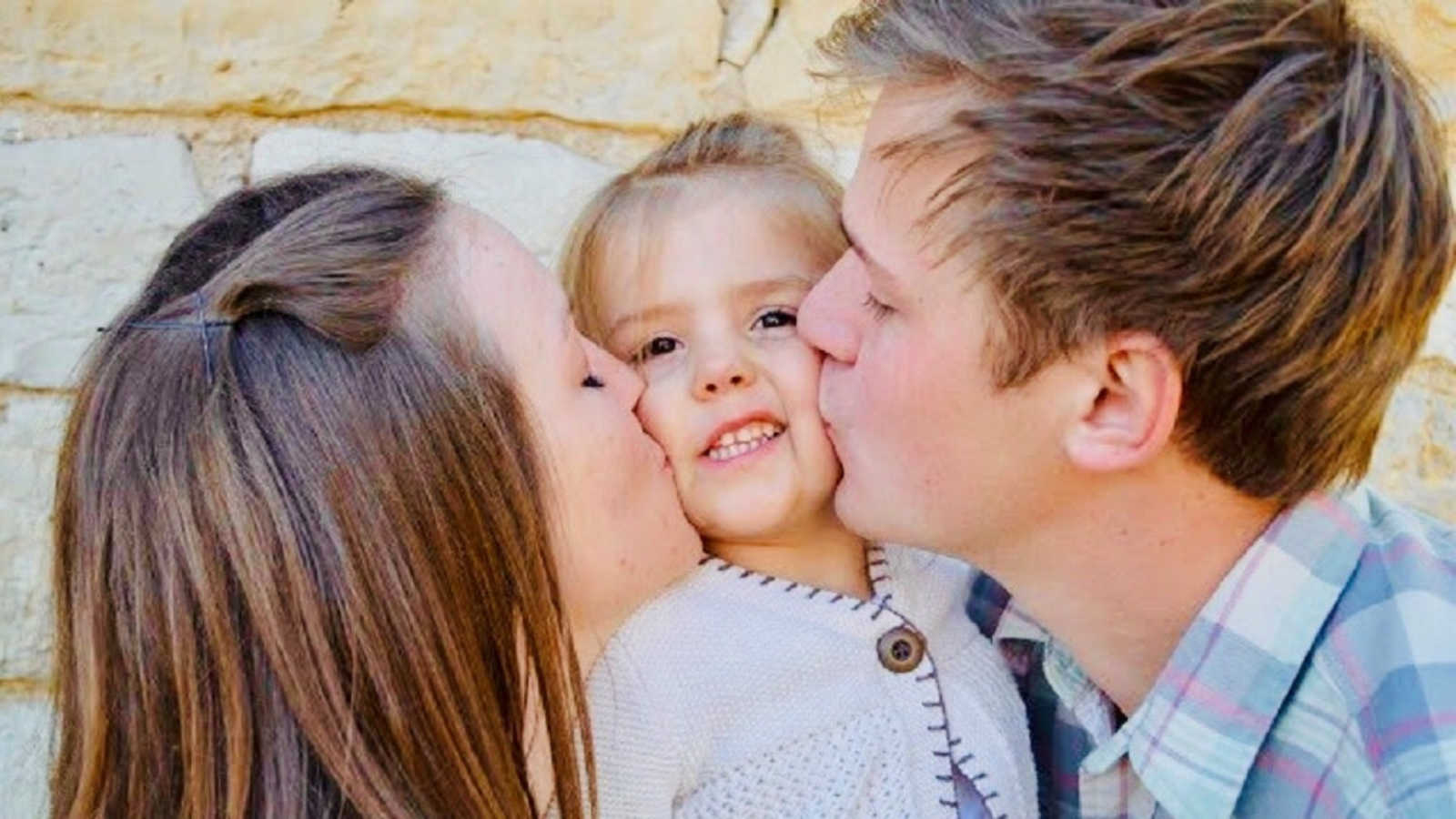 “Being a stepmom is so much more complicated than I ever imagined. It’s a lot more than just being in a relationship with someone that has children. Half of the battle for me was figuring out what my role would even be. Would I have more of a friendship with my stepdaughter or would I be more of a parent? When I was little I watched a show about a girl who had a stepdad and she would roll her eyes and yell, ‘You’re not my dad!’ as she slammed the door in his face. Would this be my fate? Would My stepdaughter resent everything I said to her just because ‘I’m not her mom’? I tend to overthink every possible scenario in my head before it happens. I call it being prepared, but my husband would say I worry too much.

My stepdaughter was just 2 years old when I came into her life so I realized I would more than likely have to be more of a parent. I never wanted to rush anything with her so I just let everything happen how it was supposed to. For months, she would only ask her dad for things. If she needed a drink or if she was hungry, she would ask him for those things, no matter if I was sitting there too. He handled bath time and night time routines as well. I would always be there and join in, but he took care of everything for the most part. However, there was one defining weekend that changed the relationship I had with her going forward. Hand foot and mouth disease struck our house. My stepdaughter was actually diagnosed with strep, but it was discovered she also had hand foot and mouth when my husband caught it! I had no idea adults could even get it but, wow, it was no joke. He was down for the count – which left my stepdaughter completely reliant on me.

My husband was so incredibly sick I remember him saying, ‘I don’t know what I’m going to do. I can barely move, let alone make dinner.’ I assured him I could handle it and not to worry, but I have to admit, I was nervous. I wasn’t worried about me, I was just hoping my stepdaughter would be okay. Fortunately for everyone, she did great! He explained to her he was very sick and that Karyn would be taking care of her. While we felt bad for him, she and I had such a great day. We colored, made lunch together, read books, and nursed daddy back to health. It ended up being more like three days of that and it shifted our relationship completely. She trusted me in a way I’m not sure she did before. Prior to that weekend, she was trying to figure out what my role was too, in her own little way. Now, she knew I was there to take care of her and she could rely on me as well. My husband Sam was finally feeling better and we were back to doing the nighttime routine together, but this time, she wanted me to give her the bath, to read the books, and to sing the lullabies. It was the best feeling. I’ll never forget it. She saw me like the fun parent – but that also led to quite the shock when I had to discipline her.

I remember the first time I ever had to put my stepdaughter in time out. Up to that point, I was the fun one and Sam got to handle all of the discipling. I knew it wouldn’t last forever, but I have to be honest, I liked never having to be the bad guy. One day in particular, my husband had to keep getting after my stepdaughter for sitting on the arm of the couch. He had to tell her time and time again to get down because she was going to fall. So when she did it again, he said, ‘If you do that one more time, you’re going in time out.’ That set her straight for a while and we went on with our evening. But then it was dinnertime, and Sam ran out to pick something up. As soon as that door shut, she ran over to the couch, and sure enough, she sat on the arm. I thought to myself, ‘Please get down. Don’t you know I’m the fun parent?! I do swings and books, not time out!’ However, I knew I couldn’t let it fly – so I did it. I put her in time out. I gave her a stern look and said, ‘Your daddy told you it’s time out if you get up there one more time young lady, so let’s go.’ She now tells me I have a very specific face when she’s acting up and calls it ‘the look.’ Well, I gave her the infamous look, picked her up, and sat her in time out.

There were no tears, no fit throwing, just her staring at me straight in the eyes like, ‘Oh, it’s like that?’  She was looking at me like I had just committed the biggest betrayal. She didn’t see that time out coming, not from me anyway. Has a 2-year-old ever made you question your life choices?! Because in that moment, that’s exactly what happened to me. Maybe I should have waited for Sam to get home, or asked her very nicely in a very non-parental way to get down. I could have remained the fun parent, but I knew that wasn’t feasible for the rest of her life. When Sam got home I explained she had gotten back on the arm of the couch and I had to put her in time out. Other than that simple conversation, I can’t recall ever talking about how we would handle discipline in our home. However, disciplining when her mother was around was a different story.

By this point, Sam and I shared the parenting role in our home, and I was full-on motherly status. I wasn’t sure how it would work if I had to be stern with my stepdaughter when her mom was around, but I really didn’t think about it until it happened. Her mom and I were at her preschool classroom party and the teacher told the kids a few times to quiet down. My stepdaughter kept chatting with her friend, so I leaned over and told her it was time to be quiet, accompanied with ‘the look.’ She stopped talking and all was good, but then I thought, whoops, should I have not done that? Should I have waited for her mom to say something? Being a stepmom is a constant battle of not wanting to overstep boundaries. I never wanted my stepdaughter to think I was trying to be her mom, but I really didn’t want her mom to feel like I was stepping on her mama toes. In the beginning, I would always ask her permission do things like haircuts and classroom parties, so should I have discussed discipline with her too? Luckily, she didn’t seem to mind at all. In fact, she gave her a look too like, ‘Yes, exactly what she said.’

Again, discipline just fell into place. It was never a specific conversation Sam or I had with her mom. Her mother could have easily said, ‘Whoa, whoa, whoa, I’m the mom here. Don’t tell her anything.’ But she allowed me to handle the situation and supported it.

If you haven’t caught my drift yet, being a stepmom is complicated to say the least. You constantly have to deal with situations and emotions that parents who stay together don’t encounter. I’m not saying being a birth mom doesn’t have its challenges, believe me when I tell you it does, I am one. But, as a birth mom, you get to make the choices for your kids and move on. You’re not continually questioning your choices and wondering if you are crossing the ‘parental’ line. Some days you might feel defeated because your intentions were misconstrued, or maybe you were left out of a parenting decision all together. Whatever the case may be, it’s so important to find your confidence in being a stepmom. You are a parent and always, always, always, do what works for your parenting unit, even if it doesn’t look like your friend’s, the neighbor’s down the street, or mine.”

This story was submitted to Love What Matters by Karyn Liebler of Missouri. You can follow her journey on Instagram. Do you have a similar experience? We’d like to hear your important journey. Submit your own story here, and subscribe to our best stories in our free newsletter here.

‘I was okay with him having a daughter, but NOT an ex. ‘I wonder where she’s sitting? Are they on the same couch? Why hasn’t he texted me? They’re back together, in Vegas getting married.’