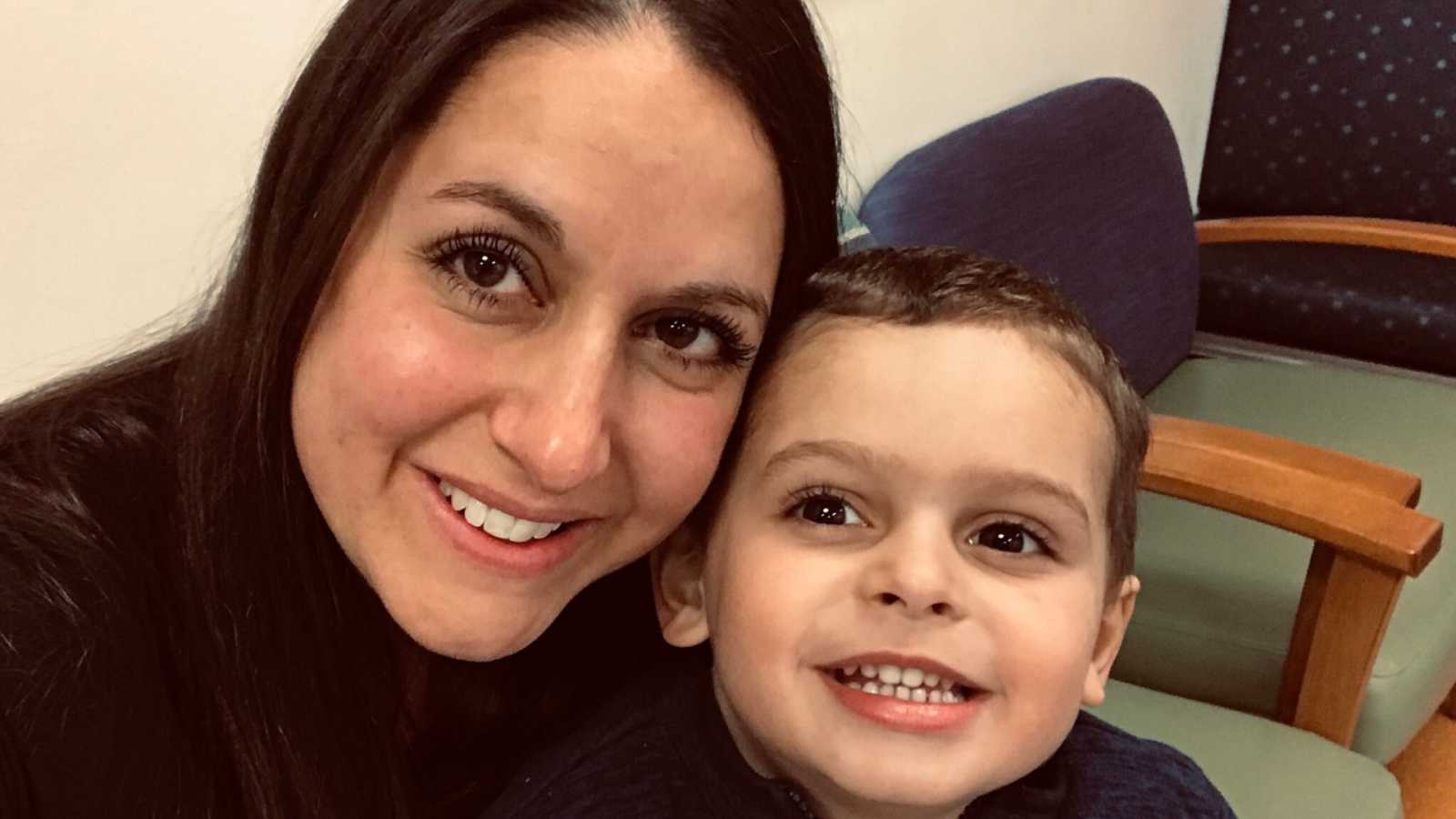 “My son failed his food allergy challenge to baked milk yesterday. While most people don’t think much about food allergies, those of us in the allergy community know how discouraging it is when you’ve prayed and hoped for something for so long, only to be disappointed. Our food allergy journey began when my now 8-year-old son, Eli, was two. I gave him a teeny, tiny piece of a cashew, and he immediately threw up and his lip swelled. An allergy test later confirmed he was allergic to all tree nuts and eggs. That explained why he always threw up after he ate eggs. I thought it might have been an allergy, but he would always just throw up once and was fine after. I thought maybe he just had a sensitive gag reflex.

After the testing, we were given a prescription for EpiPens, told to avoid tree nuts and unbaked egg, and that was it. Nothing else. No one told us pistachios have the same proteins as cashews, and even if my son had safely eaten them before, he should not eat them again. We were told to avoid tree nuts, but assumed safely eaten ones before were okay. We were wrong. When Eli was 3, he ate a pistachio and went into anaphylactic shock. I did everything wrong. I waited to give the Epi, and instead of calling 9-1-1, I drove my son to the hospital. Those were almost fatal mistakes.

By the grace of God, and quick working emergency room doctors and nurses, Eli was okay. That scare definitely put in perspective how serious this was, and I realized I needed to start educating myself about allergies, because no one was going to hand me information. I joined several groups on Facebook, but I still felt like the parents were over the top and making a bigger deal than it was. I still didn’t ‘get it.’ Luckily, we haven’t had another serious allergy reaction with Eli since he was 3.

It wasn’t until I had my youngest son, Isaiah, I really started to understand the seriousness of food allergies. When he was a baby, he spit up a ton — every day, all day. Buckets of spit up. We thought it was acid reflux and tried to put him on a couple medications, but nothing stopped the spitting up. The doctor said he was just what they call a ‘happy spitter.’ He also had the worse cradle cap I had ever seen. It wasn’t just on his head, but also his face.

When he was about 6 months, I gave him a taste of yogurt, and he immediately spit it out. I thought it was odd, because my other boys loved yogurt. When I tried again, he got a hive. But I still didn’t put two and two together. A little later, he had a taste of shepherd’s pie and got hives around his mouth. I thought for sure he was having an allergy reaction to something, but I didn’t know what.

One night, I was at work and my husband called to tell me he had given Isaiah a taste of lasagna, and he broke out in hives and threw up. He told me he was bringing him to the ER. We got him tested around 9 months, and he tested positive to dairy, eggs, tree nuts, and peanuts. We later found out he’s also allergic to sesame, mustard, and grapes. I was still nursing, and once I stopped eating everything he was allergic to, his cradle cap (which turned out to be eczema) went away completely, and he stopped spitting up within days!

I felt so bad I was contributing to him being so uncomfortable. I started taking what other parents were saying on the Facebook allergy pages much more seriously. I started reading as much as I could about allergies. I learned that only the top eight allergens (milk, eggs, peanuts, fish, shellfish, tree nuts, wheat, and soy) are required to be on food labels. Foods like sesame and mustard can be hidden in words and phrases like ‘spices’ and ‘natural flavors.’ I also learned companies are not required to label for cross-contamination. So, companies are not required to add on a label whether or not food is made on the same equipment as peanuts or any other major allergen. I learned there are no labeling laws in place for things like shampoo and soap, and many contain serious allergens.

After my son reacted to the SMELL of melted cheese, I learned allergens can cause a serious reaction even if they’re not being ingested. I also learned anyone can be severely allergic to anything, and allergies can start at any time in a person’s life! You see, before our allergy journey, I was one of those parents who was annoyed my son wasn’t allowed to bring peanut butter to school. I was uneducated and ignorant when it came to allergies. That’s why I understand why so many people are still like that. Sometimes it makes me angry to hear certain comments or see ignorant memes, but I have to remind myself educating people and making them aware is really the only way people will understand.

I believe unless you’re living it, you may still not ‘get it’ 100 percent. But that’s okay! As long as people are understanding, helpful, and sympathetic, that’s all we in the allergy community ask for. That’s why we post so many articles and statistics on our Facebook feeds. We’re just trying to spread awareness! We want you to know allergies are not a choice. We’re not just overprotective, helicopter parents who are afraid of everything. We know the seriousness of food allergies and know that just a small taste, or in some cases, a smell or a touch, can literally kill our children in a matter of minutes.

Believe me, we want our kids to live very normal lives. We don’t want them to miss out on parties, school events, or any other fun activities! So, the next time you see a parent wiping down the seat at the movie theater with sanitizing wipes, and breaking out their own snacks and drinks, don’t assume it’s because they’re being overprotective. We’re just trying to experience normal things with our kids, while keeping them safe. Yesterday, my 3-year-old son, Isaiah, failed his baked dairy food challenge. He didn’t get hives. He didn’t even throw up. It was a few sneezes, some coughing, and itchy eyes.

Then, it was a red ear. And suddenly, it was if he was going to pass out. Not anything like we had experienced before. I only knew these were serious symptoms after known ingestion because I listened and learned from what other people have said. We’re discouraged, but we’re getting the hang of this allergy thing by now, and we feel prepared. I’ll continue to try to bring my kids to as much as possible and try my best to never let them feel like they have to miss out on life. I’ll teach them to read labels, use EpiPens, and advocate for themselves. Most importantly, we’ll continue bringing our own safe food everywhere we go, wiping down tables and seats, and educating others to spread awareness about the seriousness of food allergies.”

This story was submitted to Love What Matters by Rebecca Roscillo. Do you have a similar experience? We’d like to hear your important journey. Submit your own story here. Be sure to subscribe to our free email newsletter for our best stories, and YouTube for our best videos.

‘Call 911! Grab the Epi!’ Her lips were blue, she was white as a ghost.’: Mom recalls dramatic moments daughter has allergic reaction to foods, urges ‘she deserves to not feel like a burden’

‘She ate less than a bite of hummus before her 1st birthday and ended up with swollen eyelids and face, hives all over her body, projectile vomiting, and extreme drowsiness.’

‘I walked to the bathroom leaving a trail of blood. I had an ultrasound. They found retained placenta.’: Woman endures difficult pregnancy aftermath, discovers son has a cow’s milk protein allergy