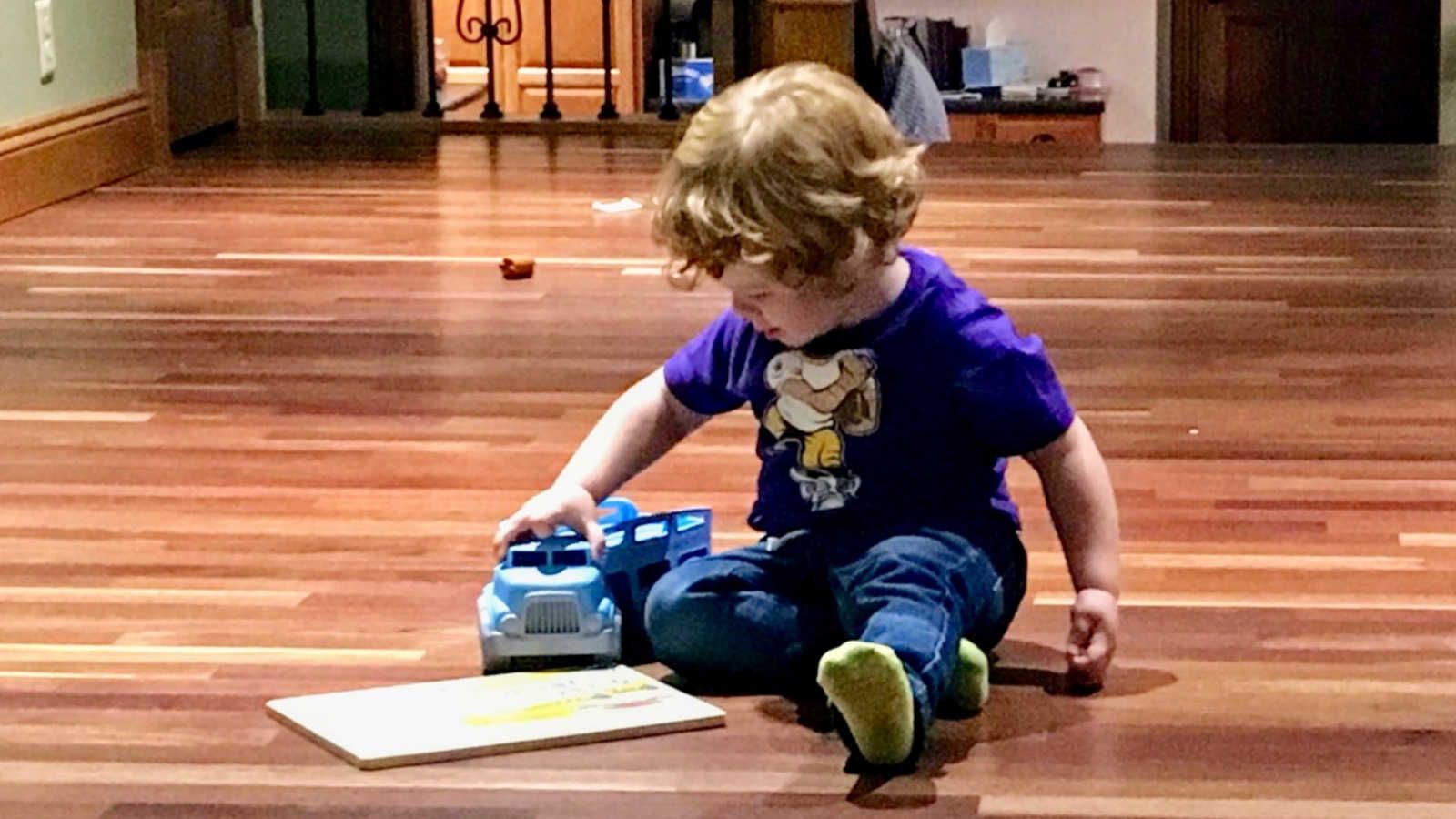 “I often find myself frustrated with my toddler, my little boy. Frustrated by the things that toddlers do. Frustrated by my lack of productivity while I attempt to manage the chaos that only a toddler can create. And frustrated that even when I do complete a task, he immediately tears through the house like a tornado, unraveling whatever it was that had been completed.

The truth is, he runs me ragged most days.

He doesn’t stop moving. If he’s not jumping on the couch, he’s running laps around it. If his hands aren’t rummaging through cupboards, they are splashing in the toilet. If he’s not coming in the door, he’s going out. And if he’s not wrestling with his sister, he’s wrestling with me as I attempt to remove any number of potentially hazardous items from the unrelenting grip of his chubby hands.

Most days, I wish for him to stop, to slow down. Just for a moment or two. But my wish is rarely granted.

So, as I watched him, sitting quietly for once, I enjoyed a moment of relaxation. My body and mind were simultaneously at ease, and I took a minute to breathe.

And as I sat, admiring his copper curls and thick fingers from a distance, I remembered.

I remembered the days spent begging God to allow him to move within my womb. I remembered the desperate prayers in which I asked to feel the stirring of a growing baby boy, a signal to my frail heart that he was still alive.

‘Let him move, God,’ I would silently plead over and over. And when I wasn’t pleading, I was praising, because those were the moments in which my baby boy was elbowing my abdomen or kicking my ribs or practicing somersaults. In those moments, I was assured of his well-being, and I prayed with joyful gratitude before he settled back into rest and I settled back into panic.

But God walked with me through the fear and called my baby boy safely out of my womb. And he hasn’t stopped moving since.

I don’t always make it through these days of mothering a rambunctious toddler gracefully. I easily lose patience and become consumed with exhaustion. But by God’s grace my little boy continues to move. And in a brief moment of stillness, I was reminded that the constant motion is exactly what I prayed for.”