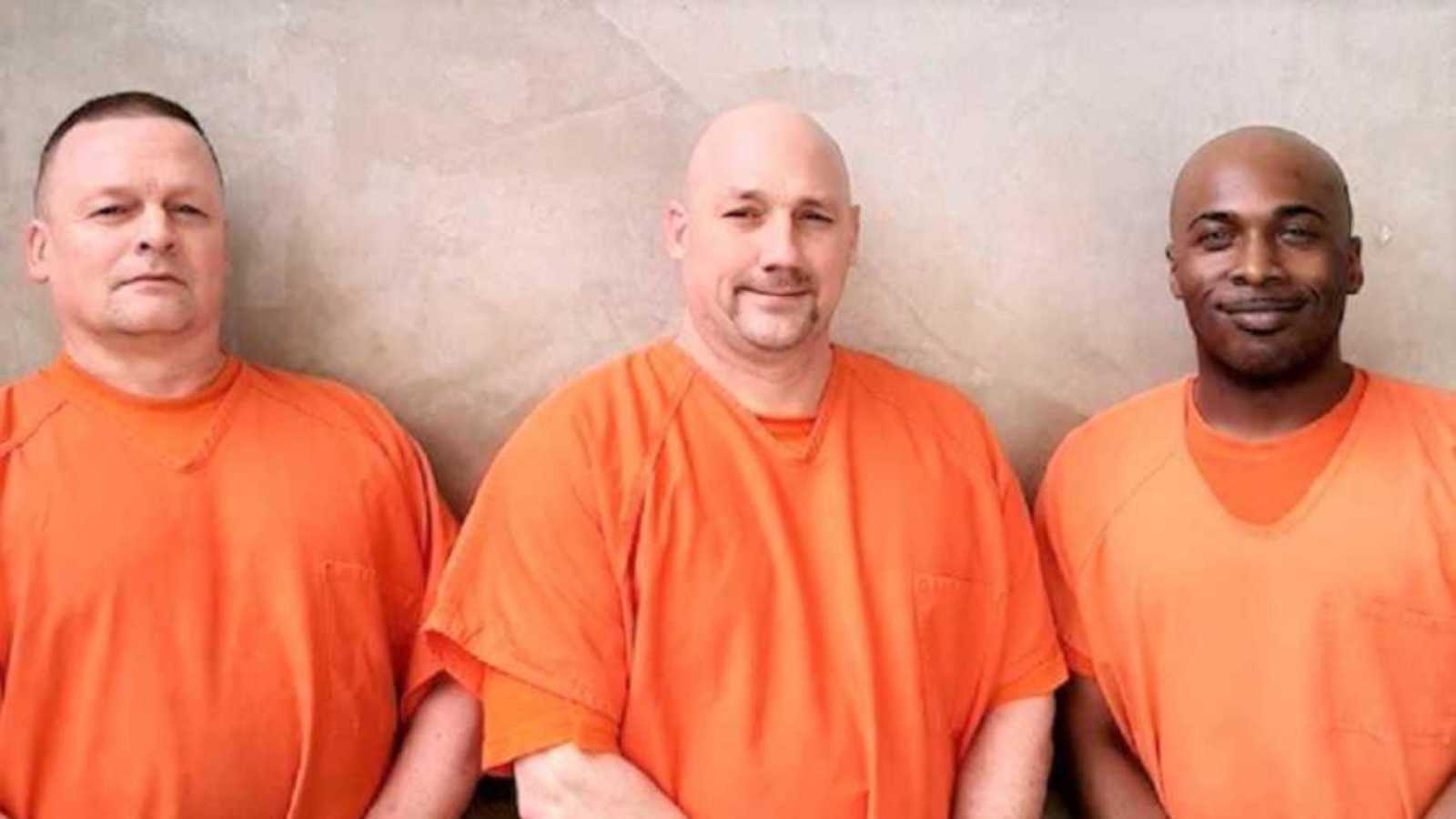 “Today, we at Gwinnett County Sheriff’s Office are deeply appreciative of these three inmates for the courage, determination, and kindness they displayed when they came to the rescue of our deputy who recently suffered a medical emergency while supervising a jail housing unit.

The inmates noticed our deputy appeared to be feeling poorly as he conducted his security procedures in the housing unit. Although they were locked in their cells, they kept an eye on him as he returned to his seat at the deputy desk, where he lost consciousness and fell onto the concrete floor, splitting his head open.

The inmates whose rooms were close enough to see what was happening began pounding on their doors. Soon the entire unit was thundering with noise as many inmates pounded on the doors shouting for our deputy who lay unconscious and heavily bleeding on the floor.

Our deputy later stated while he did not realize he’d been unconscious, he became aware of what sounded like pounding drums and could hear inmates shouting his name over and over. He immediately thought an inmate needed help and somehow managed to rise to his feet and press the control panel to open cell doors.

Three inmates rushed out of their rooms to render aid to our deputy, who lost consciousness once again. The inmates sought help with the use of the deputy’s desk phone and his radio. Their efforts were successful, and help arrived almost immediately. We’re happy to report our deputy survived the harrowing incident and is recovering at home until he can return to duty.

These inmates came to his aid because our deputy, like most law enforcement officers, treats people with the dignity they deserve. These inmates had no obligation whatsoever to render aid to a bleeding, vulnerable deputy, but they didn’t hesitate. Many people have strong opinions about law enforcement officers and criminals, but this incident clearly illustrates the potential goodness found in both.

We’re proud of our deputy, whose strong desire to serve gave him the strength to activate the door release when he believed an inmate needed his help. In doing so, he released his rescuers. We’re proud of them, too. Thank you.”

This story was published by Love What Matters with permission from Shannon of Gwinnett County Sheriff’s Office. Submit your own story here and be sure to subscribe to our free email newsletter for our best stories, and YouTube for our best videos.