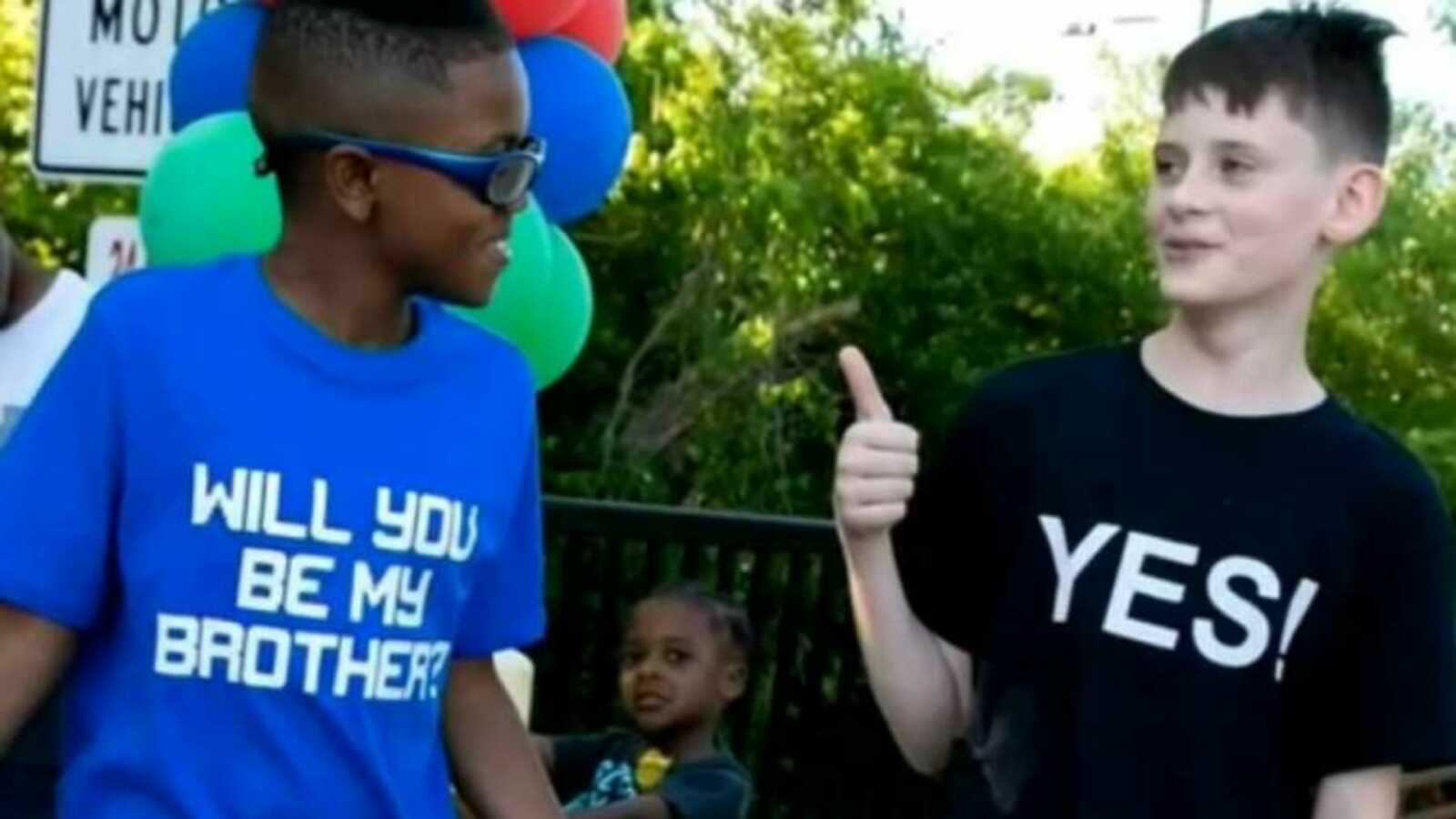 When Dominique and Kevin Gill of Nashville, Tennessee decided to become foster parents, they weren’t looking to adopt.

But when a boy named Andrew came into their lives in 2018, something changed. The couple couldn’t help but fall in love with him — even when he tried to push them away.

Before coming to live with the Gills, Andrew was in the foster care system for four years. His biological mom and dad lost their parental rights when he was 6, and he was the only sibling out of five who wasn’t adopted right away. By the time he met Dominique and Kevin at 10, he was understandably angry.

“During his first week with us, he sat in his room with the door closed and looked at old pictures. He didn’t want to talk,” Dominique told Today. “People would read his file and get scared away. But I knew he was a good child who had experienced a lot of trauma.”

One day, his foster brother Joc asked if he wanted to play video games. Andrew agreed, and the two of them bonded over the shared interest (and an obsession with Pop-Tarts).

Little by little, Joc’s friendship helped Andrew come out of his shell. Over the following two years, he opened up to his foster family. So when two adoption attempts from other families didn’t work out, Dominique and Kevin took it as a sign.

In June, they surprised the 12-year-old by wearing matching shirts, asking him to join their family forever. Of course, Andrew said yes!

Andrew officially became a Gill in July! While he may look different than his parents, brother, and sister, all that matters to them is that they love each other.

“Love doesn’t have a color. (Andrew) is our son just like Joc is our son,” Dominique said. “He’s a part of us.”

What a beautiful bunch! We’re so happy for all of them, especially Andrew, who finally has the love and care he’s always deserved!

‘What could he possibly be talking about?’ I was utterly confused. ‘You will always be my baby sister.’: Woman discovers adoption by grandparents at age 41

‘We could always give you one of ours.’ That changed everything.’: Adoptee and mom of 3 becomes birth mom in adoption, ‘I was called to carry him’