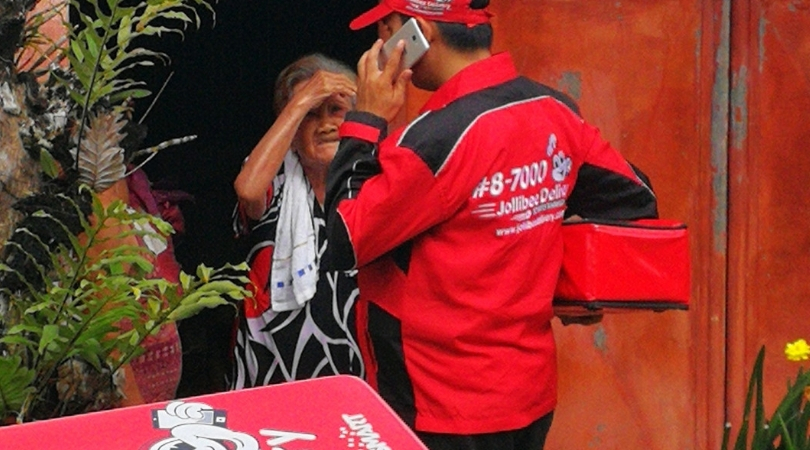 “My name is Maris Mayol Tian. Last Thursday, I had just ordered my breakfast from a placed called  Jollibee and my 92-YEAR-OLD neighbor saw me with the delivery guy.

When Lola saw him handing me my food at our gate, she called him over and asked him what he does… So, when he told her he delivers food that she would want to order… she proceeds by giving him her order.

I honestly thought he would just ignore her, laugh and be on his way, but he actually took out his own cellphone, dialed a number, and ordered for her!

There was a time when I hated Jollibee’s delivery service because they messed up a few times, but now I think I’m going to order more delivery from them.

So I just ordered my breakfast from Jollibee and my 92 YEAR OLD neighbor saw me with the delivery guy.When lola saw…

Since the post was shared, the delivery guy and I became friends on Facebook! He sent me a message to thank me for the post.  He was very grateful, which to be honest, I didn’t understand why he was thanking me, when in fact I didn’t do the good deed, I just took the photo!  He was very humble. He said that he was praised at work, he said it was a nice feeling.”

This story was submitted to Love What Matters by Maris Mayol Tian of the Philippines. Submit your story here, and be sure to subscribe to our best love stories here.

“I was usually good at hiding my bruises, but one day I didn’t do a very good job. ‘How did this happen?!’ my teacher asked. I told her it was from carrying firewood. Minutes after I got home, there was a man in a tan suit at my door. CPS. The beginning of my journey across 40 foster homes. I feel so lucky to have beaten the odds. Not for me, but for my sons. I’d go through my childhood 1,000 times if it meant my sons didn’t have to.” 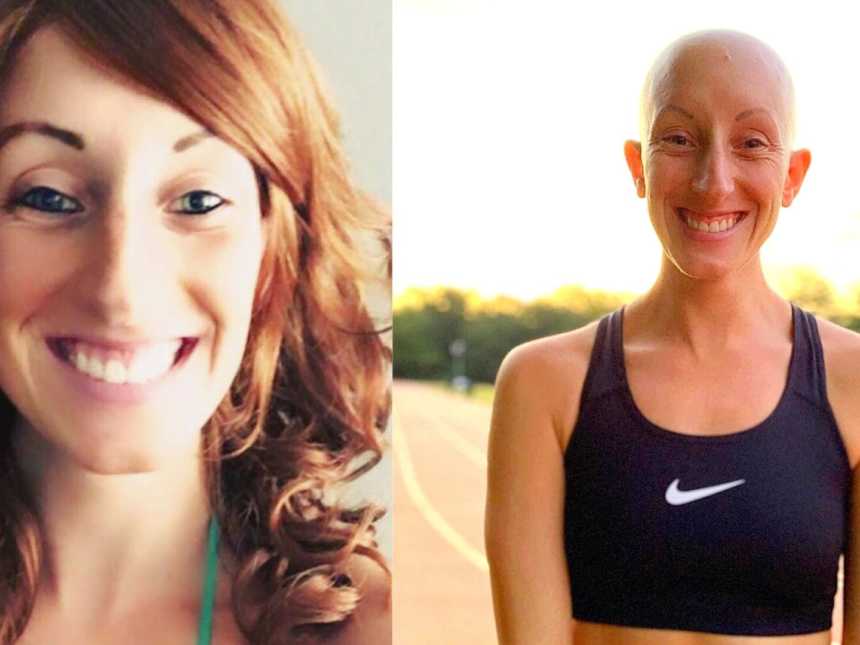 ‘I could never date someone without hair.’ I’ll never forget the look of disgust on his face.’: Woman with alopecia ditches wig, ‘It has shown me I can do anything I set my mind to’