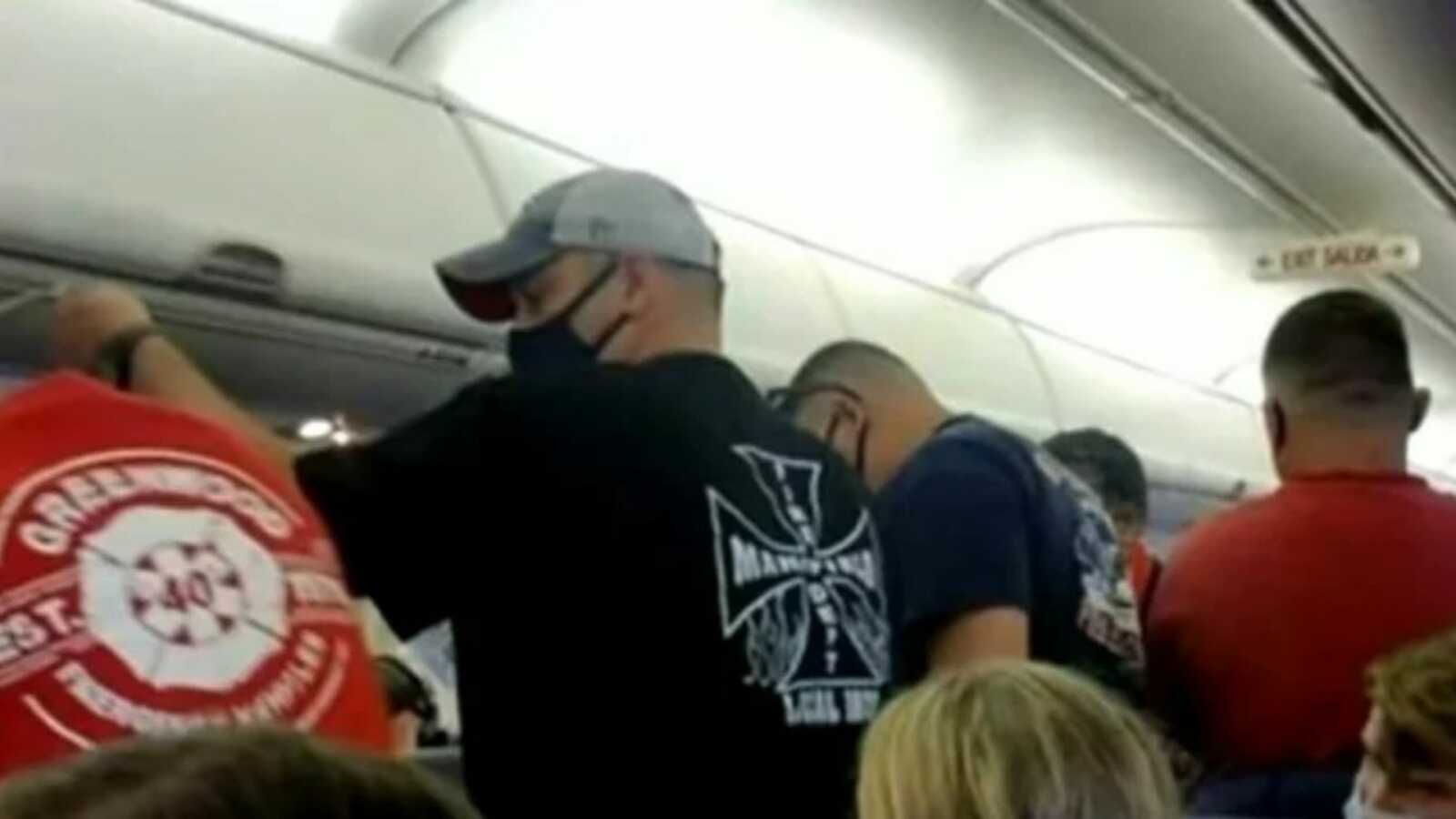 Whenever there’s an emergency, we’re reminded of just how crucial first responders are in our society.

A group of firefighters from Massachusetts recently boarded a flight out of Logan International Airport in Boston to visit the Fallen Fire Fighter Memorial in Colorado Springs, Colorado. They were enjoying the flight when they were suddenly called upon to help a stranger in need.

North Attleboro Fire Chief Christopher Coleman, Captain George McKinnon, Captain Josh Langille, Lieutenant Scott Langille, retired firefighters Jeff Badger and Rich McDonagh, and Foxborough Firefighter Cory Shepardson had been on the flight for about 30 minutes when they heard a commotion in the row behind them.

The man behind them was having a seizure, and as they observed him, he began to turn gray. Without so much as a sideways glance, the seven firefighters launched into action. They’ve been trained for emergencies like these, so the location really didn’t matter.

“As soon as we recognized that there was a problem, our training kicked in,” Coleman said. “We do this stuff all over the place, in all different kinds of settings. Never thought I’d be doing it in an airplane up above.”

The passenger was unresponsive, and when they carefully set him on the floor, they could not locate a pulse. That’s when each firefighter took control of the situation in their own way. One started an IV, one began chest compressions, and another ran to get the airline’s CPR equipment. Meanwhile, a fellow passenger captured a photo of the heroes at work.

It took less than a minute for them to revive the patient and get his heart started again. They got him sitting up and even talking as they waited to land at Chicago Midway International Airport to be taken to the hospital. The man is now expected to make a full recovery!

“A firefighter is never off duty and this proves it,” Coleman said later. All of these heroes received letters of commendation from the town for saving the stranger’s life.

We shudder to think what could have happened if these firefighters hadn’t been there to save the day!

‘Stay calm, keep moving. You’re getting out of here.’ The firefighter lifted me up. The lights faded, water filling at my feet. Panic set in.’: 9/11 survivor thanks firefighter for saving her life, ‘I will live each day to its fullest, never in vain of his heroism’