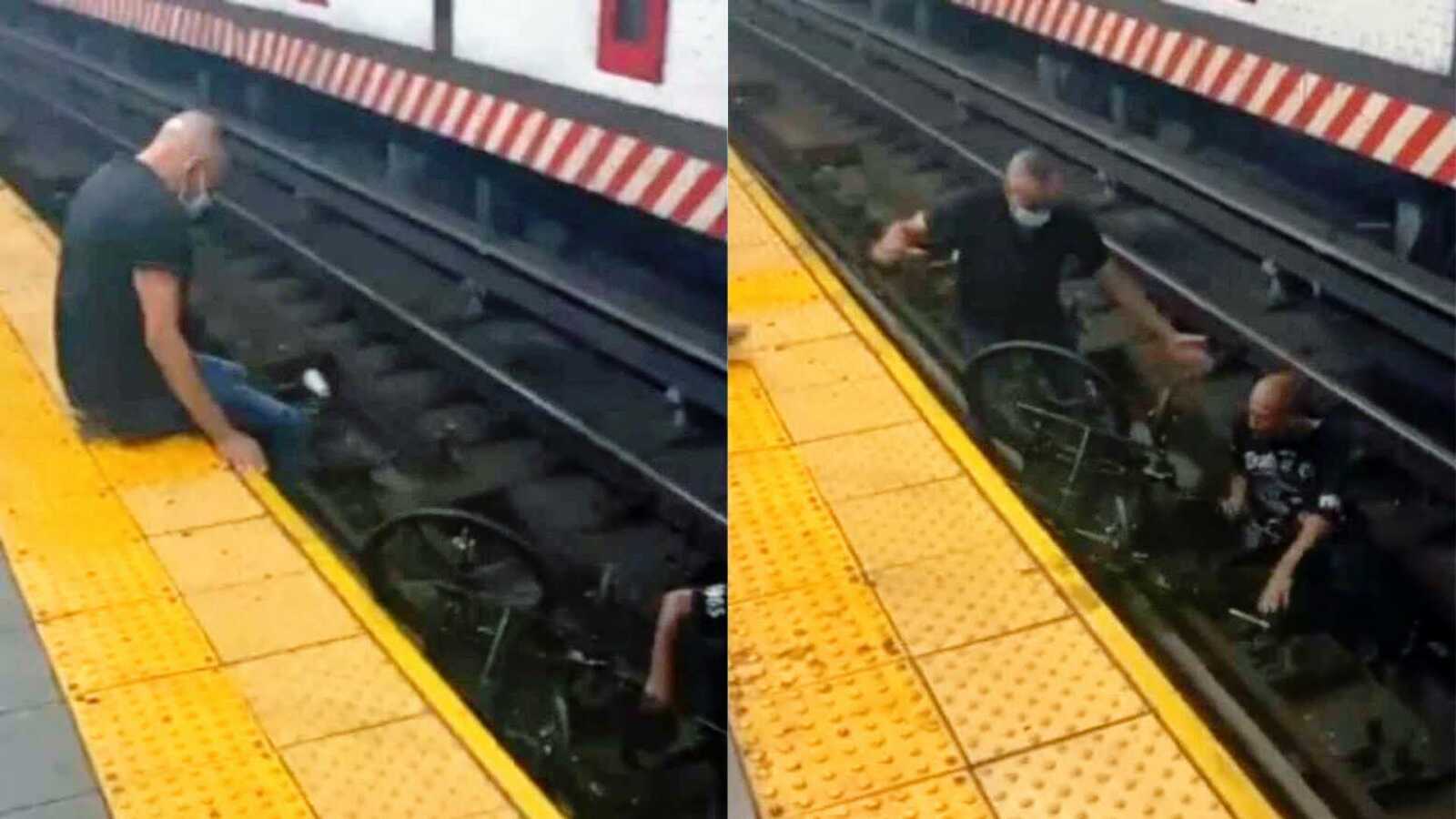 When a man in a wheelchair was mere seconds away from a life-threatening accident, a kind stranger put his own safety at risk to save him.

After falling onto the New York City subway tracks, the panicked man reached out for help. Thankfully, a brave passerby didn’t hesitate to jump down next to him. Soon after, others realized what was happening and joined in on the rescue. They pulled everyone out of harm’s way just in time — the train passed by around 10 seconds later.

Watch the dramatic rescue play out in the video below.

This afternoon in Union Square a man in a wheelchair somehow ended up on the subway tracks. Luckily, a Good Samaritan jumped down and rescued the man about 10s before the train came into the station. Huge shoutout to whoever the guy is who jumped down to help! #subwaycreatures pic.twitter.com/Uhx2drg2NH

Dear Newfound College Parents, Do Not Rescue Your Children