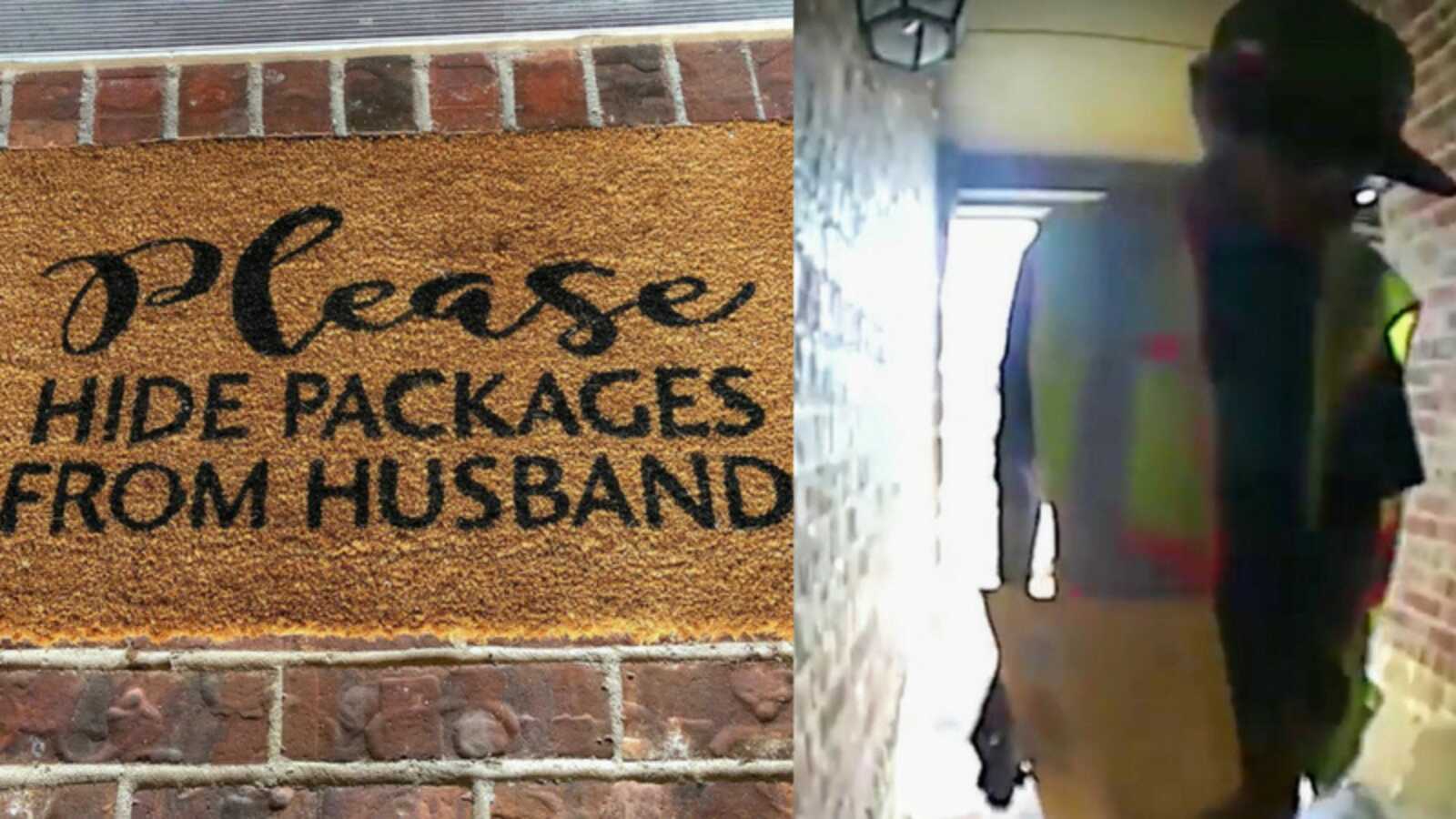 “My husband Kenny and I have been married for a little over 2 years. We recently bought a house, so I’ve been doing a lot of online shopping. About a month ago I came across the doormat at Kirkland’s and when I brought it home Kenny thought it was silly!

We love Amazon! The convenience of being able to order something one day and receiving it within 24 hours is amazing!

We’ve had other people deliver to the house and put it under the rug! But never actually try and hide it.

We were at dinner when Kenny got a notification on his phone that somebody was at our front door. So, we watched as he was about to set it down and then thought ‘maybe I should hide this.’ We both thought it was hysterical!

The guy went above and beyond. His attention to detail is on point!

I posted the picture and video because I thought it was hilarious. Never with the intention of it going viral, but hey now that over 8 million people have viewed it, this guy’s deserves some recognition!

He’s the star here. I’m still looking for him!

Everyone’s been asking, ‘What does your husband think?’ It’s hilarious because Kenny is the most laid-back human I’ve ever met.

He has the most infectious laugh and that’s about all he’s been doing. Laughing at this whole thing as it plays out. Ha-ha!!”

This story was submitted to Love What Matters by Vanessa O’Shea. Be sure to subscribe to our free newsletter for our best love stories.

‘The doorbell rang, and there he stood, brown package in hand.’: Nonverbal boy obsessed with UPS surprised with his own uniform 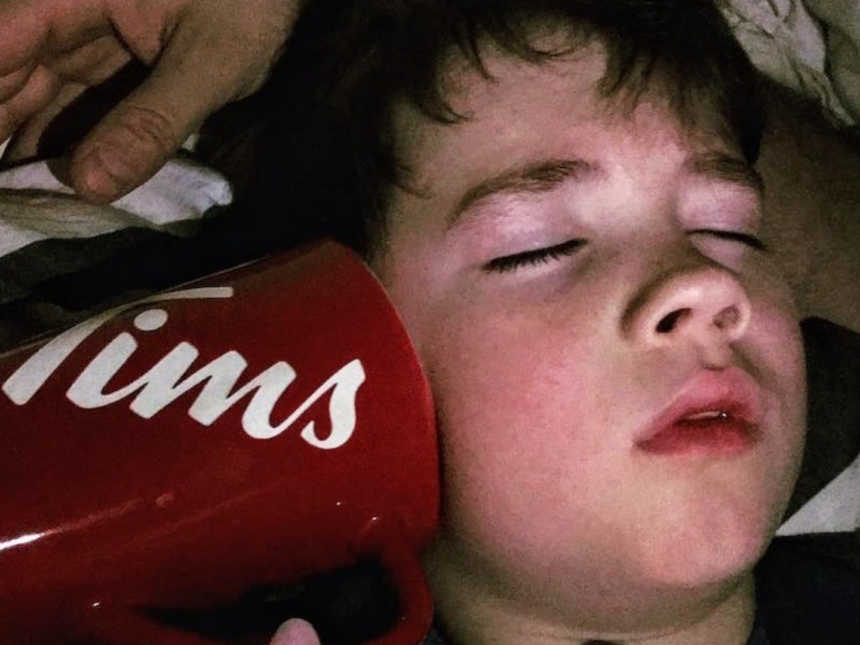 ‘I’m about to share a coveted family secret with you. With ears prone to infections and broken eardrums, I use this all the time.’

“Your child ever wake up screaming in pain of an ear infection? Because it takes 30 minutes for pain meds to kick in, this is the handiest trick you will ever learn.”