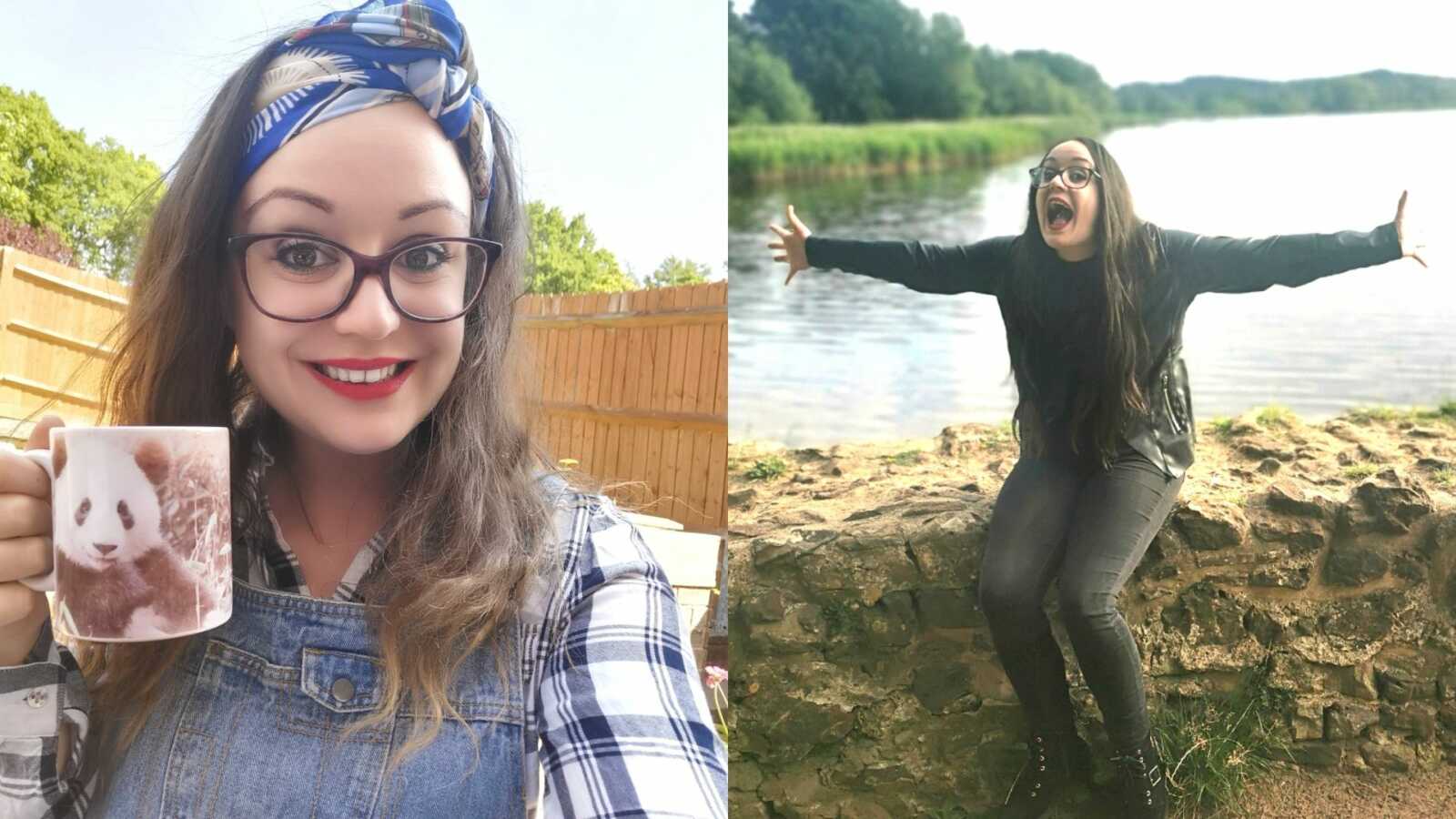 Disclaimer: This story contains mentions of sexual assault that may be triggering to some

“Growing up was difficult.

I often felt lost in my own mind. Like I was different from others around me. I was often switching between friendship groups because I just never felt like I fit in anywhere.

I had so many thoughts going around in my head but none of it made any sense to me, so how could I expect others to understand it either?

You see, for a year or so as a child, a trusted adult sexually abused me, and at the time, it was just the ‘norm.’ It may have been wrong, but I only blamed myself. Like I was the bad guy.

It was something I kept hidden for years.

No one would believe me and they’d definitely hate me for it.

‘Did I bring it on myself?’

So many questions going through my mind that would keep me quiet for years.

When everything came out about it, I was still young. It would have been a lot for anyone to deal with let alone a 15-year-old who had been carrying it on their shoulders for such a long time.

Honestly? It was the hardest thing I’ve ever had to go through, but it was out. Finally!

I didn’t have to hide anymore. My thoughts, my feelings, and all that happened to me were actually believed, and I could breathe a slight sigh of relief.

As I got older, I went from one bad relationship to the next. Often finding it hard to trust and build a solid foundation. Everything was always up and down with rows and high emotions.

‘Maybe it’s me, and I’ll always be this way?’ I’d often say to myself, but in reality, I just didn’t understand my own emotions to cope with relationships, so it all got to be too much for me.

I was confused, lost, and carried on feeling like no one understood me. Like I was the only person who felt those strong feelings.

I’d be constantly arguing and questioning things that didn’t make sense to me. I’d go from being okay to very angry in a matter of seconds over something that was seemingly small. The fear of being abandoned was too much and just made my paranoia even worse.

People around me just thought I was being ‘dramatic’ or ‘moody.’ Even saying I was ‘overreacting to things,’ but to me, it wasn’t an overreaction, it was a real feeling.

It was like my brain wanted to explode. Like a bomb going off inside my mind. Imagine losing someone suddenly; you wouldn’t be able to just shrug that sadness off. That’s what it’s like. A strong emotional pain that I can do nothing about.

I always assumed it was because of things in my past. People who were trusted would abuse that, and I’d be left with my own thoughts again. I didn’t want that, so I’d just push and push until ironically, they’d leave me.

It was a vicious cycle that happened from boyfriend to boyfriend and ended up leaving me fed up, lonely, and blaming myself all over again.

Instead, I just ignored all my feelings and concentrated on my friends. To me, it was a way of trying to forget my own problems and help others with theirs.

As I grew older, I looked for different ways to cope. I even used a rubber band to ping on my wrist or pinched my skin when I felt my emotions coming in. I thought it would make it go away, but if anything, it just made it come back even stronger. I hid behind a smile most of the time. I just plastered it on and tried to carry on.

After a couple of bad breakups, it was too much for me to handle and I suffered a psychotic episode. It was then that I sought medical help and was eventually diagnosed with borderline personality disorder.

I felt relieved. There was finally a reason for me feeling and acting the way I did. Everything started to make sense, but it wasn’t until I started to research it that I started to feel happy.

It wasn’t just me. There was actually a reason behind all my ‘ways.’

The thing with my BPD is that the trauma I suffered as a child, changed the way my brain feels and reacts to certain triggers and emotions.

When something simple happens, to others it may just pass by, but to me, if it triggers me such as feeling abandoned, for example, it’ll cut so deep and my mind will go into overdrive and will think all sorts…’They hate me,’ ‘They’re going to leave,’ etc. If something goes against my morals, I tend to see things as either black or white. It’s either one way or the other, there’s no in-between. No grey area.

There are a lot of misconceptions that I often hear.

‘Overreacting’—to me, it’s something I can’t control. I just feel my emotions.

‘Can’t see things rationally’—to me, it is rational. When feelings are so powerful, it’s difficult to go against them. I’m just reacting to how I feel.

But it’s all a process. Something that I have to learn to deal with and just learn better ways of coping.

Going from one failed relationship to the next, I finally found a man who understood me. Okay, maybe not fully, but it’s definitely a learning curve for everyone involved. But it made things a lot easier for me.

That’s when I started to look after myself again.

I learned I needed to give myself as much love and care as I give to others and put myself first.

After all, how could I help others if I wasn’t even helping myself?

So I went out…

I met up with friends.

I started writing out my gratitudes.

I spoke about how I was feeling.

I spent time with my family.

I watched silly videos to make me laugh.

I got involved in workshops to help me with my anxiety and learned emotional coping skills and started to enjoy life again.

I loved it as I got to meet like-minded people who actually understood how I felt so I looked for more people and found a community where I felt heard. Finally, I didn’t feel alone, and the things I said or felt helped to inspire people instead of pushing them away.

Now I’m taking each day as it comes. Enjoying the highs and even the lows of life because to me, it’s all about the Yin and Yang. With all the bad days that come, there will always be a million better ones. Yes, it’s an ongoing process one step at a time, but hopefully, I’m inspiring others to keep going too. For now, I’m taking time out for myself when I need it and trying to look for the smiles in everyday life.

A better mindset and more self-care are the things that are going to get me through the tougher days and make it all worth it.

I’m hoping I can show others that a diagnosis isn’t the end, it’s only the beginning, and there are so many like-minded people out there who you can connect with who will understand too. You are not on your own.

The power that pulls you through will give you more strength as you go through life.

When you feel like giving up, hold on to the good. Better things are coming, and they will always make those moments worth it.

Together we will fight.”

What To Say To A Sexual Assault Survivor

Let’s Make It Clear, Having Too Many Drinks DOESN’T Lead To Sexual Assault

‘There’s no way to prove he didn’t know you didn’t want it.’ Fighting back tears, I said, ‘I was asleep.’: Sexual assault survivor represses memory for 3 years. ‘If this is what I needed to go through to learn all of this, then I am thankful’

‘What will you tell your kids? They look trashy.’ I’ll tell them what my tattoos mean to me.’: After lupus diagnosis, sexual assault survivor uses to tattoos to ‘help me reclaim myself’